A weekly collaboration of always changing dancers, musicians and locations, Ben Brown's experiment in cross-discipline dialogue is the stepping stone for Shapes In Sound

A unique series of evening events featuring a variety of multidisciplinary arts – Extravagant Signals – is about to launch into its inaugural year (June 15-22 2013). 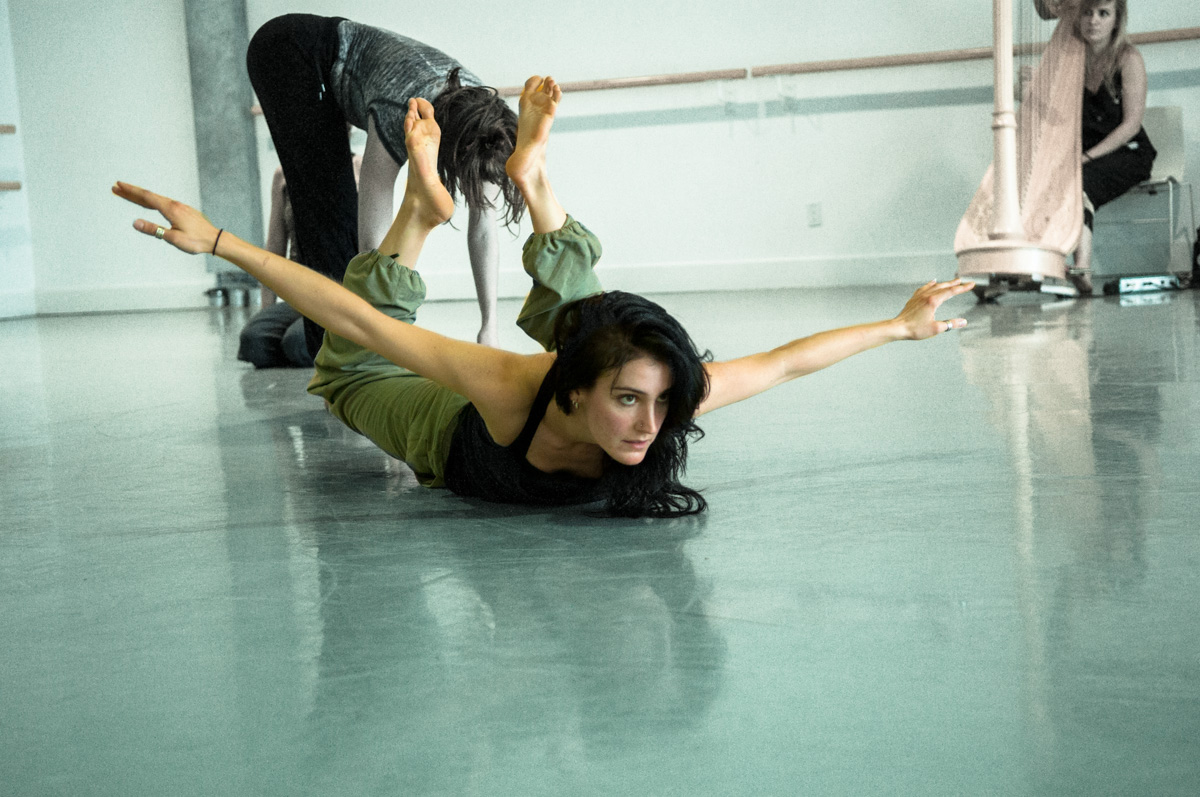 To prepare, Vandocument’s Shalon and Ash got a sneak preview of the improv music and dance programming that will take place at Gallery 1965 on June 17th.

Shapes In Sound is based on an ongoing series of workshops called Music and Movement Mondays, which began when Ben’s experience as a musician, combined with his love of dance, pushed him to explore the relationship between the two worlds. The sessions are a weekly sounding board for musician/dancer dialogue and collaboration. Truly experimental in nature, it all started with the immense, self imposed challenges of having new musicians and new dancers and a new space every single week. 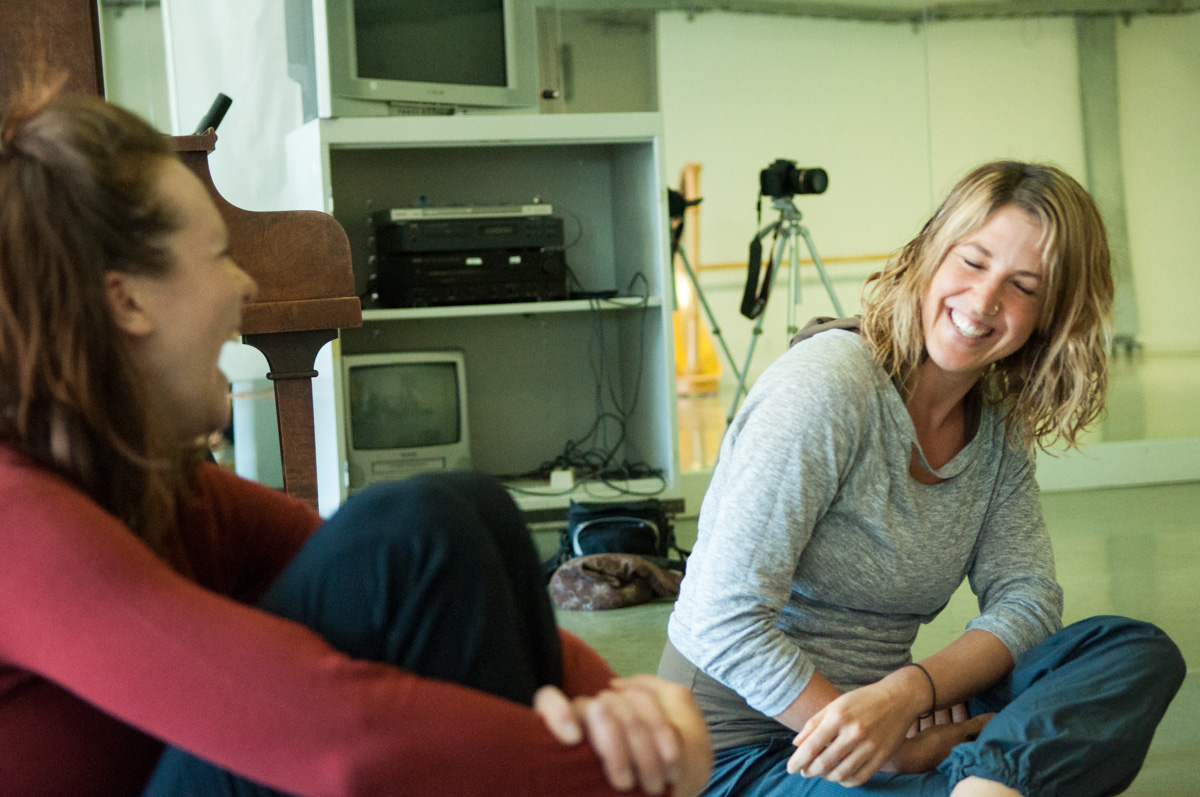 After a brief discussion between the dancers and musicians about how to shape the session, architecture and space emerged as the key themes to begin with and see where they may lead. Each member of the group reflected on his/her favourite building or space, and from these places the dance and music began.

The first score began slowly, contemplatively. With violin and cello in the corner, harp and drums across from them, the dancers began to move into the centre.

Watching improvised dance and listening to improvised music is akin to actually participating in improv because you never know what you’re going to get — it’s always best to be free of expectations. Miraculously though, something amazing often reveals itself when skilled improvisers come together. 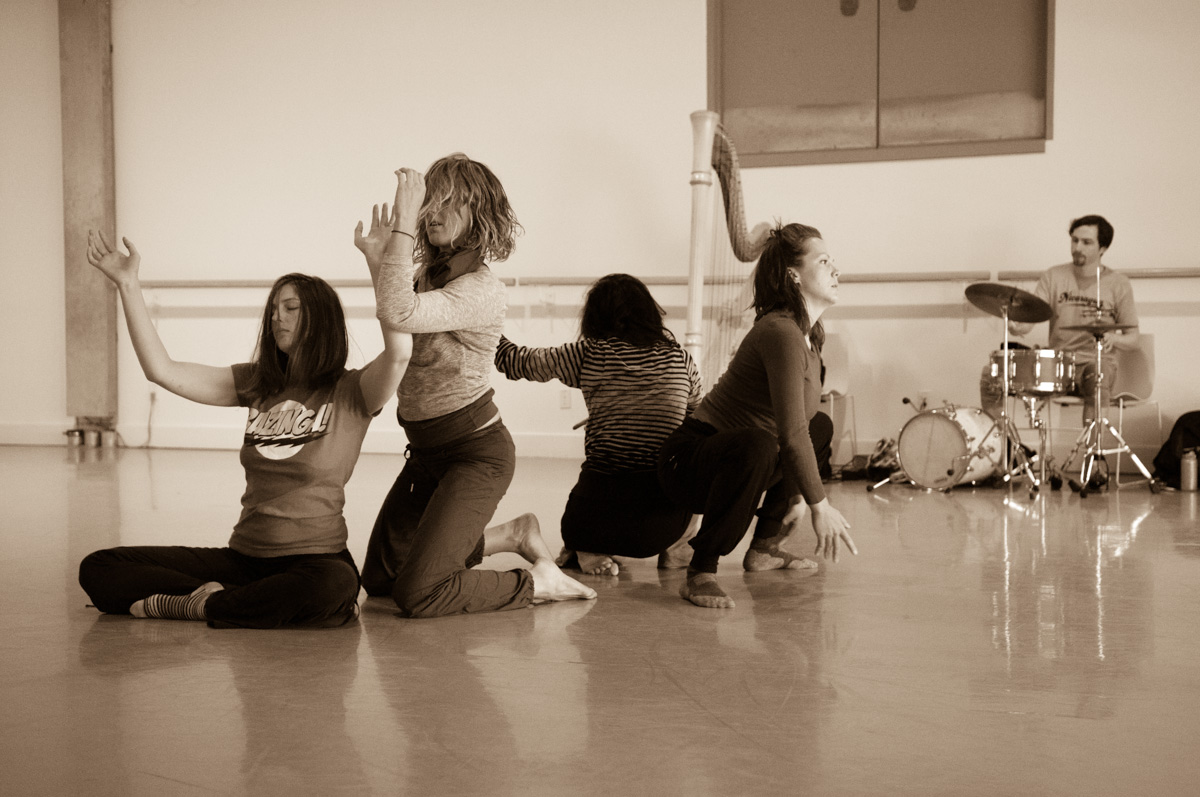 With Myoloa holding space in her seated centre position, the other dancers began to emerge from the peripheries of the room, drawn together almost magnetically. Fingers and arms twirled to sunlight, accentuating the plucking of Elisa’s harp. Space began to move and shift with the dancers’ bodies. 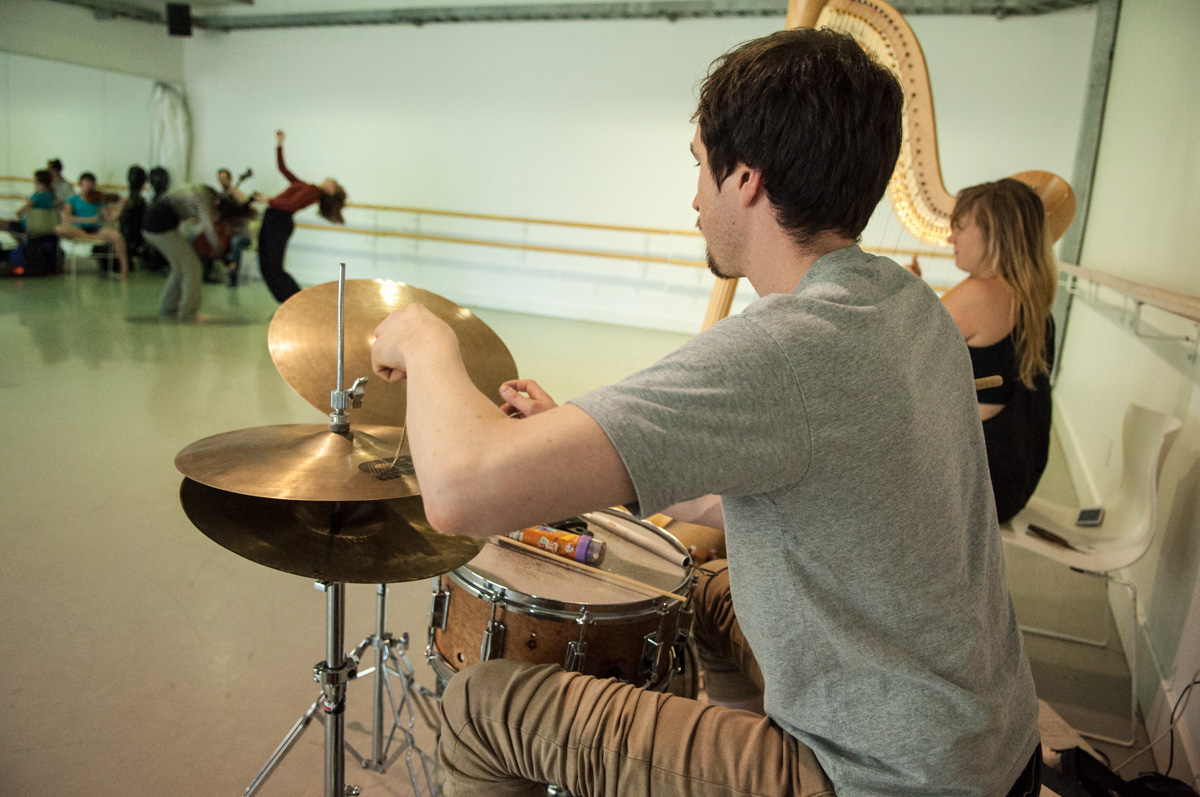 The dancers found and relied upon the nooks and crannies of each others bodies like the back allies, parks, bridges and the secret places that every city holds. It was unclear whether the space informed the dance, or the dance informed the space. Were the musicians informing the dancers? Or was it reversed? Perhaps all were playing equal roles, which kept the movements and sounds free, yet precise. 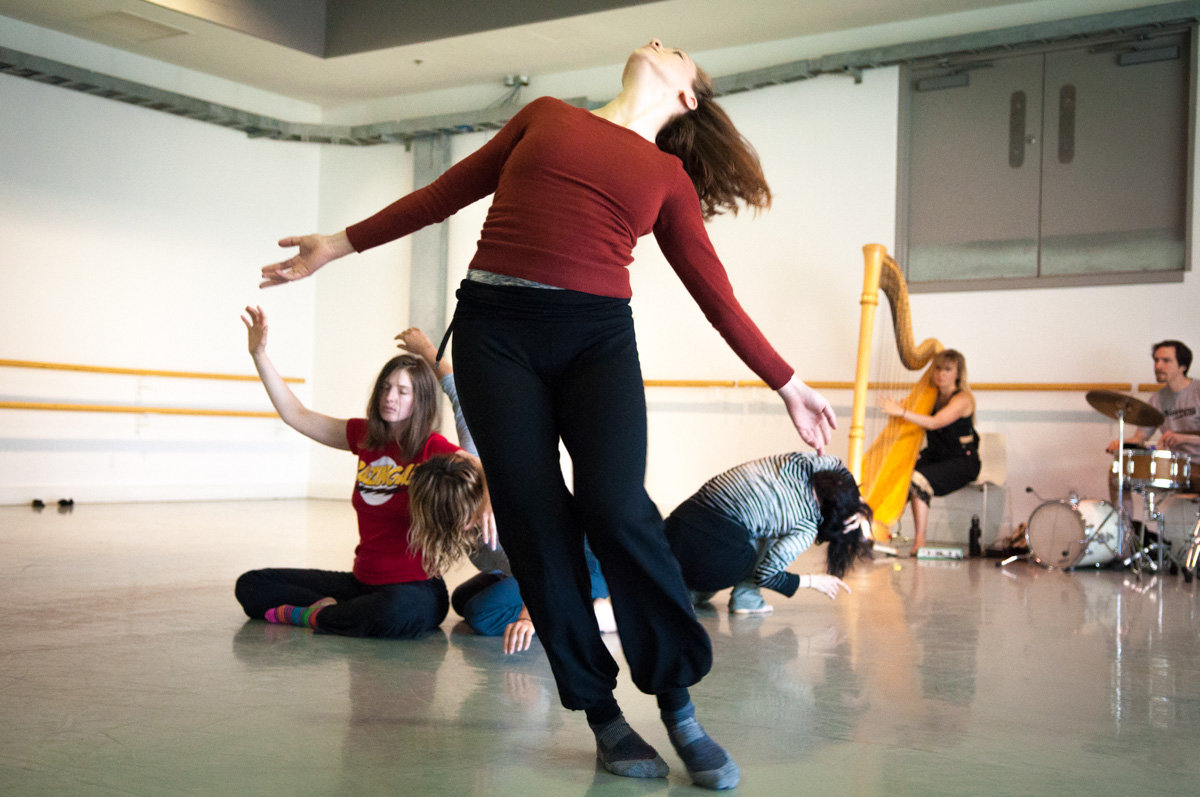 Gravity seemed to draw the dancers back down to the ground, hanging, suspending, holding, containing. From a brewing cauldron of bodies in motion, a transformation was emerging like smoke, and the relationship between independence and dependence congealed. The music scratched and screeched, chimed, plucked, rang, echoed and clucked. The interdependence between music, bodies and space revealed itself. 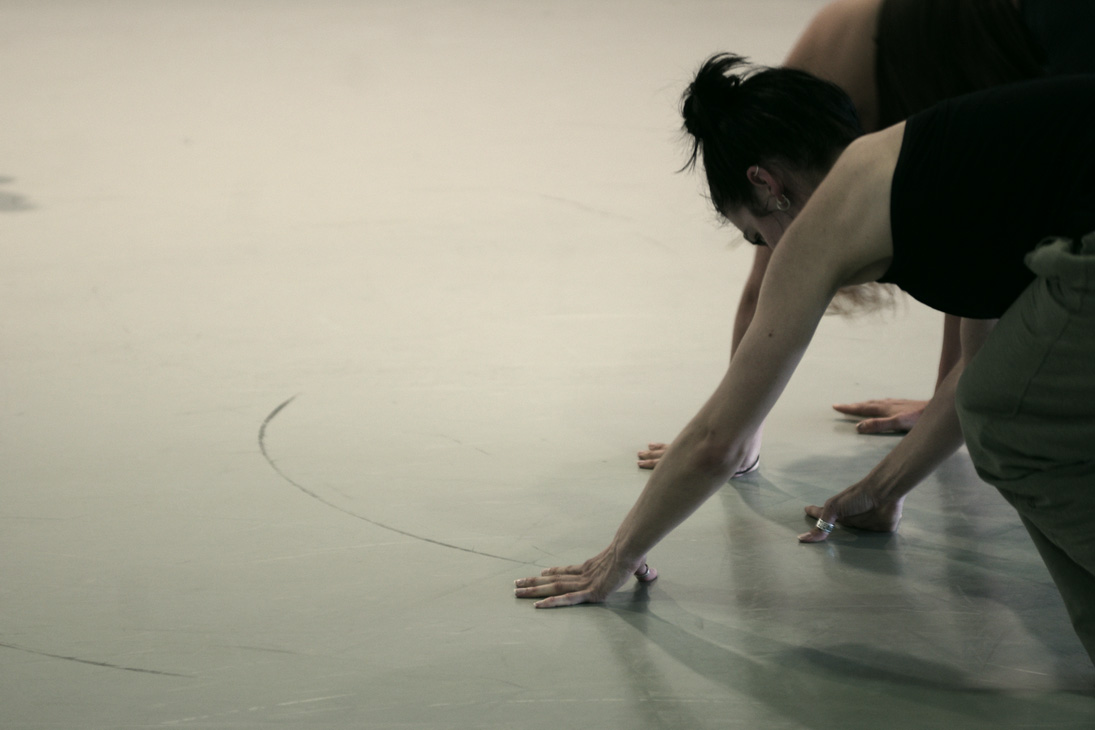 In near-unison, the music of the first act came to an end, the dancers found their completion as well. A discussion followed. Body-trained artists shared how they were moved by the sounds, sound-skilled artists shared, too, how what they witnessed moving before them shaped and skewed their rhythms. Ben’s goal to not only collaborate, but to dialogue and learn, was in full effect! 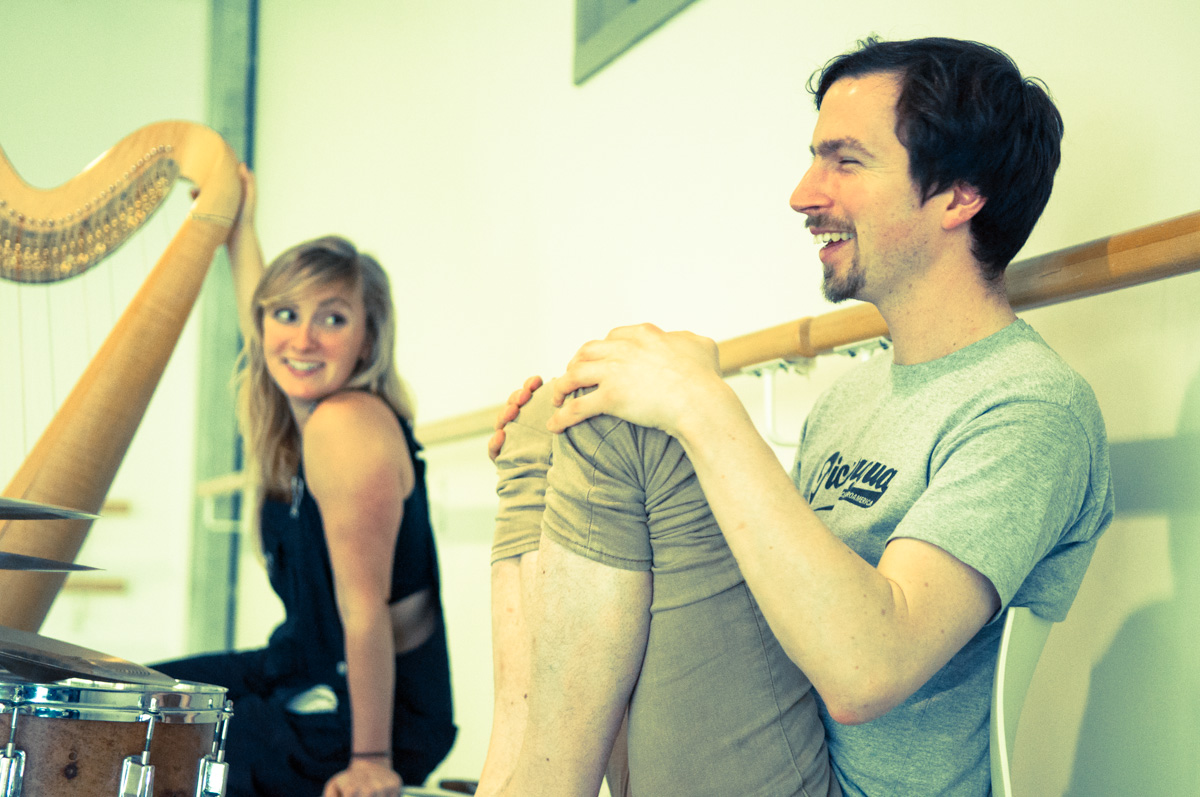 A new arrangement was agreed upon, and again the bodies began to move, the sounds began to take shape. With each succeeding act, the music would change, and the dance seemed like a dream.

Questions began to emerge: What depths lie within these spaces, physical or imagined? These bodies? What undoings take place here? What spaces are inside us? Between us? Behind us? Ahead? We wind ourselves up only to unwind. Pressure points dissolve and stories are released. Pulsing, scavenging, hunting, devouring, searching. Begging the unknown to reveal itself. It doesn’t happen all at once. 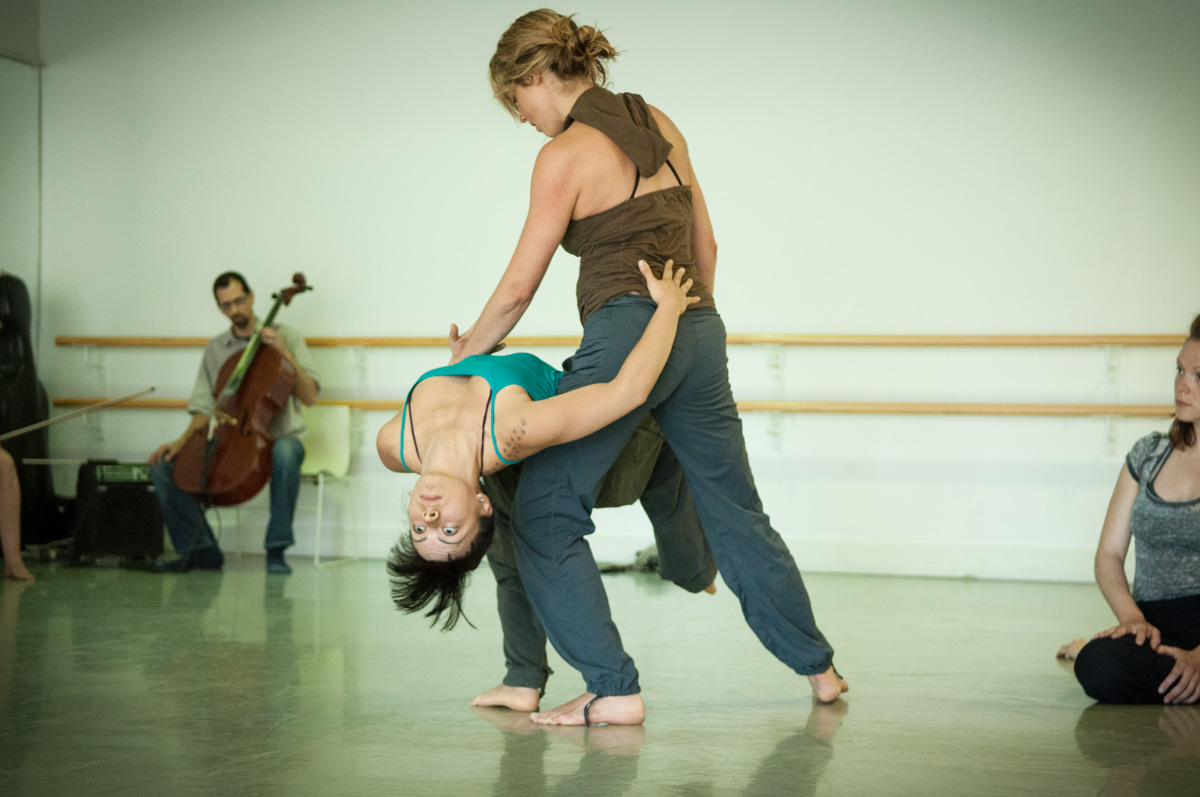 There is a certain spacial narrowness that we can come to inhabit, both real and imagined. We can consider the history of the body as place and ask ourselves, what remains once all material is gone? What stories are told through our arms, legs, faces, hearts, skin? Do we remain tied and bound to that which we cannot see?

Susan says Shapes in Sound is about conversation; between people, audiences, dancers, musicians, and space. It is about pushing dialogue and creating spontaneous discourse, bringing different disciplines together to see what new forms emerge. No plans, no agendas. Transformations and translations. 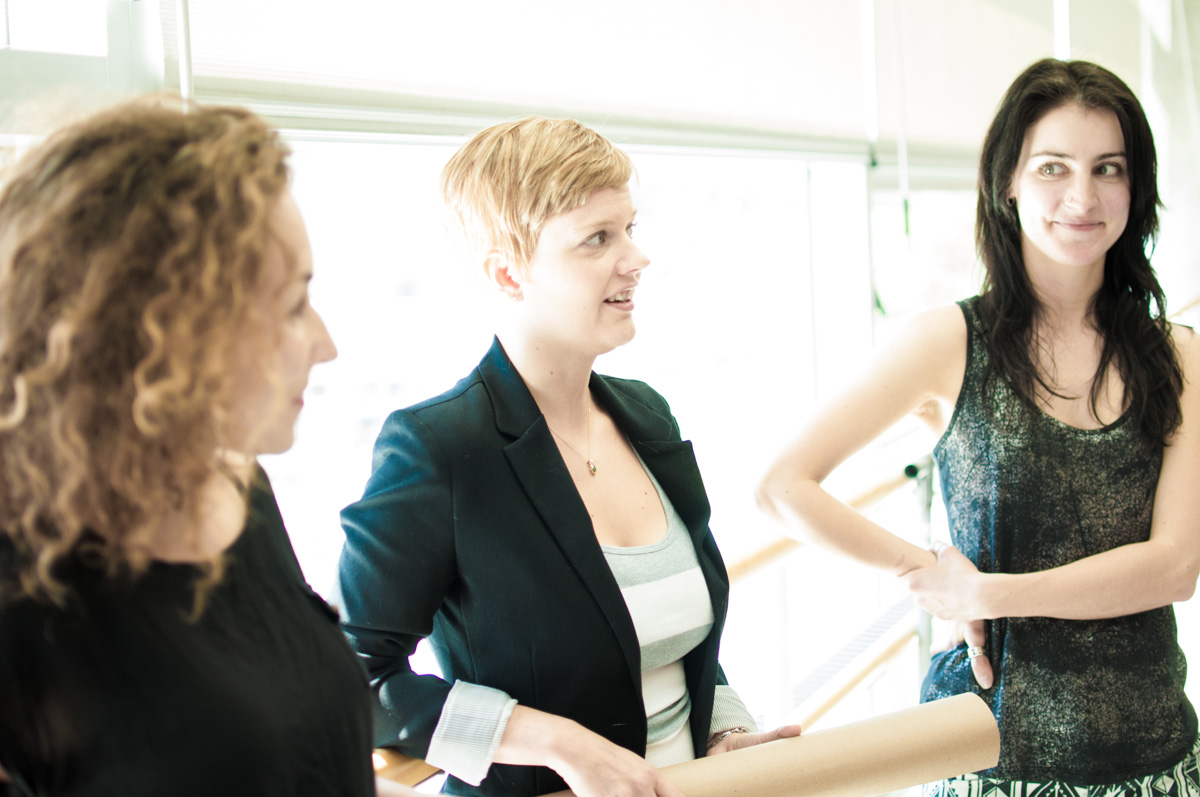 Even through the chaos, miscommunication and confusion things seem to work themselves out–the dance happens. The music makes it make sense.

Come and join the conversation on Monday June 17th! Extravagant Signals’ Shapes in Sound: an evening of live dance and music improvisation featuring tap, contemporary, hip hop and a line up of talented musicians awaits. https://www.facebook.com/events/451765764913259/ 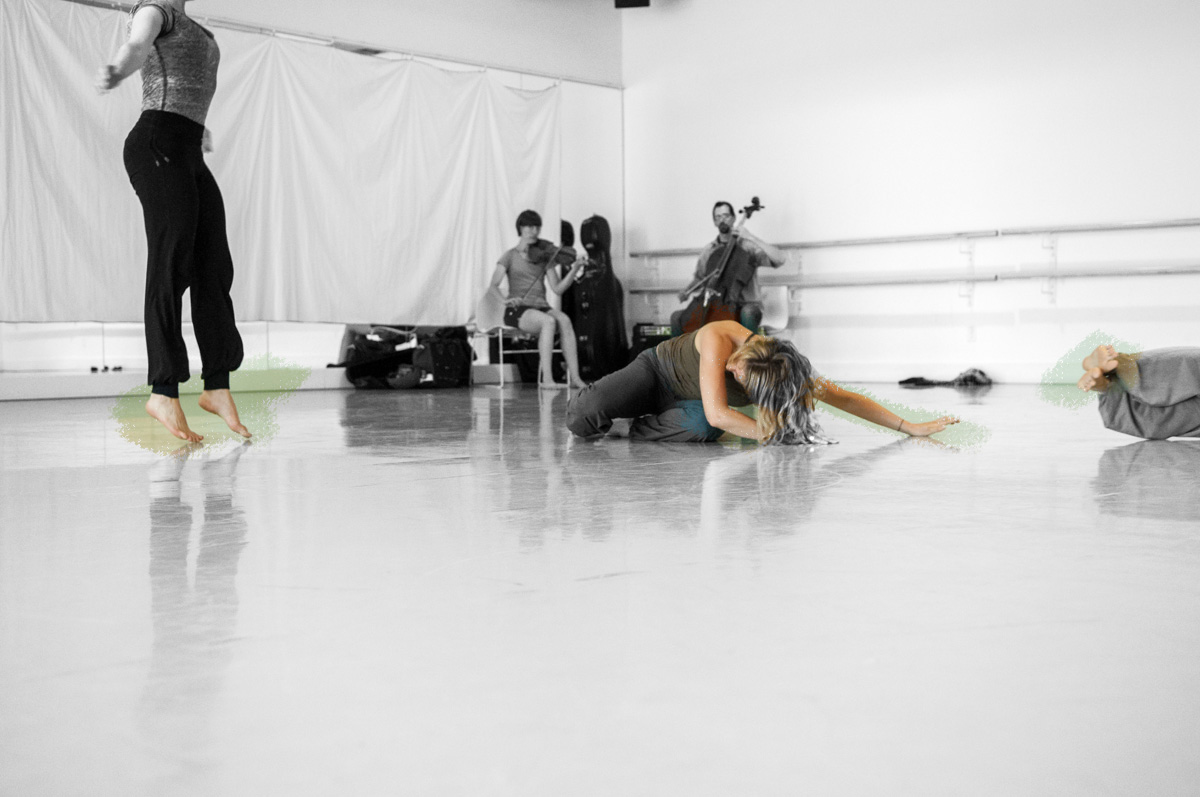 If you or anyone you know can help, Ben is looking for a space to support the Music and Movement Mondays series on an ongoing basis in the form of a residency. Please help spread the word! Contact Ben  604.715.5058  benbrown8(at)gmail(dot)com

Vandocument would like to thank all the musicians and dancers who performed at this session of Music and Movement Mondays.

A huge thank you to Ben Brown for his enthusiasm in making cross-disciplinary connections (very much up aligned with our principles!) and for being so “on it” with all communication in planning this review and photoshoot. 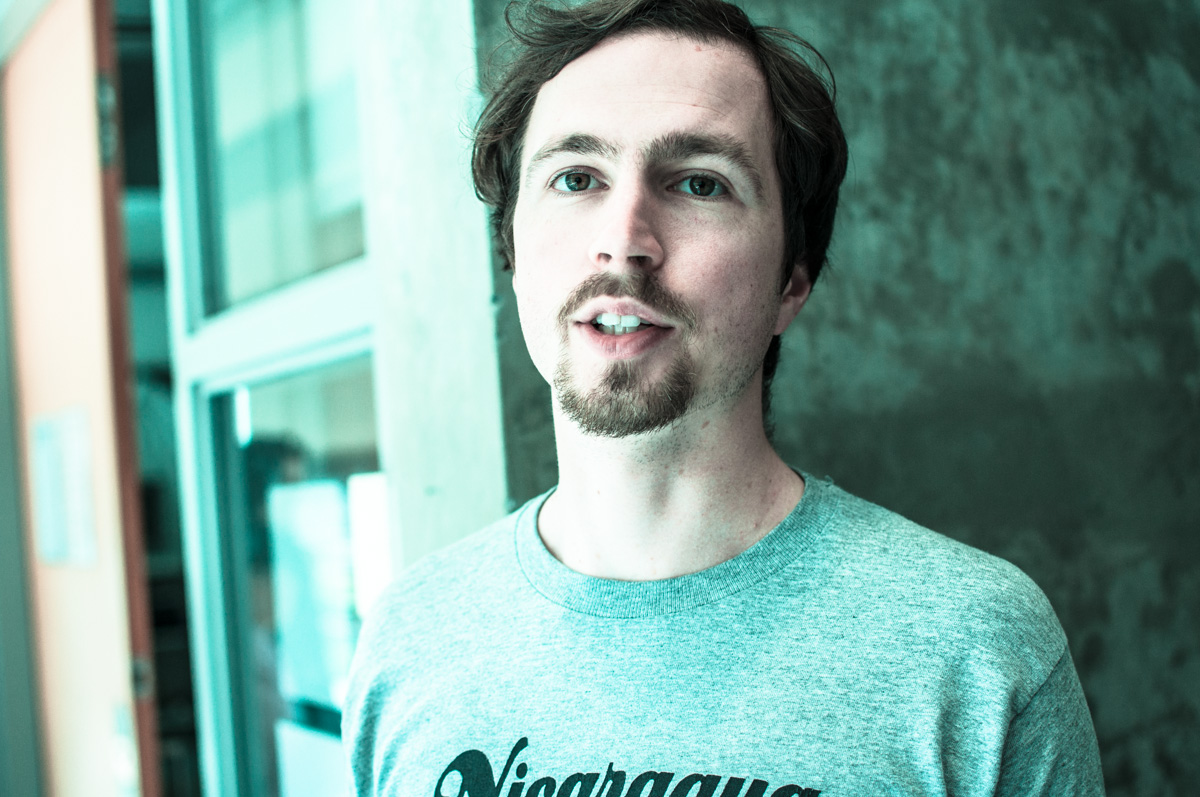 Thank you, as well, to Yvonne Chew for sharing a few of her photographs for this article. Your work is beautiful and immensely inspiring.

We’d also like to thank Barbara Adler for creating Extravagant Signals, such a wild and brave series of artistic events, and for putting us in touch with Ben!

We can’t wait for the Extravagant Signals to kick off! Long live #yvrart 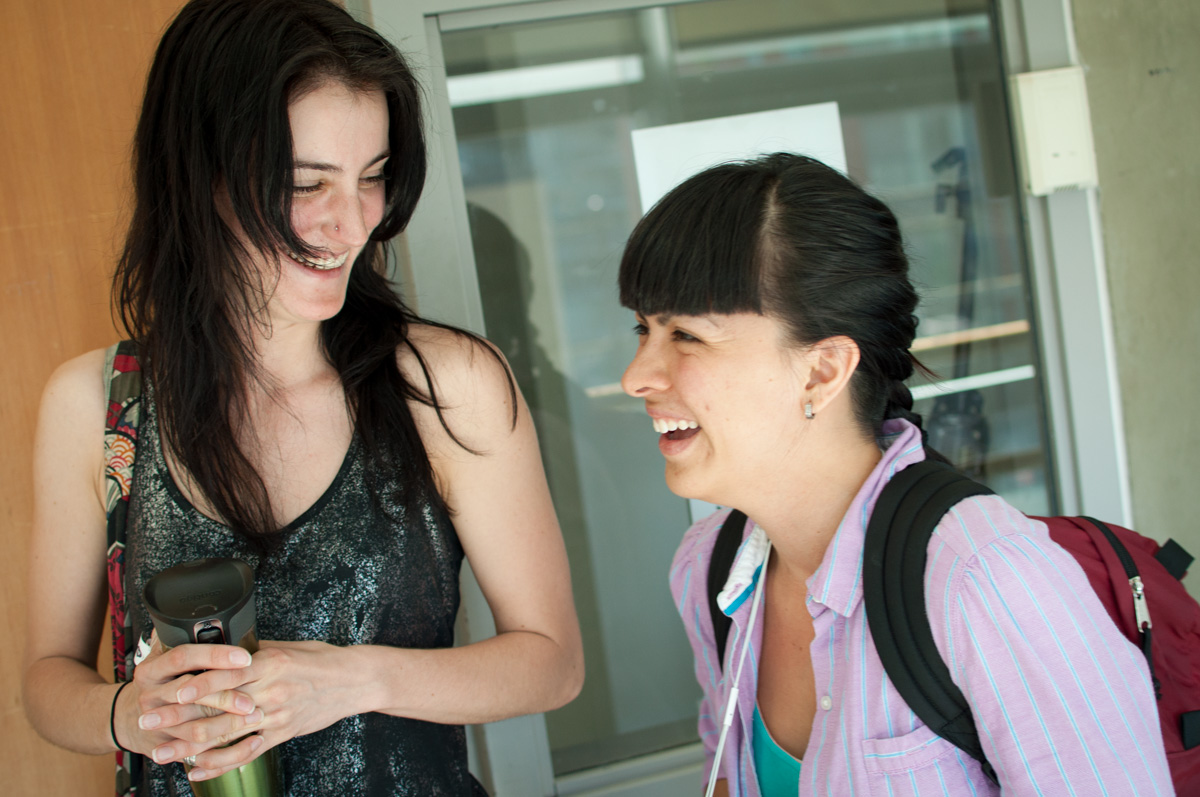 5 Responses to Music and Movement Mondays