Destroy Vancouver: Where the Noise Is

The piano is puckered with fingerprints. The crowd is made up of fellow Jazz Fest musicians and the luminescent public. The purveyors are tamed and titillated. Even as they seat, they are immediately engaged in the space – as a species. Two pages of sheet music adorn a music stand on stage. The host of the evening makes a joke; “I’m glad to see the spill over from the Taylor Swift show.”

We’re all here to see Destroy Vancouver, which is a noise performance series curated by drummer John Brennan. Tonight’s Destroy Vancouver has been co-produced by VIVO Media Arts and the Vancouver International Jazz Festival, and features American jazz drummer and composer William Hooker (who has worked with artists like Thurston Moore, David Murray, and Billy Bang).

John takes the mic and invites pianist Dave Chokroun to the stage. Dave jokes, “Just gonna play some standards,” as he lifts his body lithely to the stage. He goes to sit at the piano bench and hits a cymbal on the kit directly behind him; he jokes, “I haven’t started yet.” 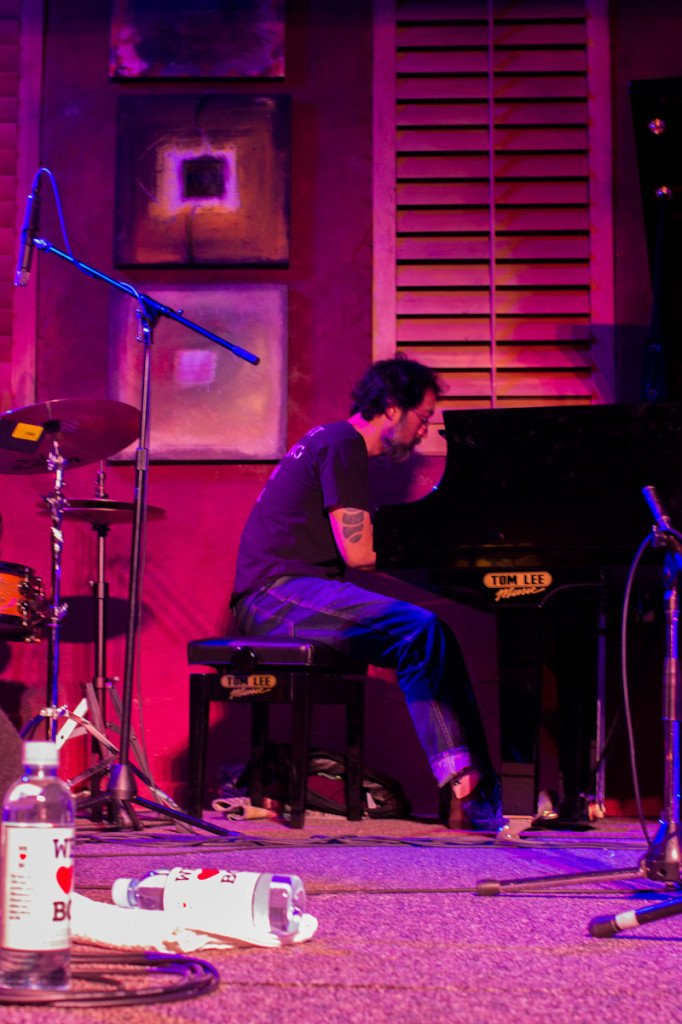 But then he bombards the keys with his fingers; the keys erupt cacophonously. The men in the crowd twiddle and twist their moustaches  Dave enigmatically uses his elbow and forearm to trap sounds. Dissonant and clanging, he surprises the audience with an interjection of what I assume is the Peanuts cartoon music and melodic idiosyncrasies, only to cajole the audience with delicate and subterfuge punctuations of the piano keys. Is this noise?

Throughout Chokroun’s performance, I’ve been intermittently fascinated by William Hooker, who has been sitting at the edge of the stage with his eyes firmly closed. Then suddenly, William is behind the left set of drums as Chokroun exits.

William closes his eyes and holds his sticks under his armpit. His eyes flutter. He’s battling his hi-hat and his kick drum. His nostrils flare. I don’t understand the rhythm. His eyes are closed, then he forces the sticks to the tom and the untightened snare and the bass in a sudden assault. 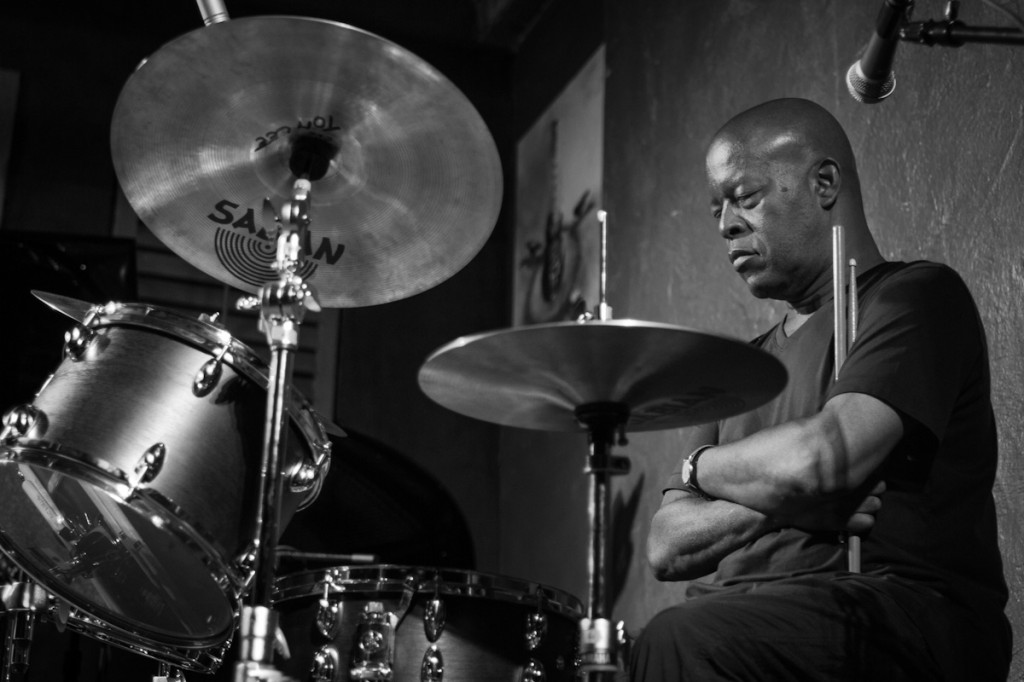 He returns his sticks to the crevice of his arm and torso (I believe they are Dave Weckl signatures). His eyes are still closed, abruptly, he snaps the snare, retreats, it’s stretched and compressed time made morsels; he sticks his stick back, delivers a roll and a thump, retreats; quick, roll and thump…

Watching his shadow is like watching a liaison between forms. He grips his cymbals, throws his sticks away, and retrieves new ones. The new sticks signify a new rhythmic idea. He is like claws. He flips one stick upside down and rides each cymbal differently, it’s like he’s turning little knobs, an all too human interaction with gears. He wears a watch. Will he ever look at it?

William lets out a groan, turns down the snare, utters “What you got, baby?” Retrieves timpani mallets. Plays immediately, like a delicate destruction. He’s shouting. Is it a battle or is it love? His intensity is palpable, as he strikes the skins and cymbals with closed eyes, finessed wiles, and precise deliveries.

V. Vecker and John Brennan enter the stage. Vecker plays the sax like he’s whistling to a nymph who is a secret in the garden, attacking each note to a rhythm of steps, contracting and detracting like firmaments of spirit. I feel haste; each hit from John’s drums is sharpened by Vecker’s saxophone, accompanied accordingly with an aerobatic depth of field, like loose narratives encased menially in glass cubes made to look like wood.

William returns to the stage and begins, in a commanding voice, to say “Time helped a current…” He’s reciting a beat poem which seems mildly symbolic due to the nature of his instrumentation. Its subject matter is water and gardens; this mild homage to jazz in this noisy reduction seems somewhat contrived. An oscillation occurs in the corner where John plays but it is made clear by William joining Vecker, stopping Brennan. He stops and reads, “Time helped a current… Approaching the garden… ”

The audience is stilled. “Stay the course,” he repeats. After William leaves the mic, closed eyes, he reimbodies the play. I am still curious of his clock; his watch. Willam is wailing now that he has spoken. Shrills, coil. I still don’t know if this is a battle or a massacre or love making? John reenters and, at this point, Vecker seems an unnecessary companion. William motions to Dave who enters the stage excitedly. Suddenly, Ironworks is dominated by glass-breaking rhythms. 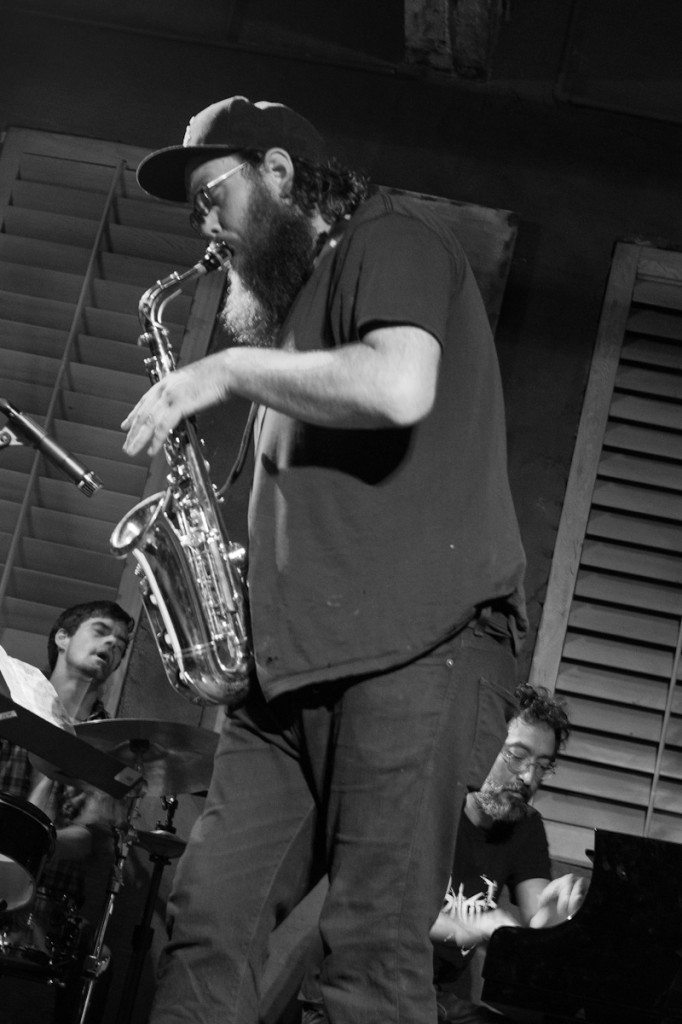 I look around and see a girl, holding her nose- it is bleeding.

William uses his hands to cast spells, he closes his eyes. He explodes as do the rest, after pitted displays of ability through nice interplay. He stops everyone except Dave, Vecker is more reticent to stop. Dave decreases his intensity, respecting the direction of William, and William calls John to play. Dave rocks back and forth, jumping in his seat. William is calling, shouting, until he finally throws his hands wide in cessation.

“Approaching,” he says. And he throws his sticks after a moment of reprieve. The crowd claps with delicate enthusiasm.

When I meet William following the show, I ask him how he approaches the drums. His response is, “my background is not in anarchy… I’m approaching the garden. What is the garden? Who is allowed?” I begin to realize that in a space and time like this, we should all be allowed. And that is where noise is. 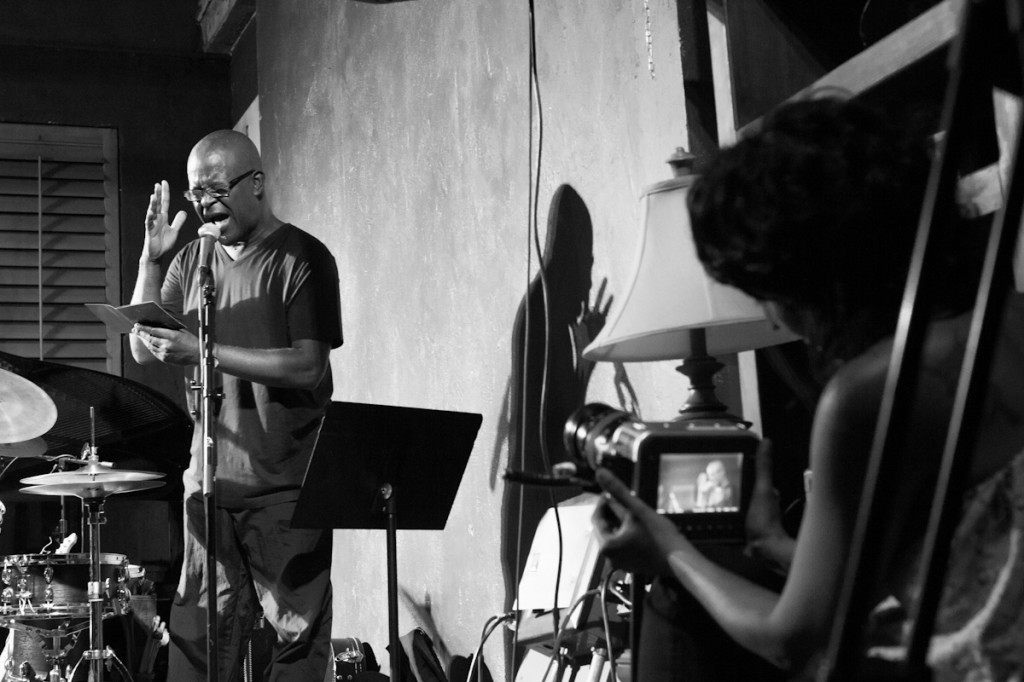 For more info, check out these links: 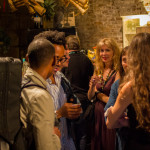 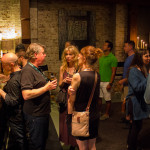 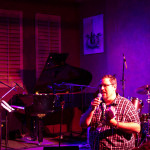 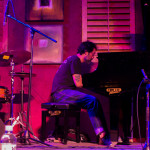 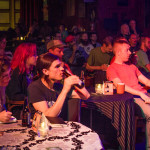 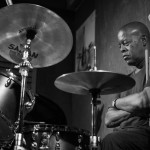 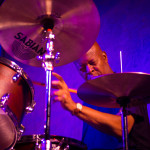 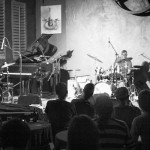 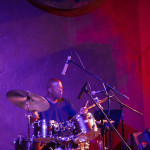 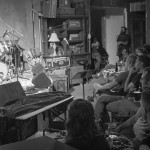 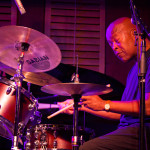 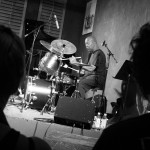 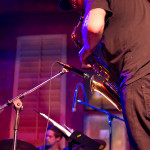 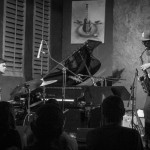 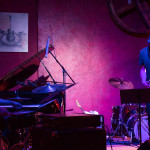 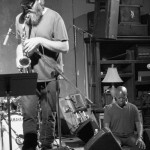 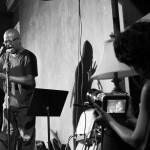 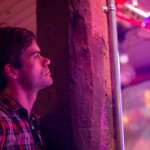 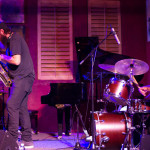 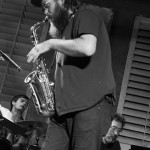 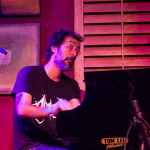 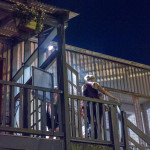 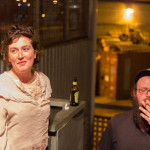 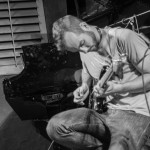 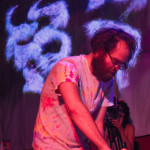 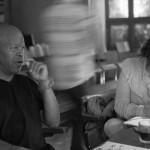 4 Responses to Destroy Vancouver: Where the Noise Is

Mine Agente at Merge