As media sponsor for Vancouver Art Book Fair 2018, VABF’s Helen Wong and Megan Low contributed the following piece to give you a taste of this year’s fair. We’ll see you there!

You probably know the Vancouver Art Book Fair (VABF) from the various iterations of tote bags seen around the city. If you’re wondering how you can get your hands on the latest design, VABF is launching their seventh annual fair from October 18-21 at Emily Carr University of Art + Design (ECUAD).

We are so excited to be hosting VABF 2018 at the beautiful Emily Carr University of Art + Design campus. A huge thank you to @emilycarru, @ecuad_library + their teams for all the support. We couldn't do it without you! ? #VABF #vancouverartbookfair

Earlier this year, it was announced that founder Tracy Stefanucci would be stepping down from her role as Director/Curator and long-time VABF members Lisa Curry and Sylvana D’Angelo would become the Director and Artistic Director, respectively. This marks an exciting new era of the fair that is reflected in its relocation and expansive programming.

Having spent six years at the Vancouver Art Gallery (VAG), VABF will be relocating to the new Emily Carr University campus in Mount Pleasant. The fair will be held on the main floor of the campus, allowing VABF to include an increased number of exhibitors, in addition to the ability to program more workshops and talks on-site. 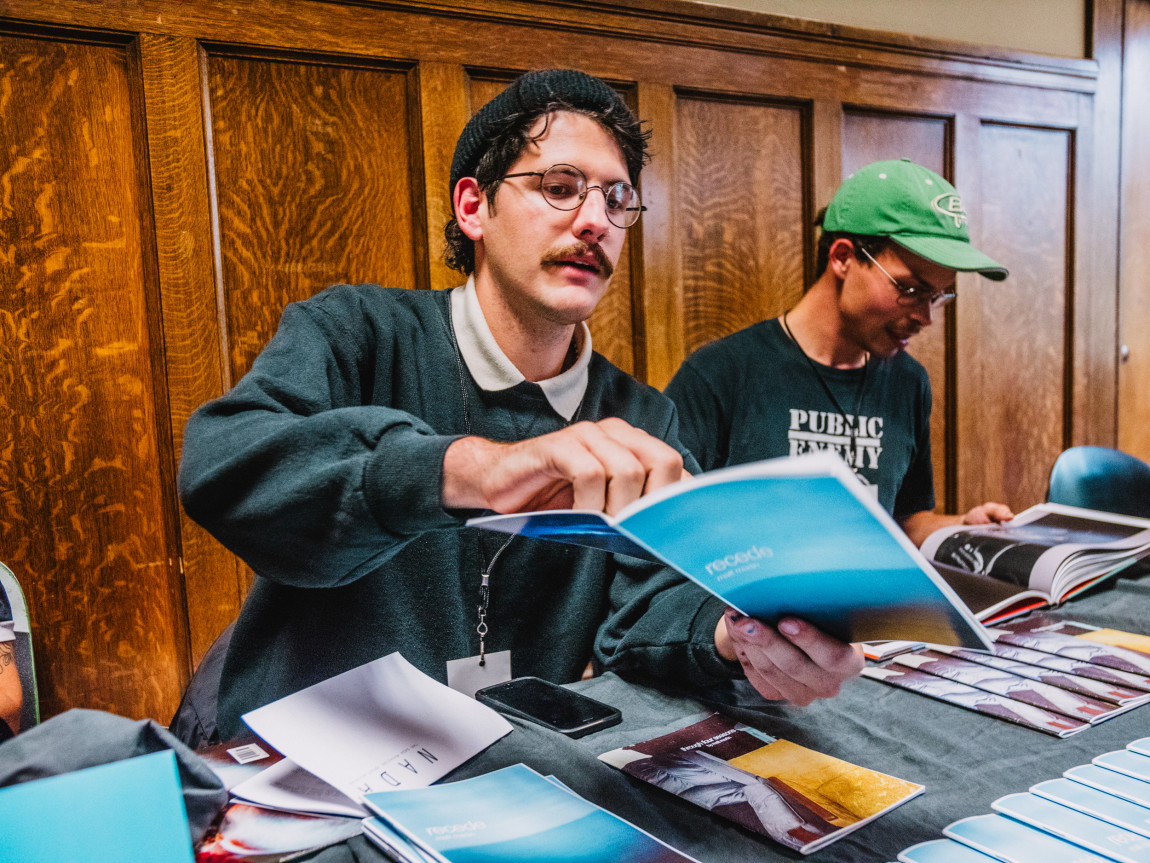 Visitors of the fair can expect to be immersed in a weekend full of readings, artist projects, performances, talks, and of course art books! In addition to the 80+ exhibitors that will be present during the fair, displaying their latest wares and creations, are a full line-up of presenters from Canada and abroad. Headlining as one of the keynote speakers is renowned artist Andrea Fraser. Fraser will be speaking to her publication 2016 in Museums, Money, and Politics, which examines the intersection of electoral policies and private nonprofit art institutions in the United States as a pivotal art movement. Parallel to Fraser’s talk will be a lecture by David Senior, Head of Library and Archives at the San Francisco Museum of Modern Art. He will lead a discussion on the intersection of artists’ publications and performance art. VABF will be hosting talks on October 20 and 21 from 12-5pm in the library. To view the full list of programmed talks, you can visit the VABF website. 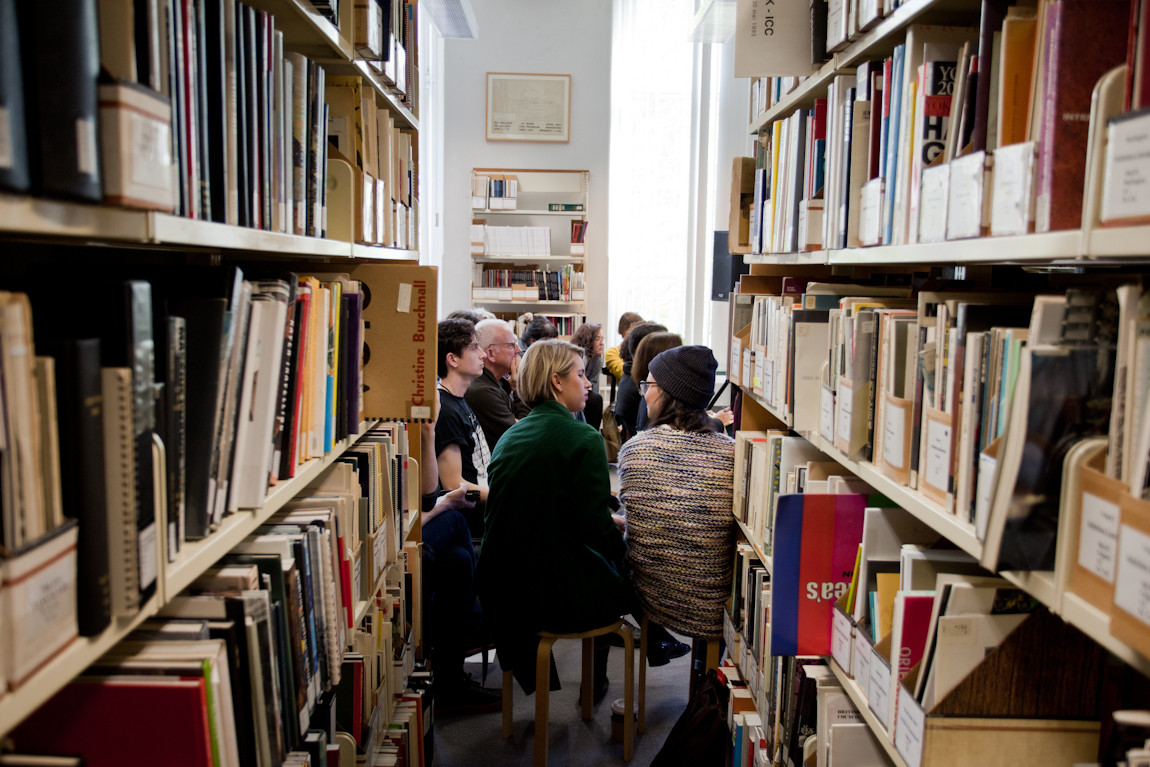 The new open floor plan layout of Emily Carr University is conducive to creating areas of different ‘happenings’ around the fair. In addition to the programmed talks, there will be artist installations, poetry readings programmed by SAD Magazine in the Rennie Hall, performances in the cafeteria, special projects in the Library, and a reading room in the Zine Zone. VABF encourages you to spend the weekend at the fair to experience a diverse line of programming and exhibitors, and to integrate yourself in the literary community in Vancouver. 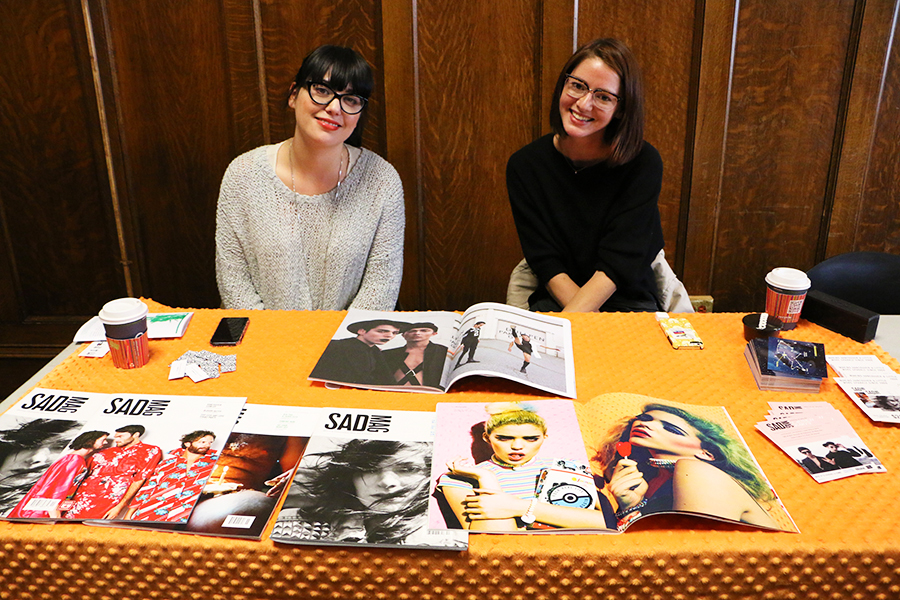 VABF also marks the start of Art Book Week, a week-long festival of events that relate to publication as an artistic medium. To get an exclusive first look at the fair, you can sign up as a member to not only receive first dibs on their latest tote bag, but to also attend the members preview on Thursday, October 18 from 6-8pm. Visit the VABF website to sign up as a member.

Thank you Helen and Megan!

And we’ll see you at the fair!

This year, our awesome sponsor VANDOCUMENT will again be at the fair taking photos! This is one of the images they took last year. . Thank you so much to Vandocument for capturing the VABF! . #vabf2018 #vancouverartbookfair