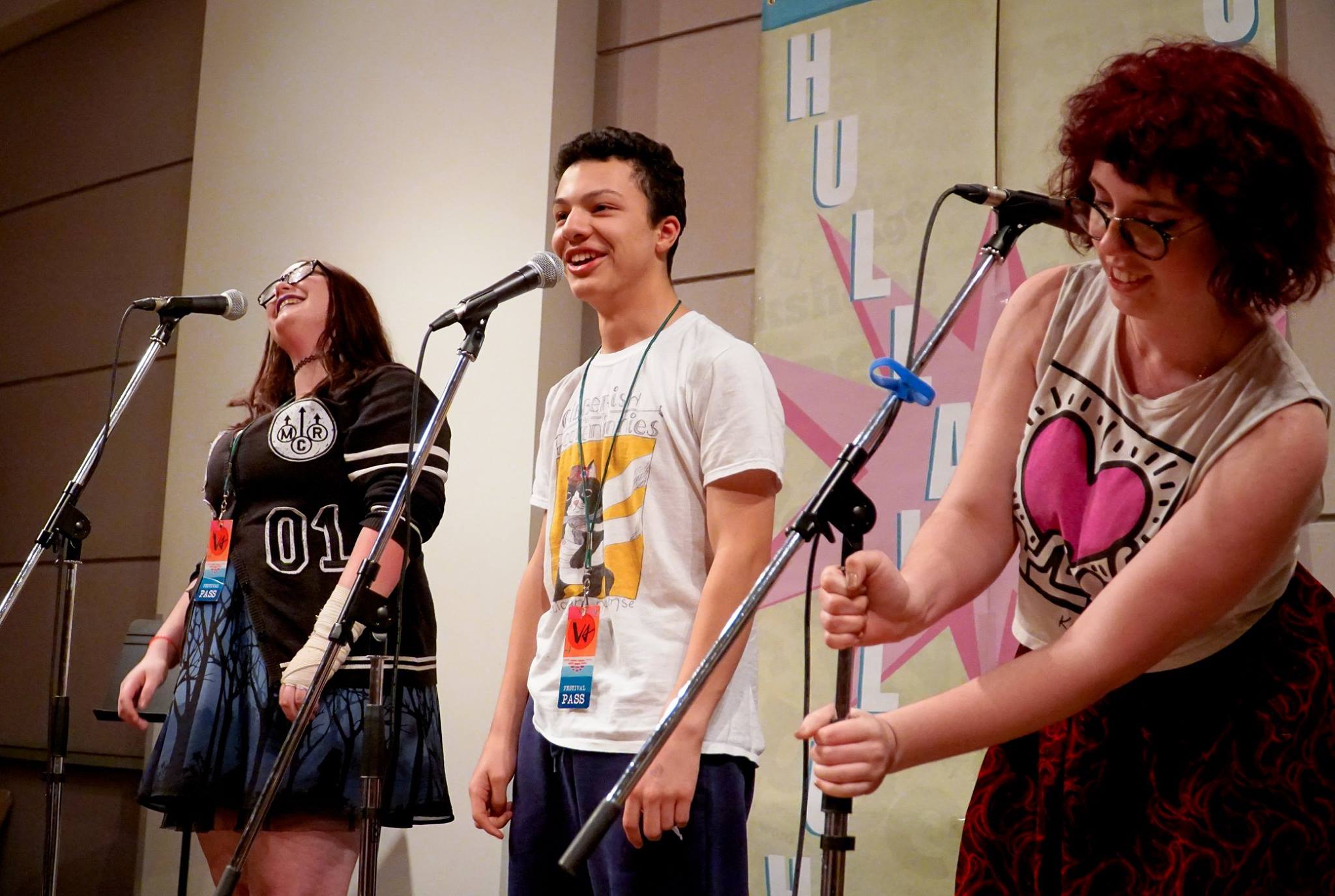 Hullabaloo 2017 wrapped up yesterday with its most poetry-packed schedule yet. Young writers participating in the festival, which is the youth stream of Verses Festival of Words, started the day by taking two of four possible workshops from professional poets and performers. The workshops included everything from methods for maintaining good vocal health to tips for writing about the subjects and experiences that embarrass us. For the rest of the day, the youth were buzzing with the writing they’d begun, the inspiration they’d found, and new skills they’d learned. 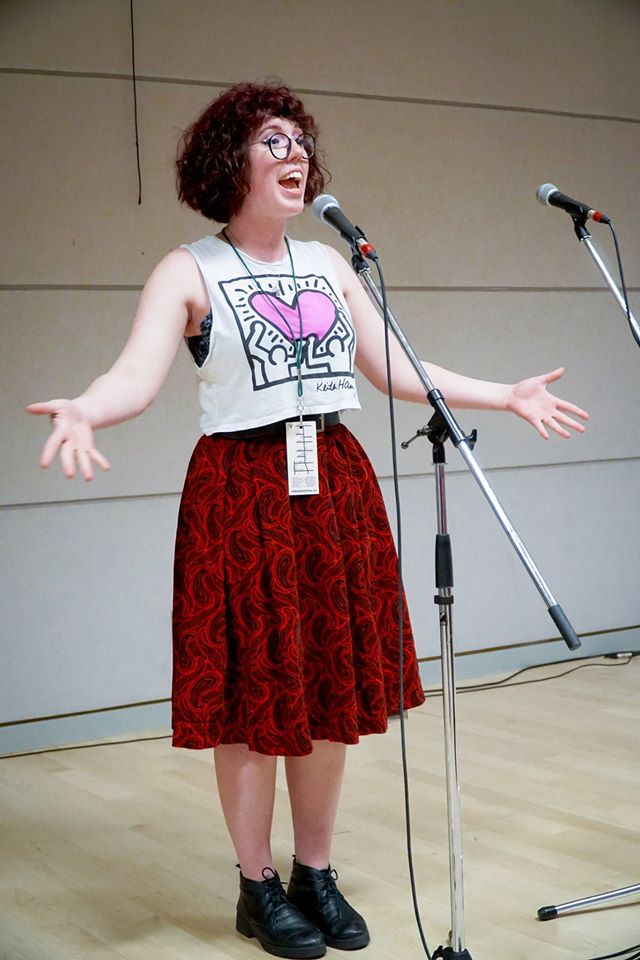 In the afternoon, the second round of bouts brought each team back into the spotlight to spit more poetry and possibly clinch a place in the finals. Between the bouts and the last event of the festival, the poets gathered in small groups in the library’s atrium corners, swapping poetry and songs, complimenting each other on the poems they’d seen that day, gushing about that one line they just loved or how much it meant to hear their own experience mirrored in another’s. 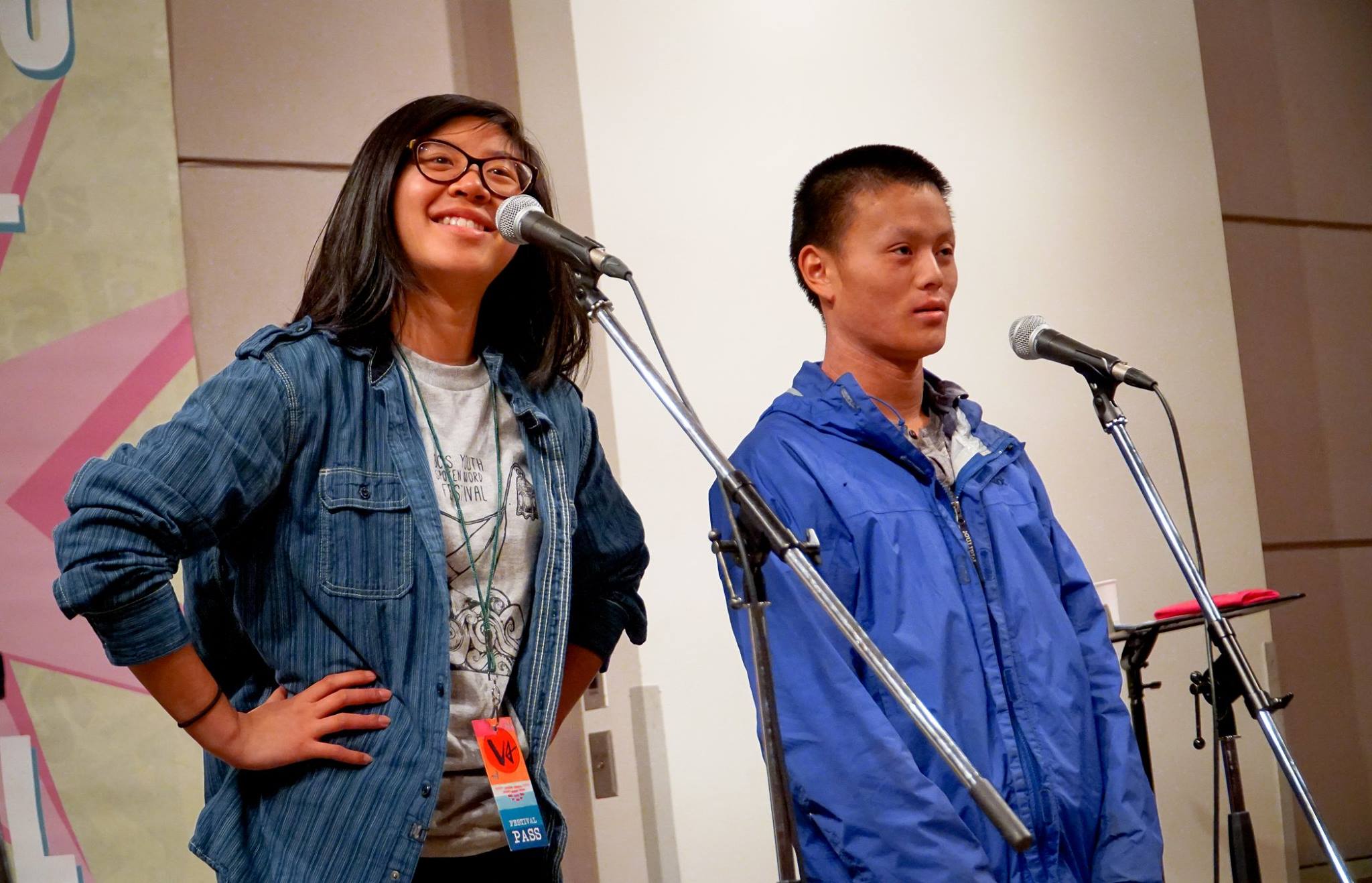 Everyone congregated to wrap up the festival at Hullabaloo Finals. Organizers RC Weslowski and Johnny MacRae opened the event with moving words about why they do this work. MacRae put it well. “When you organize for youth,” he said, “people always joke that you’re putting ourselves out of a job. It’s not true. We’re just making more, more for everyone, more poets.”

Feature poet Jeremy Loveday brought the house down with a stellar set. His biggest hit of the evening recounted watching a tough-looking man with “killer” tattooed across his chest gingerly inch his way into chilly ocean water. The premise and writing were hilarious, but important ideas about the need to shed toxic masculinities ran just under the surface.

And then it was time to hear from the four finalist teams. One of the incredible things about Hullabaloo is its diversity, not just of participants, but of work. Just as they had for the entire festival, the variety of subject and style on the finals stage held audiences in the thrall of each poem. The room that had erupted in laughter and shouts one minute might go absolutely silent and intent in the next. 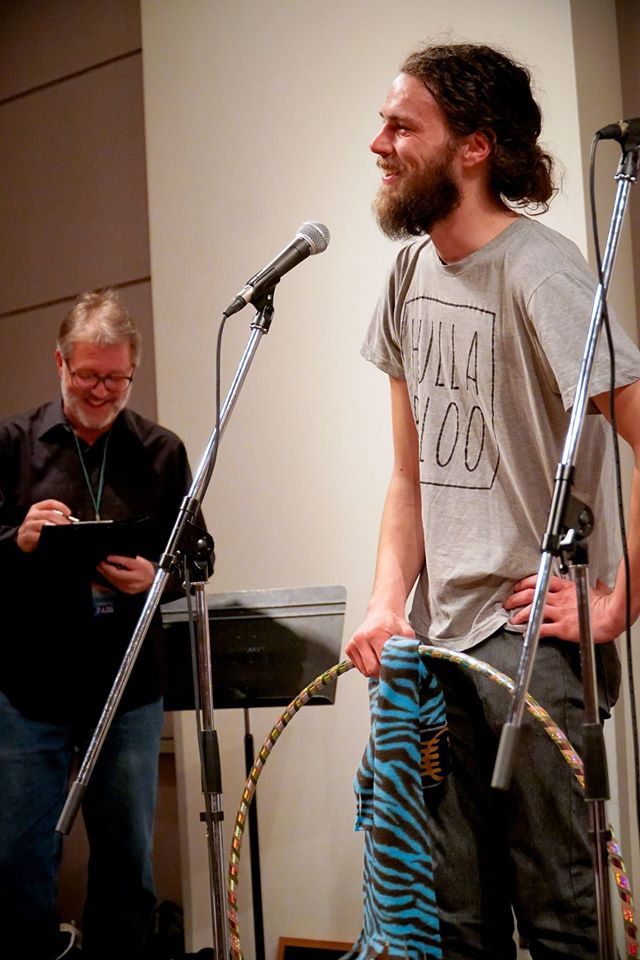 Teenagers are too often dismissed as shallow or flighty, their voices and stories disregarded and devalued. But every year the young writers at Hullabaloo strike a powerful blow against that perception, and this one was no different. The wisdom, passion, and intelligence (emotional, intellectual, and creative) that the poets displayed in the last three days was astonishing. It was heartening to witness them speak, and to see audiences really, truly listen to what they had to say. 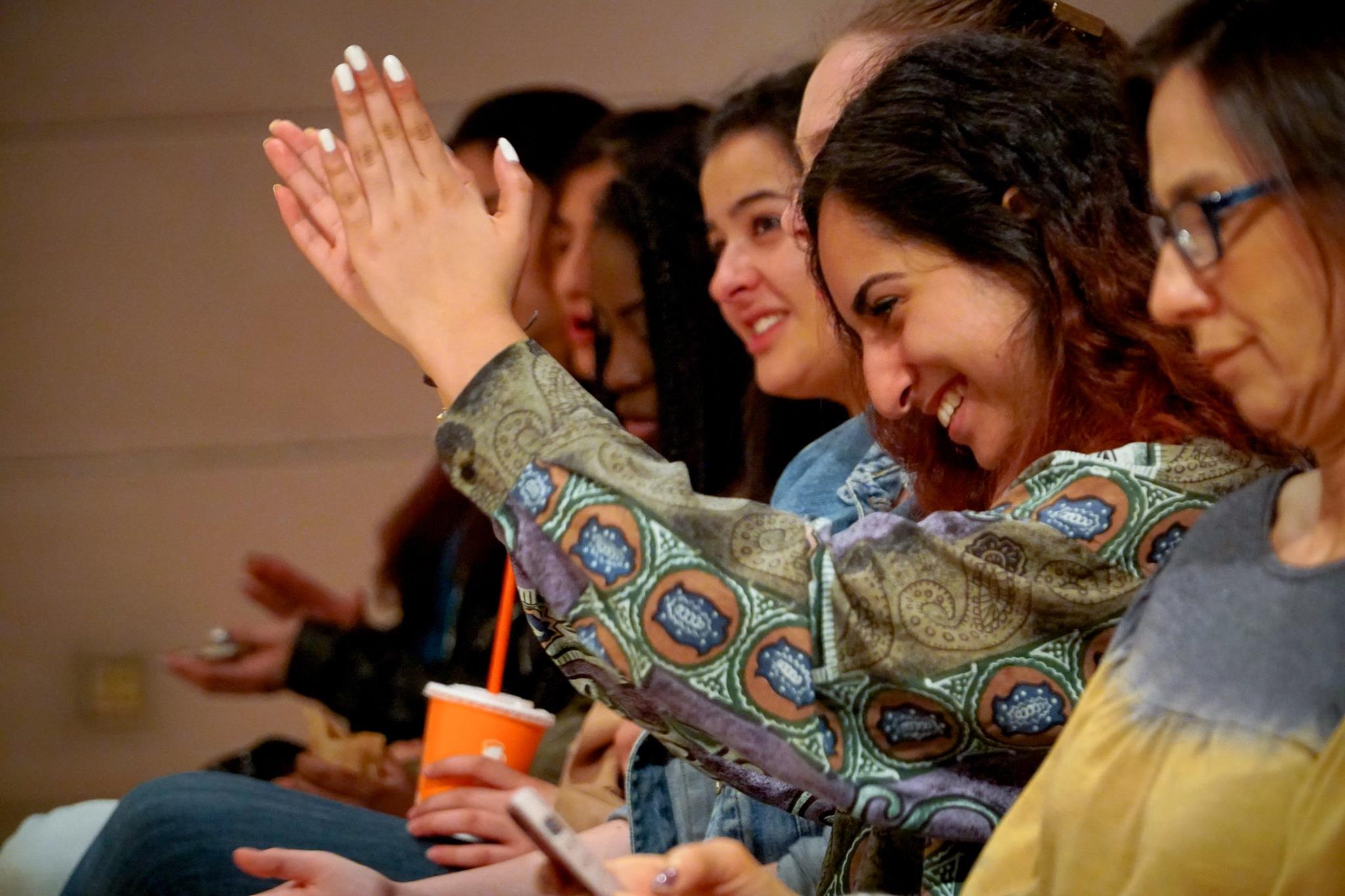 Read more about Hullabaloo 2017:
Day 1 – The Alchemy of Feeling Into Words: Day 1 of Hullabaloo at Verses Festival of Words, 2017
and Day 2 – Teetering Too Close to Cliffs: Hullabaloo Day 2, All Star Slams at The Rio Theatre