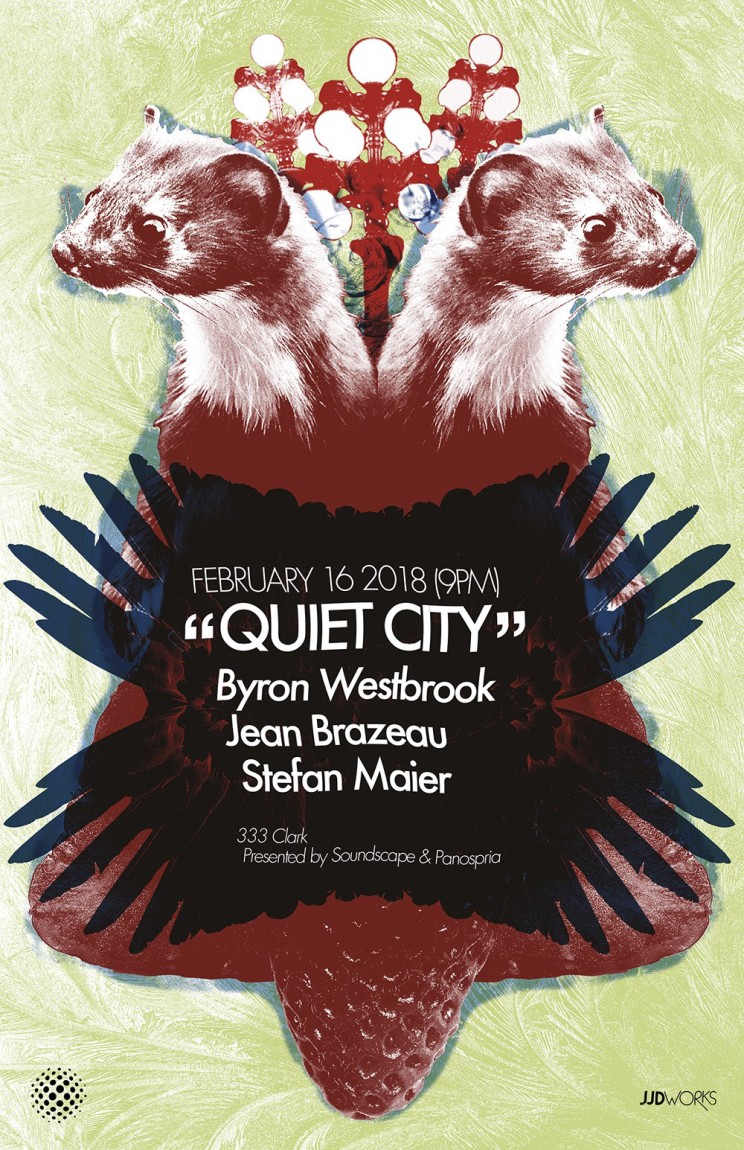 Jean Brazeau patched into a custom modular synthesizer, building up from a frenzied cacophony of sound to a wall of harmonious bliss.

The guy on the right. His expression says it all. #deeplistening Jean Brazeau at Quiet City @ 333@panospria pic.twitter.com/8F3LU8rpR6

Byron Westbrook, from New York, closed out the night with an epically booming soundtrack to the end of the world.

Stefan Maier, a sound, installation, and improvisation artist from Vancouver, also did a performance to open the night. He was joined by Liam Hockley on bass clarinet.

Over the years Quiet City has grown from showcasing local artists to become a beacon on the international touring circuit, so the editions keep coming:

We want to give a huge shout out to Constantine Katsiris and his collaborators for working against type to bring these incredible nights of deep-listening concerts to Vancouver since 2010. You won’t find better curated live performances of experimental, electronic and improvised music anywhere. For more, here’s Quiet City’s facebook group.