“OW”: How does it feel and what does it look like?

From her mentors and collaborators to the introduction of sound, and now, OW - On Jennifer Mascall’s journey from emerging artist to the society’s 30th anniversary

Founder and Artistic Director of MascallDance Society, Jennifer Mascall has been an investigator of movement for over 45 years. A conceptual creative, her choreography resembles a creator designing a new world. When she manipulates space, the changes affect the movement of bodies, which then influence sound. While attuned to bodily movement, the artistic director also works consciously with the space in-between.

Approaching MascallDance’s 30th Anniversary, Mascall continues her investigation of sound and dance with the new performance “OW”, premiering in July. Her inquisitive career-long quest bleeds into this latest creation: “OW” anticipates a relentless search and expansion of possibilities in the many worlds sound and movement could create together, with each element examined in the choreography.

In the world of “OW”, stillness and contact between bodies translate into a varied range of sounds. In addition to a performance of dance, the audience is presented with vocalization of how touch feels on the performers’ bodies. The performance venue will be transformed to match the choreographer’s vision: space will be a heightened aspect of the performance, influencing the dancer’s vocal and physical presentation. 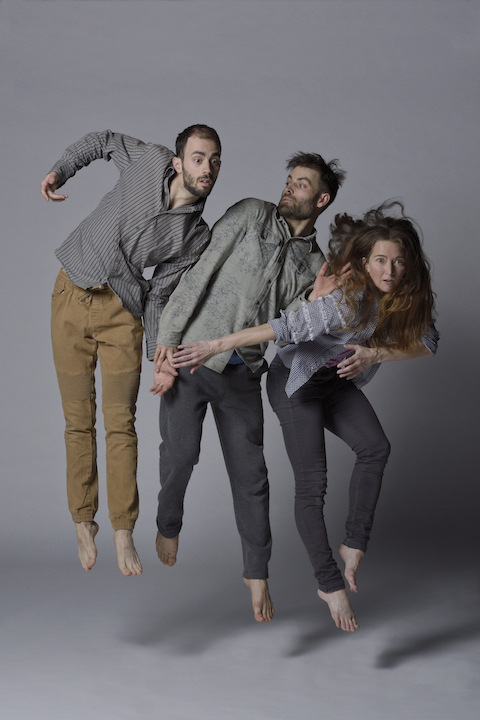 Entering the visceral experience of “OW” is to embark on an expedition devised to locate the tone of the physical system (of the body) and the pitch of a particular part of this system. Its title is a reactive sound indicating an impact on the body. It further suggests an inevitable interaction between the sound and the body, alerting us to the terrain we enter; something habitual yet unexplainable.

Mascall’s early influences include artists questioning prevailing notions of sound and music. Renowned dancer and choreographer Gus Solomons Jr. designs sounds that accompany the body. Recalling a day spent as a student in the studio with Solomons, Mascall describes “these strange sounds [he made] were the most interesting thing I’d ever heard.” She was also deeply affected by composer and pianist Frederic Rzewski’s compositional and performance style in the legendary Attica. During his piano playing, Rzewski called out lines from a letter written by an inmate about an impending riot at Attica State Prison. This inspired Mascall’s first choreographic work.

Entering the 20th century postmodernist zeitgeist in New York City as a young artist, she studied with dancer and choreographer Merce Cunningham. Having sound, space, and time as usual subjects of his experiments, he famously said “I’m not expressing anything. I’m presenting people moving.” Composer John Cage, Cunningham’s closest collaborator, created an entire performance presenting the riddance of sound in his 1952 composition, titled 4’33”.

“In the early development of my career, in order to try and understand what dance really was on its own terms, I didn’t work with music at all,” Mascall says of the influence of sounds on her creative output. Parallel to an extensive career in the dance field, she was immersed in somatic movement in the early nineties. She spent five years studying “authentic movement” with master teacher Judith Koltai, working with silence, and four years diving into Body-Mind Centering™ with its founder, Bonnie Bainbridge Cohen, which led to her certification as a teacher. The process of working with silence and somatic practice has since profoundly contributed to her research and conceptualization of performance ideas.

Through challenging the role of sound, her repertoire repeatedly attempts to illuminate dance’s existence “in its own right”. Woven into the choreography is a philosophical question: if music imposes a structure for dance to exist within, what does dance look like on its own?

Influenced by musicals yet in post-postmodernist fashion, Mascall abandons plot and narrative entirely, and instead, focuses on how rhythms and movement interact. In “OW”, the dancers express sounds from sources within their bodies by applying their understanding of space to the maneuver of intricate parts of their internal space. They take on the challenge of allowing their bodies to move in response to the spontaneous sounds they make, instead of following music with choreographed body movements.

Concerned with looking inward and expressing outward through movement, the discovery of “OW” is unexpectedly playful, simultaneously out of the ordinary and familiar. Singing and unearthly sounds are met with mundane, pedestrian ones. The juxtapositions paint a moving aesthetic, echoed in the space between performers.

Collaborating with sound artist, composer, and violist Stefan Smulovitz and experimental voice specialist DB Boyko, the dancers develop a “palette of sound” through voice techniques. Smulovitz explains the interaction between sound and movement in “OW” as a dialogue: “This means it can support, push and pull, and must be connected viscerally to what is happening. Sound has a physical effect.”

Mascall’s latest creation is a dance between sound and movement in itself, zealous in revealing the authenticity of the marriage between the two. “OW” shines a light on the interchanges of rhythm, space between dancers, and how sounds transfer within that space.

An Expressionist work of performance wherein sounds are tools for direct expressions of the body, “OW” presents a perpetual exploration of and fascination with the intimate relationship between the vocal and the physical. To watch “OW” is to be engulfed into a visualization of how sound directs body and how the manipulation of space influences the energy produced by sound and bodily movement.