The co-creator of Vancouver's newest and most diverse art & performance series discusses peacocks, toeholds, and the fitness of the local creative communities

Once you’ve become versatile in talent, active in contribution, and well respected by your art communities, where do you go from there? In what other ways can your talents, hard work and passion be built upon and fed back into community?

Barbara Adler, writer, musician and arts educator, chose to put her creative velocity into action by co-inventing and curating a completely fresh week-long series of artistic entertainment called Extravagant Signals.  The roster of talent came together largely through Barbara’s sourcing of talented and experienced, yet underground, artists and asking them to do something they were already interested in or currently exploring; to work with Extravagant Signals as a forum to bring their work to a larger audience. 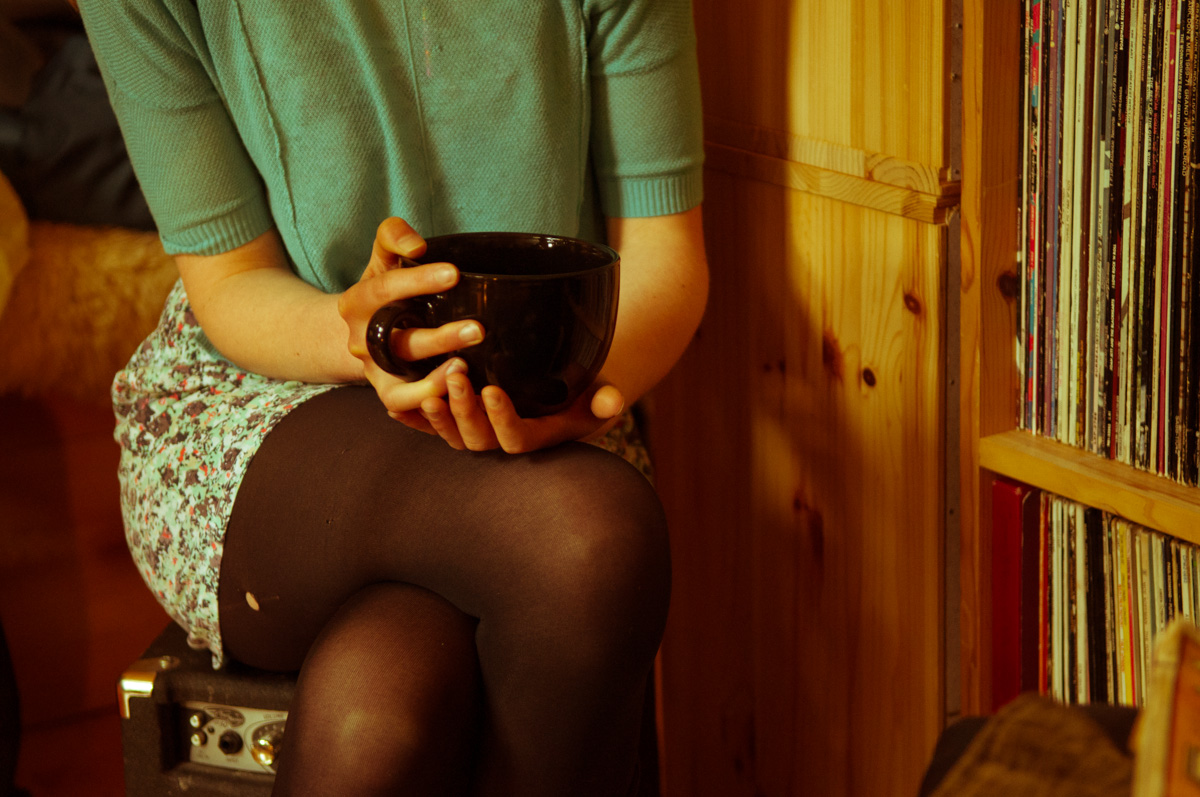 Oli K, sculptor, painter, and Barbara’s step-brother, is one of those artists. His work will be on display within Gallery 1965 throughout the week’s series. He is also Barbara’s collaborator in the creation and production of Extravagant Signals. 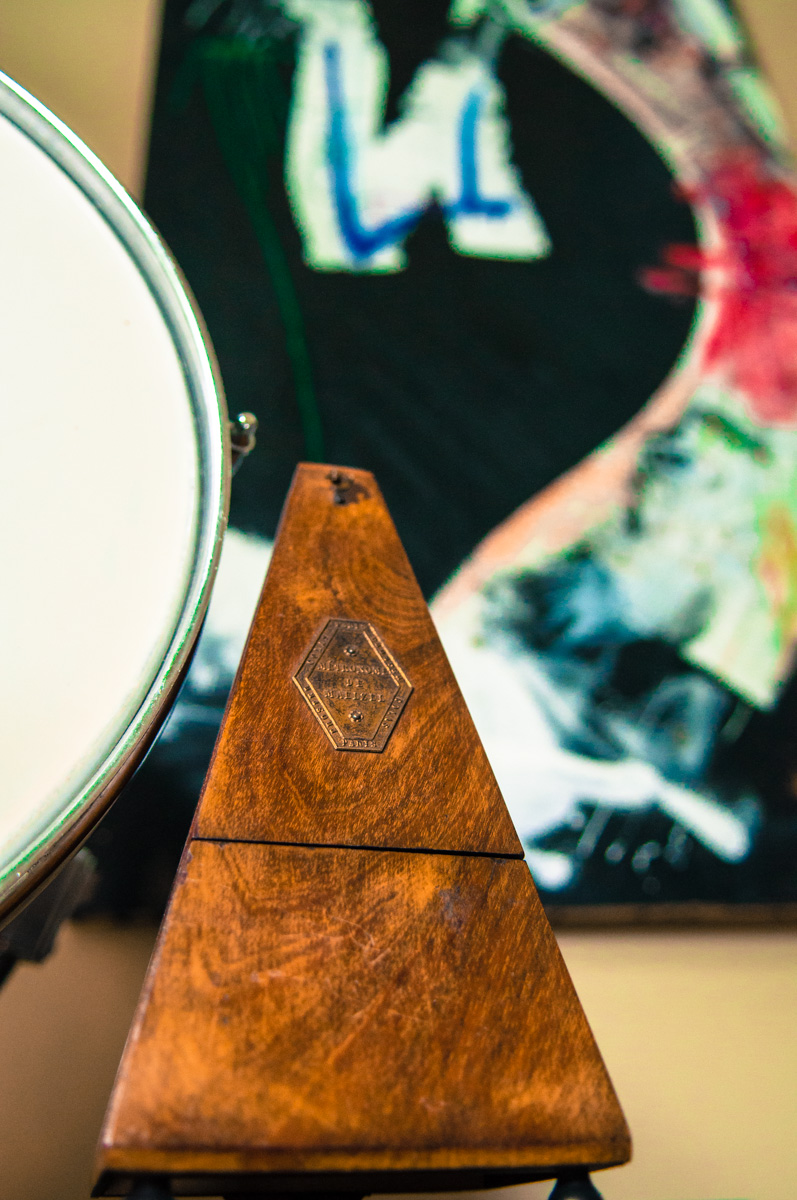 Last year, Barbara and Oli teamed up to put on a show for Proud Animal (Barbara’s band)’s EP release and for Oli to showcase his art. Gallery 1965, walking distance from Broadway and Main, was their chosen venue. They discovered that renting the space for an entire week was not much more than it was for one night. That knowledge planted the seed that has grown into Extravagant Signals, “a seven night cultural mash-up that celebrates the vitality of Vancouver’s indie arts communities.” 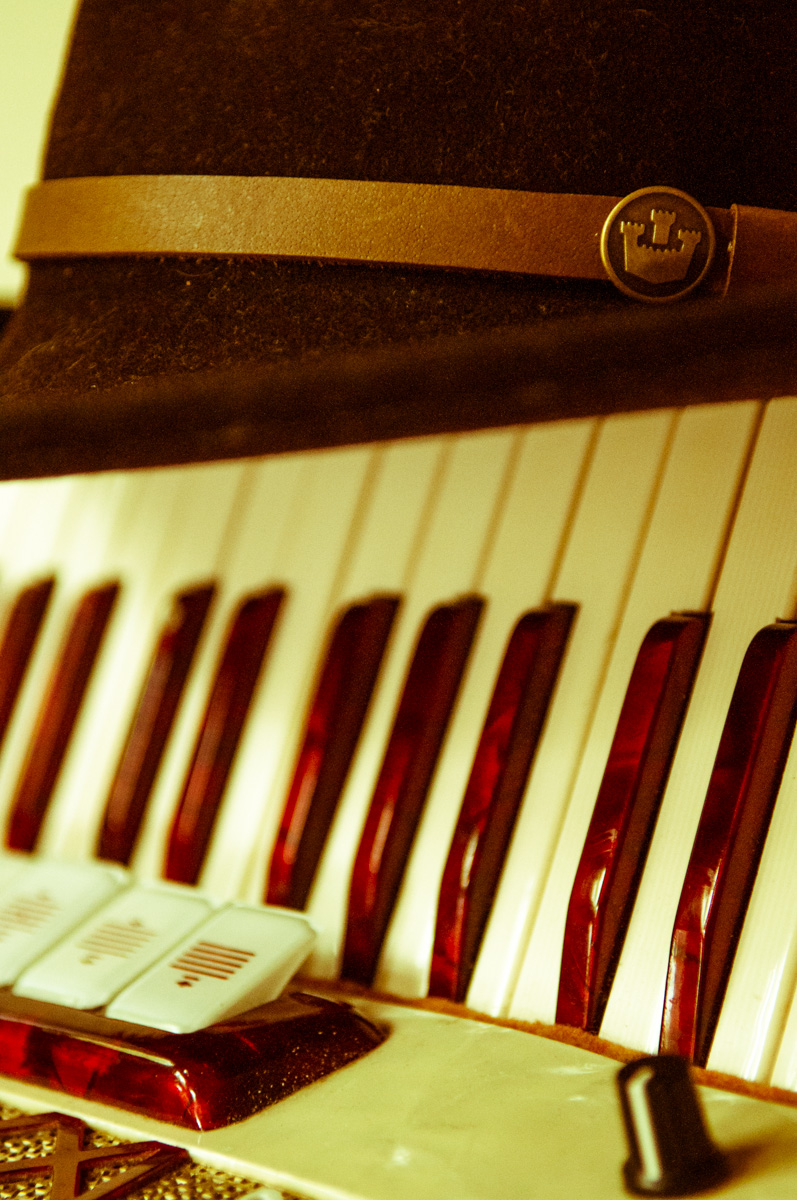 The idea is that animals such as peacocks and birds of paradise have developed unnecessarily showy/extravagant physical attributes as a way of showcasing their genetic superiority. The reasoning is that if you can thrive with the handicap, or “wastefully extravagant signals”, you show superior fitness. (Wikipedia) 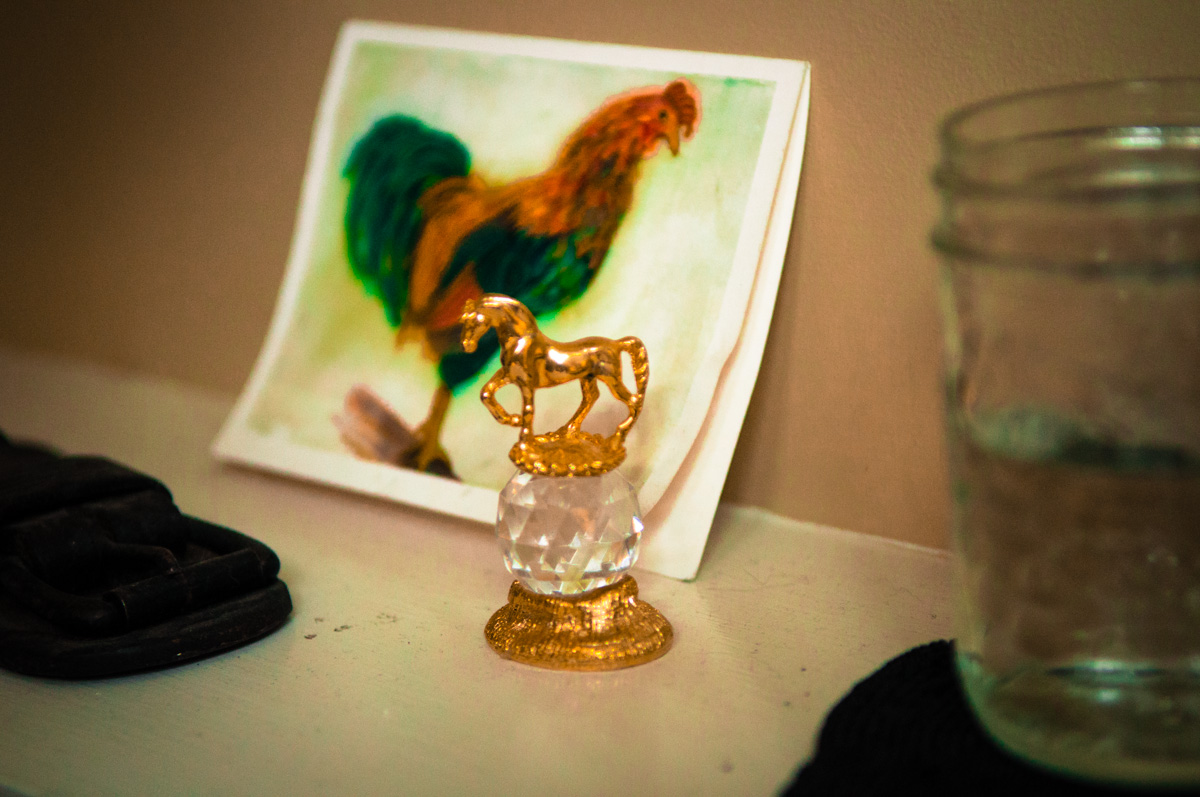 Although Barbara and Oli moved on from The Handicap Principle as a title, the idea began to conjure images of ancient bird dances in electric blue and the fanning out of gigantic iridescent feathers.

Is the extravagant creative impulse in performers an extravagant impulse that shows genetic fitness? Barbara assures that there is no implication that she is of “superior fitness,” but rather that she sees fitness in the artistic communities she is tapping into. Barbara states that by providing a forum for performance, artists can come together to support one another to take risks creatively. So out of a fear of not being able to afford the festival was born a title that fit the wild and excessive nature of the series they were curating! 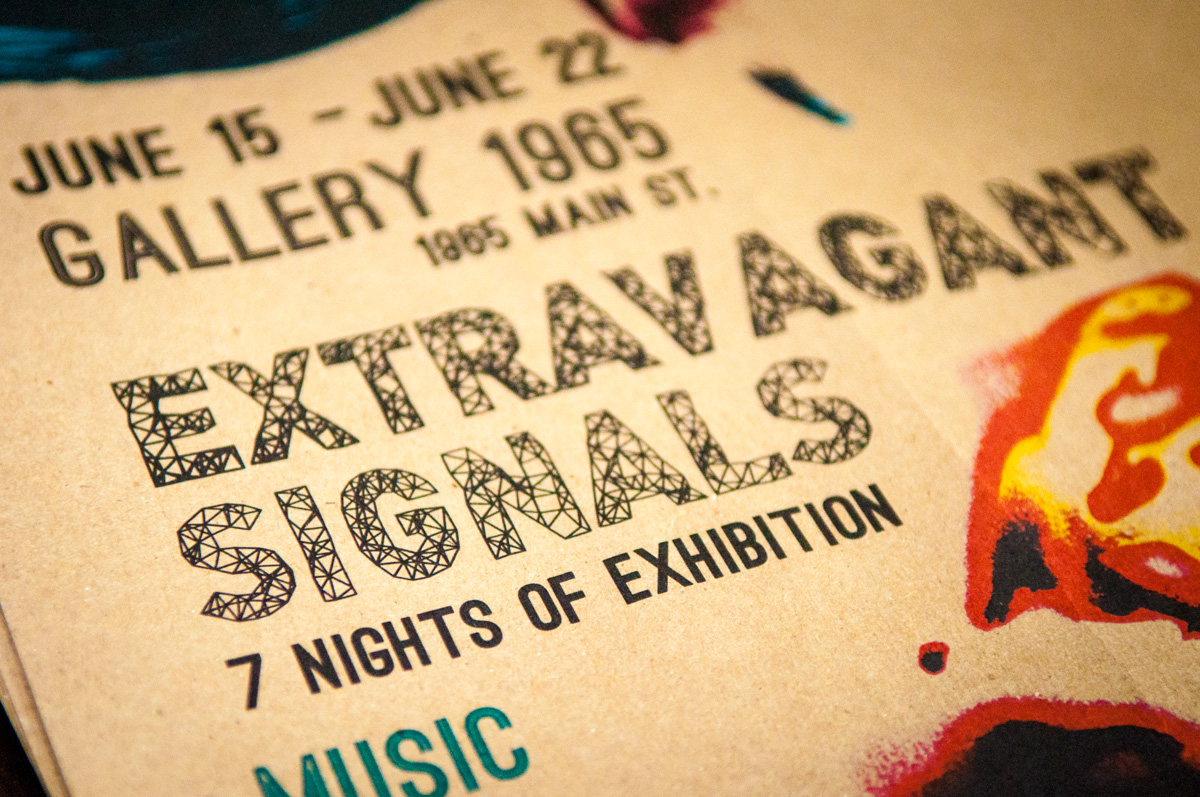 Thanks to the diverse programming, largely unmatched in Vancouver, Extravagant Signals has quickly become one of the most highly anticipated events of the summer: “For one week in June, Gallery 1965 will host shows by a group of artists that includes Juno-winning musicians, ballroom dance instructors, poetry slam champions, folk singers, internationally touring tap dancers and local accordion lovers. The performances will run alongside “Found in Translation”– an exhibit of new paintings and sculptures by local artist Oli K.” (from the Extravagant Signals press release) 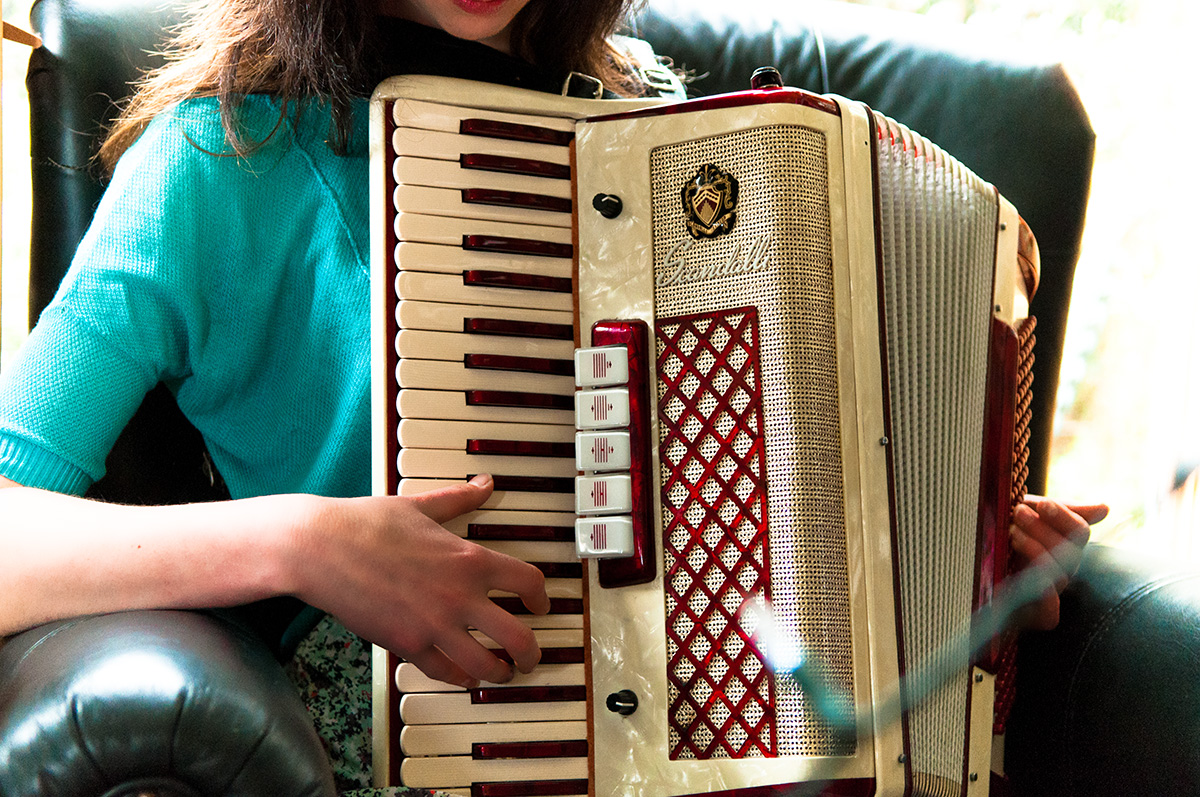 While Barbara prefers to focus her energy on her creative output as an artist, writer, and musician, she also appreciates that organizing and producing Extravagant Signals is an extension of those roles.  She has approached this event with the same vigour, commitment and ideals that she applies to her own artistic work.

One of these ideals is accessibility. Barbara, perhaps not surprisingly for a multi-talented artist, has a visually specific metaphor to explain her concept of artistic accessibility: toeholds. In rock climbing, toeholds are tools that help you know where you are: no matter how crazy or scary your climb, you know you always have safe spots to latch on to.

With this concept in mind, Barbara aims to draw people into events they might normally be hesitant about, but will be willing to engage in, thanks to the carefully selected “toe holds” in her art and events. She calls this attention to the audience her “hospitality.” 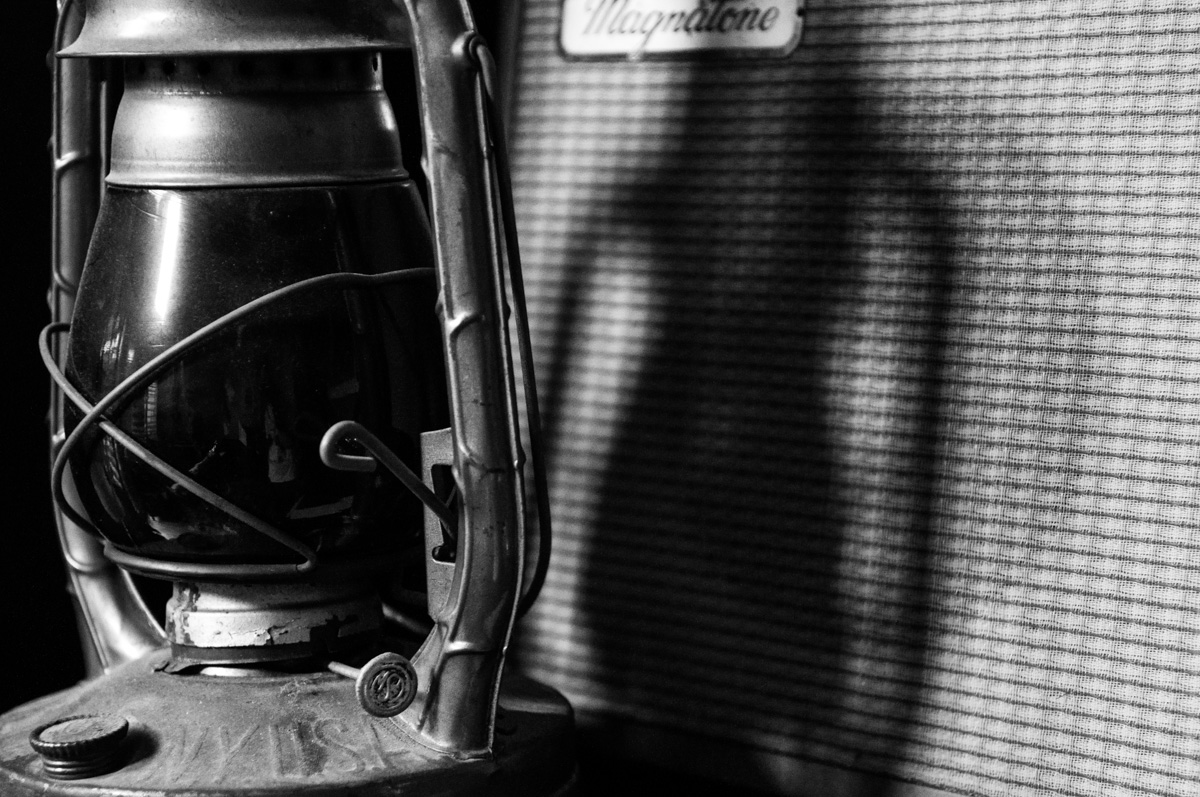 Comedy, dancing, food, and beer often act as toeholds at performance and art shows. Barbara has gone many steps further in the programming of Extravagant Signals’ events.

At Cheap To Be Friendly, for example (a dance social whose title playful jabs at Vancouver’s reputation as an unfriendly city), the event is cheap (only $5!) and the lindy-hop instructors are performing earlier as part of Car Free Day, so Barbara hopes this will draw Car Free-goers off the streets and into the friendly environment of the gallery to try the moves they’ve just seen (the “toehold”): A perfect way to get over the Vancouver rainy-face syndrome! 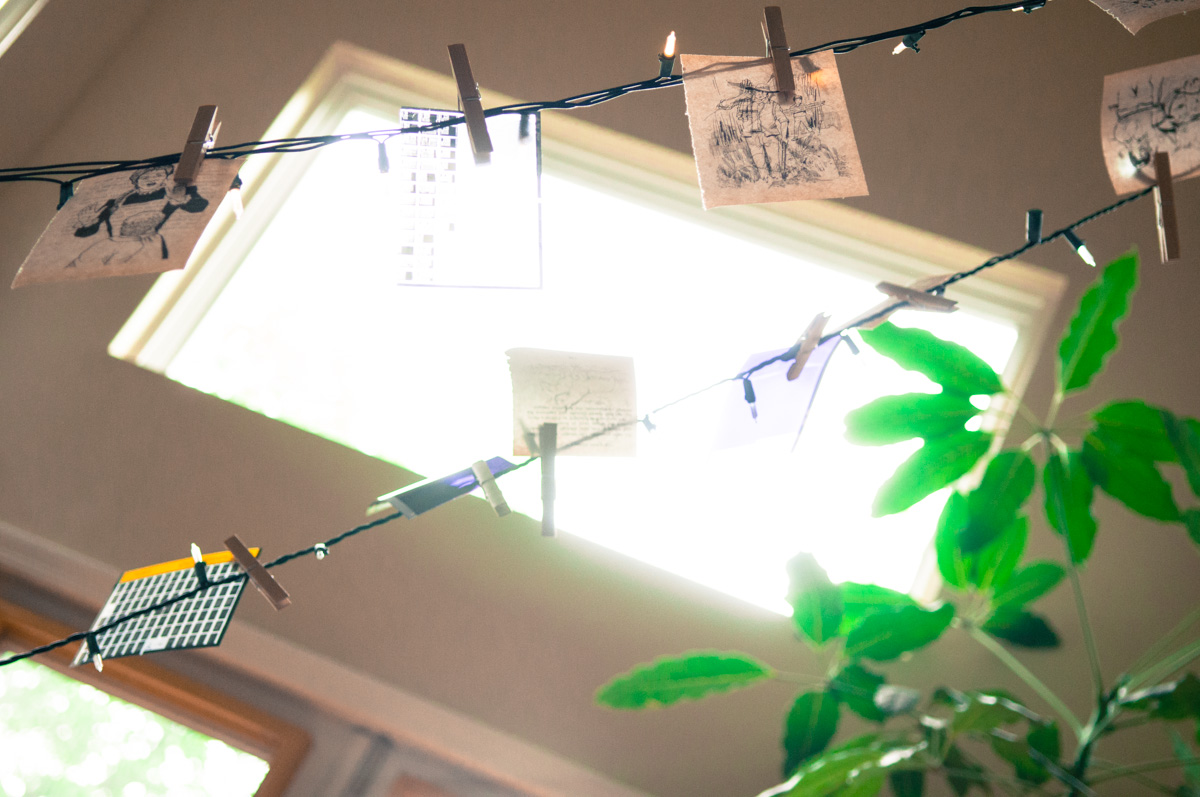 The rest of the week’s events, though diverse, also have an equally playful edge to them. There’s a variety hour comedic duel battling between the values and vices of vintage versus modern culture, the Accordion Noir Underdog Instrument open mic will have a vaudevillian flair, the Shhh! Poetry Slam will be a roudy night of loud-mouthed poets competing for volume with the sexy librarians who will be shushing them, and Shapes in Sound (featured in an article by VANDOCUMENT here) is an evening of sound and body improv as dancers of multiple disciplines playfully invent dialogue with equally diverse instrumentalists.

And that’s not all! There’s much more to the extravagant signals that will soon be dazzling the scene at Gallery 1965.

The Vandocument team unanimously supports Extravagant Signals. Be sure to check it out!

Each event is no more than $10, each night is excitingly different from the rest, and each is bound to astound and entertain in ways you’ve never experienced!

Everyday of the series:
PAINTINGS & SCULPTURE: Found in Translation by Oli K

For more about Barbara Adler, head to her site where she has streaming music, links to her music lessons, and much much more
http://www.badler.ca/ 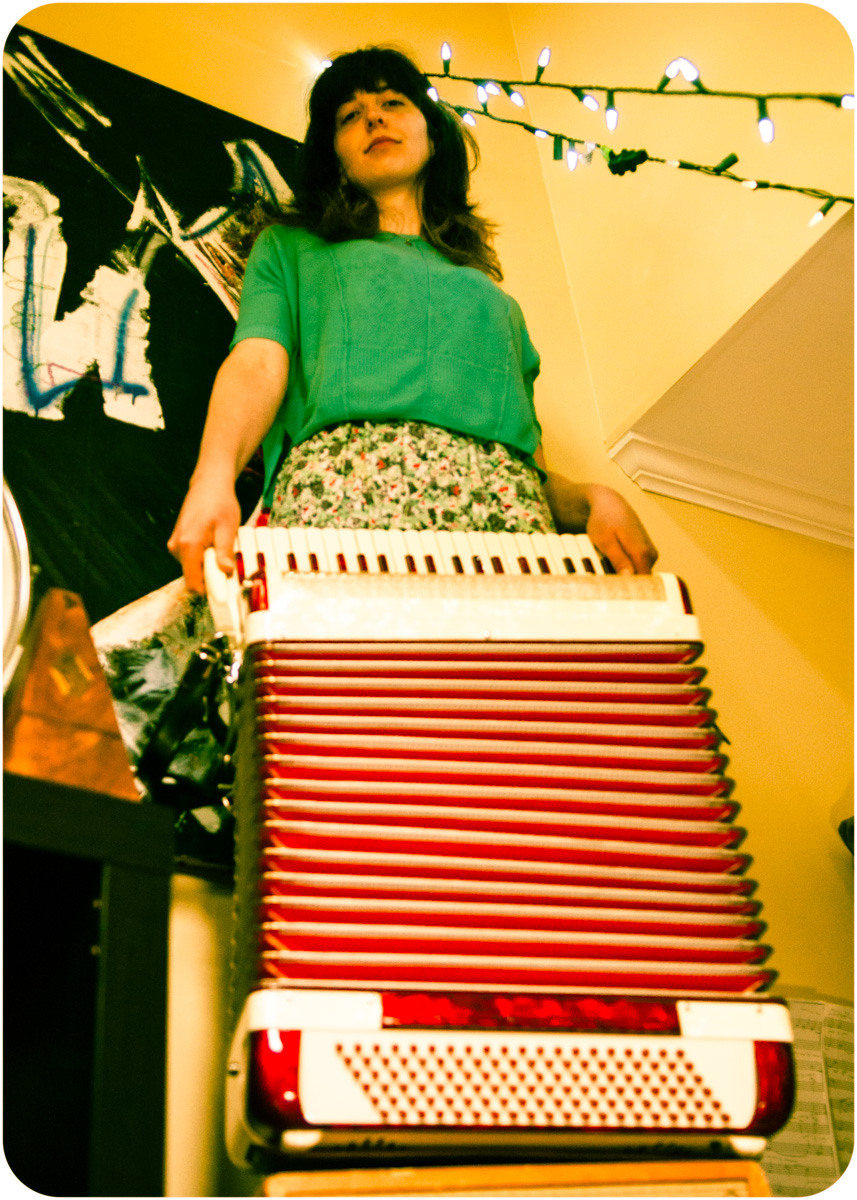 Thank you, Barbara, for inviting us into your home and for sharing your time and stories with us. We are immensely inspired by you, your work, and your passionate dedication to the arts and creative communities. We wish you all the best with Extravagant Signals and beyond.