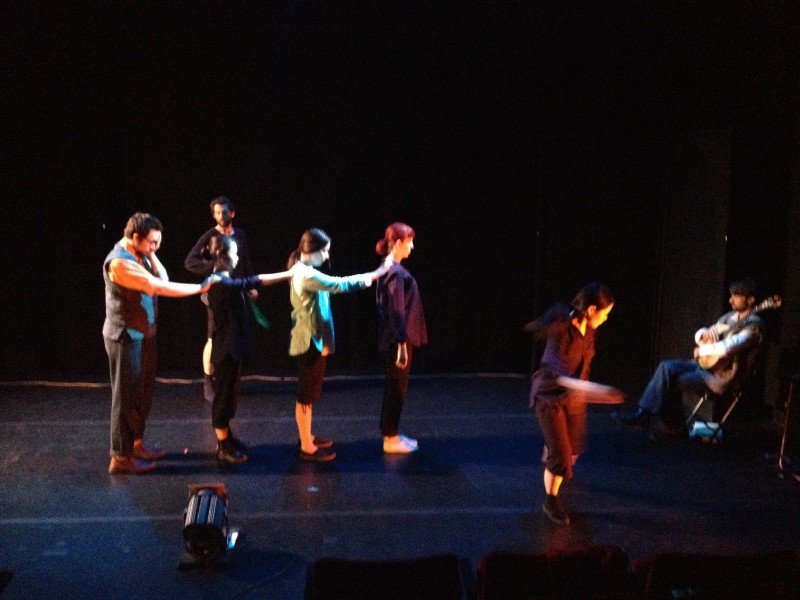 What is to be done when we become slaves to our egos? What do we become when the desire to be the best is so strong that it overrides our senses of duty to our nation, to our families? These seem to be some of questions that writer Angela Ferreria is working through in her latest play A Peaceful Sea, at the rEvolver Festival. 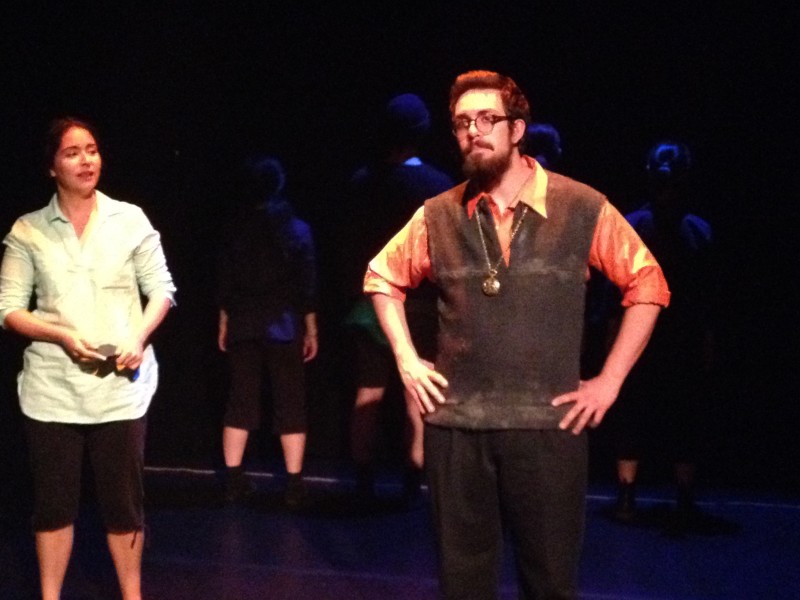 A Peaceful Sea is a mixture of strong physical movement, a beautiful live sound track and an incredibly intellectual text. The poetry of Ferreria’s words drift and saturate the room, dousing the audience in references that are only partially understood by the non Portuguese or early explorer scholar. We are brought into the passionate drive and Icarus-like fall of Ferdinand Magellan, the first person to circumnavigate the globe. Well, more accurately, the first person to organize the first circumnavigation of the globe.

The music, movement and text works in tandem with each other. The harsh, jarring, sometimes even awkward choreography is smoothed by the flowing imagery of the language. The musical score pushes you off centre, not quite a lullaby, not quite a John Cage-like sonata, but somewhere in between when you’re no longer bothered or nauseated by the crashing of the waves against your boat, instead craving that motion to lull you to sleep. 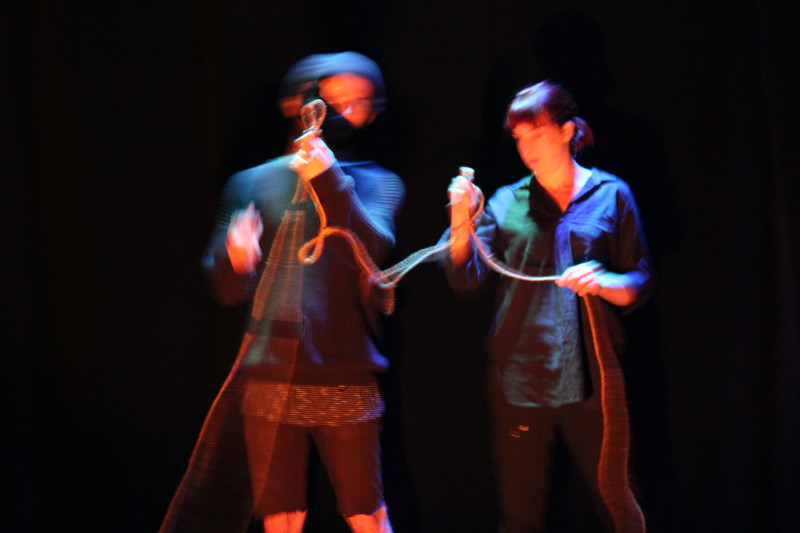 While all the actors did a fantastic job of expressing the language, the stand outs were two sailors played by Elysse Cheadle and Sean Marshall Jr. These dark clowns grounded the sometimes abstract and liminal script. Stories about large historical characters often forget the tiny every day man that is dragged along on the ego-centric journey for often more mundane reasons. 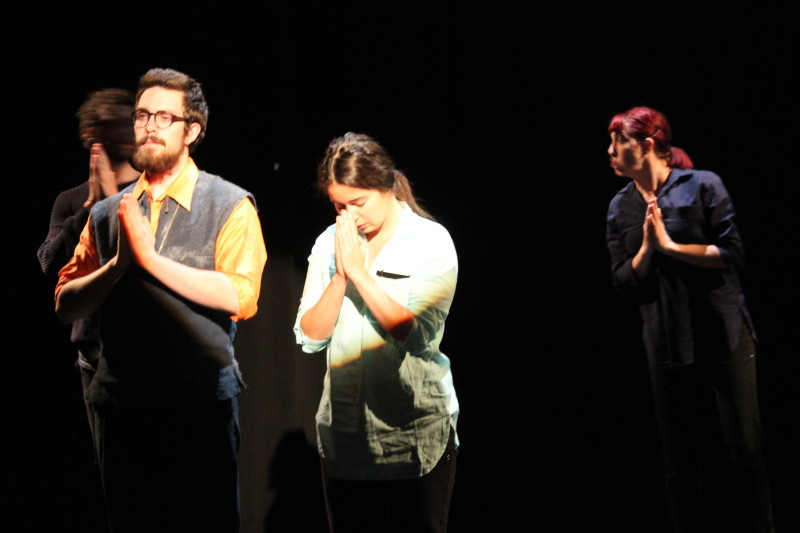 This play is heady, intellectual and poetic. If I had a better understanding of Portuguese history, would I have appreciated the subtleties more? Possibly. But even with my kindergarten knowledge of the circular nature of the Earth, the visuals and sensation of A Peaceful Sea are supremely alluring, beautiful and sensational.