The sun was high in the sky as my boyfriend and I walked up the hill to The Cultch. It was the second time I had been there that week, and I was eager to satisfy my experimental/contemporary theatre itch. No matter whether you like or hate a play at the rEvolver Festival, it will definitely be something interesting.

As I walked up the deceptively steep Venables hill, my stomach began to grumble. I hadn’t been able to eat dinner before heading to the rEvolver Festival, but to my delight, they had set up a bbq outside the entrance. I sat outside, enjoying my tofu dog and saw one half of the upintheair Theatre and rEvolver Festival artistic director team, David Mott. We chatted for a few minutes, and the conversation mainly involved me asking leading questions on how to successfully get a play into next year’s festival. Mott talked about his process of selecting plays; upintheair looks for pieces that are unique, interesting in form and content, and exploring physical spaces usually neglected by traditional theatre. After hearing the way he talks about theatre and helping emerging artists, I was interested to watch how CAEZR: 33 Cuts would explore their subject matter. 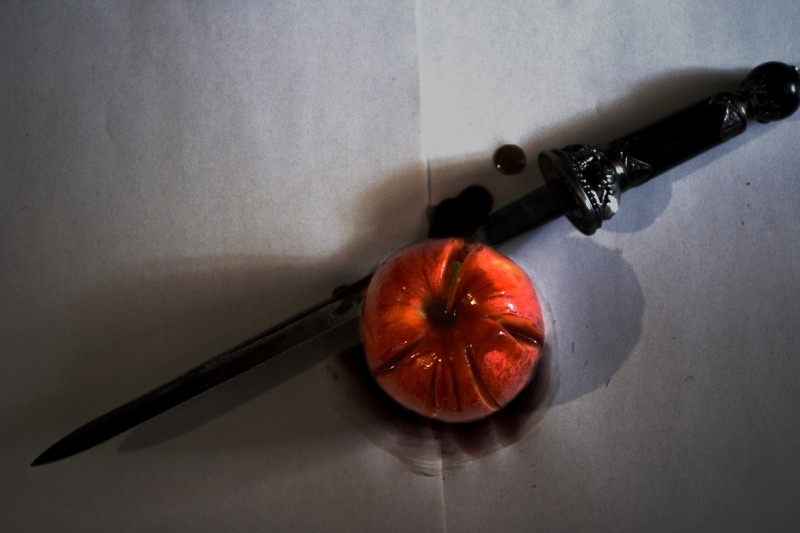 The questions in my head were boundless as I stared at the sark, empty stage. The Cultch is an old building, and the theatre fills with a cool air. A sense of expectation and intrigue engages me. Then the play begins. The actors, each holding an apple, solemnly enter the stage. They are playing characters while also playing themselves. There are times when the actors seem a little stiff, too bound by their process. There is an attempt at precision, and when it works, the movement score gives a deep, cerebral aura to the play.

The play definitely had interesting and thought provoking moments. The actors’ use of space and distance to each other activated the stage. They all looked in control of their moments, which makes theatre like this a pleasure to watch. However, some of the actors seemed more at home in the big Cultch theatre; some voices filled the room like a warm blanket, a few others fell flat at my feet.

The concept of CAEZR, a dystopian Canada in the midst of a political takeover, was present in their text, but I feel like it could have been explored deeper. At times it felt like they tiptoed around the images when I wanted them to stab right into the midsection of the painting. Another moment that only hit its target half the time was when actors would break character and deliver a story from their past. Although interesting to hear about people’s histories, they did not all add to the overall feeling and arc of the play. If the stories were connected more with their other text, or if they brought up thoughts and questions in the audience, they would have been more engaging. At times it just seemed like they were doing it because it was a convention of contemporary theatre.

CAEZR: 33 Cuts was created by Human Theatre Collective, a theatre ensemble that focuses on physical training and collaborative creation models. Being a theatre creator myself, I know how hard it is to get just two people to agree on a decision, let alone half a dozen or more. I wondered: Will the play feel disjointed by having so many voices in the mix? As well, CAEZR uses Shakespeare’s Julius Caesar as textual inspiration. How will the focus on the body affect how this classical text moves through them?

Why a Shakespearean adaptation? Why Caesar? Why now?
Fojan: The Human Theatre Collective started as a training company. The founding members met at the week-long SITI intensive in 2011. Frustrated with the lack of ongoing theatre training in Vancouver, we set out to create our own training collective. We wanted it to be a collective, inclusive training where there were no leaders but all voices in the room. When it came time to do voice training, one of the members, Sandra Ferens, who was going to lead the voice session, brought in two pieces of text from Julius Caesar, simply because they were around her house. When we began to work with the text, a lot of memories and ideas arose. We then decided we wanted to do the play as it had infected us. So we played around with it for a while and when the rEvolver application for 2014 were up we decided to apply, feeling that it would give us the exquisite pressure to build something.

What was the initial genesis for the idea?
Fojan: The text was in the room for a while but I think what made us want to move forward is the desire to share with people what came up for us while working on it. We’d end our training sessions with these conversations wherein we would all discover truths that shocked us, or in my case remembered truths from my childhood that shocked me. We were so infected by the text and the story and its parallels to our world today that we decided to keep the Shakespeare play and do “cuts” of our personal stories.

How did the collaboration model work? Do you feel it was successful in obtaining your artistic goals?
Fojan: We wanted to break the hierarchy that exists in traditional theatre; from writer, director, actor, to the process of needing a script, the vision, then performance… With this model everyone is responsible for everything.

Tami: We did the Hive: New Bees in 2012 and developed a 7 min piece using this process. It was successful and very satisfying for those who had been involved.

Fojan: And, because we wanted everyone’s stories in the play, we all worked equally to create the production. I’d say that after six months of creating we had learned how to work in such a way with each other, but even then it was taking a long time, so we chose to have a couple people take over the vision and be the outside eye for the piece. Even then, everyone still carried full responsibility of the creative process.

Why set it in a dystopian Canada? Do you feel like we are moving towards a time when politics become solely about the politician?
Fojan: I feel like we are being told we have freedoms that don’t actually exist. People are given an illusion of having freedom but when push comes to shove, that’s really not true. We are kept in line by paying taxes, spending time on making sure we don’t get a parking ticket, or a Translink fine (Have you listened to the recent Translink announcements? They sound like something out of Nineteen Eighty-Four.) We stress about what to eat, how to dress in order to impress. I feel these are the little things that’ll gradually take us to the dystopian Canada if we don’t wake up soon.

Tami: Some of the collective viewed the present economic situation as unsustainable and we considered what would happen if a dystopia arrived in Vancouver. As it might one day.

If you had more time, what would you have wanted to explore deeper?
Fojan: Usually the history we are taught in school is quite bias, but through this process I learned how to see events objectively, and from multiple perspectives. I would have liked to take this new found skill and layered more real life parallels in the play.

Tami: I feel a deeper exploration of the historical context would be beneficial. I have heard from people who have seen the play say it’s complex and compelling. I would have liked to consider what that means and how we could have deepened that. Shakespeare wrote JC in 1599 using the events of 44 BC as a metaphor for Elizabethan intrigues. We are doing that too. Or so I think.

Randal: For my part, I felt I was only beginning to collaborate nearer the end, so the whole experience was the start of an education for me in working creatively, and as part of a group. I’d certainly like to revisit this work, but also think about other ideas to bring into the group as well.  For me, if we had the time, we could have expanded this by experimenting with more eccentric physicalization. Shakespeare’s text drew up more personal things from me, which I didn’t have time to explore enough to introduce them, so there’s always more we might layer in. 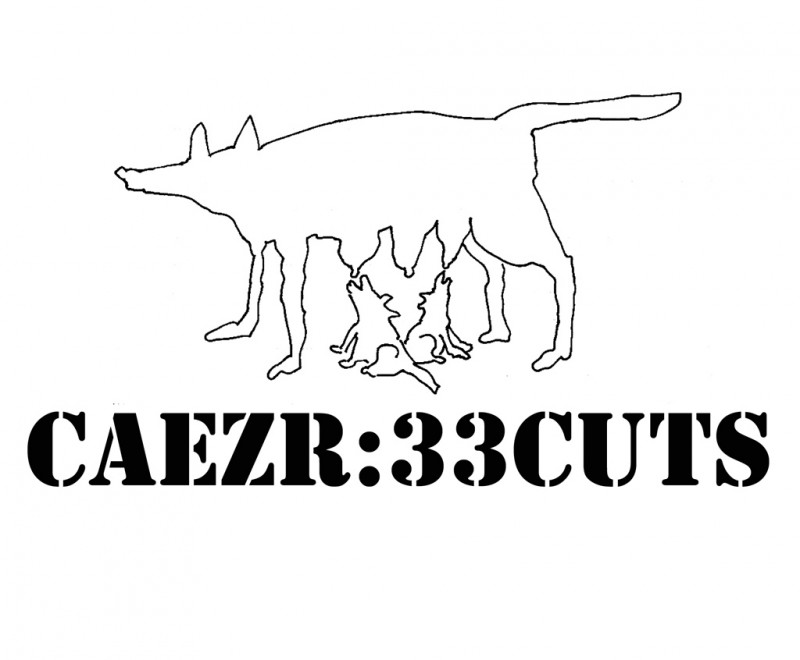 Do Your Actions Make Me Who I Am?