Do Your Actions Make Me Who I Am?

Written by Kaylin Metchie
Photos provided by the artists

Let’s go on a journey. Close your eyes for a moment and think deeply about who you are. Which events in your past do you attribute to making up your character? The school you studied at? The jobs that have hired you? The lovers and the friendships you have made and lost throughout the years?

Now what if you expand your criteria to include indirect happenings. Did 9/11 or the war of terror change who you were? The Rob Ford saga, the NSA spying, the Boston Bombing, the Virginia Tech killings? Did your internal self change at all when these events happened? 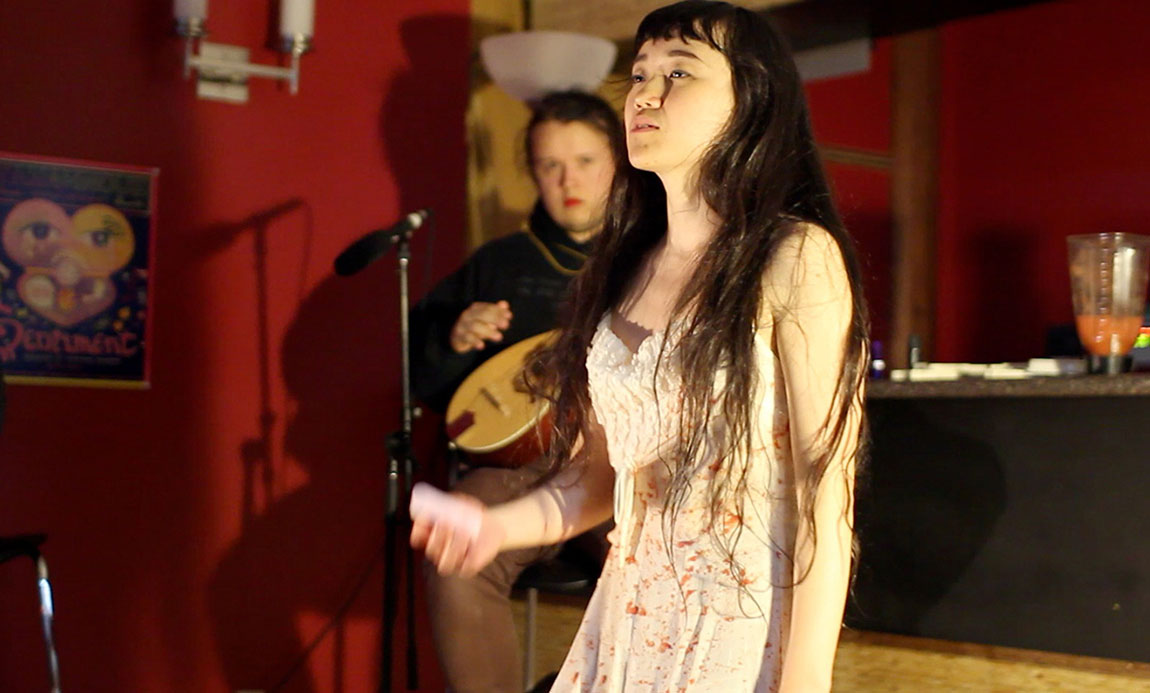 Minah Lee (the creative voice behind FurryN@vel)’s We’ll Need A Piece of Cake Before We Die takes you through the sensation of what it is like to be an immigrant from South Korea. Lee takes the audience back to 2007, the day after the Virginia Tech massacre had taken place. She is at an English language program in South Korea and the other students in the class worry whether they will have a harder time obtaining visas for the States since the suspect of the shootings is reportedly a South Korean immigrant. They debate whether or not he should even be considered Korean; the majority of his life had lived in the States.

This was one of the moments that spoke to me the most. Yes, there are many other heartfelt and visceral pieces in the play, but at times they felt too singular, too personal to be able to reach out and touch the audience. But when Lee talked about whether this one person, who happened to share the same origin as her, should determine her future, I was connected. I’m partially Nigerian, and it made me think about the awful things happening in my father’s country and whether these events that are so far removed from my everyday life should have any bearing on my sense of self. If one of your fellow countrymen commits a violent act, should it reverberate more deeply through your mind? 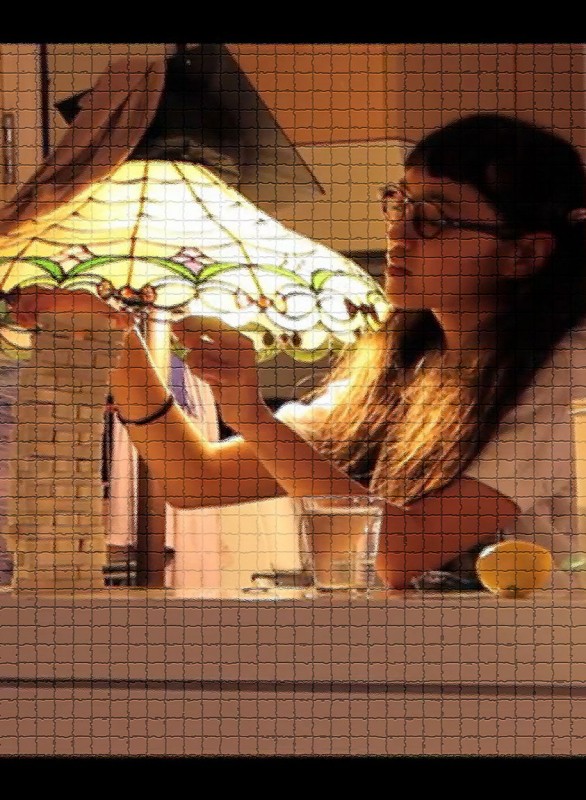 The Cultch is a unique performance place in Vancouver, and its history as a Methodist Church can never be completely erased from its rooms. Lee uses the history of the building as a stepping stone before looking at the history of the performer. We’ll Need A Piece of Cake Before We Die takes place in the tiny Founders Lounge beside the main theatre. I’ve always been attracted to this space and lamented the fact that the Cultch doesn’t seem to utilize it more often.

It was a pleasure to watch Lee move around the room, interacting with the old stained glass window frame, haphazardly leaning against the back wall, the empty bar fridge and the barely used microwave. Her movements in and out of swirling projections were almost hypnotic, and the moments of audio manipulation gave the performance an almost ethereal sense. 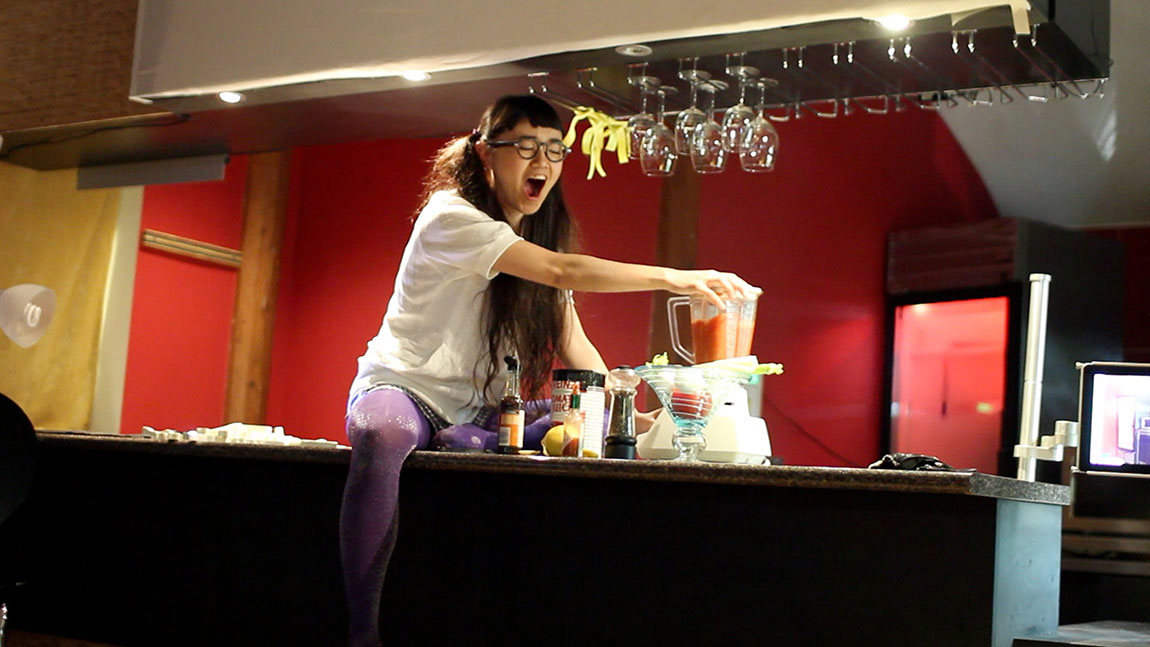 Accompanying Lee on live and digital instruments was Alex Mah. Not only did Mah add a soundtrack to Lee’s life, he interacted with her, danced with her and played within her memories. 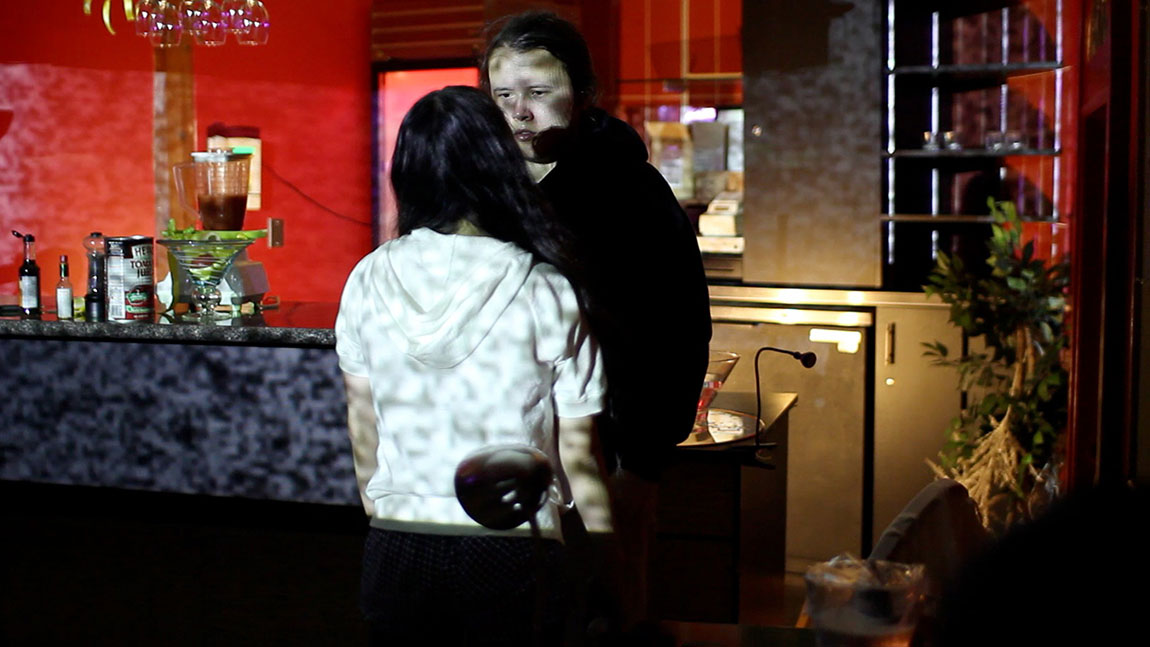 I have mixed feelings about the score throughout the piece. Live manipulation of Lee’s voice with reverbs and pitch modulation helped give an ethereal and haunting effect to her singing and performance; Lee demonstrated a wide array of vocal qualities throughout the hour, and these effects provided even more depth. However, many times the music got in the way of the text and didn’t help to create any responses the text couldn’t manage on its own. There were moments when Lee was speaking of something personal and private, and the music ruined this intimacy by forcing itself into the picture. Lee has a way with words and poetry that is specific to people who learn English as a second language. It’s sometimes harsh and overly rhythmic, but always enticing and exploration of contrasts would have been beneficial. That being said, the music was masterfully manipulated by Mah. It had a unique and clear voice and created a world of its own. It was just the mix between sound and text that was a little off.

The performance is personal. It’s about Lee’s history as an immigrant, a theatre student and a performer. There are many lines where she talks about her friends, which may be lost on people who have no relationship to Lee. We’ll Need A Piece of Cake Before We Die is at the same moment beautiful and grotesque (a bowl full of mackerel and milk is a prominent prop). But even then, you can’t take your eyes off of her. Her tiny body seduces you (literally, at one point performing a striptease in her graduation cap and gown). 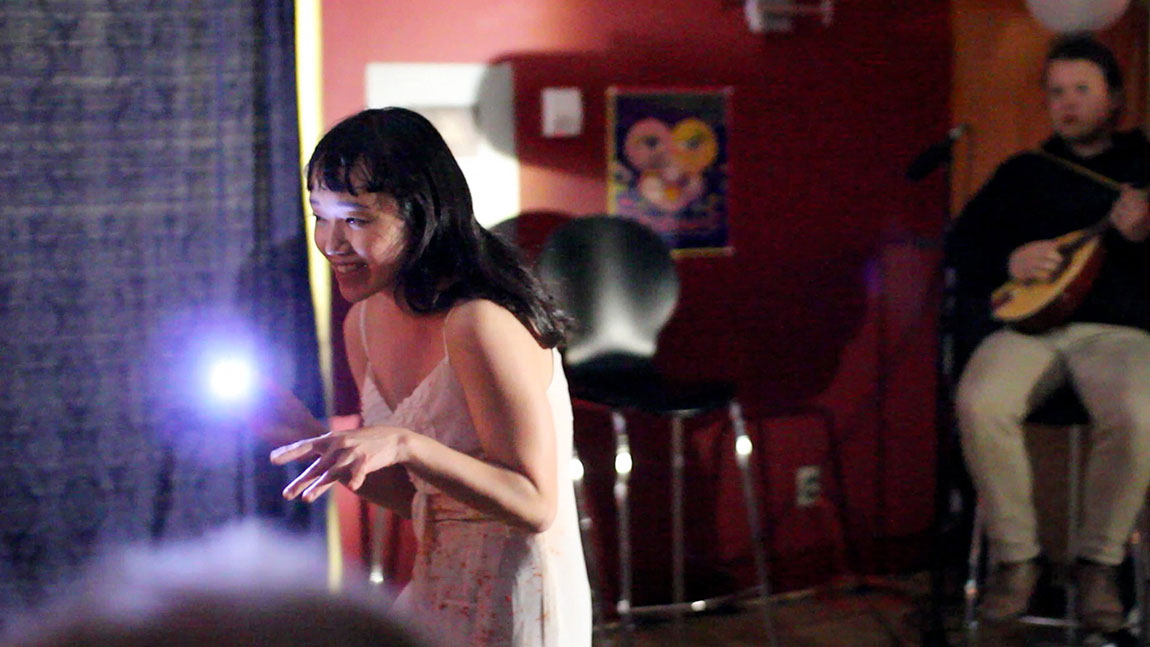 It’s great that the rEvolver Festival provides opportunities for emerging artists like Lee to present work. Many established artists in the Vancouver theatre scene receive grants and funding for their work, but the energy seems different when the artist is not just giving all their time, but also all their resources to their production. Although not all of the moments in We’ll Need A Piece of Cake Before We Die landed, the overall piece is a must see. Lee is the type of artist that doesn’t just create for a stage, but creates of and for her life. 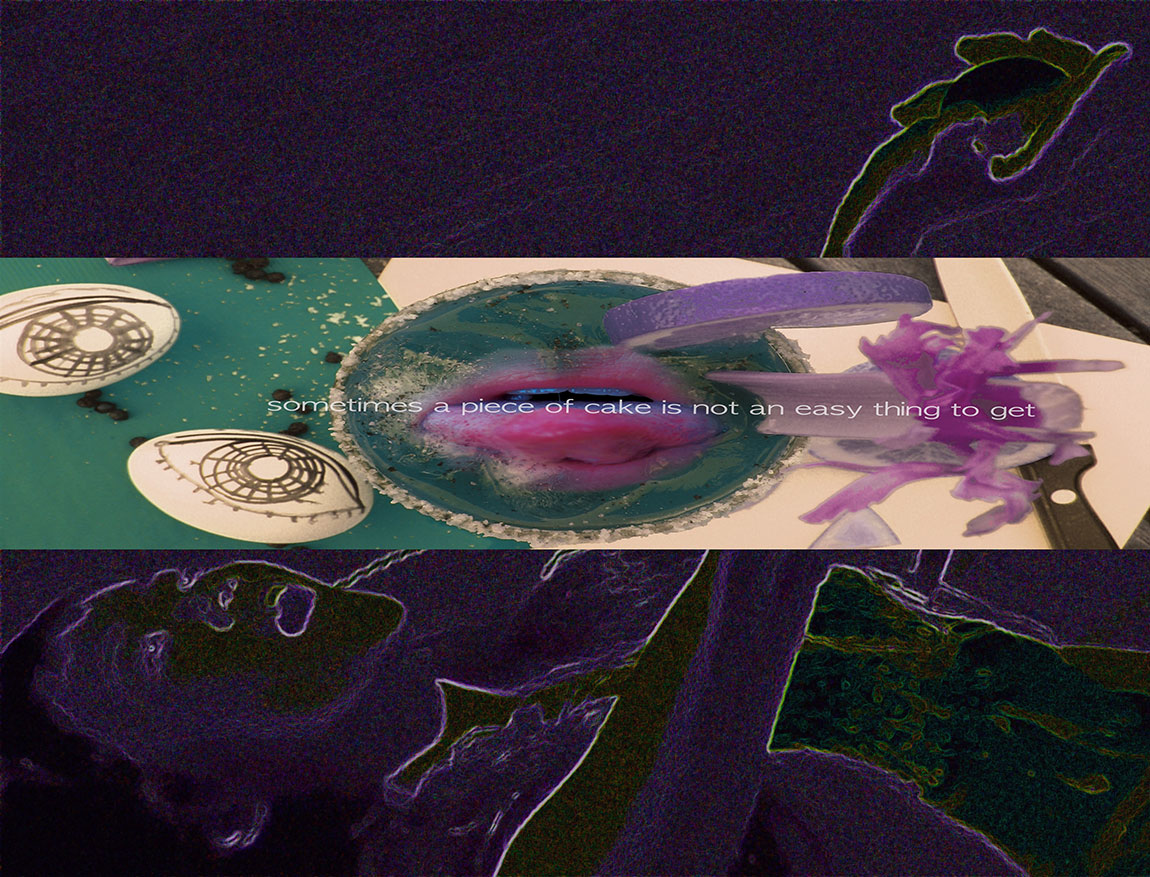 We’ll Need A Piece of Cake Before We Die ran May 16-24 at the Founders Lounge at The Cultch, 1895 Venables St, Vancouver