To kick off the 37th annual Powell Street Festival, an interdisciplinary event entitled Spatial Poetics XII: Release Me took place on July 6th 2013. On the top floor of SFU Woodwards Goldcorp Centre for the Arts is a small stage – Studio D – equipped with scaffolded seating. Here, Spatial Poetics XII invited audiences to challenge their understanding of relationships to space and inclusion.

The festival’s coordinator Kristen Lambertson says that she invited this year’s Spatial Poetics artists based upon their abilities to challenge the boundaries of their chosen practices. Experimental and collaborative interdisciplinary performances by Lisa Gelley (choreographer/dancer) with Gabriel Saloman (musician/artist), Joseph Hirabayashi (musician/composer) with Gillian Cole (animator), and Howie Tsui (visual artist/musician) with Andrew Lee (performer) and Sammy Chien (media artist), along with animations curated by Asa Mori, makes for an exciting and diverse line up of collaborating artists.

Interdisciplinary explorations are certainly nothing shocking within contemporary artistic spheres; in fact they may be the norm. Spatial Poetics gives a voice and exposure to the Japanese Canadian art scene in Vancouver, and while the program notes claim the central themes of the night as restriction, captivity and transformation, it seems more likely that the collaborative event remodels existing practices rather than becomes free of them. That being said, the opportunities for experimentation afforded to the artists through Spatial Poetics allows them to play with the possibility of release from the routines and structures (artistic or otherwise) which so often govern daily life and practice. As a spectator, however, I remain bound by these, with the exception of some cerebral meanderings that the night gives permission to explore.

As the lights descend and audience members have been packed nicely into their seats, Gabriel Saloman stands stage left holding an electric guitar and a bow. He begins to weave the bow through an intimate tapestry of space and material. Overhead, the sounds created by the see-sawing of the bow against the strings illuminates what was otherwise a crisply darkened theatre. To the right, Lisa Gelley enters the scene as a spotlight casts a defined space for Gelley to structure her body.

As Gelley dances, she invites the audience to note the simple ways in which the body restricts or allows for specified movement, as if to pay homage to the medulla oblongata and its radical interception and interpretation of agency and movement. Gelley grabs her arm and raises it (as it presents itself in a 90 degree hinge) to the audience, then, realizing it is futile to control it, she lets it go and whips her body toward a space at the back edge of the light. 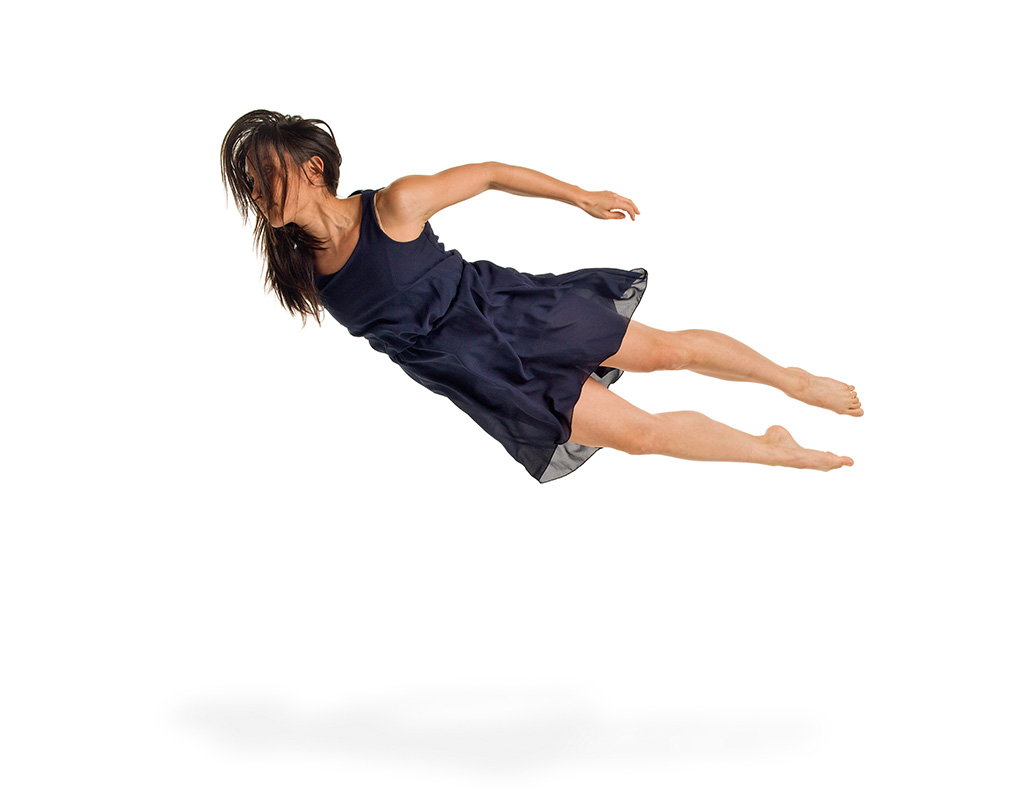 Initially, it seems Gelley’s dance avoids space – she thrusts her body toward a spot, then halts immediately and retreats. This play is intensified by the noisy, ambient sounds created by Saloman’s incantations on the guitar.

Their piece, Gravitate, presents a haunting and ancient-sounding musical composition full of memory, with dance its antithesis – vast and free in its spaciousness, while still balancing the responsibility and burden of history and the memories that tie us to it. Gelley and Saloman say that they created the piece by thinking about ideas of physical memory and the transformative effects these memories have on our bodies and lives. Gelley’s striking postures and whipping bone straight hair coupled with intense, weighty, yet minimalist movements display connections to the past and a seeming continual return to the present. The musical score is full of dark and hollow sounds reminiscent of the weight of time. Saloman’s presence on stage becomes integral to the dance itself, using gestures sparingly to support Gelley in her dance. Gelley and Saloman illuminate the reliance individuals have on each other, and our relationships with space and the past through processes of knowledge of the self and its others.

Animations curated by Asa Mori include an excerpt from Montreal band Elfin Saddle’s curious stop-motion photography experiment Wurld (2009), which provides a whimsical retreat into a garden riddled with inanimate, childlike objects. Throughout the animation, the amount of objects in the frame intensifies, and a tiny city is created and destroyed in the space of a few seconds. A magical miniature factory of wonder; snails, plants, and trinkets dance, and create a colourfully cluttered world accompanied by an enchanting banjo and scratched vinyl folk soundtrack. Mori also includes Winnipeg’s Leslie Supnet’s Gains + Losses (2011), a wondrously melancholic (and beautifully animated) journey through some of the personal anxieties provoked by death, identity, loss, and grief. 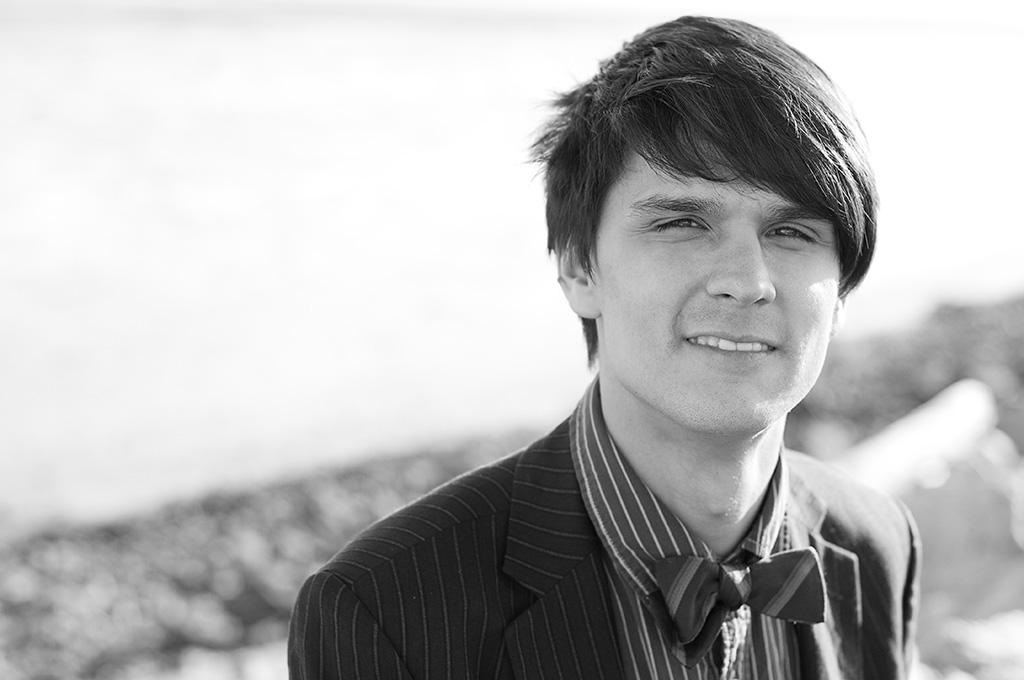 Following the animations curated by Mori, Joseph Hirabayashi’s collaboration with Gillian Cole, Kingdom of Ends, explores moral tensions and notions of exclusivity. Hirabayashi sits stage left behind his keyboard, and perhaps indicative of the playful nature of his piece, he gestures toward the technicians with a “thumbs up” sign. He lowers his fingers to the keys and forces a chord from it. Between gutsy chords, he flourishes higher notes.

Gillian Cole’s animations are projected on the large screen that backdrops Hirabayashi’s pop opera. Hirabayashi’s composition brings to life the black and white images that Cole produces, and the sounds from his red keyboard seem like harmonious projections or resonations of what the two artists are trying to convey. While Cole’s animations are simple pencil drawings, the characters and movement compliment the complicated subject matter of the piece: morality and ethics. The animated characters that loop the film are curious convulsions, reminiscent of neo-surrealism. Hirabayashi sings; “I thought of something to do / I’ll press my thoughts against you…” and while the audience is led to believe this is a romantic gesture to intimacy and fidelity, the lyrics illustrate Immanuel Kant’s moral philosophy presented in the Groundwork of the Metaphysics of Morals. The hypothetical is made real and tangible through pop lyrics that allow the audience a relationship through themes of inclusion, alienation and systematization. 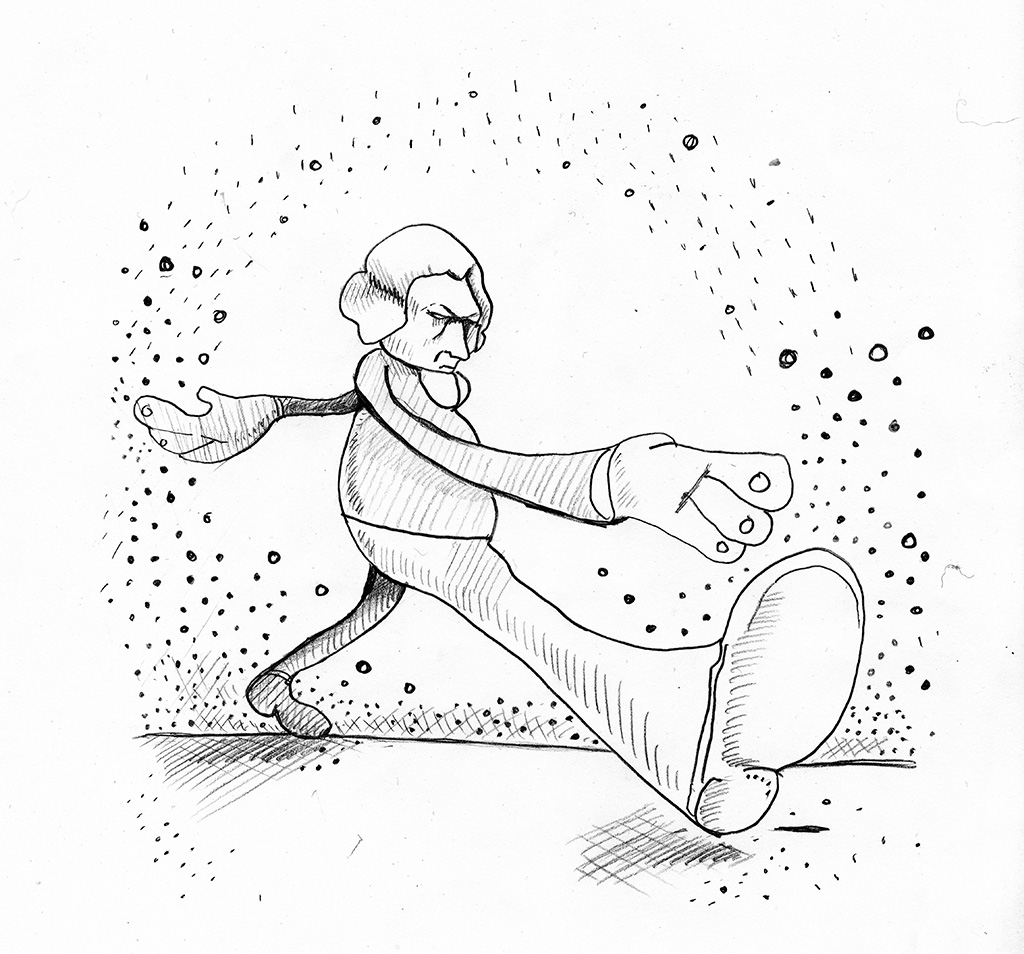 Visual artist and musician Howie Tsui, performer Andrew Lee, and media artist Sammy Chien’s experimentations with layered photographic histories, new media projections and live sounds exposes local colonial history in their piece The Unfortunates of D’arcy Island. Tsui, Lee, and Chien sit at a lengthwise table centre stage. Strewn over the table is a plethora of musical instruments, digital pedals, laptops and samplers. Unexpectedly, Howie plays a guitar at the far end of the table, and projected onto the screen are photographs of citizens of D’arcy Island (used as a leper colony for Chinese immigrants from 1894 to 1924).

Initially, I am made uncomfortable by Chien’s manipulations, as he plays with the footage live, super-imposing haunting auras onto the photographic evidence of the exiled Chinese Canadians. It seems to manipulate my own sense of belonging. Tsui and Lee, however, provide an arching soundscape that provides intermittent escape from the horrifying images. As Chien continues, I notice his live manipulations of the on-screen images also trigger terrifying noises. I start to ease into the terror and he becomes more dramatic, imposing layers of coloured auras, making the images oscillate and warp while Tsui and Lee also warp their melodies. 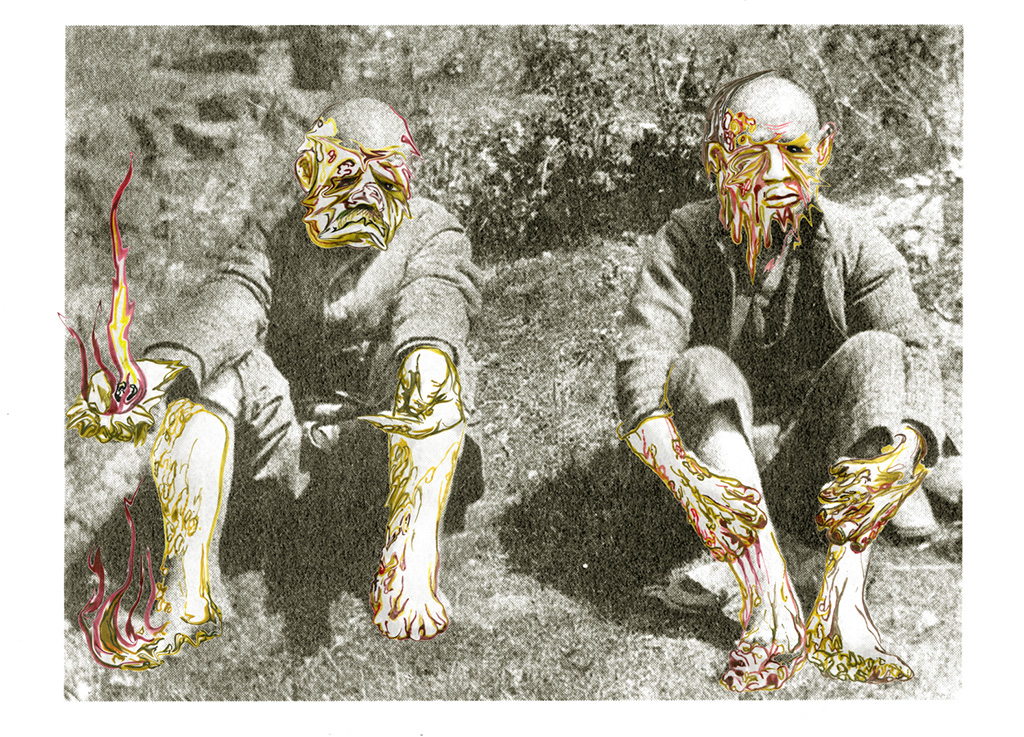 The piece recalls the deeply deplorable history of exiled Chinese Canadian lepers sent to D’arcy Island between 1894 to 1924. The historical truth recounted by new media forms of storytelling, with live sound experimentations, could be understood as a comment on the contemporary realities of socio-spacial-economic separation, dislocation and isolation that is hardly unnoticeable outside the very doors of the performance space here in Vancouver.

Themes of memory, the past, repetition, dreams, tensions and the future are found linking the performances like a thin thread. Rather than the release, Spatial Poetics XII illuminates the chains of connectedness that bind us. Perhaps it is in the common boundaries linking separate bodies, substances, movements, spaces, language and phases of being that creates the meeting point for collaboration and transformation. Spatial Poetics XII is a telling glimpse of what the Powell Street Festival has in store for us.

The Powell Street Festival is the largest Japanese Canadian festival in the country and one of Vancouver’s longest running community events. It features contemporary and traditional Japanese Canadian performances and demonstrations, music, visual arts, film/video, walking tours, tea ceremonies, and an amazing array of delicious Japanese festival foods – don’t miss out! Saturday and Sunday, August 3rd and 4th, 11:30 AM-7PM 400 Block of Powell Street. For more information or to volunteer: 604-739-9388; www.powellstreetfestival.com