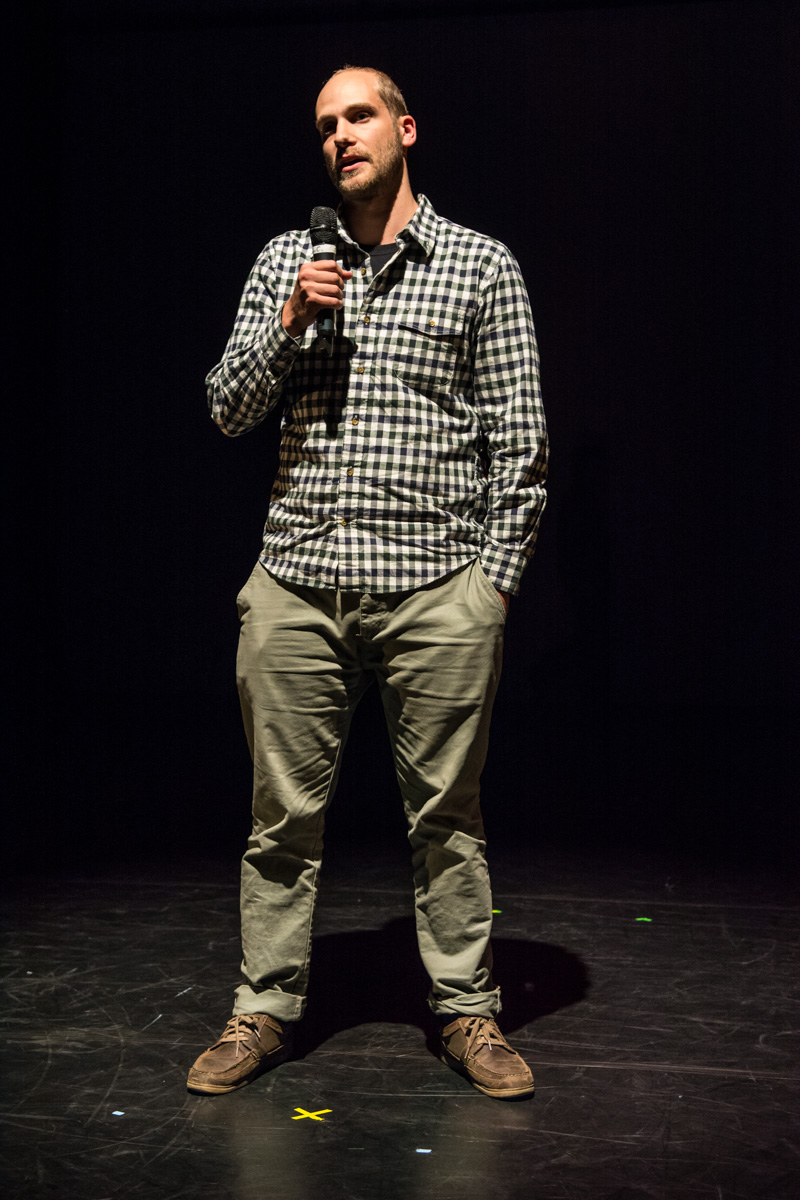 “I love Vancouver,” states Rami Katz affirmatively. “I love the landscape and the environment here—it’s just a beautiful place to live.”

This is quite the declaration, given today’s quintessentially-Vancouver weather: grey, chilly, and drizzly, even on a Sunday morning in late May. Nevertheless, the elements are safely outside the rain-streaked windows of Elysian Coffee, a quaint café in Vancouver’s Fairview neighbourhood. Katz lifts a small kettle and pours a cup of dark, maroon-coloured tea that smells — well, Elysian.

As a filmmaker, Katz finds himself at the film industry’s whim as it ebbs and flows between B.C. and Ontario. A number of factors, including competitive tax benefits, perpetuate this persistent uncertainty. “If it turns out I have to move for work, maybe down the road, I’m open to it,” Katz continues. “But for now, I’m going to try to keep [my career] here if I can.”

So far, Katz has managed to do just that. He’s currently at Vancouver-based animation studio Nerd Corps Entertainment, where he serves as the production manager of Max Steel — a television series co-produced with Mattel’s line of Max Steel action figures. “It’s been a lot of fun,” he chuckles offhandedly. However, for those more familiar with Katz’s independent short films, such as Dead Air (2008) or Ventra (2010), working in animation might seem like a far cry for him.

Yet, there is more confluence than one might expect. “In some departments, it’s very similar to live-action,” Katz explains. “For directing or editing, or some of the production roles, I can see a lot of crossover.” For instance, the composition of shots and editing — as well as the narrative frameworks — adhere to similar logics. Furthermore, whether working in live-action television or animation, the tight deadlines and breakneck pace are constants in the industry. “I’ve worked in documentary, live-action, lifestyle TV series, effects production, animation… and it’s nice for me to have all that experience, being able to work on multiple platforms.”

Being versatile within his medium has always been essential for Katz. His passion for film actually began with still pictures; his aunt, an avid shutterbug, inspired Katz to try photography, which he then pursued at Kitsilano Secondary School. Katz was also introduced to cinematography during his high school years, thanks to Ken Scott’s innovative television production courses. “Mr. Scott had Final Cut Pro and HD cameras way before most high schools,” Katz remembers. “He was really good at advocating for the arts.”

Katz was then accepted to Simon Fraser University’s film school, a rigorous program that challenged him to experiment with 16-millimetre film, digital photography, and a breadth of sound and editing techniques over the course of his degree. The work was often highly collaborative; in his second year, Katz teamed with three other students to write and produce the short film Dead Air, which Katz also edited. Dead Air was screened at the Montréal World Film Festival and High Desert Shorts International Film Festival, and received honourable mention at the Columbus International Film and Video Festival. His graduating film, Ventra, was screened at film festivals in Montréal and Anchorage, as well as the NSI Online Short Film Festival, and won a Rising Star Award at the Canada International Film Festival.

Short films are still a vital aspect of Katz’s practice. “I’m doing both commercial work and also my own independent stuff as well,” he says of his recent projects. At last year’s LAUNCH Festival, Katz showed his latest work, entitled An Exploration of Light (2013); the film sets three physicists’ calculated, quantifying explanations of how people perceive light against poetic, evocative shots of light recorded around Vancouver. “I guess it’s a documentary,” decides Katz hesitantly, “but it’s more experimental in its approach.”

The incipient interpretations are myriad: does An Exploration of Light reveal how fundamental laws enable us to observe profound beauty? Or does it criticise the way technical rationalisation robs such phenomena of their mystique and spirituality? There is no definite intention, but the juxtaposition of the artistic abstract and the scientific concrete — of physics and metaphysics — is nevertheless thought provoking.

“When I submitted, it was the first year of LAUNCH,” Katz recounts, “so I honestly didn’t know anything much about it. The whole thing far exceeded my expectations.” In particular, the interdisciplinary nature of the festival took him by storm. “Usually you have film festivals or dance festivals, just one form or the other,” he says, “and sometimes you get a little pigeonholed. I’m a filmmaker, so I’ll go see a lot of movies. But I think it’s great for artists of all spectrums to see other forms, because it gives you so much more perspective. And most of the time we’re dealing with the same themes, same issues; it’s just shown in a slightly different way.” 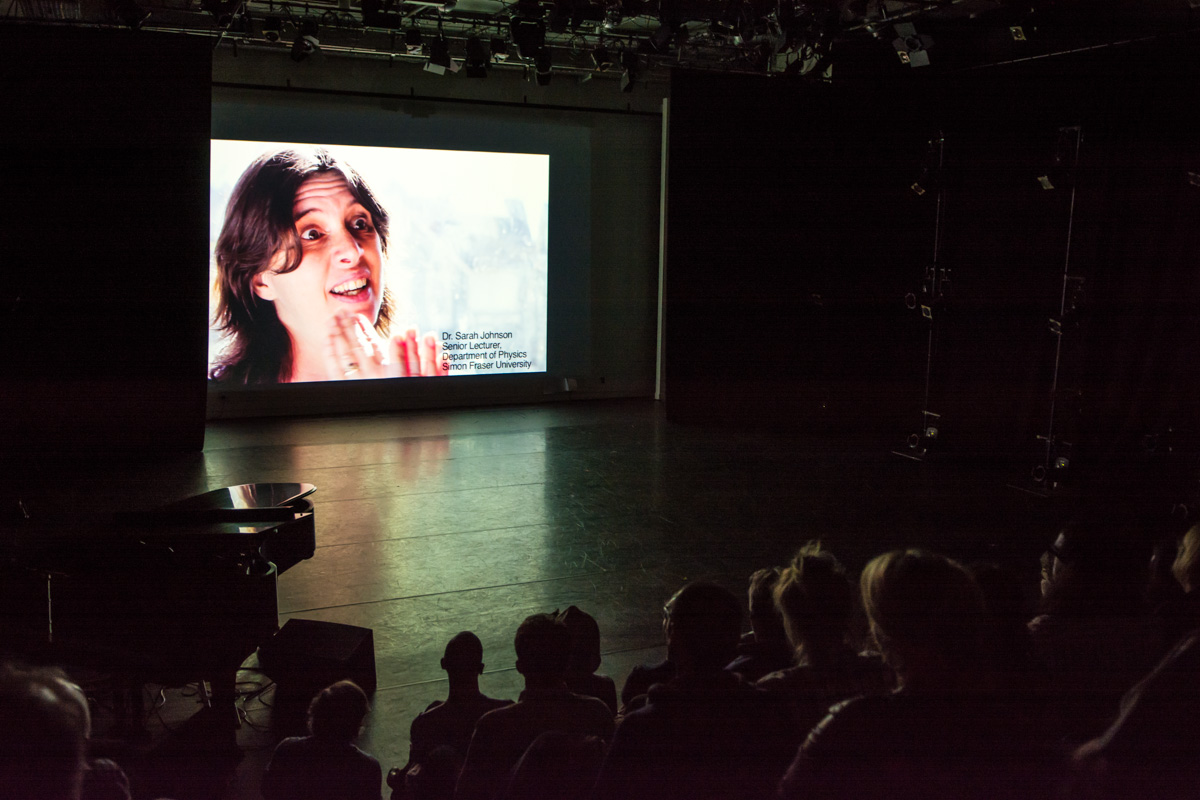 The LAUNCH Festival’s inclusion of an artist’s fee was also a much-appreciated gesture. “The director made it clear that it was important that artists do get paid for their work,” Katz recalls. “Most festivals don’t. It was not so much the money, but more the philosophy of it.”

To this year’s participants, especially up-and-coming filmmakers, Katz opines: “Finish your project! It’s so easy to not finish — especially if you’re working on the side or whatever — and a lot of time you’ll be waiting for funds or post-production. One way or another, get around to finishing your work and don’t leave it lingering for too long.” Katz acknowledges that lack of funding can be a barrier, and encourages his fellow filmmakers to plan their projects’ finances carefully; applying for grants and crowdsourcing are possible avenues. “And have fun!” he adds with a laugh. “If you’re doing your own personal project, probably the most important thing is to have fun and make sure that this is what you want to be doing.”

Following the advice of his mentors from LAUNCH’s panel of arts professionals, Katz has been volunteering within Vancouver’s film industry in order to foster a better sense of community therein; lately, he’s been involved with DOXA Film Festival and Canadian Cinema Editors. Katz is also submitting a revised version of An Exploration of Light to various film festivals. “The other screening it has made was at the DOC BC Local Filmmaker’s screening at Cineworks in Vancouver,” says Katz, “but that was last year as well, before my final edit.”

Leaving Elysian Coffee, we walk up Broadway; he’s off to go suit shopping for a wedding he will be attending. Katz is wonderfully amiable, turning the tables and asking me about my own endeavours. There’s a selflessness about him, evinced perhaps by how eagerly he divulged helpful tips for other artists earlier in our conversation. We chat spiritedly all the way to Cambie Street, where we part ways. His farewell remark: “See you at the LAUNCH Festival!”