Looking Deeper Into A Transitioning Chinatown 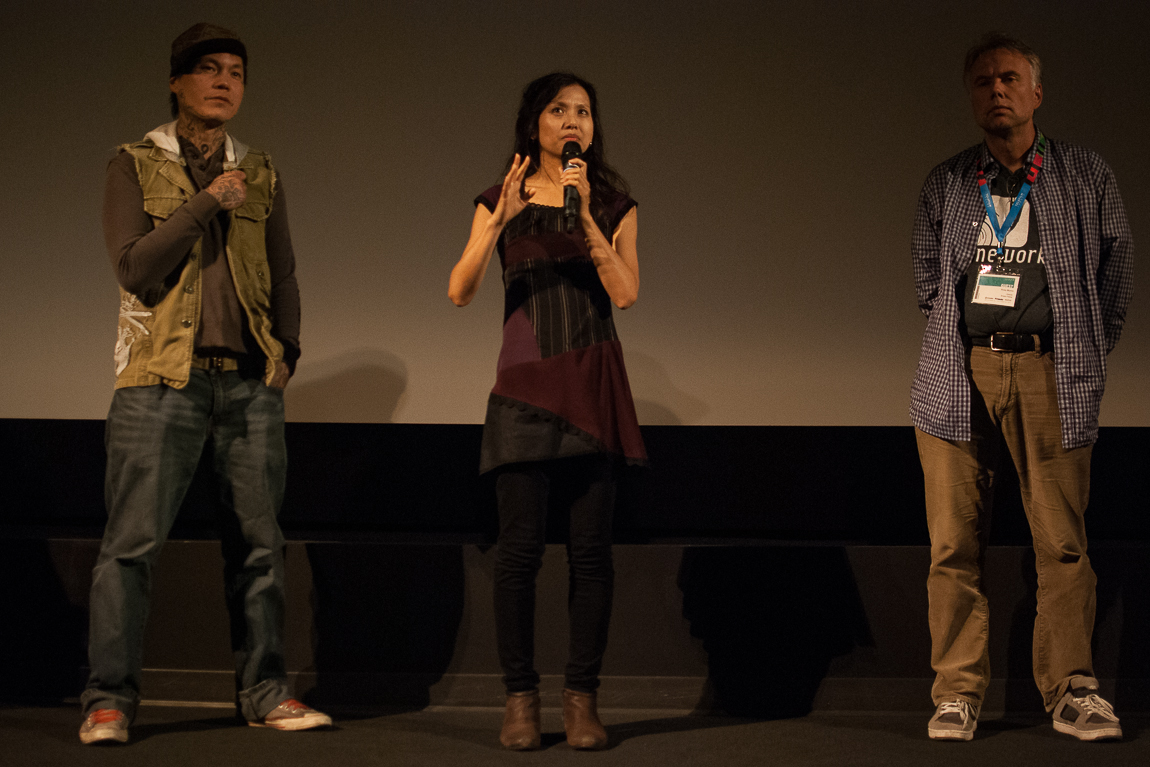 When Julia Kwan’s Everything Will Be screened at SFU Woodwards’ Djavad Mowafaghian Cinema, most 350 seats were taken: the theatre felt bubbling and packed. Arriving a few minutes late granted me first-row, neck-stiffening seats. This was the second of four sold-out screenings of Everything Will Be during the 2014 Vancouver International Film Festival, an observational documentary about our own Chinatown which was part of VIFF’s #mustseeBC campaign. Created to promote local filmmakers through local media, the #mustseeBC campaign selects a dozen features, and the public is encouraged to use the hashtag to select the quintessential BC-made film of this year’s festival.

The screening was preceded by Ross Munro’s Broken Palace, a nostalgic short documentary immortalizing single-screen theatres (which opened and thrived in the 1930s all over the Greater Vancouver Area) as they are being shut down on by one. A sad yet celebratory visual preservation of gloriously decadent buildings, now empty and neglected, Munro’s documentary works perfectly to preface the next two hours of Kwan’s cinematic investigations of legacy, memory and the ever-shifting nature of culture.

Kwan’s visual poetry beautifully captures Chinatown’s escalating transitions, and I initially felt impelled to jump off my seat as soon as the credits rolled so I could walk the block-and-a-half to the gates of Chinatown in hopes of identifying all the sites documented in the film. Thus, the choice to situate all the screenings in close proximity to the community in question (International Village being the only location other than Woodward’s to have a screening during VIFF) was very effective. However, Kwan does not intend to create a mere touristic invitation. Rather, her careful study of the subtleties of what constitutes life within an cultural enclave is rooted in her own experience: as a child, her parents would walk her through Chinatown, addressing everyone as family. But as she explained in the subsequent Q&A panel, it later dawned on her that most of her generation, the second generation Chinese-Canadians, and subsequent generations, were not integrating into the community. 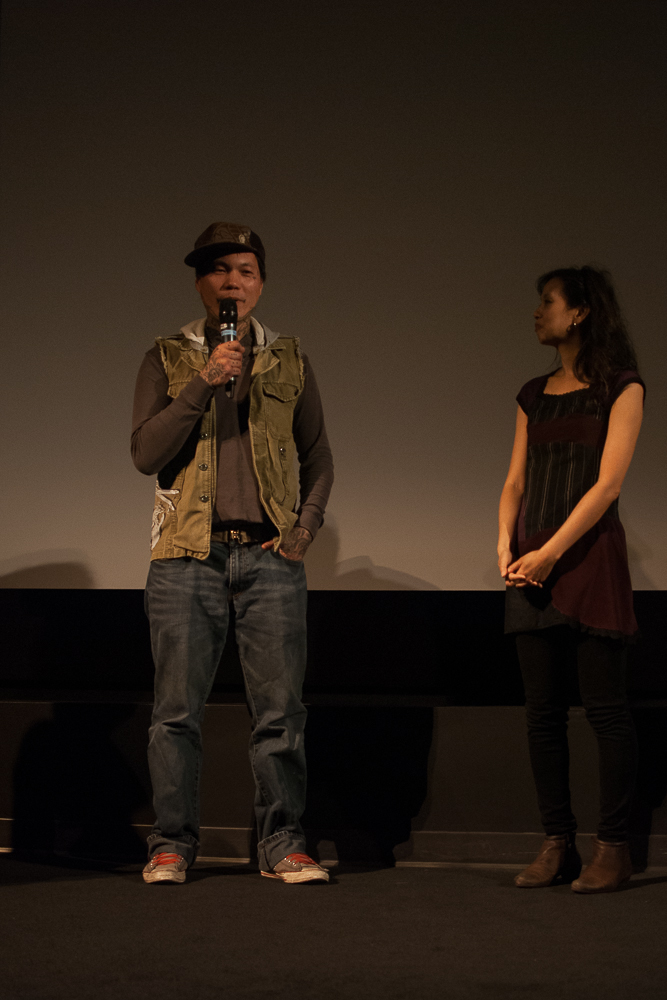 Featured artist Ken Lum, and Everything Will Be director Julia Kwan. Photo by Andi Icaza-Largaespada for VANDOCUMENT

Due to this generational distance, Kwan recounted the year-long process it took to slowly acquire the trust of the community members just to start the three-year long on-and-off process of documenting their testimonies. Until now, Kwan’s reputation has been defined by her internationally-acclaimed fictional films, and Everything Will Be marks her first foray into documentary; she described this experience as an act of letting go of control. “Fiction feels like walking in the park. You can control everything,” she explains. “Making a documentary has made me a better person.” It is an aleatory process, free from rigid direction and open to flexibility and chance.

Described by Kwan as an observational documentary, Everything Will Be brings to the screen the perspectives of 13 different residents of Chinatown: vendors, owners, tenants, artists, experts, businesswomen/men, children, and elders, all inhabiting one of North America’s oldest Chinatowns in a city increasingly scrutinized worldwide for its rampant condominium development that is re-shaping the cultural, historical, and geographic landscape. This is when the film pulled me back into my seat; I was confronted with an invitation to evaluate my own place within this process of change, and examine how a cultural enclave such as Chinatown ultimately exists within a larger culture that often overlooks the fact that real people, not just photo-ops and landmarks, inhabit and mould the community.

For the past 6 years, Martin Creed’s neon installation on the Wing San Building (the oldest building in Chinatown) has claimed that “Everything is Going to be Alright”; Kwan’s documentary playfully yet meditatively concurs that yes, everything will be, as it has been, but it omits Creed’s overt optimism in favour of a multiplicity of perspectives, from the oldest, the newest, the insiders, the outsiders, and the intermittent residents of Chinatown, as it seems to straddle the fine line between gentrification and preservation. “They [the community members] are not opposed to change,” Kwan replied to an audience member, but she reiterated that they want the community to be considered and that these changes must be respectful and mindful. To this end, Everything Will Be emphasizes the importance of making the stories of these people accessible, and recognized as key voices in the greater dialogue about the preservation of cultural enclaves all across North America.

If you were not able to make it to the screenings of Everything Will Be during VIFF, don’t worry. Kwan assures that in following her goal of engaging with the community (both in Chinatown and Vancouver in general), there will be multiple screenings scheduled in the upcoming months, including a screening at the Vancouver Public Library which will be followed by a public discussion.

For everyone waiting to finally see, or re-watch, the National Film Board has announced that Everything Will Be is opening at Vancity Theatre downtown on Novemeber 28, 8:45pm, followed by 3 more screenings from November 29-1!

This screening was presented by the 2014 Vancouver International Film Festival at the Djavad Mowafaghian Cinema on October 1st.