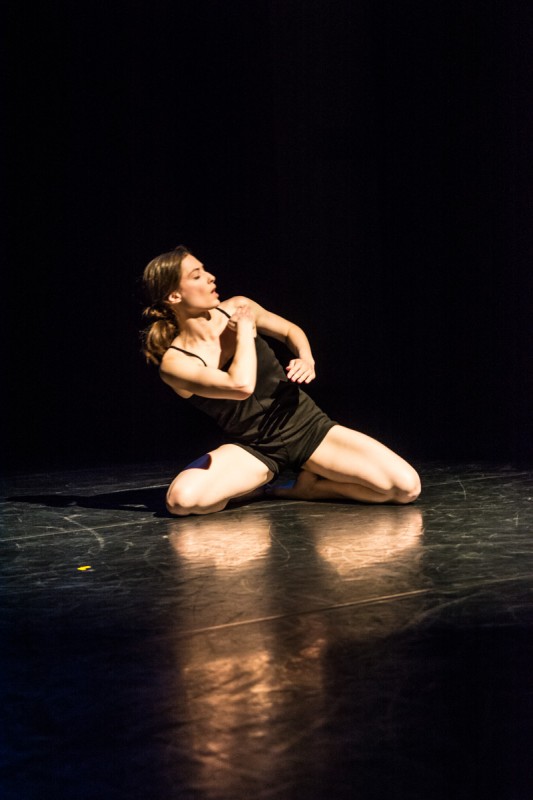 I am sitting in Kafka’s, a charming café in Vancouver’s fashionable Mount Pleasant neighbourhood, enjoying a fabulously foamy London fog. The white walls are decorated with art, and the large front windows fill the spacious room with a pale, natural light.

At 9:53, seven minutes before my appointed meeting time with Vancouver-based artist Julianne Chapple, an ethereal young woman walks through the door; something tells me that this is her. It’s something about the way the lady carries herself: tall and poised and yet utterly relaxed, almost as if afloat. I chance a small smile—I don’t want to be too gregarious in case I am mistaken. She walks over and introduces herself, and sure enough, my inkling is correct. The artist is present. 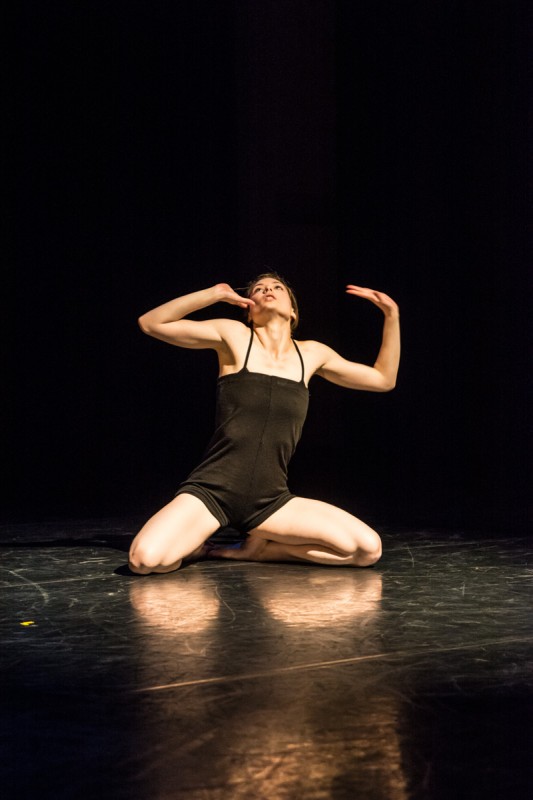 While the term “artist” is admittedly vague, it is difficult to classify Chapple’s varied and interdisciplinary practice. “I’m really inspired by visual art,” Chapple asserts, after a quick sip of her coffee. “I usually start [my choreography] from a visual picture.” Her work, therefore, is an intuitive amalgam of movement and image. Chapple even relates it—albeit somewhat distantly—to performance art, insofar as she is visualising a conceptual idea through her body.

Needless to say, her choreography also resists categorization. When asked what genres influence her dancing, Chapple cites a range of styles that she has studied—including ballet, yoga, and even circus training. “The movement can be anything that supports the vision I have in my head,” she answers decisively. 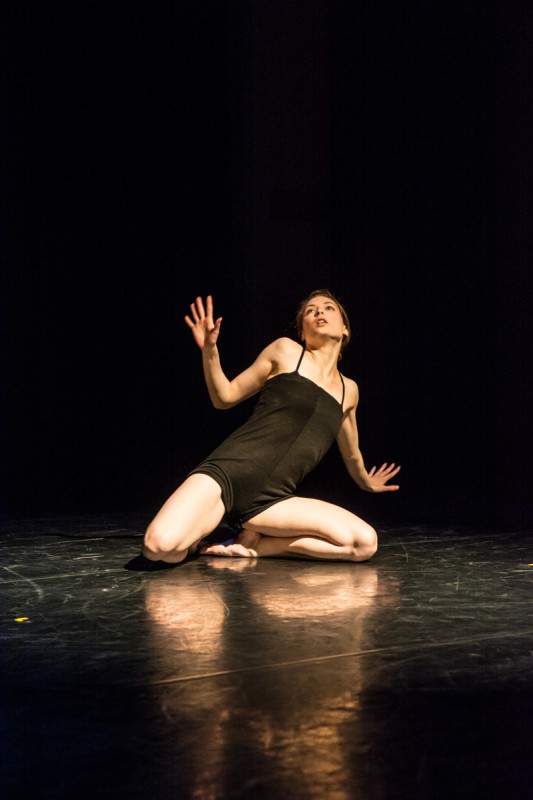 It is Chapple’s multidisciplinary method that prompts her to seek out abnormal venues for her performances. “When I first got to Vancouver, I couldn’t find the dance scene that I fit into,” she remembers. “I really connected to the visual art world. So I showed my work in art galleries.” This penchant for finding unconventional sites is evident in her projects and residencies, from small-stage cabarets in Vancouver to nooks and crannies of a medieval town in Italy. Next month, Chapple’s work will be staged at Ceperley House in Burnaby—a place notorious for its troubled past and supposed paranormal activity.

Chapple’s embrace of diverse art disciplines stems from her childhood. “I grew up in Langley and attended the fine arts school there,” Chapple recounts. “So from a young age I was exposed to all the different arts.” In fact, it was only outside of her school that she studied dance; Chapple’s curricula focused mainly on music. Although she acknowledges the critical connections between music and dance, the former no longer factors into her own practice. Instead, Chapple chooses to collaborate with musicians, or else commission compositions from them.

She jokes, “I very rarely sit down at the piano—maybe if nobody’s looking!” Chapple laughs often throughout our conversation; her affable nature is as buoyant as her posture. She can speak of her art with a scholarly sincerity and still manage to interject self-deprecating jabs here and there. 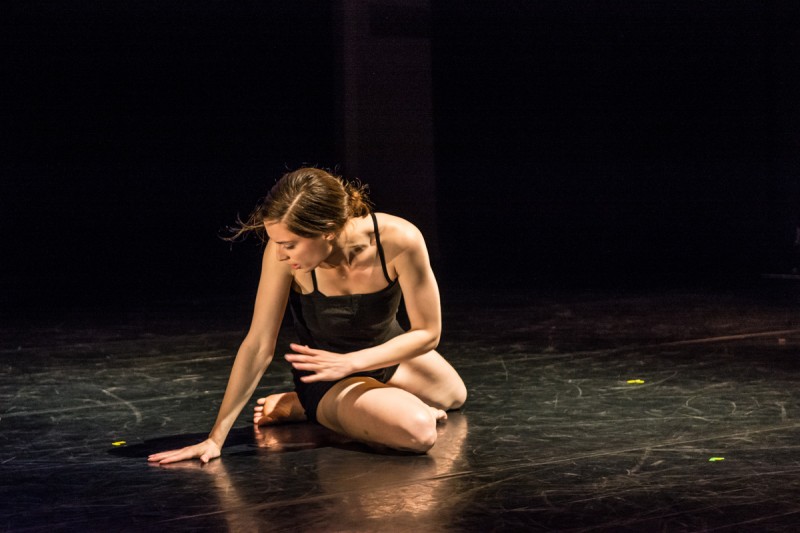 “Usually, I create the choreography first, and then find something for it after,” she continues. “I think of music kind of like a film score — where the main action is happening and the music is setting the tone.” It’s a refreshingly pointed perspective. One often thinks of dancing to music, rather than playing music to dancing. By bringing together diverse artistic praxes, Chapple abolishes the hierarchies between them.

In fact, the unification of diverse artistic praxes is what drew Chapple to the LAUNCH Festival last year. “I always try to approach my work just as art, rather than thinking about it as dance,” Chapple affirms. “So, being in a setting where there are other disciplines going gives me that feeling of freedom. I can express myself in whatever way is necessary, as I opposed to feeling like I have to —“ she hesitates for a moment — “like, do a sweet move.” We both chortle at this turn of phrase, but her earnestness is evident. Indeed, Chapple recurrently notes how meeting with other artists was her favourite aspect of the festival.

Of course, there were other highlights, too. “LAUNCH is a great stepping stone—a chance to show your work, a chance to get paid for your work, and to meet other artists,” Chapple adds. “And the show was reviewed in the [Georgia] Straight, so it’s really great that I have something in my press kit now to apply to festivals.” 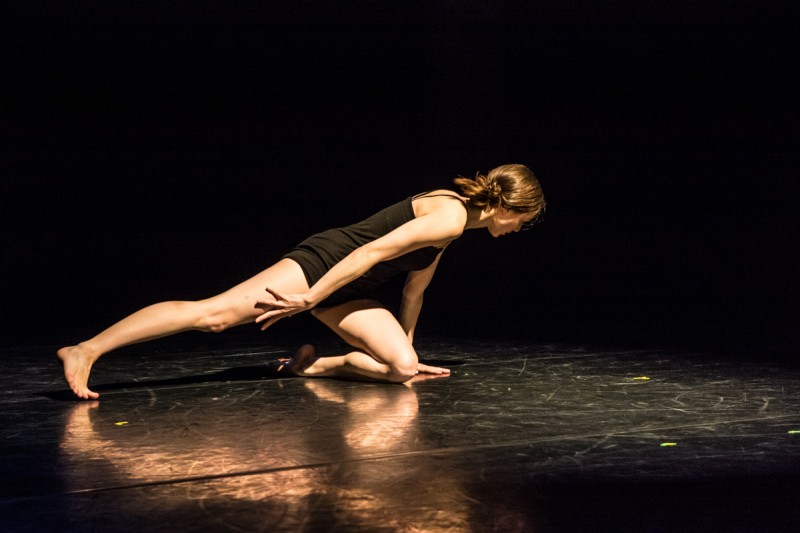 Moving forward in her career, Chapple is looking forward to collaborating with her husband, visual artist Ed Spence, on a mixed media performance in the fall. The piece will feature wearable sculptures, drawing upon the production designs of early twentieth-century ballets by artists such as Pablo Picasso and Oskar Schlemmer. “I’m obsessed with the transhumanist movement,” she elaborates, “as this scary thing that I think is inevitable. It’s interesting to me how technology is going to change our bodies.” Thus, the sculptures will force the performers to renegotiate the ways their bodies work. It is a speculative exploration of how movement might look — and feel — if and when transhumanist prosthetics are rendered everyday accessories.

Planning ahead is now essential in Chapple’s career. “The bigger the project, the more you have to look into the future, which is hard. I want to do everything now!” She giggles good-naturedly, but there’s a justifiable hint of exasperation in her voice. This collaboration, for example, has been in the works for over a year (aligning residencies, venues, and funding takes careful consideration). It isn’t unusual for Chapple to have her ventures planned several months in advance—she’s even organised something for next February! 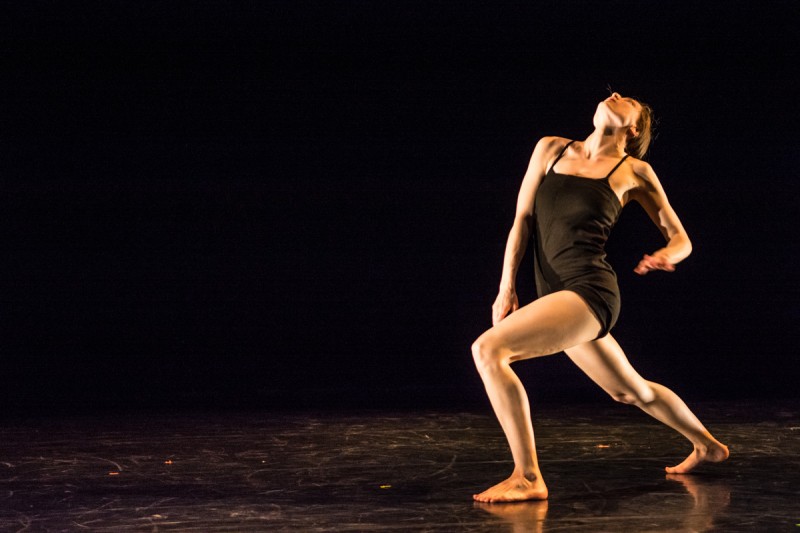 It goes without saying that Chapple is an artist to watch, with exciting and visionary pieces in progress. In the much more immediate future, however, she looks forward to attending this year’s LAUNCH Festival Chapple encourages this year’s participants to value this opportunity to discuss their art verbally. “Talking about my work has always been a little intimidating for me,” she admits, “but spending the afternoon meeting other artists and curators at LAUNCH gave me a chance to get more comfortable with explaining myself as a choreographer.”