What does Red Gate's new residency at the Revue Stage mean to this cleverly rebellious underground arts org? 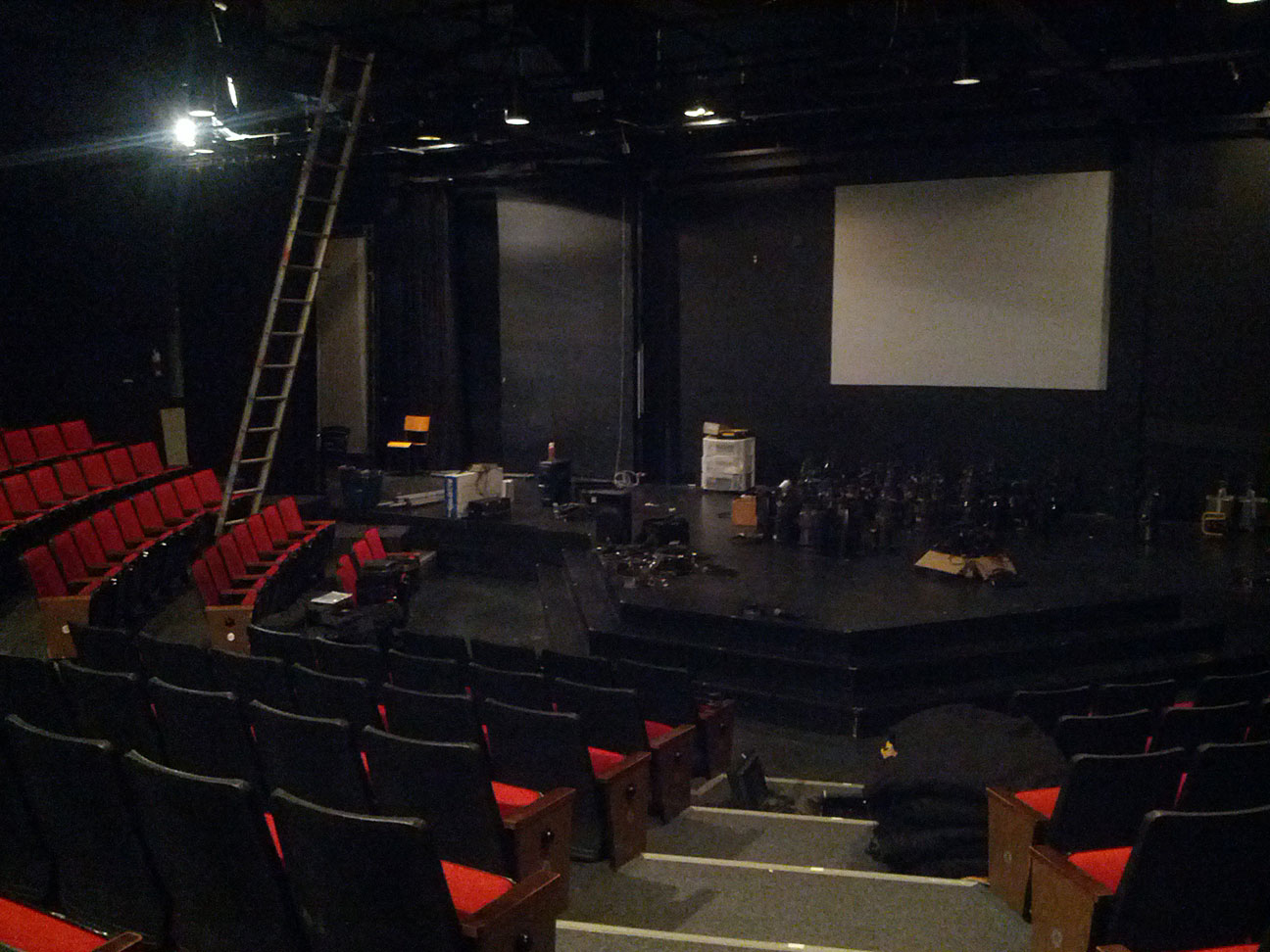 VANDOC: How did Red Gate’s takeover of the Revue Stage come to be?
Jim Carrico: In the spring of last year we were approached by a members of the “Granville Island Vision Committee” to discuss their plans for repurposing the Emily Carr buildings on Granville Island after the art school departs for their new Great Northern campus. They were envisioning a multi-purpose, community-based arts and culture hub, and since that’s basically what we’ve been doing for years, it made sense to meet and discuss it with them.

Not too long after that the federal government announced a new “Granville Island 2040” initiative tasked with renewing/updating the original federal mandate from the 1970s. This process has been grinding along since then, with a number of public consultation and information meetings, concerned with the broader concepts for re-thinking the operation of the entire island, and only incidentally touching on ideas for the Art School building itself. At this point there isn’t even a process to apply for space so that’s on hold until the new board sorts everything out. We’ve continued to take part in these discussions, in the context of the GI 2040 public meetings, and site visits with some of the CMHC employees that are involved in the process.

Last fall they (CMHC) offered us the lease on the Revue Stage, quite unexpectedly. It doesn’t satisfy our mandate as an organization, which is to provide affordable studio/rehearsal space, but it’s certainly an opportunity to showcase our favorite artists and bring some of the east van scene to the rest of the city. As part of our agreement with CMCH we will also manage existing bookings for 2017 so things like the Fringe Festival etc. will still be happening there as well. And we’ll continue to operate our main space on East Hastings as usual.

Is there an end date on the residency?
It seems that the current plan is to tear the theatre out sometime in 2018, to expand the public market, so we have a 1-year lease with 2 6-month renewal terms.

Culture is the reason we do all the other stuff.

Tell us about Red Gate in a layperson’s way – how do you explain Red Gate to someone uninvolved in Vancouver’s underground arts scene?
I typically describe it as a “cultural wildlife refuge”, which is meant only partly as a joke. You could also think of it as a space co-op, and/or a self-funded arts centre, supported by the community who use the space. As the city gets more and more expensive, we are seeing more and more young artists and musicians leave Vancouver, and many more considering it, not because they don’t want to be here, but because of simple economics. Our strategy is to provide affordable work space for artists along with opportunities for presenting their work, and perhaps even generating some revenue from it.

Like anything, you can save by buying in bulk, so larger spaces tend to be less per square foot. More than half of our current location is rented out to artists and musicians in our community as 24-hour private lock-out spaces, provided “at cost”. Maintenance and improvements to the space are paid for by regular fund-raising events, performances, festivals, exhibitions etc, which also provide community members with opportunities to raise funds for their own projects.

We’re also trying to pilot this as a template for other groups to adopt or adapt, and in general to help legitimize the types of spaces that have been in existence for many years (aka “the DIY scene”), but very often hiding in the shadows due to zoning/occupancy/bylaw issues, unsupportive or actively hostile civic authorities, etc. The brutal tragedy in Oakland last month demonstrates the absolute importance of having safe spaces for people to gather, and the whole “Arts Events License Program” largely came out of our discussions with the City about how to make these sorts of spaces safer by making incremental upgrades, starting with basic life-safety improvements, rather than be simply shut down, or driven further underground. 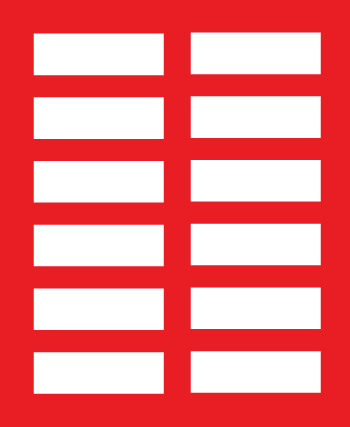 What does “Red Gate” stand for? It is named after the actual literal red gates at the original location, correct?
Correct. There was a gate, which was red.

Where are you (Jim Carrico) from? What type of training (arts or otherwise) do you have?
I’ve lived and worked and raised children in the downtown eastside going back many years, after falling in love with the derelict beauty of the neighbourhood, and the strange experimental cultures that were growing and mutating in the semi-abandoned loft spaces, which were cheap and plentiful at the time.

I have a biology degree, but no formal arts training. I’m interested in a larger view of culture rather than the narrow confines of the “art world”, in particular the self-organizing subcultures that are constantly evolving in modern societies. I recognized early on that there was potential magic in simply having a space in which interesting and talented people were able to basically do what they wanted, without agendas or timetables. But that somebody needed to pay the bills. It’s been necessary over the years to subsidize these spaces by also having a “real job”, tree planting in the early days, web programming more recently.

What is your involvement with Red Gate?
I’m a director of the Red Gate Arts Society, which is the organization we formed after being evicted from our former location, dedicated to providing affordable studio/rehearsal space, which holds the lease on our main location at 855 E.Hastings, and now on the Revue Stage as well. One of the game wardens of the wildlife refuge.

Why do you do what you do?
It’s rewarding in ways beyond the pecuniary. In the standard sociological diagram describing the “hierarchy of needs”, culture is represented as the icing on the cake, the last of the needs to be satisfied after basic survival etc. I think this is completely upside down, and that culture is the reason we do all the other stuff, the binding and motivating force that makes life worth the struggle.

Vancouver’s over-heated real estate market has put (available spaces) all beyond the reach of us non-billionaires.

When did this arrangement with Revue Stage happen? Was it an open call for artists? Or was it thanks to existing relationships within the City?
The offer was originally made last October. Granville Island is owned by the federal government, the City of Vancouver is not directly involved. (CMHC = Canadian Mortgage and Housing Corporation, is the federal entity that manages the island.)

How do you see this contributing to Red Gate’s evolution?
We’re pretty much bursting at the seams in our current location, unable to meet the demand for rehearsal or performance space. We’re also month-to-month since our lease expired last year. We were unable to renew unless we agreed to pay more than twice our current rent, so we’ve been on the hunt for another space since then. Despite an abundance of empty buildings in the industrial lands in the immediate area, Vancouver’s over-heated real estate market has put them all beyond the reach of us non-billionaires.

Do you want Red Gate events to be known & attended by the mainstream?
If by ‘mainstream’ you mean anyone, then yes of course.

Do you see any possibility that this move will endanger Red Gate (Will events need to be watered down)?
Just to be clear, we’re not moving. We’ll continue as usual at 855 E.Hastings, and open the Revue Stage as a second location. It’s a fixed seat theatre space with no dance floor so it’s only suitable for sit-down concert-style events, but other than that we’re certainly not going to “water down” our programming.

Do you intend to use the Revue Stage as a space for more than events?
Yes. We’re already providing rehearsal space for an alternative-school theatre program, and plan to make the space available for daytime or evening workshops, panel discussions, film screenings etc.

All ages is a big part of Red Gate’s programming – does The Revue Stage allow all ages events?
The Revue Stage itself is not licensed, but is approved as a ‘public assembly’ space, so events would be licensed on a case-by-case basis as ‘special events’. We certainly can and will host all-ages events there.

You’re still on the lookout for a permanent space. Does this mean 855 E Hastings will be torn down soon? Where do you ideally want to permanently locate?
There are no plans to tear the building down, that we’re aware of, and no immediate threat of displacement so far. We’re on a month-to-month agreement, with a minimum of 3 months notice of termination, but we’ve had no hints of what the owner’s plans are. Once the condos that are rising just to the east of us are completed, things may change rapidly. We think it’s very important to maintain a space in East Vancouver, which is where most of us live.

What other spaces or collectives or festivals do you recommend local artists get involved with?
People should get involved with any space or scene that attracts them, and create their own if they can’t find anything that quite does it for them.

Where can people contribute ($20 membership) to the Red Gate?
On our website redgate.at.org

Red Gate is quite a success story in Vancouver’s underground art scene. What advice would you give to young emerging artists?
Gonna have to pass on this one for now, too much to say on this…

Red Gate is not only one of the most innovative and resilient arts orgs in our city, they’re one of the most supportive. Reach out if you need a space or want to put on an event.
For Red Gate East Hastings, email redgateartssociety@gmail.com and follow facebook.com/redgateartssociety
For Red Gate Revue Stage, email redgaterevuestage@gmail.com and follow facebook.com/redgaterevuestage 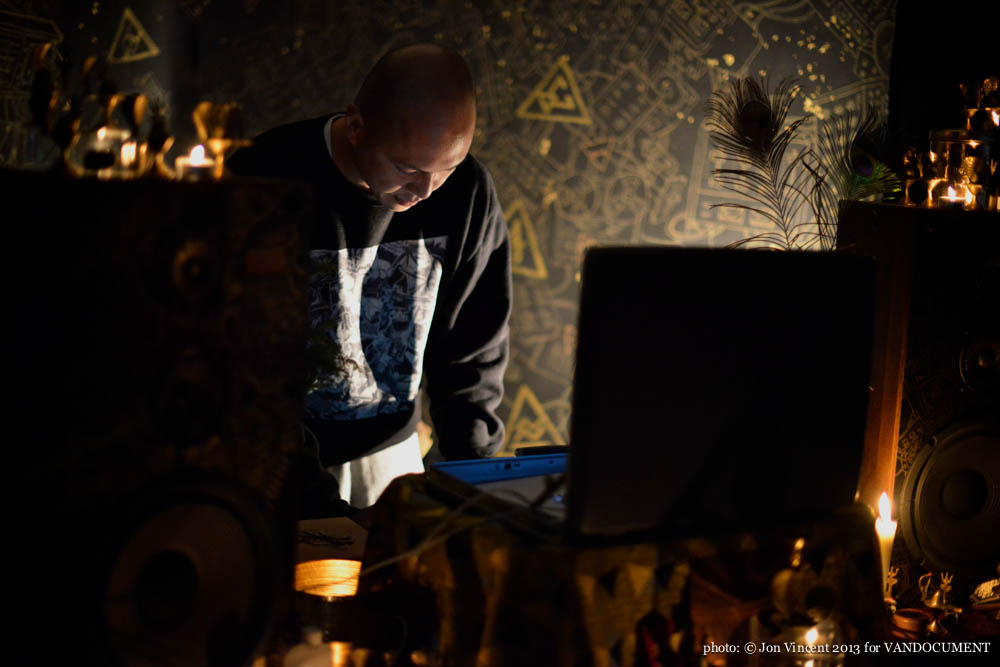 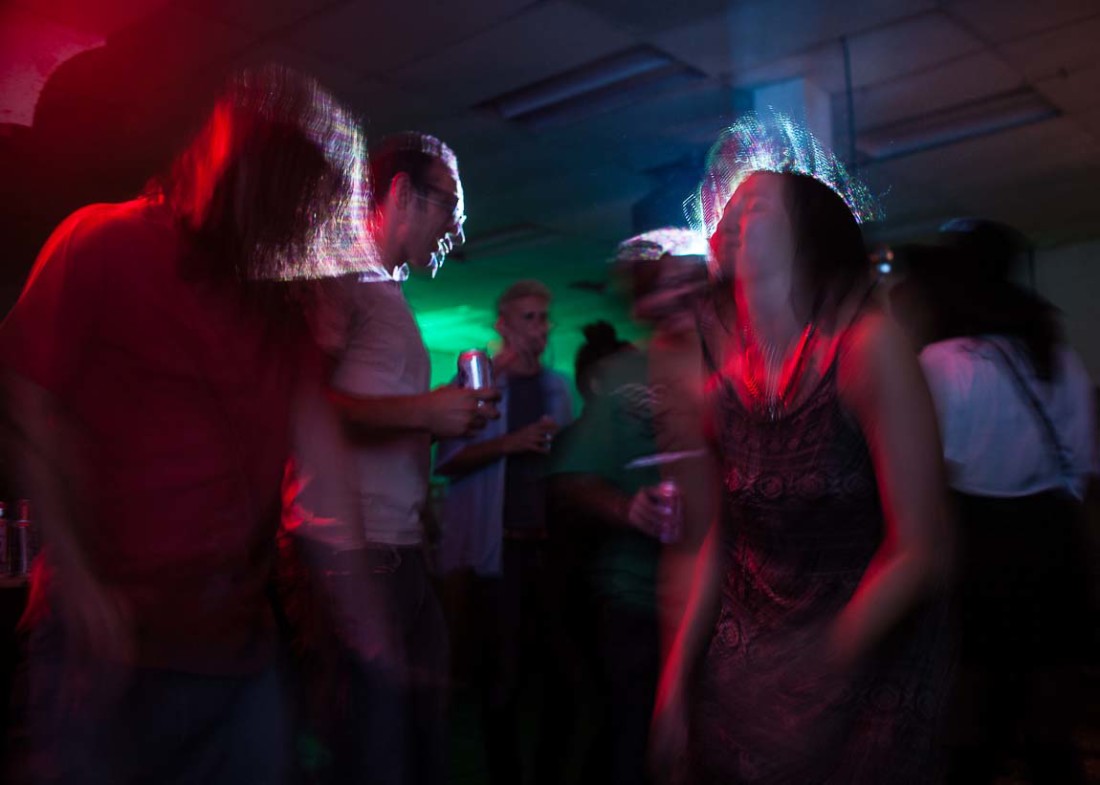 Over Under Over Under – art exhibition review, words by Brit Bachmann, photos by Jon Vincent 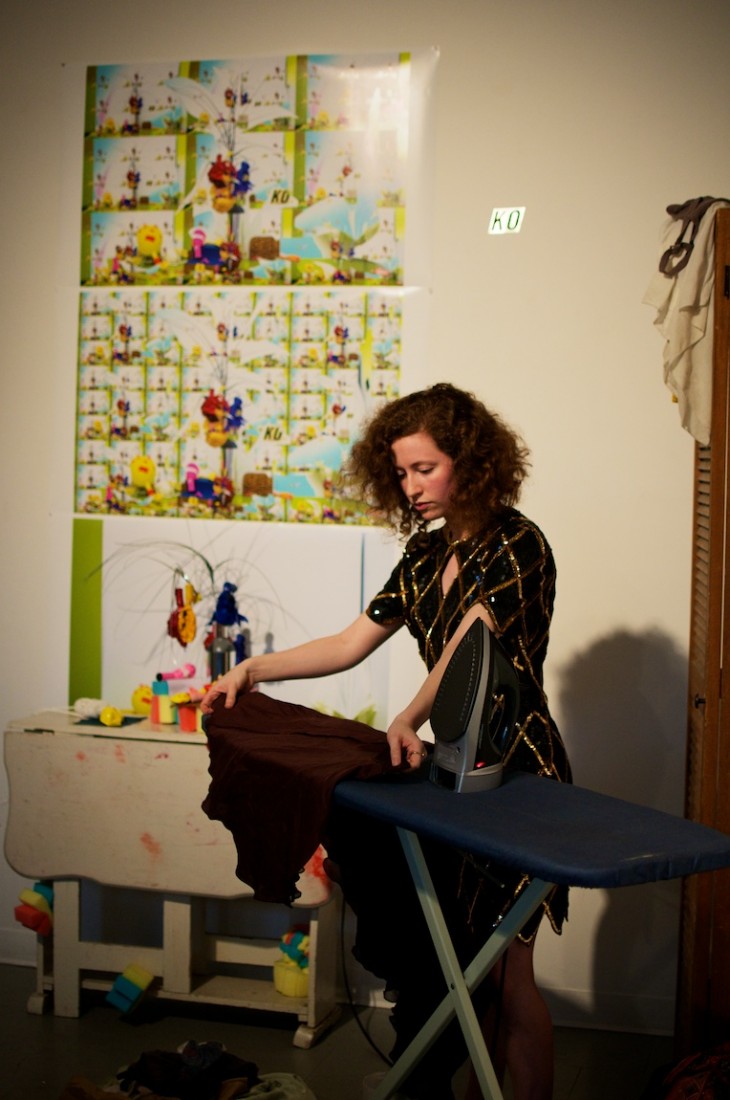 We’d like to thank Jim for taking the time to talk with us, and wish everyone at Red Gate great success in this new venture. See you all at the Revue Stage!