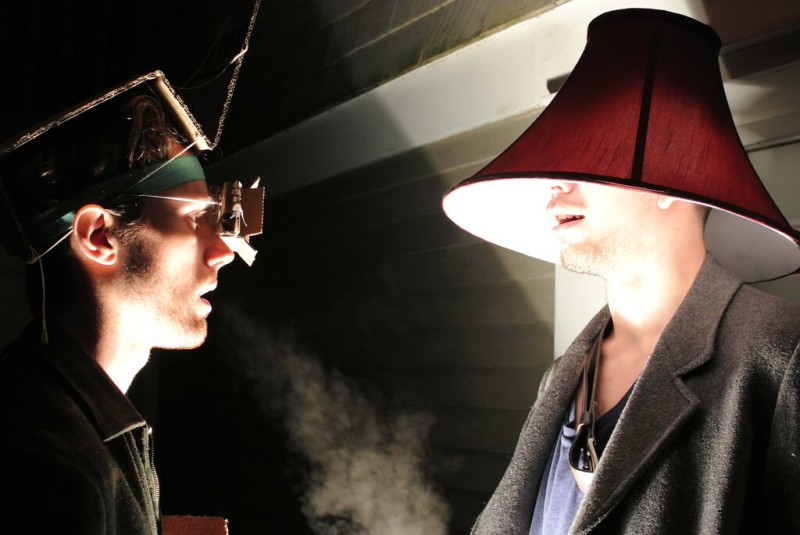 An open, empty space filled with soulless sound. The ebb and flow of tones wash over your ears. You feel like you’re here, in the present, but at the same time lost in a different plane, a different dimension. Expectation is invoked. Desire builds, but will it be satisfied? These are the thoughts that drift through my mind as I watch Elysse Cheadle’s Mr Snortoose and the Machine-Children’s Machine at the rEvolver Theatre Festival.

And of course boxes. Boxes, boxes and more boxes. 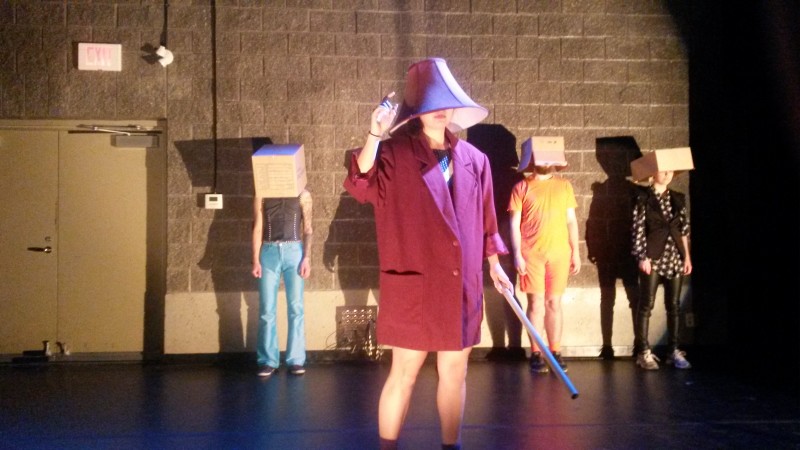 As the cast and director discuss at the talk back after the show, the idea for Mr Snortoose was to create a show where nothing happens. A show that explores the interplay between remembering, misremembering and pretending to remember. The audience and cast, together, wait for something, but never exactly knowing what that something entails. Mr Snortoose is Waiting for Godot on an acid trip, where not only does Godot never arrive, but the characters forget that they are waiting for Godot in the first place.

Many of my notes while watching the show involve thoughts of drugs. It’s a children’s show on even more LSD than usual. Like an episode of Adventure Time that makes your pancreas feel awkward, and by awkward I mean in a sort of sadomasochistic way where you enjoy it but don’t really know why you’re enjoying it. The audience is constantly off centre, out of their comfort zone. But the actors are so earnest in their delivery of these maniacal children that you can’t help being brought into their twisted little world. Manuela Sosa as the Detective is superbly weird as she narrates us through this demented game show on mushrooms. A game show where the stakes are high, but you have no idea what you’re playing for. 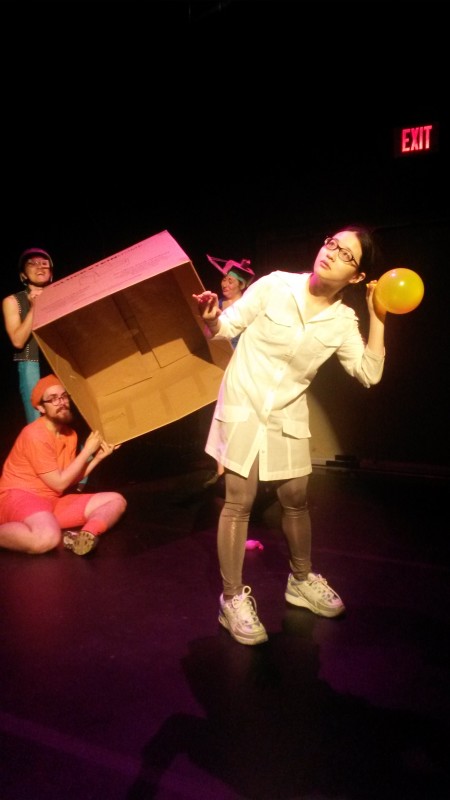 There are many intersecting ideas that flow throughout the performance, like lines that sometimes connect into recognizable shapes and other times run off into the horizon like an escaped pet tasting freedom for the first time. The images composed and the colours utilized create sensations that simultaneously provokes and repels. There’s some very compelling words and ideas that run throughout the piece, but almost equally, there are some that are a little too unrefined and just don’t reach their mark.

This is not a play for the novice theatre consumer. It is not interested in holding your hand and presenting a clean and tidy narrative; instead it shows the fractal story line of a mind barely hanging onto sense. It asks a lot of the audience. It is a structureless blob, and only once you have let go of your previous notions of what story and comprehension is, can you really find the pleasure of feeling it ooze through your fingers. 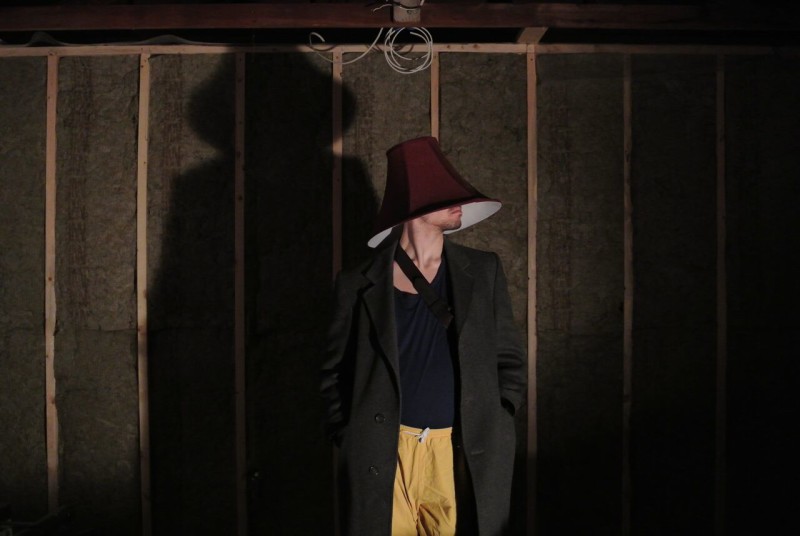