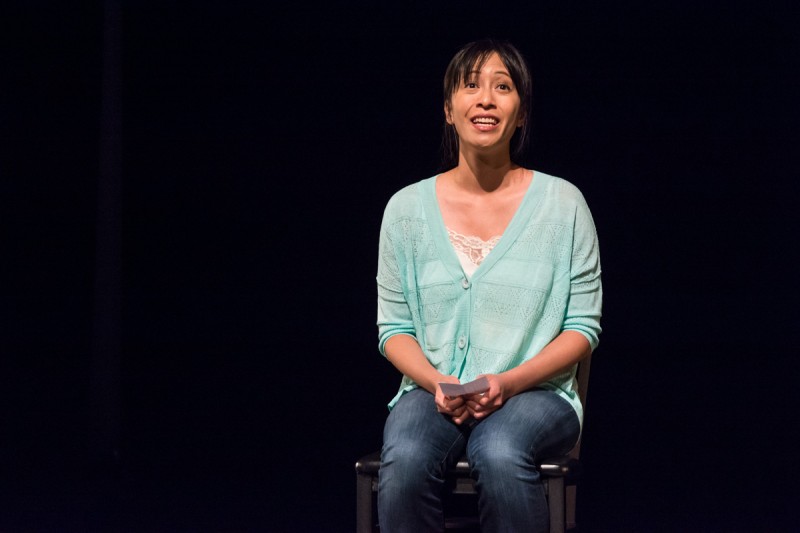 Yvette Lu has a distinction to her name that is unusual for an artist: the prestigious suffix MD. “I wanted to be a doctor for a long time,” Lu recalls fondly, “ever since I was a small child.”

We are sitting in Revolver Café, a trendy coffee shop in Vancouver’s Gastown district. It seems we arrived at a good time, as the line-up grows persistently longer; the small, rustic space, with its high wooden shelves and back-to-back benches, seems too small for its expanding popularity. Lu is sipping a peppermint tea, which she exclaims—with an appreciative chuckle—has been “steeped to perfection!”

Lu completed her BSc at the University of British Columbia in their integrated sciences program before starting medical school, also at UBC. It was in her elective courses that she discovered her passion for theatre. “Medicine was my first love,” says Lu, “so I was working art around that goal.” Lu filled her summers with theatrical engagements, ranging from Shakespearean plays to musicals; she even enrolled at the esteemed Circle in the Square Theatre School in New York City. She’s also an accomplished musician and composer, having played the piano since she was three years old.

Despite these seemingly disparate interests, Lu notices how her backgrounds in medicine and theatre often converge. “My skills seem to cross-pollinate,” muses Lu, folding her fingers emphatically. “Whether I’m seeing a patient or working with an actor, I use the same listening, the same empathy.” Likewise, having acted for film and television—she is set to appear on the new Fox series Gracepoint this fall—Lu is quite comfortable in front of the camera as she discusses health and wellness on Breakfast Television and CBC News. It begs the question: as a doctor with a successful family practice and several acting credits to her name, what was Lu’s motivation for applying to the LAUNCH Festival last year?

The LAUNCH Festival provided a critical platform at which Lu performed and workshopped her theatre piece Stories from the Closet: A Play About Living With Chronic Illness. “I had interviewed several patients living with chronic illnesses,” Lu explains. “Doctors will sometimes only see patients for fifteen to twenty minutes at a time; they can talk about symptoms, but they don’t see what day-to-day life is like for [the patients].” Lu then devised ten monologues based on her transcripts, resulting in an extraordinary one-woman play. 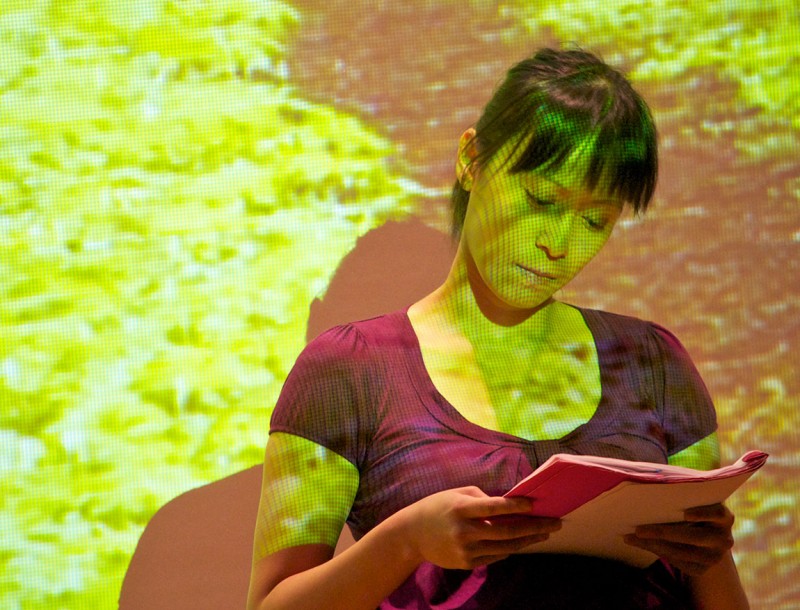 Lu reminisces, “LAUNCH gave me a forum to present my work, as well as media coverage—which is huge.” The opportunity to discuss her piece with fellow artists, as well as the festival’s panel of prolific industry professionals, was a highlight of the festival. But the pinnacle was, of course, performing her monologue for an audience. “I’ve had people come up to me afterwards and say, ‘Thank you for telling my story,’ or, ‘Now I understand what my daughter is going through.’” For Lu, this is the ultimate reward; she recognises that art, with its affective poignancy, is the only means of telling these otherwise incommunicable stories.

“The title of the play is inspired by the character Lucy in The Lion, the Witch, and the Wardrobe,” Lu expounds. It can be difficult for patients to discuss their illnesses meaningfully with others, similar to how nobody believes Lucy’s accounts of Narnia, the fantasy world she finds within her wardrobe. It is a testament to the dual nature of living with a chronic medical condition—it is at once real and imaginary, well known to some people and beyond comprehension for others. Lu hopes that Stories From the Closet will bridge this experiential divide. Moreover, these patients encounter similar barriers to those faced by LGBT people, further extending the ‘closet’ metaphor: “They aren’t sure who to tell, and are afraid of being alienated or stigmatised.”

Lu’s penchant for listening and speaking compassionately is evident throughout our conversation. We are seated right by the open door, probably in the noisiest spot in the café; between the music playing overhead, the queuing patrons, and the cacophonous coffee mills whirring away, Lu’s soft voice is at times almost drowned out. And yet, her lucid, enthusiastic eloquence ensures I don’t miss a word. She has an easiness, an effortless grace that makes one feel completely comfortable in her presence—the mark of both an ideal co-star and an admirable doctor. 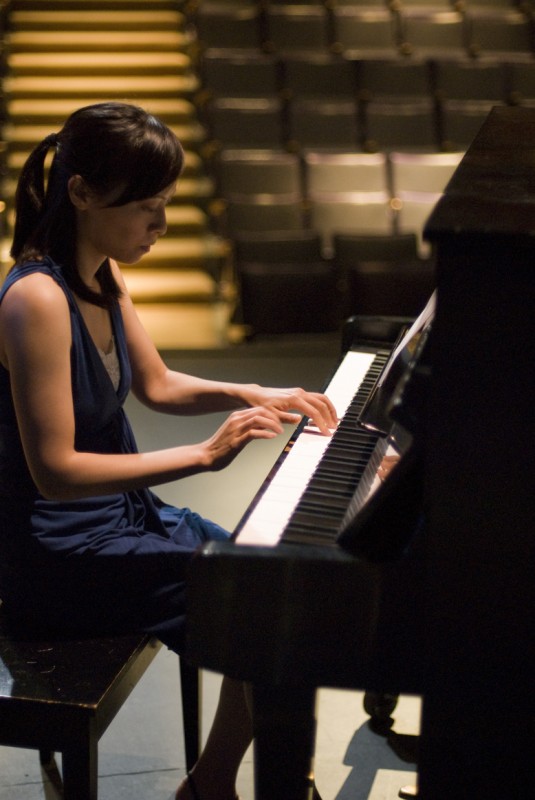 Indeed, like many artists, Lu splits her time between a demanding day job and her artistic pursuits; and a committed career in medicine alongside unpredictable acting gigs renders this a precarious balancing act. According to Lu, having a supportive community is paramount. “You have to work with people who are flexible,” Lu stresses, as she reflects on her paralleled professions. “And your job outside of art has to be something you enjoy doing. I can’t bring sadness to my art. I need positivity—or at least clarity—to be creative.”

Now, Lu is using the feedback and publicity from last year’s LAUNCH Festival to move forward with Stories From the Closet, progressing the piece through readings and performances. She hopes to stage the entire production in the not-too-distant future, which promises to be a taxing but fulfilling endeavour. In the meantime, Lu advises this year’s LAUNCH participants to come to the festival with an open mind—and an open notebook. Her advice: “Ask lots of questions, and be ready to write everything down!”

LAUNCH Festival is an interdisciplinary performance & mentorship showcase of Vancouver’s professional emerging artists. The 2014 LAUNCH Festival is Friday June 20 at the SFU Woodward’s Goldcorp Centre for the Arts. For more information: sfuwoodwards.ca/events/details/launch-2014-a-showcase-of-emerging-professional-artist

Choose Your Own Adventure