Hot Choir in the City: The Kingsgate Chorus and Mount Pleasant Regional Institute of Sound

Jenny Ritter’s Rock & Roll choral groups [give a concert] [throw a party] at the Biltmore. 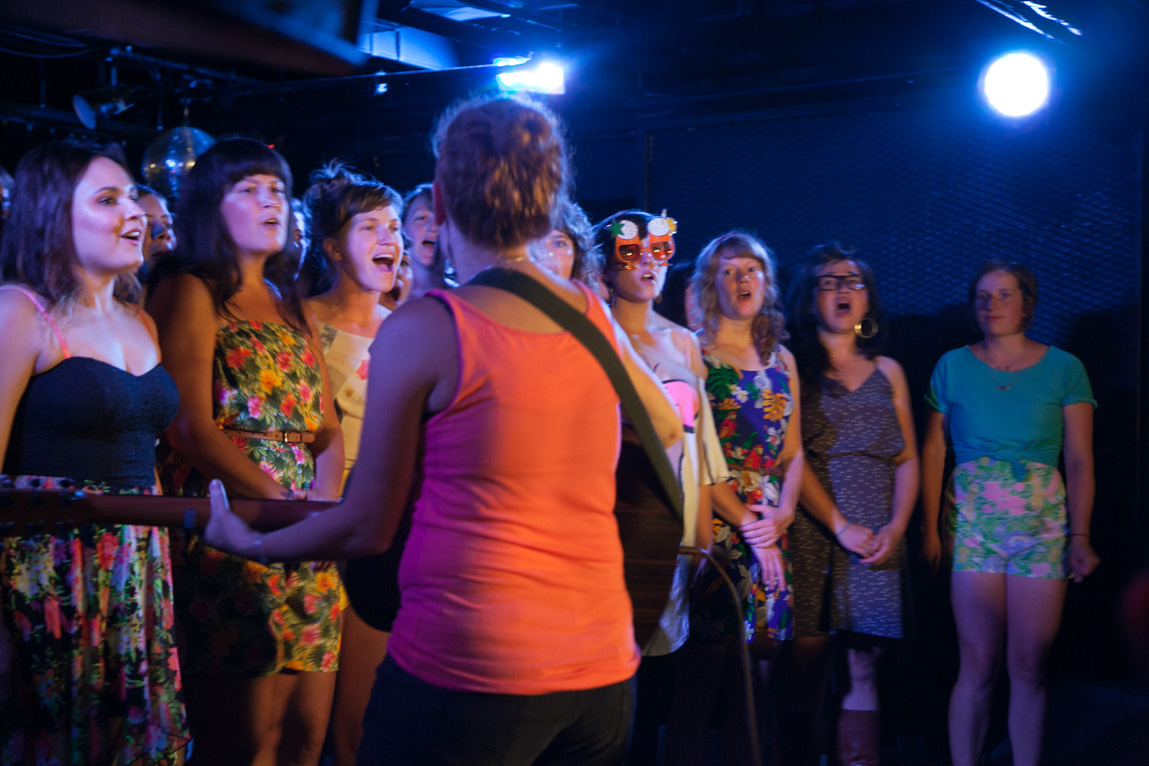 The Kingsgate Chorus and Mount Pleasant Regional Institute of Sound (MPRIS – and pronounced “Empress”), Jenny Ritter’s two excellent choral groups, represent a fresh departure within Vancouver’s burgeoning community choir scene. They perform a tightly arranged repertoire of pop music covers, not the typical choral catalogue of recycled religious hymns, slave songs, civil rights anthems, and spiritually oriented folk songs collected from around the world. These choirs swing avant gardists like Bjork, Sufjan Stevens, and Sigur Rós; classic balladeers like The Mamas & the Papas; singer-songwriters like Kate Bush; alt rockers like Mother Mother and The Decemberists; and top 40 icons like Janet Jackson and Beyoncé. 25 member-strong MPRIS is a semi-collective effort, with assistant director Ian Bryce and members of the choir contributing arrangements along with Ritter. By contrast, the larger Kingsgate Chorus is Ritter’s baby. She selects, arranges, and conducts the music. But the playlists are quite similar, as are the vocal stylings. Ritter is an extremely talented director and both her groups sing beautifully. They rock in every way.

On this night, the house they were rocking — or trying to rock — was the Biltmore Cabaret. The actual choir/audience dynamic, however, was complicated. Notwithstanding the strong and diligent efforts of the vocal ensembles, it is difficult to say whether the Biltmore was absolutely unrockable or whether it came pre-rocked. One thing is clear: the roughly 300 people who packed the dingy Biltmore room — with its oddly appealing, down-at-the-heels, 1950’s sensibility — heard little of the music emanating from the stage. This includes those in the audience who were actually trying to hear it. 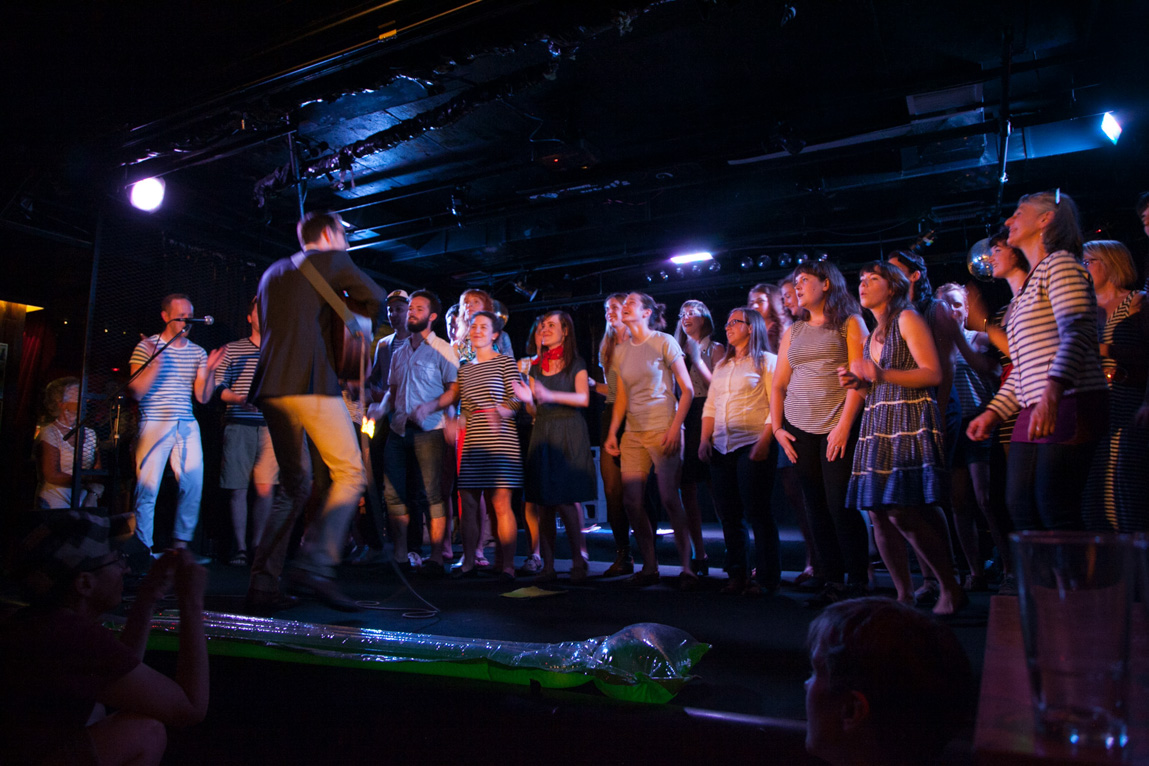 The problem – if indeed it was a problem – was largely one of decorum. It seemed those in attendance, while clearly in good cheer, had little interest in being an audience. Throughout the sets of both choirs, the din of conversation competed with the singing to devastating effect. The fact that the choirs were amplified hardly mattered, since the chatter from the room was picked-up with astonishing efficiency by the two condenser microphones positioned at the proscenium. Twice Ritter requested that those who wished to talk reposition themselves to the back of the room; but these appeals failed in light of the fact that everyone wanted to talk, so the whole place was, effectively, the back of the room.

The situation was not helped by the Biltmore’s acoustics. The densely-packed room was antithetical to the auditory brightness that is ideal for vocal music to blend and resonate over a broad harmonic range. While none of the arrangements were delicate or precious, the unamplified voices never penetrated beyond the first few rows of bodies; and the amplified sound traveled little further, escaping through the few feet of head-space between the standing crowd and the low-slung ceiling. The sound engineer seemed unable or unwilling to fight the poor acoustics, and the resulting mix was brittle, chalky, and missing large chunks of the choirs’ vocal spectrum, almost as if the EQ had been set at random. 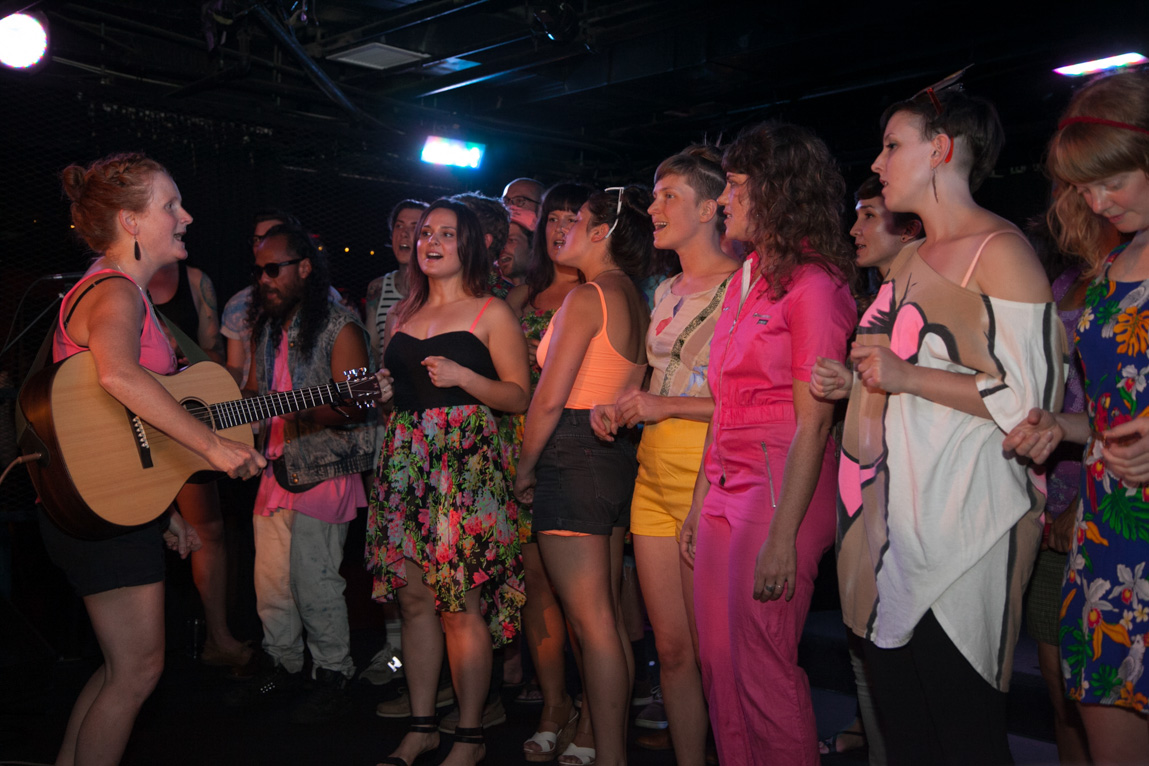 Jenny Ritter and The Kingsgate Chorus — photo by Harley Spade

Only one song managed to punch through the ruckus and the poor acoustics: when the 32 member Kingsgate Chorus belted-out a soulful version of the Decemberists’ “Why We Fight”. The arrangement’s slightly lower register for the alto and soprano voices allowed them to combine with the tenors and basses in a mid-range that presented the harmonies fairly clearly, even at the back of the house. But, for the most part, the choral music was a backing track to the chatter of the crowd. 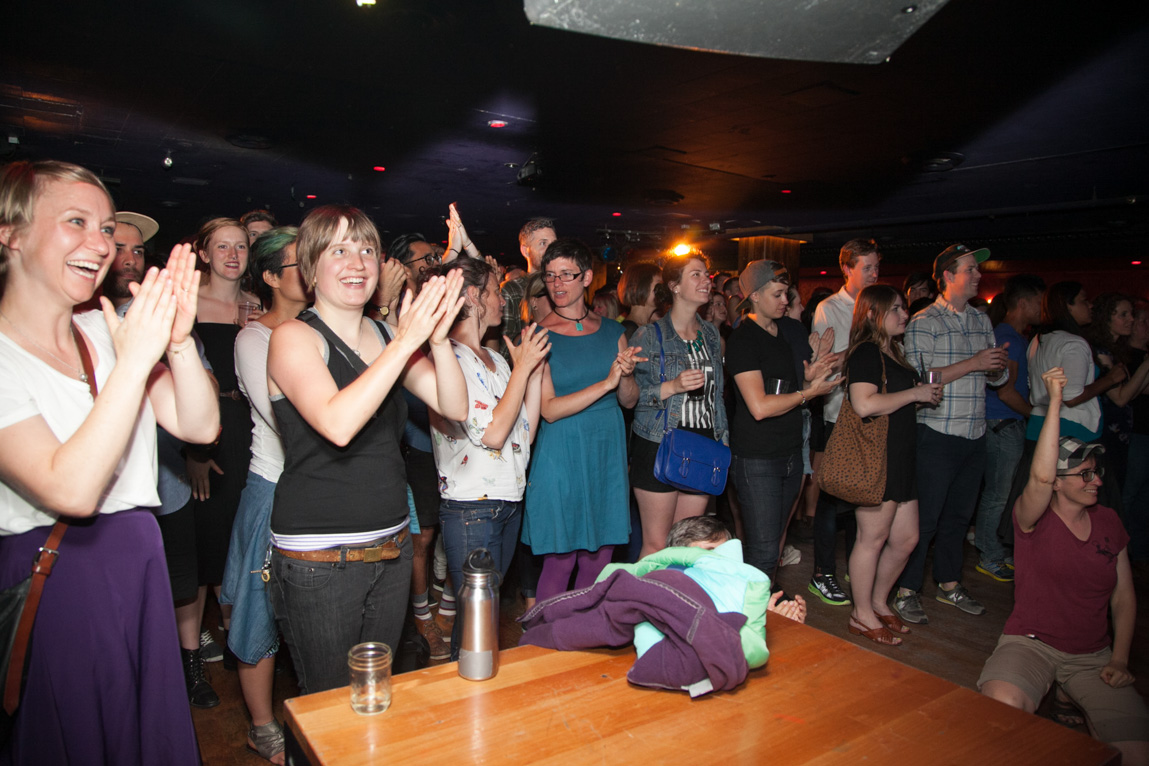 The densely-packed house at Biltmore Cabaret — photo by Harley Spade

Not that anyone seemed to care much. MPRIS member Walker Banerd laughed-off the challenging performance conditions. “This is way better than last week, when we performed at Car-Free Vancouver,” he said. “We were outside – and not only couldn’t the audience hear us, we couldn’t even hear ourselves. At least here we had monitors so we could hear each other.” Ritter was more philosophical. “We enjoy performing for our peers,” she explained. And, indeed, the mean age of the audience – like that of the choir-members – may have barely touched 30. “We want our performances to feel like a party,” she continued. “We don’t want to sing in church. It’s hard to sing over the noise, but it is worth it. Sometimes you have to make sacrifices.”

Note from the photographer:

When I first heard about the Hot Choir in the City concert, I thought, “How fun!” And it was. The vocal ensemble trend is billowing forward, becoming an enormous cloud of harmonies that surround and embrace the rest of the Vancouver music scene. This is a great thing. Choirs give a musical outlet to all who want to sing. Talent can be important, sure; but well-trained, well-educated, well-kept voices are not as important as the desire to make music. It’s inspiring to know that there are creative, supportive and inclusive performance groups making their voices heard in this city. 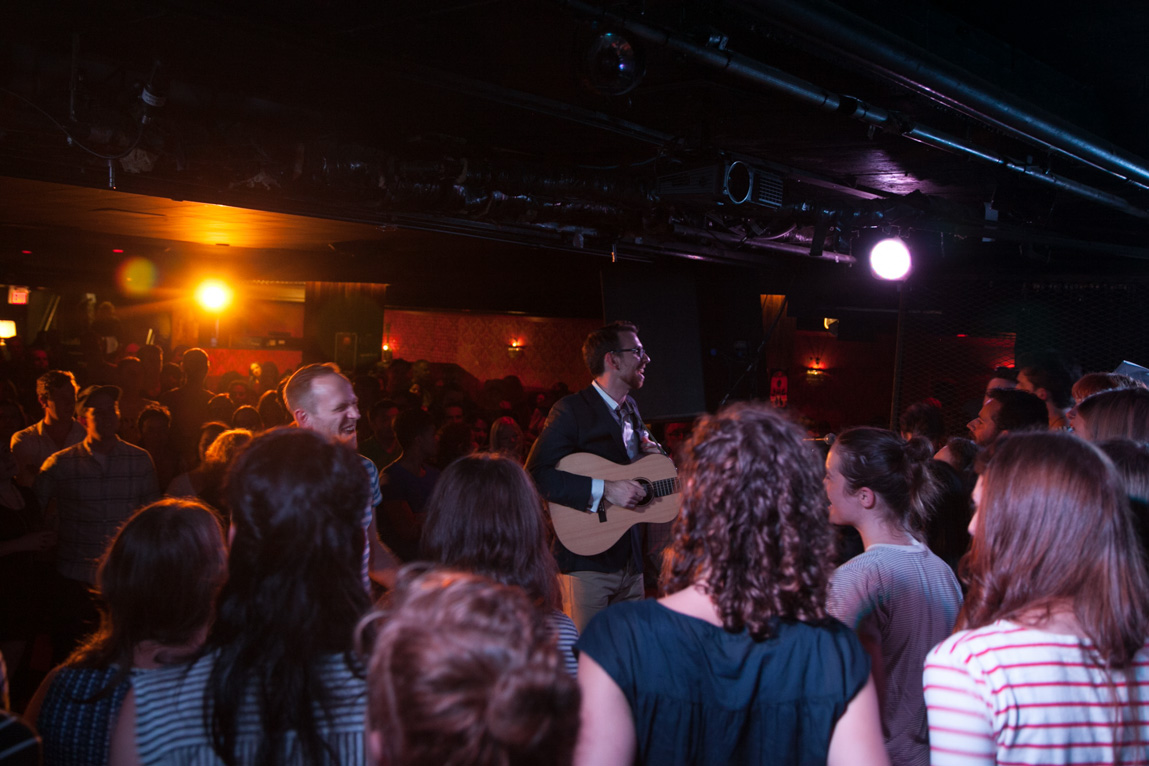 One Response to Hot Choir in the City: The Kingsgate Chorus and Mount Pleasant Regional Institute of Sound

Talent Bursting at the Seams