The performance, largely inspired by a walking journey through Spain with her husband Marc Stewart (who also contributed the sounds and music for the piece) on The Camino de Santiago, contains stories of faith and faithlessness, skepticism and belief, and the Eros of religious longing.

The Firehall Arts Centre transformed into a sacred institution on Friday night, as people trickled into the dimly lit, smokey theatre with sounds of chimes and bells vibrating through the speakers. Everyone shuffled in and found seats; they chattered amongst themselves; they rustled programs — all preparing themselves for an ‘experience.’ The beautifully lit stage (lighting designer James Proudfoot and set designer Mickey Meads) illuminated a staircase alter in its centre, covered with candles, images of deities, photos of Jesus, Mother Mary, craniums, Superman, robots, and toys. The audience waits to receive, and receive we do: a wild bundle of teachings and wisdom that is Tara Cheyenne Friedenberg. 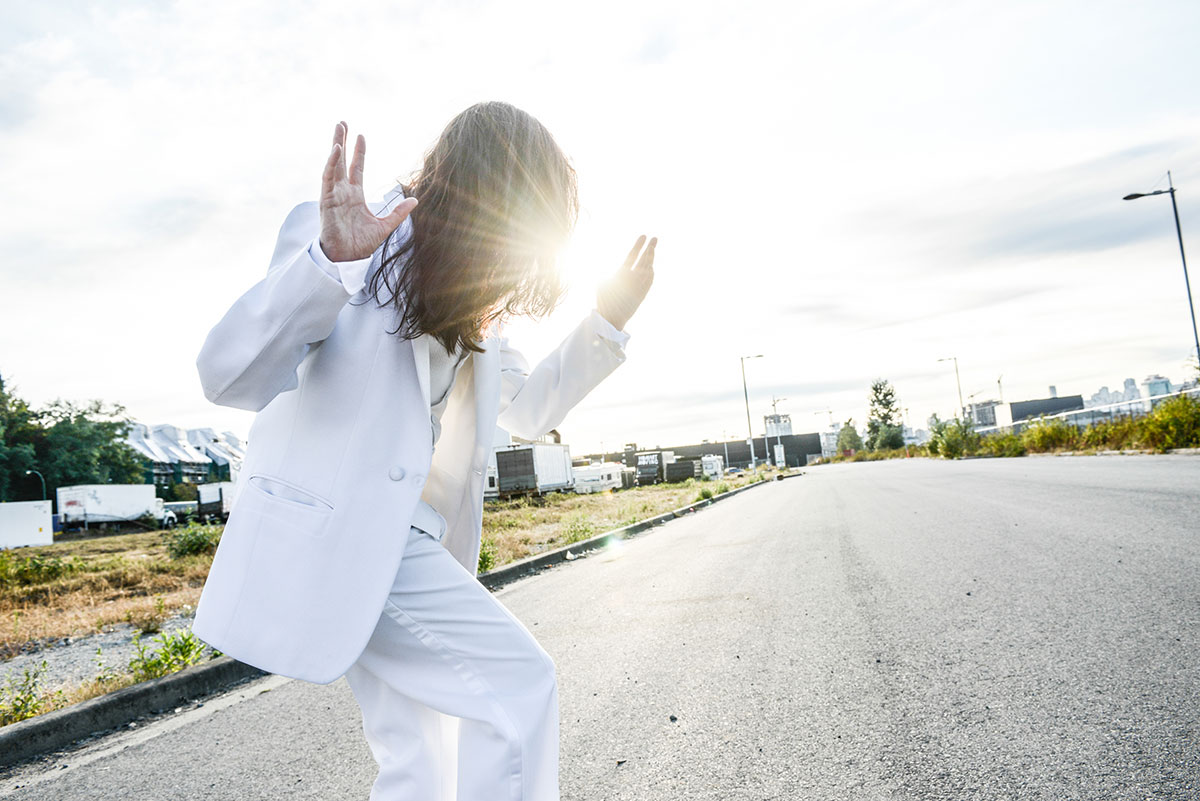 “Om” … and the show begins. A striking Friedenberg appears on stage barefoot, donned in a handsome white suit. Her head is down and arms outstretched like a crucifix — her face entirely covered by long stringy brown locks. She begins to shake, tremble and pulsate across the stage. We hear her breath, and through her movements we see the spirit moving inside her body. The intensely physical performance stems from Friedenberg’s core, and as she moves, emotions and stories express themselves from the inside outward, presenting themselves through performance. At times she flails like a demon, as if an exorcism is happening (although there is a backdrop of comedy stitched into the fabric of the show which never allows for things to get too creepy, dark, or serious). Other times she appears ecstatic and free. When the convulsions cease, she brings her hands to prayer, parts her hair, and her face becomes visible for the first time.

“NAM-AS-TE”! Throughout the evening, Friedenberg transforms herself into several different characters. One, an overzealous yoga teacher who brings the show home to Vancouver with her satirization of West Coast Spirituality — yoga, detoxes, juicing, “positive thinking,” constant cleansing, fasting, and “fermentification.” The devout but insecure “Maureen” character laments that she can never be good enough, clean enough, pure enough, perfect enough, or empty enough to become the perfect vessel of God. Maureen confesses her sexual flings with ministers, preachers, gurus, deacons, priests, bishops, chaplains, and “sweaty flexible young men” — all, of course, attempts to get closer to the infinite and fulfill an intimate love with the profound. In another scene, a player/frat boy-type son of God calls to say he won’t be making it to Maureen’s for dinner, but he thinks she’s “real pretty.”

Friedenberg hits the nail on the head with her obvious parallels linking the endless pursuit of purity and spiritual actualization with women’s tyrannical grasping at everlasting youth, beauty, and perfection. Friedenberg’s southern preacher character brings me the chills with its deeply rooted, physically nuanced, masculine sermons of nothingness, while the unabashed sexiness of Friendenberg’s androgynous performance is spellbinding. The emptiness of ritual and rampant spiritual materialism are illuminated through these characters, while Friedenberg’s dancing brings ritual to life. 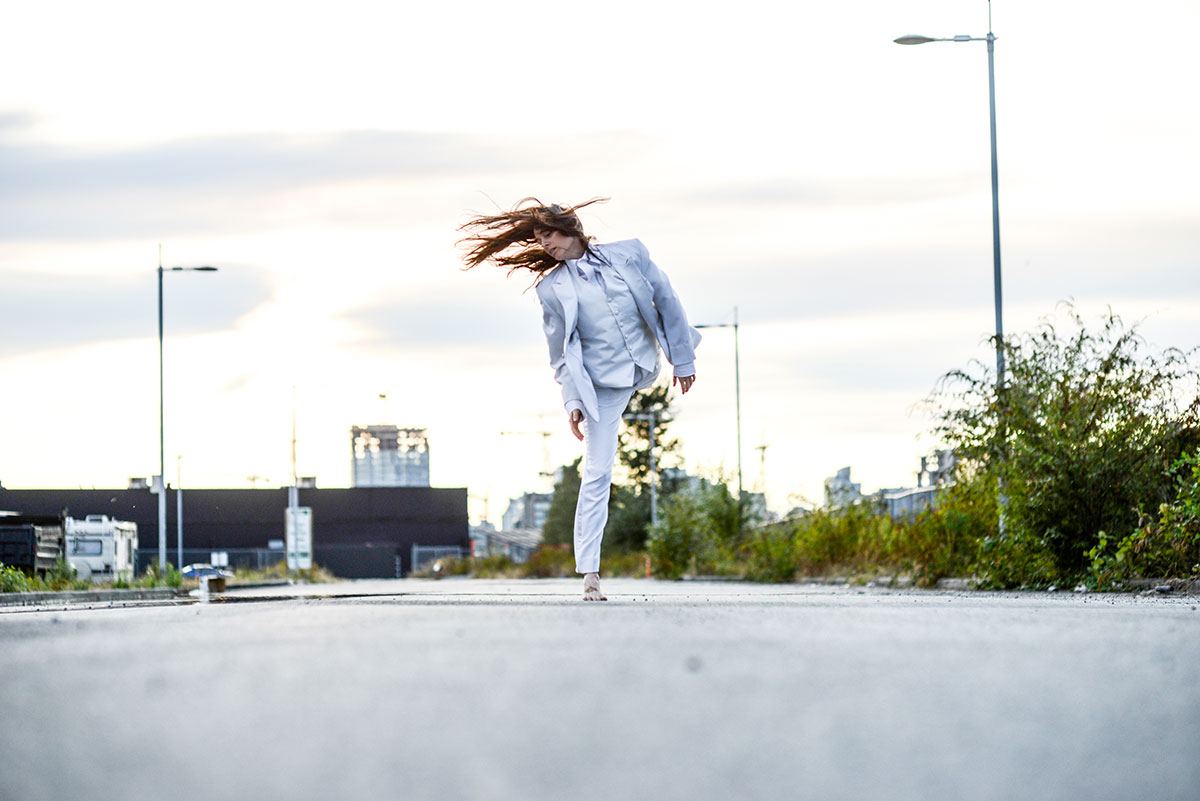 Near the end of the show, Friedenberg strips down to silky white undies and a lacy red bra and dances with abandon to ‘Jesus Loves Me’ jazz beats, and later to a pornographic music composition — her dance becomes raw and sexual, carnal, beastly, full of unfiltered might, divinity, and joy. In its depth, Porno Death Cult acknowledges the bliss in accepting the complexity of simply being human, and placates our great spiritual lust and curiosity by illuminating our collective longing, searching, and groping for something greater than ourselves. Friedenberg seamlessly blurs the lines between the divine and the profane, comedy and horror, freedom and restraint, holiness and sin, beauty and decay, the profound and the vulnerable.

The show challenges us to be patient before all the unsolved mysteries of our hearts. To love ourselves in our own raw vulgarity and human grace. It concludes when Friedenberg takes a seat in the audience. She looks to her left and asks someone a simple question, “How was your week?” Perhaps the most sincere spiritual message in this performance: We are all in this together. Whatever the message, Friedenberg’s dance cult brings the Spirit to Vancouver. Hallelujah!