Photos and words by Ash Tanasiychuk

This night was a fundraiser ($5 suggested donation) to keep enabling Dynamo to do the great things they do (since 1996!). 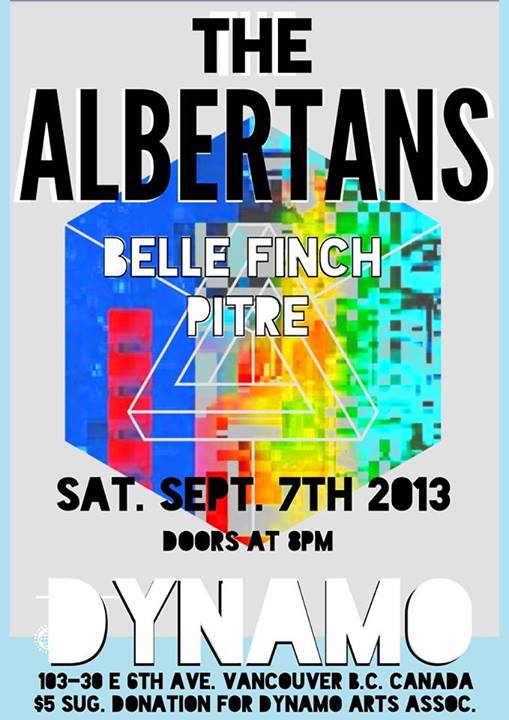 The night was stacked with three local bands: Pitre, Belle Finch, and The Albertans. 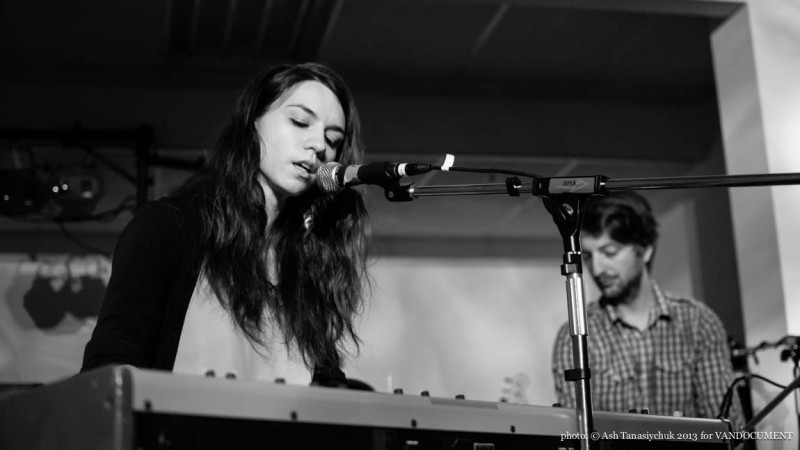 The night kicked off with Pitre, helmed by songwriter /vocalist / pianist Ashley Pitre.

We’ve been following this artist – who until recently, has been performing solo – for some time now. Ms. Pitre’s most memorable and moving characteristics are the powerful emotion contained within her lyrics, combined with her delivery: a voice that has, on more than one occasion, been called “hauntingly beautiful.” She performs with a rawness that is palatable, that never fails to move her audience. She’s achieved significant success over her career – and great respect within the music community – despite her minimal setup of voice plus keys.

Recently, she’s struck gold with the addition of two new musicians to her band. It is not only their obvious talent that adds value to the overall Pitre sound, their vibe and personalities also match the sombre, serious, and moving tension of Pitre’s songwriting. 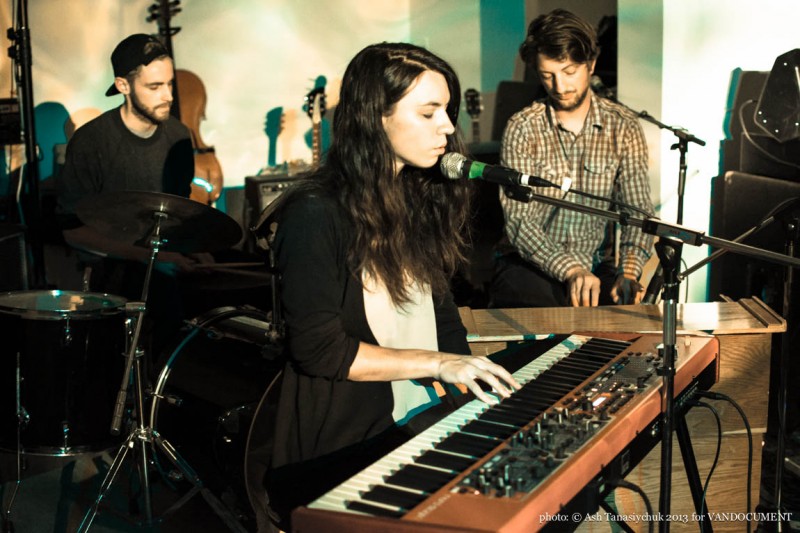 The additional players are both deeply talented, and just as respectful to Ms. Pitre’s particular craft. Their contributions add incredible depth to Pitre’s original songs, but do so in exactly the same vein as her soul searching writing.

The results are surprising. Neither Gifford nor Connell crank any huge volume, instead, the layers they add to Ms. Pitre’s songs are subtle and precise. The band seems to be perfecting the slow build; meticulously adding sound to each song’s sparse origins, never going unnecessarily loud or brash just for effect (as is the case for the typical indie band – that disappointingly predictable slow build that always ends up in a loud crash of instruments, all turned up at once, to get the numb listener’s attention). Pitre works against the norm here, instead choosing to make subtleties the crux of their power, the core of their emotional intensity.

One of her standout tracks, Virginia, is now a powerhouse in that the band has allowed and encouraged Ms. Pitre to totally unleash her vocals as never before.

The potential of this trio is incredibly exciting. Only together for a year, we very excited to see where they go. 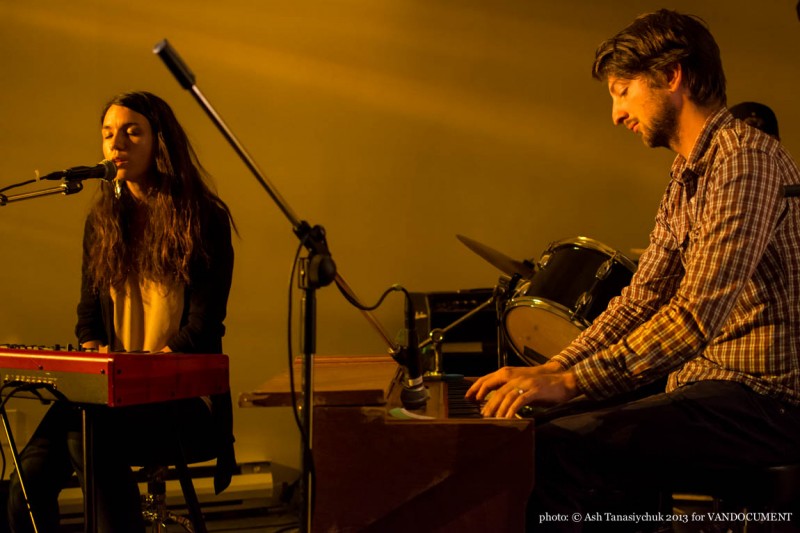 Pitre are currently recording their first full length album (& fundraising to release their album on vinyl. Check out the campaign indiegogo.com/projects/pitre-debut-album that runs Nov 17 – Dec 17 2013).

Vivoscene says “Pitre is poised for a major breakthrough with her upcoming album,” and we couldn’t agree more. Stayed tuned for a release in 2014 that’s due to be immense. 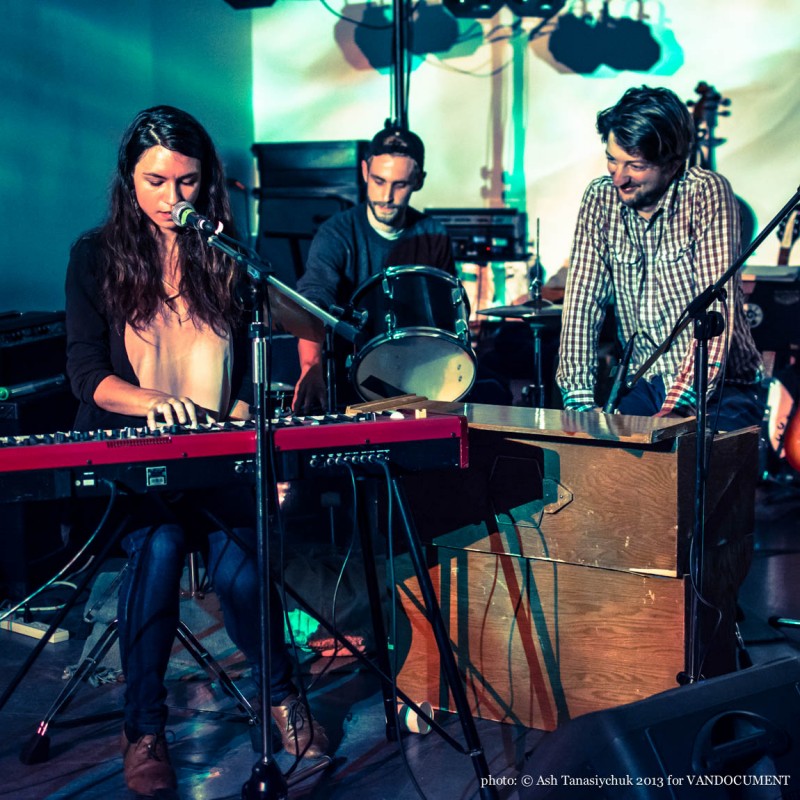 Listen to ‘Here for Now‘ 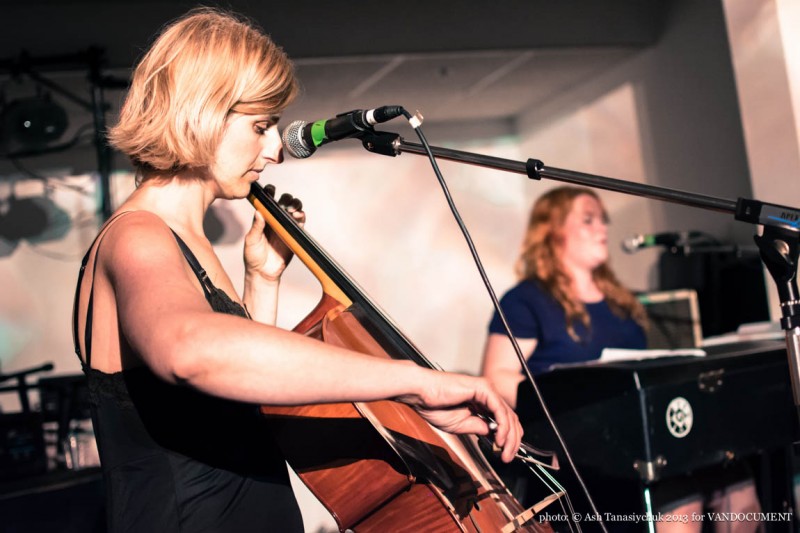 It was announced that this was only Belle Finch’s second live gig. Unfortunately, it showed. I say unfortunate, because it seemed to be nerves that got the best of an otherwise very enjoyable performance by this talented, likeable duo. 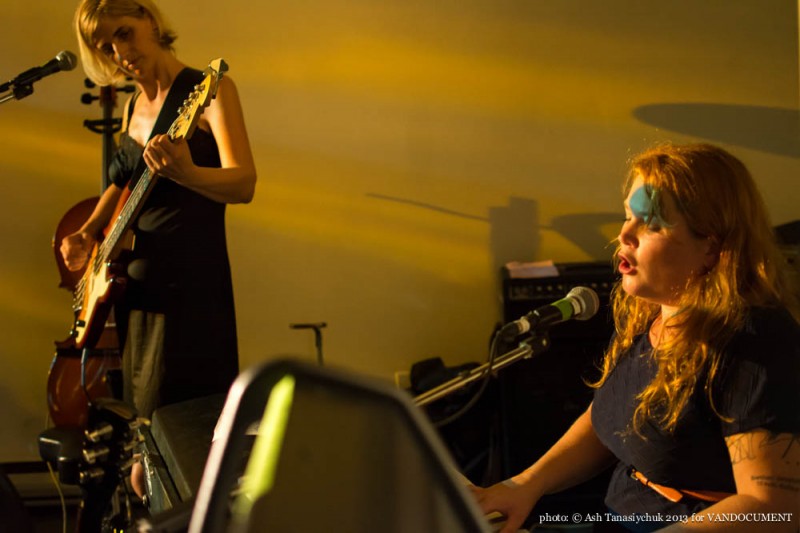 The potential is here: while lead singer/keyboardist Caitlin Pencarrick Hertzman is going for a bubble gum pop sound, both lyrically and sonically, bassist/cellist Krista Marshall brings a rougher, deeper edge to the band. It is an intriguing contrast that gives the band their unique vibe. 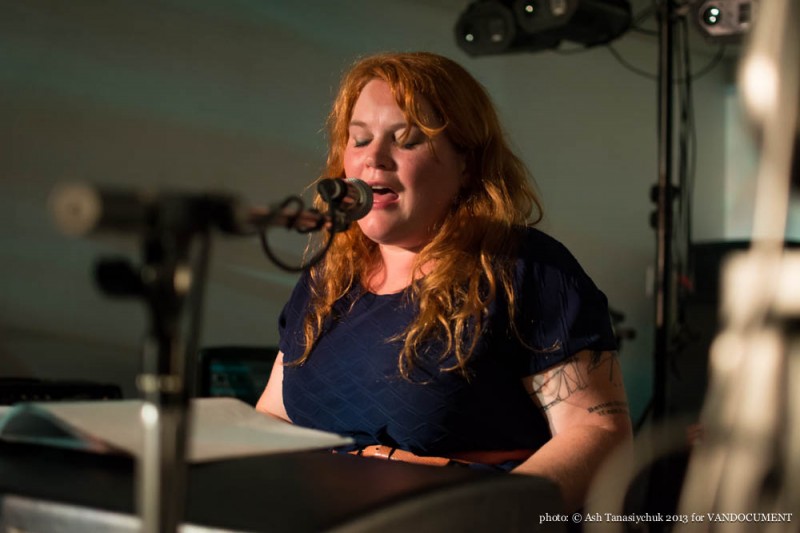 Belle Finch still rocked it. As these performers gather experience, and with it, confidence, we can see this band going far. 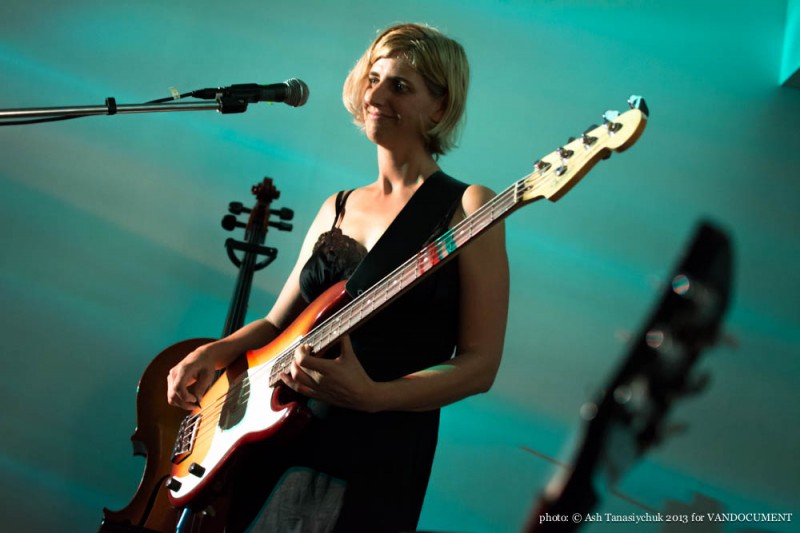 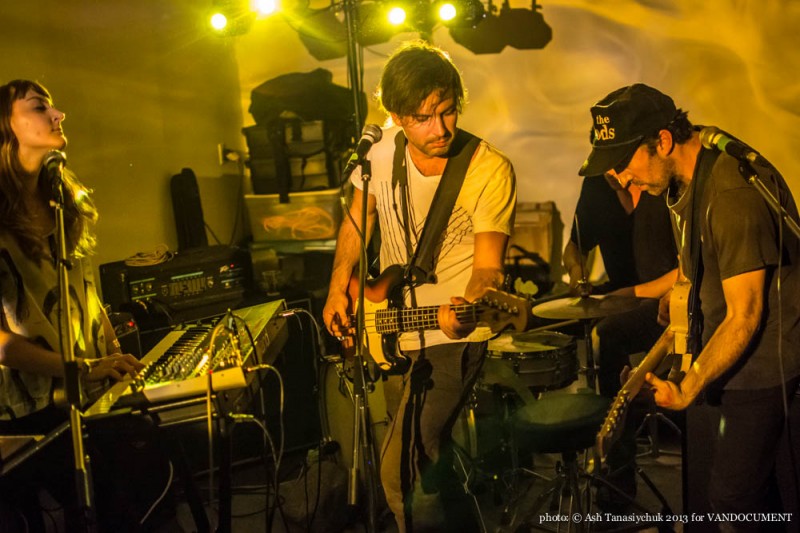 This was perhaps The Albertans 200th live gig (no exaggeration), so they showed no sign of nerves. Instead, they absolutely blasted into high gear right from track #1. With the same ferocity displayed by live Arcade Fire or Black Keys, playing every note as though it’s their last, The Albertans added extra dynamite to Dynamo’s fundraiser.

Newcomer Alison Yip on keys played as though she’s been with the band from Day 1. You could see wide smiles on the rest: lead singer & guitarist Joel Bravo, bassist Ian Everall, and drummer Curtis Mclean. The fun they were having was obvious. 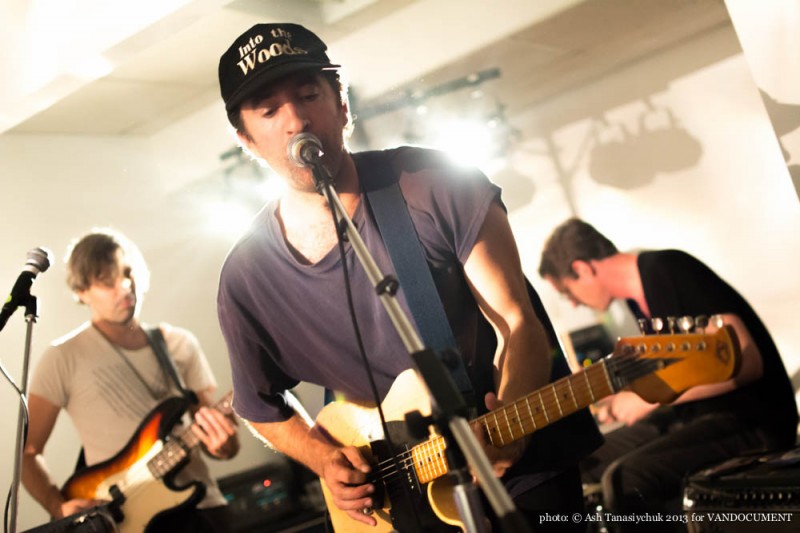 This reviewer’s only complaint: the night was over much too quickly for the great talent on show, in a space that is easily one of our faves, filled by a sizeable crowd of festive, engaging people.

Our hats go off to everyone involved in making this another fantastically memorable Dynamo evening.