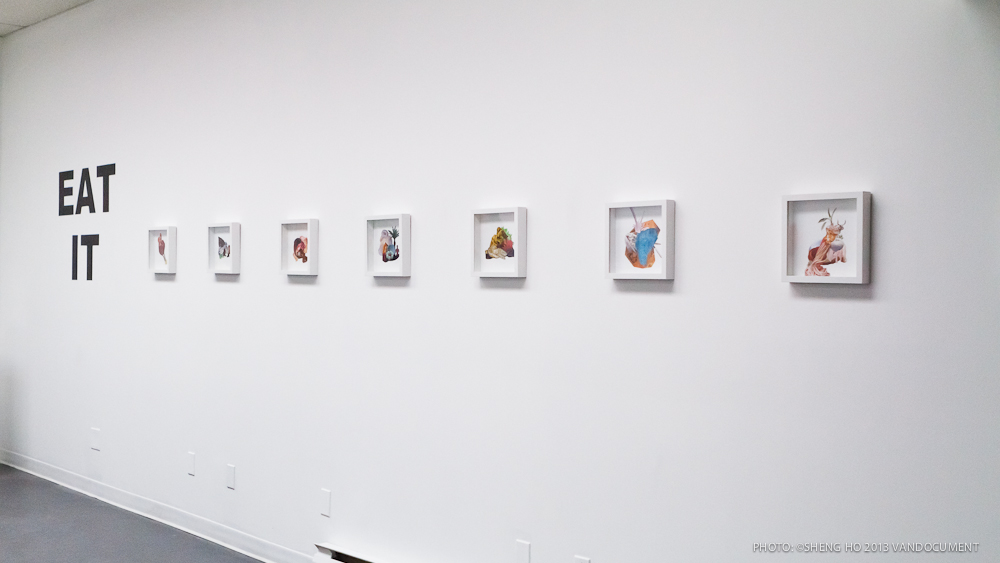 “EAT IT is an exploration into our culture’s cardinal relationship with food and sex: Beyond necessity, the consumption for pleasure.

The attention we give these bodily pleasures is nothing short of worship, as we obsess over their physical and aesthetic attributes alike.

Join our pilgrimage through landscapes of hard candy curves and powdered peeks, as we eat our way towards a molded Jell-O temple. We’ll fornicate on jiggly steps under the glow of a maraschino Sun, bow down to sculpted sugar idols and pray to the gods of whipped fats!” (from Dynamo‘s event page) 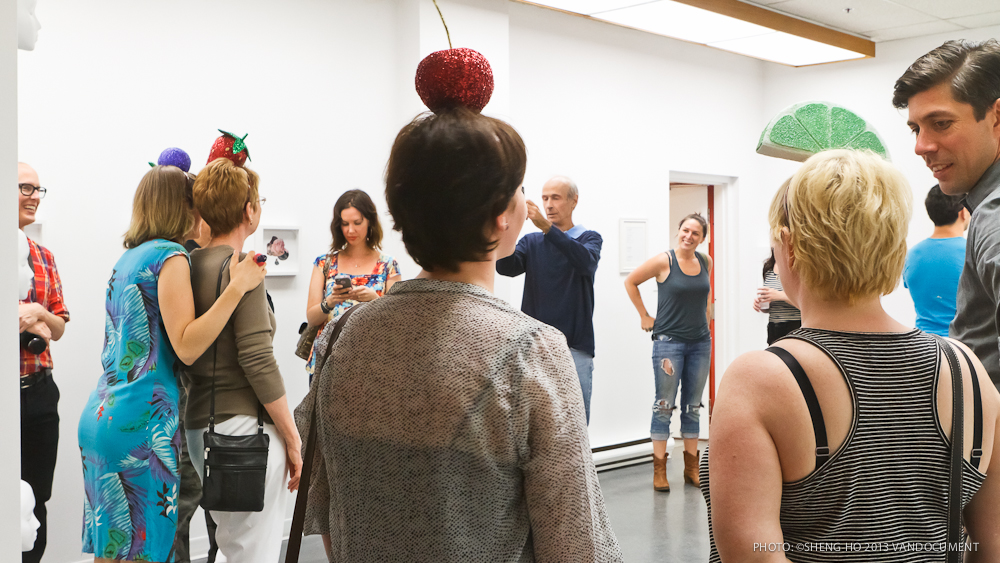 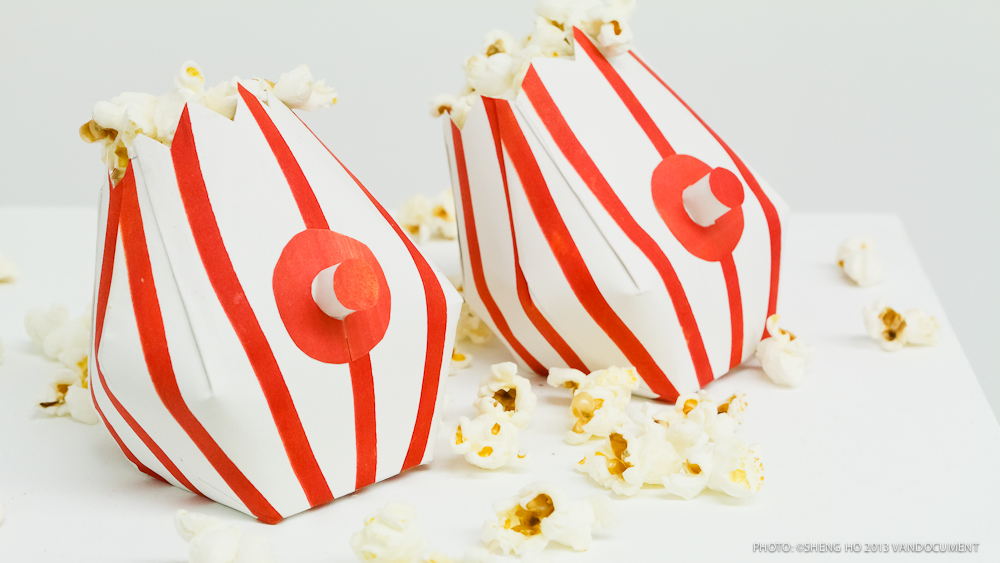 Calla Power, a graduate from Emily Carr’s Fine Arts Program, is an interdisciplinary artist who creates lushly kinetic work. Inspired by chaos, visceral energy and the natural world, Calla has been producing and showing exciting work for almost a decade.

Calla has also spent the last few years teaching art at local community centres and will start training in the fall to become an expressive art therapist. 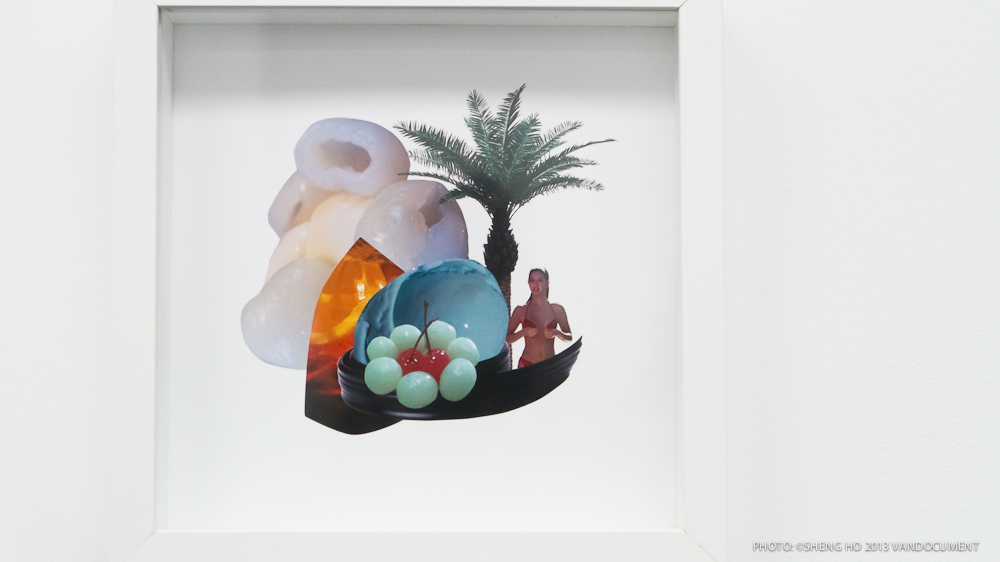 Emily Carr graduate, Erin Green, has been artistically exploring the realms of space, fantasy, science fiction, food, sex, and everything in between for most of her life.

Her playful mix of colours and themes speak to the illustrative works of 1970’s national geographic and heavy metal magazines but her language is always her own.

Several group and solo shows, including exhibits at Anti Social, Lucky’s Comics and the Pitt Gallery pepper her C.V. and her private art classes and astronomy workshops at the H.R.MacMillan Space Centre have joyously altered children in and around Vancouver.

Erin works from her personal studio at home and has a special little white dog named Sam. 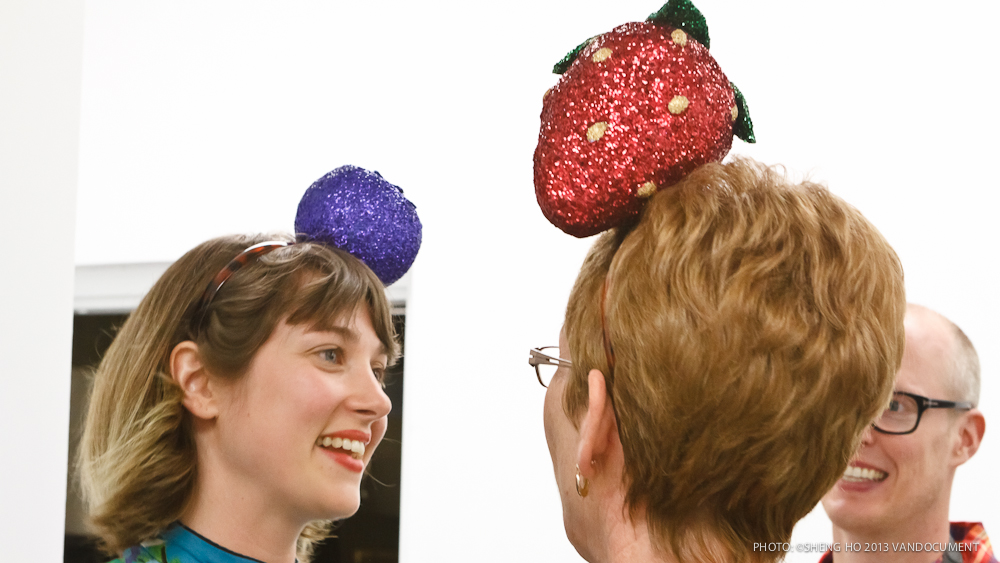 Jen MacDonald is also a graduate of Emily Carr University, with a degree in Communication Design. Since graduation Jen has been working as a Graphic Designer and outside of design she enjoys building maquettes and making costumes. 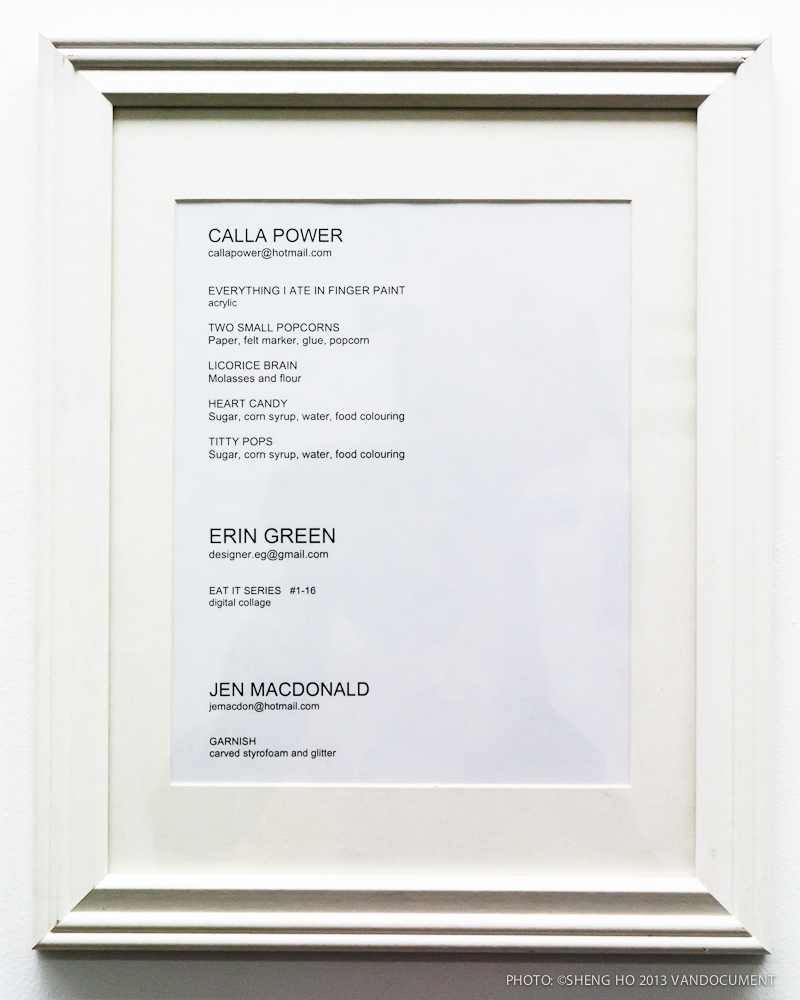 VANDOCUMENT sharpshooter. Not only gifted with a keen eye, Sheng's technical expertise is beyond compare.

One Response to Eat It @ Dynamo