A Dose of Local Inspiration 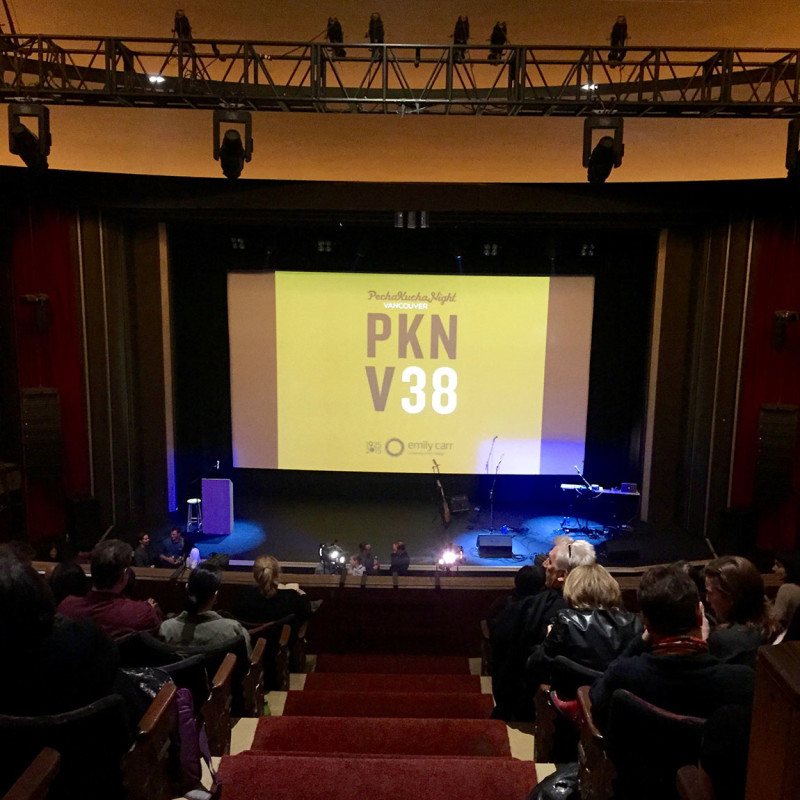 Pecha Kucha 38 at the Vogue Theater

The lineup outside the Vogue Theater was exactly the mixed bag of well dressed folk I expected to see at Pecha Kucha 38. Once inside we secured a spot on the upper balcony and waited for the show to begin. I must confess that this was my first time attending a Pecha Kucha and what better way to be introduced to the event than by a group of influential established and emerging artist talking about how creativity drives our city. A collaboration with Emily Carr’s 90th anniversary, there were ten speakers, many of whom were Emily Carr, alumni presenting twenty slides for twenty seconds each. Host Steve Cox introduced this as the formula for what makes a Pecha Kucha what it is. 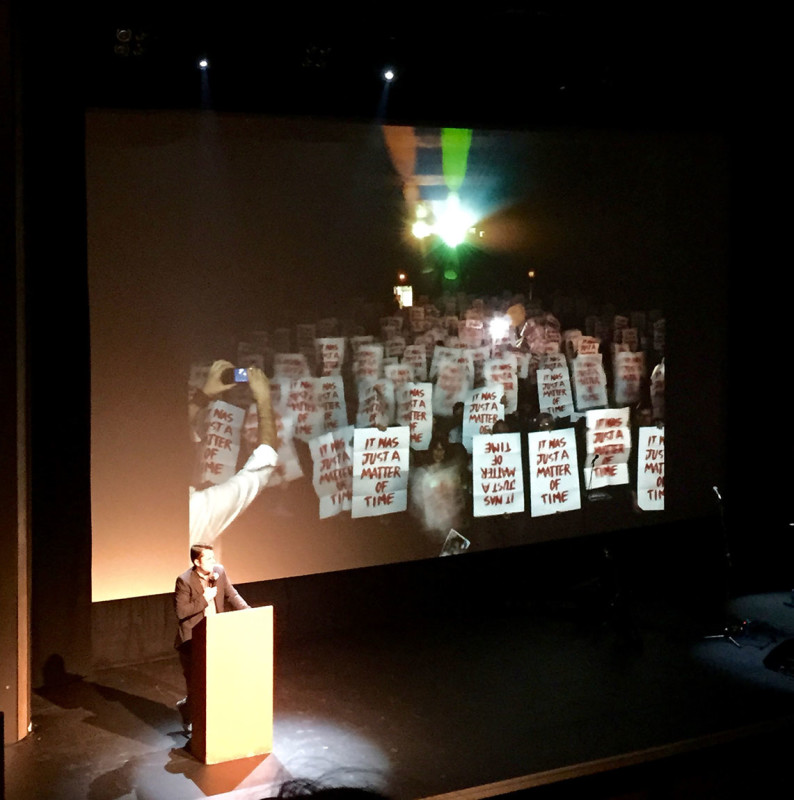 Steve Cox presenting a speech on behalf of his wife Jane

The show opened with local synth pop duo Mu performing their song Disarmed. Named after the mythical lost continent Mu, they juxtaposed their dreamy sound with slacks, ties and waistcoats. The first speaker, artist Germaine Koh, introduced the idea of living lightly, a nomadic cultural and an overall sense of simplicity. Her latest project is a self sufficient studio space being built by the hands of those who will be using it. Dave Humphrey, the chief product officer at Wantoo, introduced lounge based innovation. Workspaces designed to encourage collaboration and enhance creativity. The Wantoo office has two rules: first is that you can’t sit where you sat last time and second is to start each day with a conversation. Adelle Renaud founder of Peau de Loup discussed her ethically produced, quality button up shirts for women in terms how to make a big impact with a little footprint. Jon Winebrenner, founder at Hurdler Studios talked about the confusion around the idea that design doesn’t happen north of the 49th. He encouraged us to tell our stories, keep talking about what we are doing and remember to have fun. Artist Ben Skinner talked about the balance between his day job at Aritzia and his personal art practice. 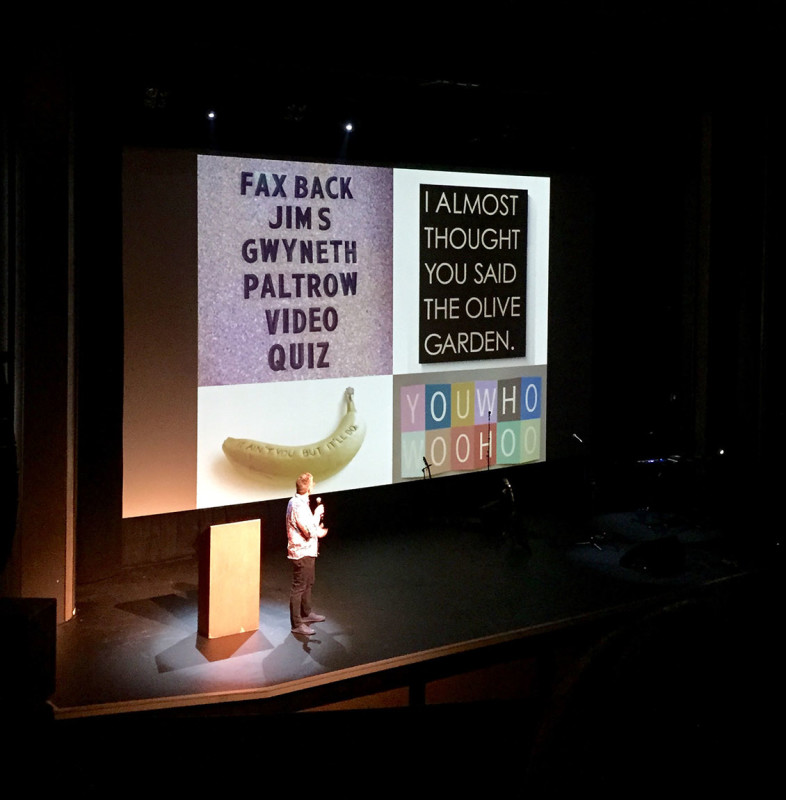 Jennifer Cutbill, Architect at DIALOG and co-Founder of Vancouver Design Week, introduced us to the Laboratory of Housing Alternatives (LOHA), creative solutions in response to the lack of housing and studios for young, creative and emerging professionals. Justin Langlois Artist and Educator at Emily Carr University suggested that we recognize the tensions, frustrations and anger in the world as positives in the form of catalysts for social change. 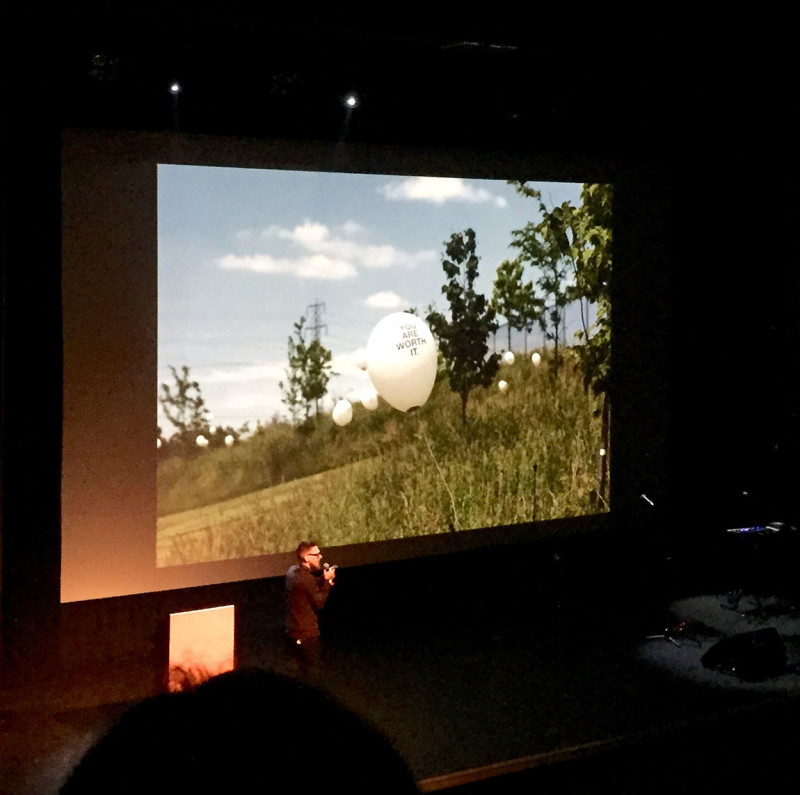 Justin Langlois at Pecha Kucha 38 at the Vogue Theater

Pamela Rounis designer at Rethink and Sad Mag reminded us of the importance of creative freedom to an artist with the Ray Bradbury quote ‘do what you love and love what you do’. 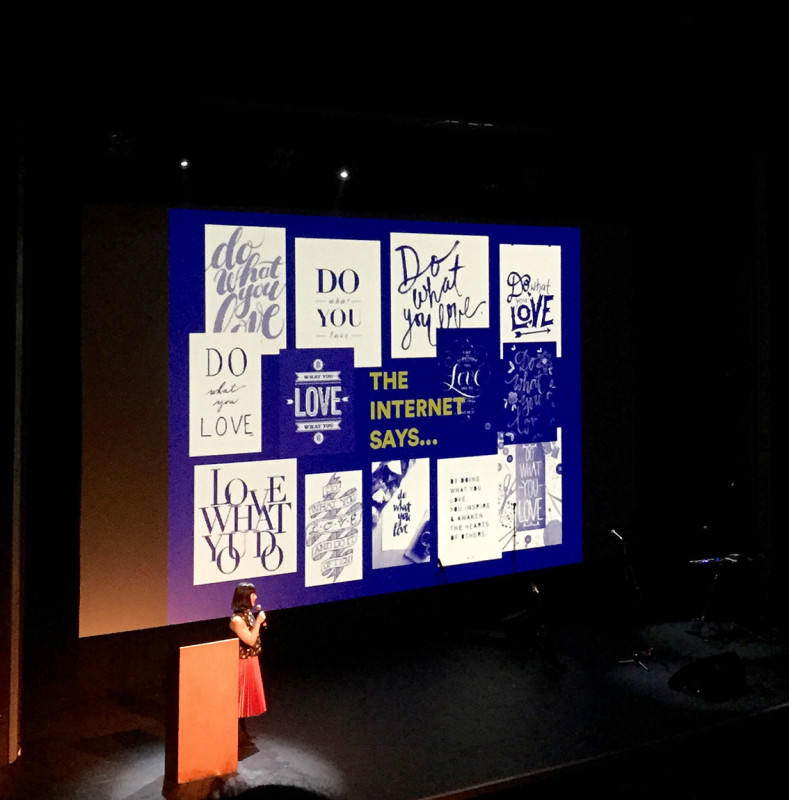 Pamela Rounis at Pecha Kucha 38 at the Vogue Theater

Ricky Alvarez artist, designer and founder of Tinto Creative walked us through his design process. He shared his lessons on trusting your gut and making meaningful connections with the people around you. 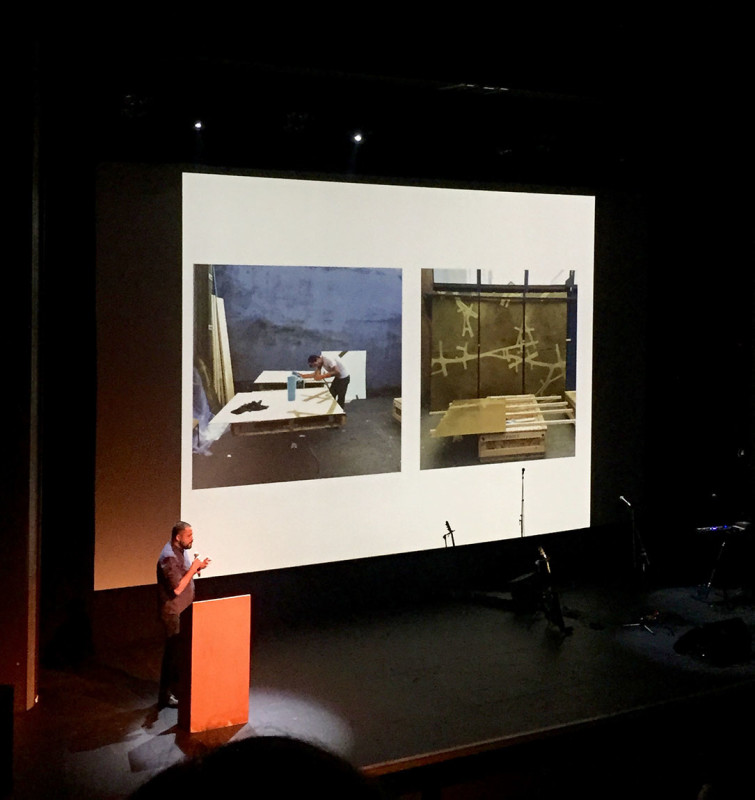 Ricky Alvarez at Pecha Kucha 38 at the Vogue Theater

Bruce Grenville Senior Curator at the VAG introduced us to Mashup: The Birth of Modern Culture an upcoming exhibition. More than 150 international artists contribute to the survey of visual culture in the 21st century through the lens of mashup culture.

So how does creativity drive our city ?

It was clear that none of the speakers are working within a creative field solely for fame and fortune, but rather because they truly enjoy what they are doing. To create is defined as to bring (something) into existence, in a way it is to establish and to contribute. Each speaker was able to offer a tidbit of take home from their short time on stage. To talk more about what you are working on, a reminder to have fun with what you’re doing or encouragement to tell your stories because every interaction is a possible new connection.

On Life , Art and Business