In March 2014, the official website launch party for Permanent Deviation kicked off at VIVO Media Arts.

At the launch party, participants – both local and remote – built upon the code of previous coders to generate new art, an online graffiti wall. 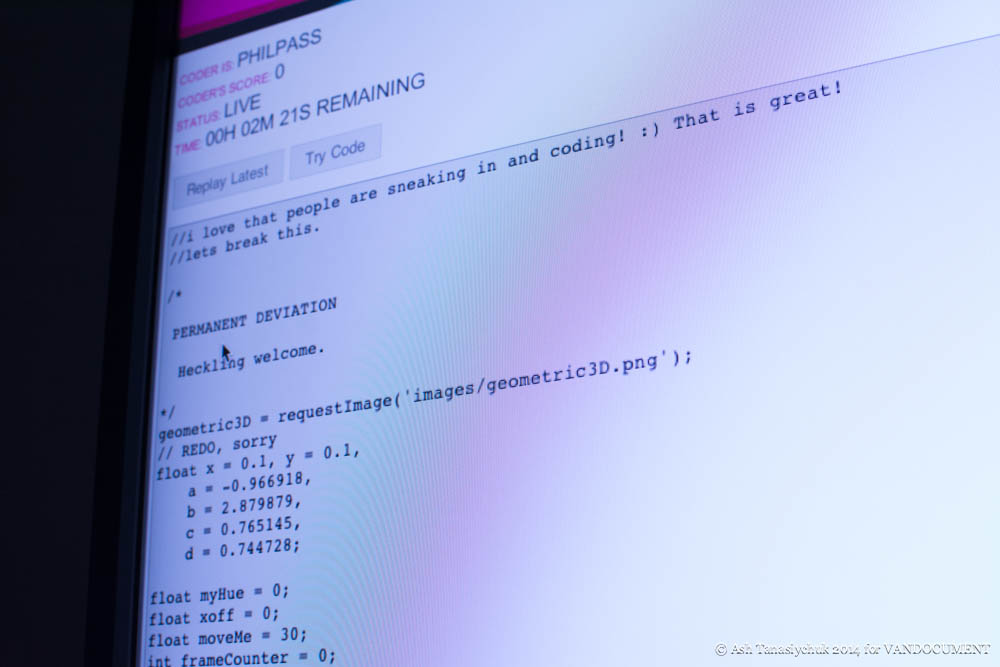 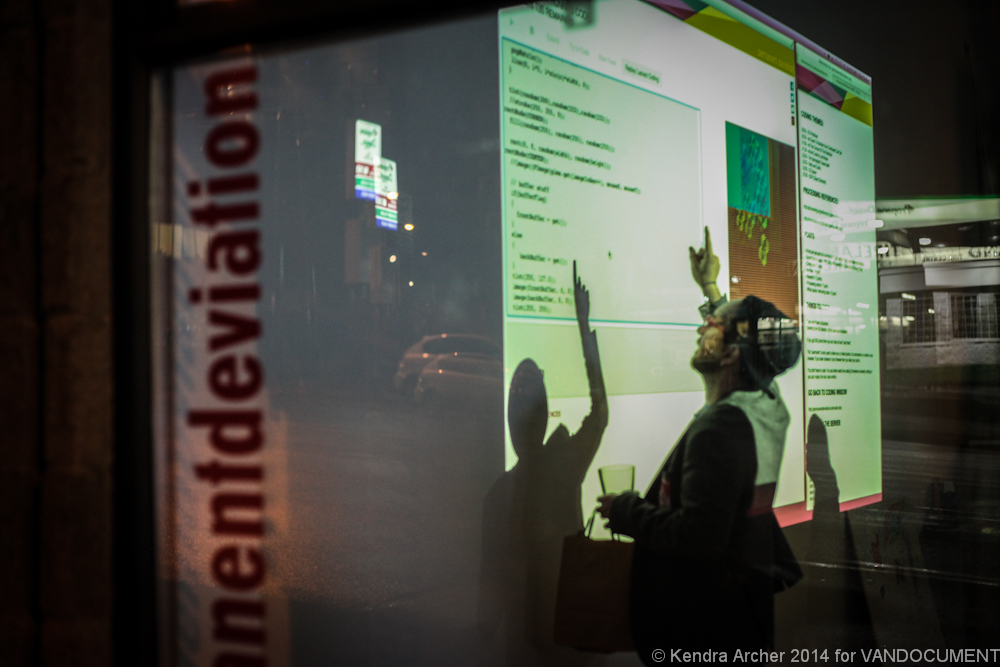 The launch party was co-curated by Jesse Scott and Julie Gendron.

This project was developed with the participation of Creative BC and the British Columbia Arts Council. 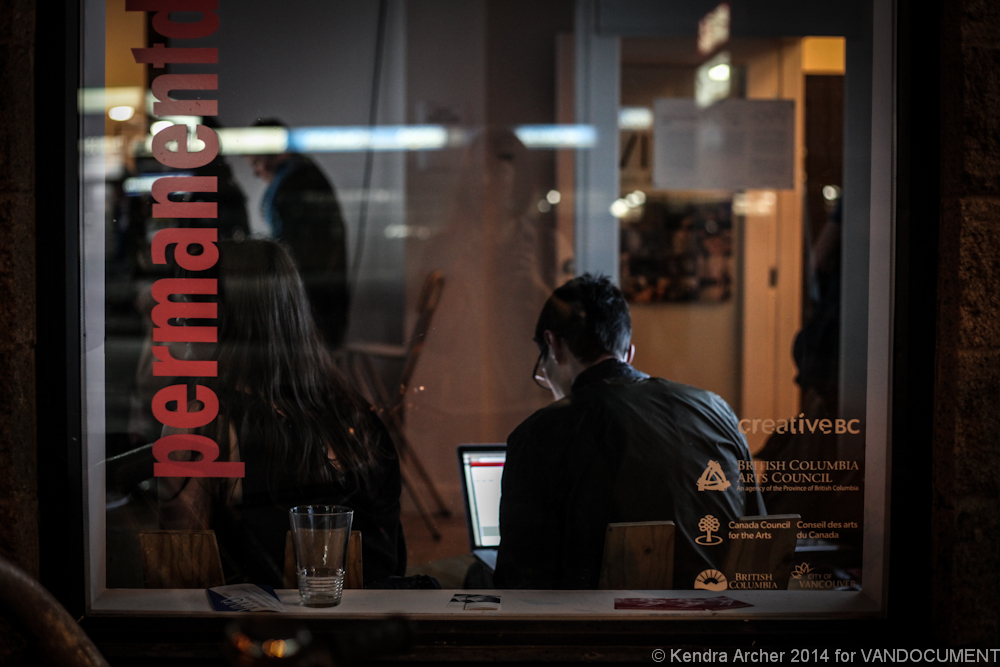 Ash, Harley, Kendra, and the VANDOC team would like to thank Julie, Emma, Elisa, and the VIVO team for the opportunity to document this event. 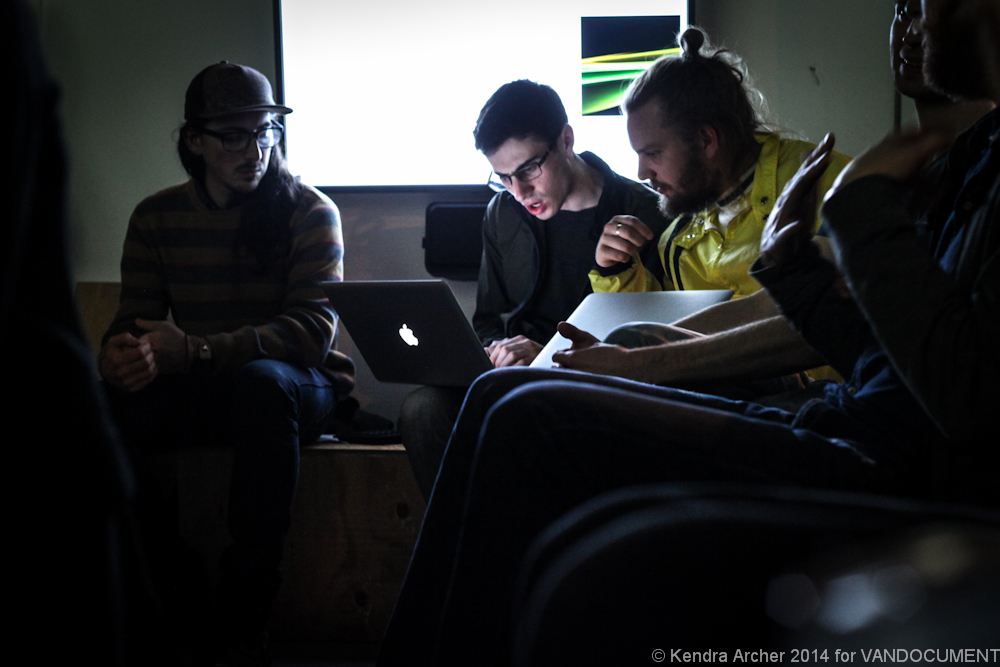 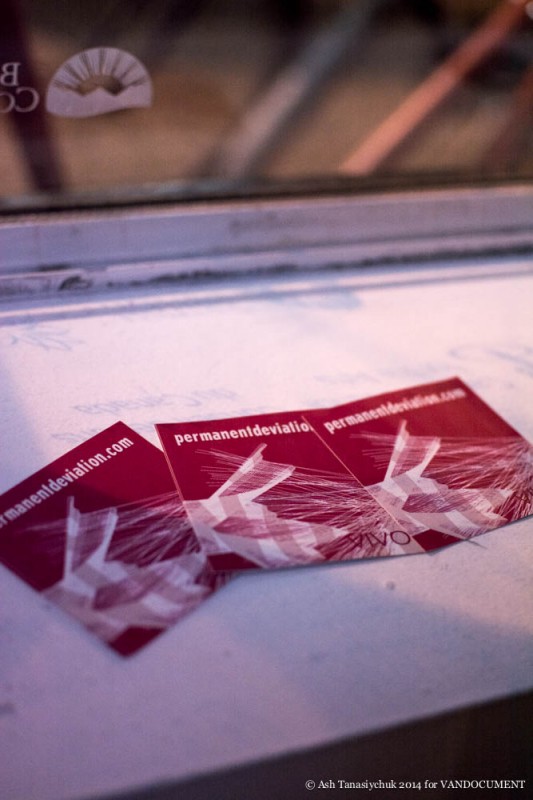