Vision and memory captured by winners of the Vernissage Photography awards

Words and photos by Annie Briard
Video by Ash Tanasiychuk

“Journey,” a two-person photography exhibition curated by Rita Minichiello, was presented at Beaumont Studios Gallery from February 20 to March 8, 2014. Centred on artists Adam Stenhouse and Michelle Peters, winners of the People’s Choice and The Beaumont Choice awards for their participation in the 2013 Vernissage Photography exhibition, the show demonstrated introspective viewpoints into image capturing processes, ways of seeing, and remembering. 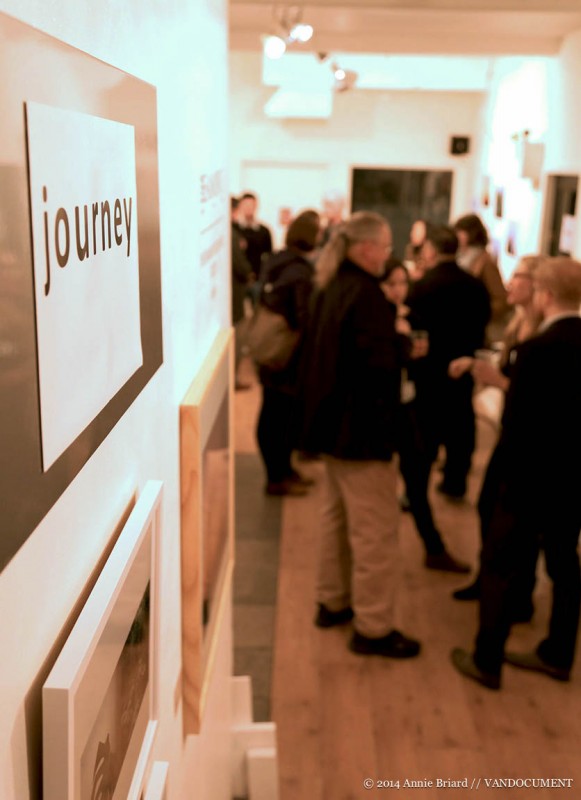 Peters’ offerings with “Setting West” provide the viewer with another approach to seeing. The blurry images appear as brushstrokes and result from the photographer’s purposeful manipulations of the camera in a moving car. When asked about her methodology, Peters shared that the scenes streaming past her window during a West Coast road trip in and of themselves lacked in wonder. She chose to look at them in an altered way through her camera so that they may offer other affective possibilities. 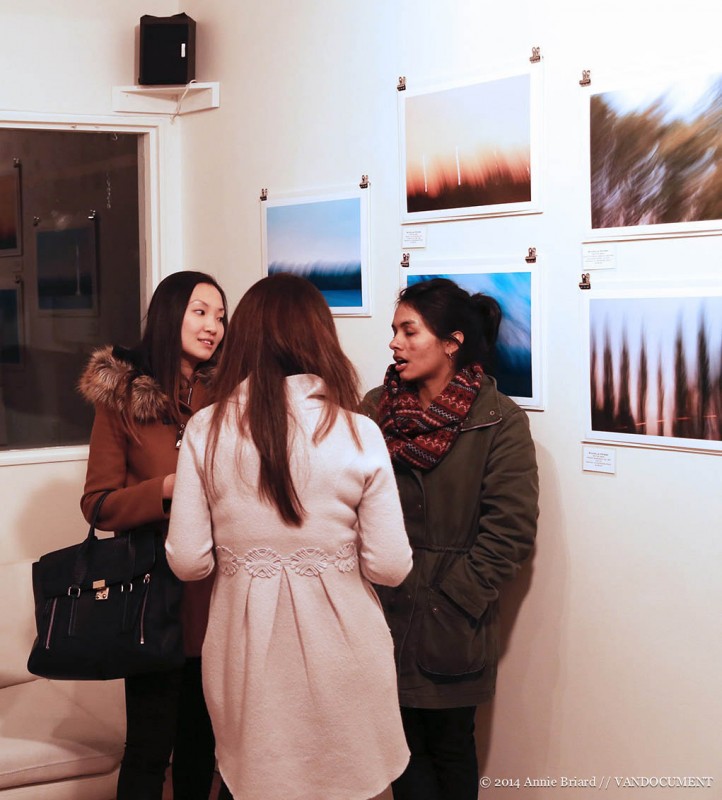 Stenhouse’s work is drawn from his series “Neither Here Nor There;” small scale diptychs juxtaposing inside and outside. With an interest in landscape photography, Stenhouse’s perspectives on his outdoor subjects are evocative and compelling. Ranging from the English countryside’s lush fields and infinite skyscapes, to Vancouver’s rainy scenes and looming trees, the outdoor images seem to draw well-composed spaces of boundless possibility. As counterpoints, the indoor scenes become nostalgic fragments. Spatial limitations are acutely felt through off-kilter, close views of home décor; the corner of a curtain, the arm of a chair. 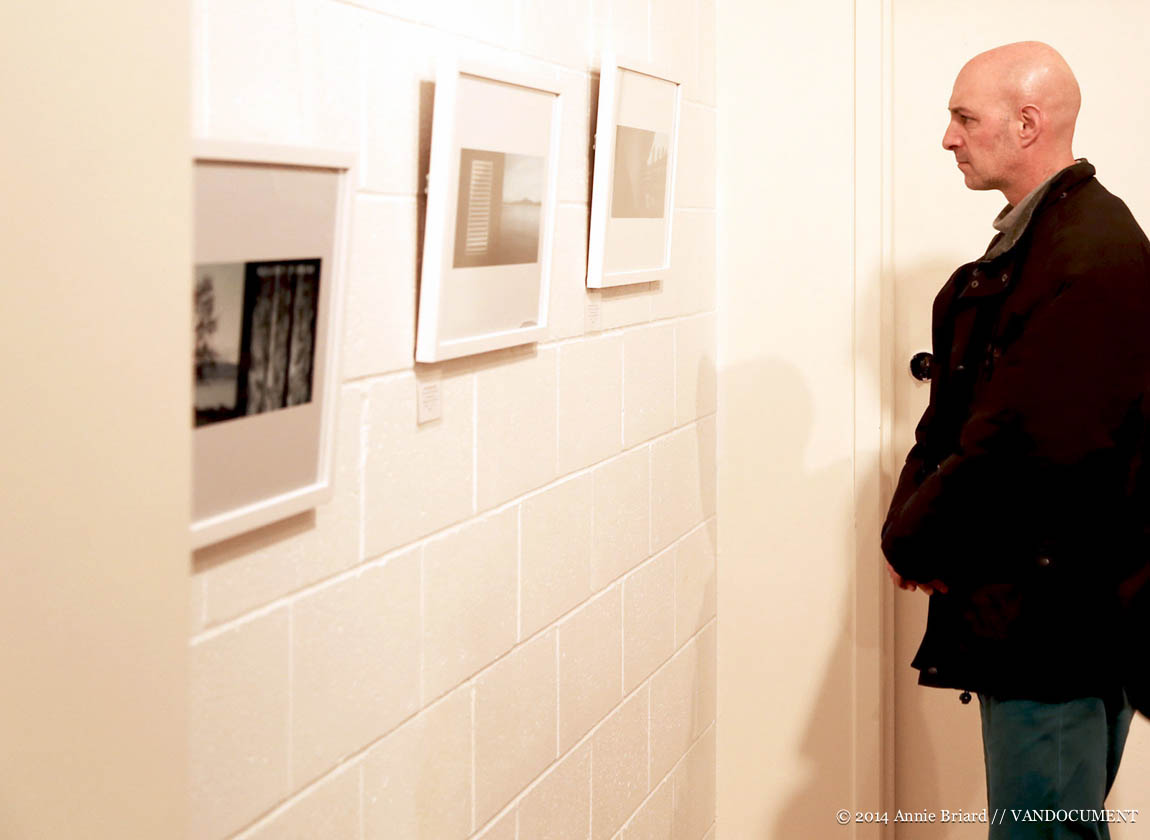 Perusing the series, the two settings of England and West Coast Canada prompt different tones. The earlier diptychs indicate the photographer’s intimacy with the depicted elements, as though any perspective would yield similar results. They point to a gaze interested in imbuing the essence and feeling of a space; someone who is no longer seeing the elements as separate from one another. In the later works however, the language changes to conventional attention to aesthetics. Coldness, as if the photographer is still gaining a sense of his surroundings, and categorizing, rather than feeling. 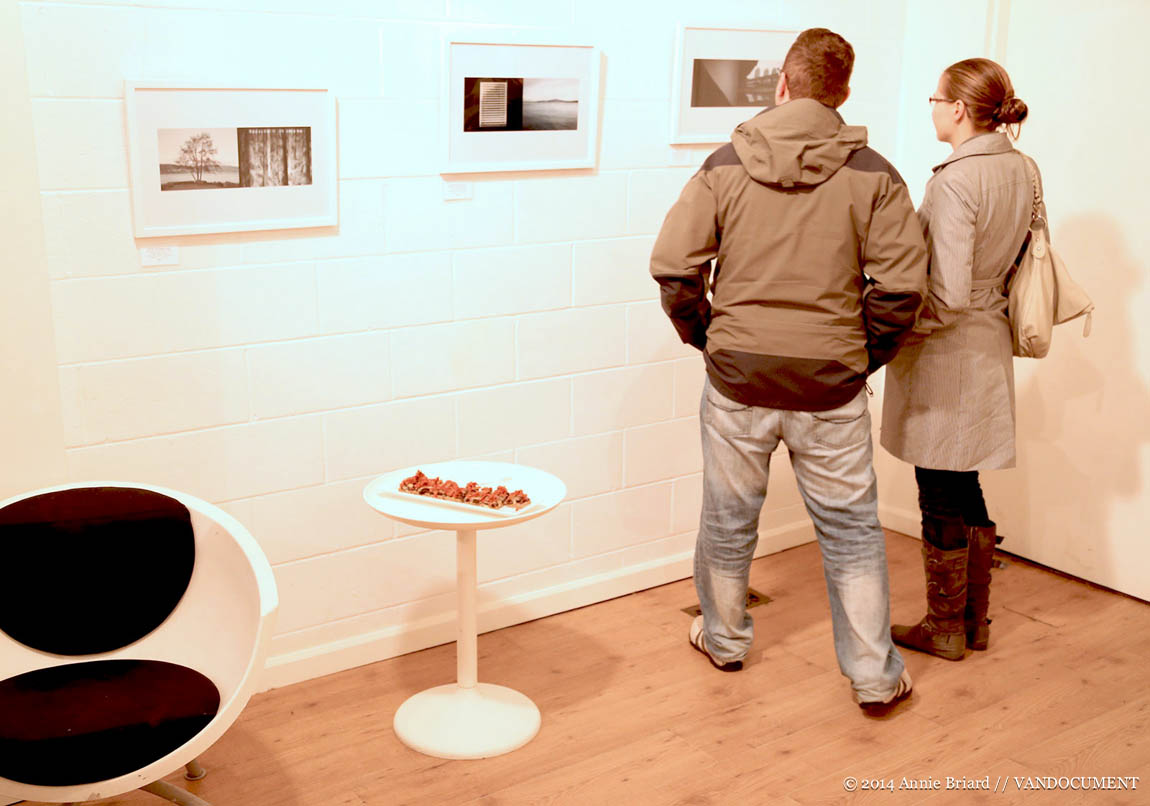 “Journey” prompts questions about the ways in which we move through and perceive the world. Michelle Peters’ series revisits the phenomenological experience of landscape while Adam Stenhouse invites psychoanalytic musings on memory and a subject’s migration to new places. We are curious to see what they will look at next…

Journey: Photographs by Adam Stenhouse and Michelle Peters at Beaumont Studios from VANDOCUMENT on Vimeo.

One Response to Journey

Looking Back to Move Forward