An intimate interview with Caitlin McCarthy and Stephanie Izsak

Three days before opening night, Vandocument’s Brit Bachmann met with Caitlin McCarthy and Stephanie Izsaks, friends offstage and onstage in Theatre Plexus’ latest project Scratch. The play is a dark humour that explores the evolution of relationships that occur around dying and death, considered a largely autobiographical work by Canadian playwright Charlotte Corbeil-Coleman. This interview was conducted amidst crusty bowls, strewn scripts and miscellaneous power cords in Caitlin’s living room, a setting chosen both for its geographical convenience, and an intimacy fitting of a discussion about the theatre climate in Vancouver and the challenges of producing such personal writing. 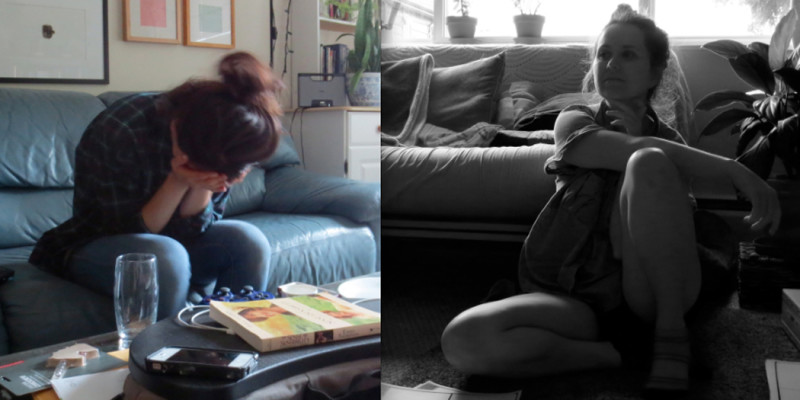 C: I’m going to write a blog post – and it better go viral – asking why we’re not talking more about artist sustainability?!

S: How our time feels disposable in a way. How it feels like, as artists, there is no limit to the demand that can be put on the hours of our day.

C: Totally. Sometimes it’s just so easy to think that whatever you’re making is just disappearing into the ether.

B: Isn’t theatre unique in that being performed over and over again, it reemerges from the ether?

C: But it isn’t performed over and over again – not Canadian drama. There is no canon.

S: It’s a hard topic because there is a lack of cohesion around the Canadian identity because we are so young. Theatre exists in three sections – East Coast, Ontario, and everyone else. Vancouver always tries to define what Canadian theatre should be, but then the east has their own ideas. There isn’t a lot of communication across the country. 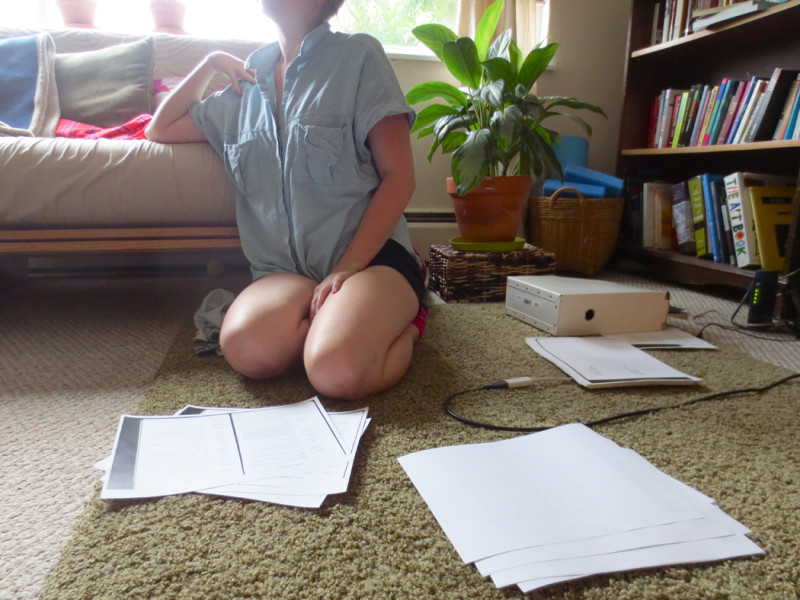 B: Charlotte Corbeil-Coleman, the writer of Scratch is Toronto-based. How did you find out about her and this play?

C: I knew of her through friends in Toronto, and it is important to me to do Canadian monologues. I found this play in Theatrebooks in Toronto before it closed. I actually had to sit down in the middle of the bookstore because I was so affected by some of the monologues and passages, and that’s pretty rare.

S: Yeah, [Corbeil-Coleman’s] language is so poetic and accessible in such an emotional way.

C: She started writing Scratch when she was a teenager, and the writing has that sort of immediacy to it without it being a ‘teen play’. The main character is a teenager.

S: But the issues aren’t about being a teenager. Though you can’t deny she is going through teenager things, Scratch is more just a beautiful portrait of an experience. 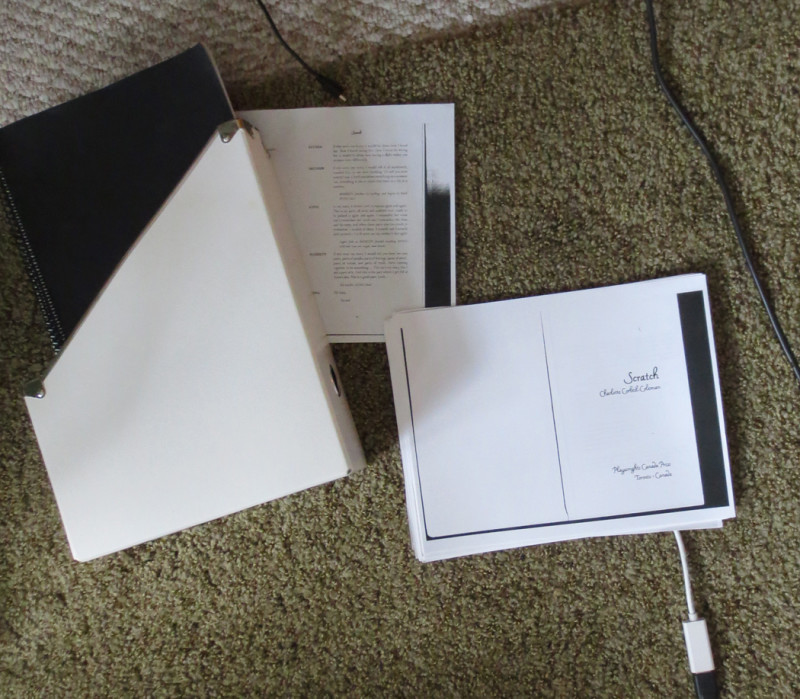 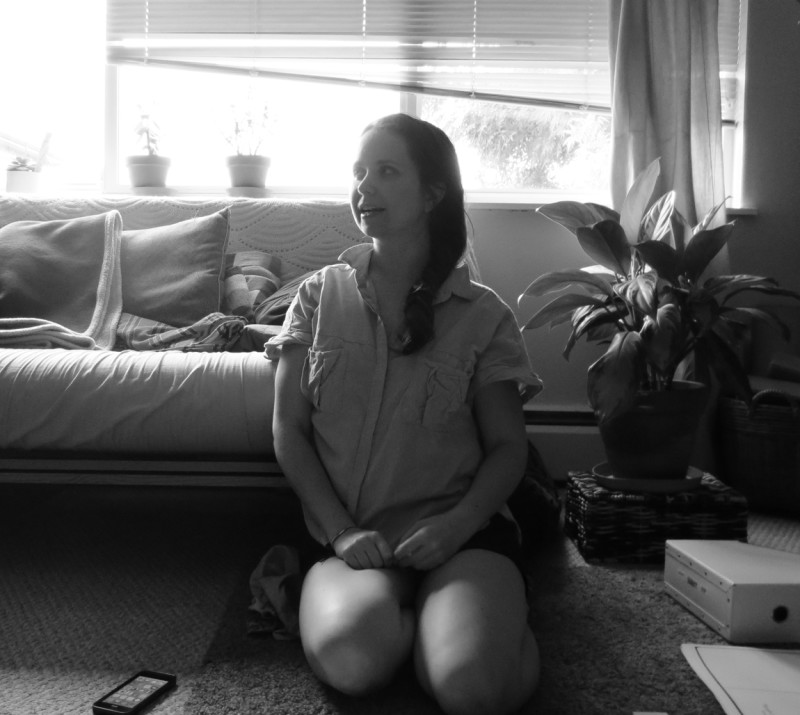 B: And this experience is structured around death?

C: The central relationship in this story is one female friend helping another deal with grief. They do that a bunch of different ways. I think that’s why I love this play. It is a huge reminder of the need to be unwavering in your support and non-judgmental of people experiencing grief and anxiety, and personal growth apart from those issues.

S: I remember thinking back on certain episodes of Six Feet Under when I started reading Scratch. People are so quick to want to whitewash grief. They want to clean it up with bleach, and make sure it is easily palatable and gluten-free and all that- but it’s just not. In Scratch you see really ugly parts of every character because grief and death bring those out. It isn’t just a story about a character motivated by something – which most theatre is – it is about characters reflecting and understanding themselves in different spaces of time.

C: It is also challenging to make that stuff not wanky, because it is a whole cast of actors feeling real emotions on stage.

S: I think this type of play isn’t done very often in Vancouer. It is very tender and human, whereas a lot of stuff I see in this city is visceral and sharp. Scratch has a lovely softness to it.

C: I think that is by virtue of having four women and only two men in the play. It is going to be a different perspective than a lot of Vancouver productions. There are just so many plays with dudes.

B: Would you say that the Vancouver theatre scene is male-dominant?

C: Yes, but it is changing. There are a lot of women making their own shit happen, but those companies are all of the indie variety. And we’re all sharing the same non-existent funding. I always find it so bizarre how many male-American playwrights get produced in Vancouver. They are made into great productions, but I find these stories don’t resonate with me. Scratch is special in that it feels really Canadian. I love being involved in theatre where I actually feel reflected [within the characters] on stage. Hopefully this type of indie theatre will become popular enough that larger theatres start to program differently. I think right now a lot of it has to do with who attends theatre. You can get a ton of artists out to see your indie production, but it is tough to reach a greater community.

B: When the script is accessible and the production is good, why do you think it is difficult to attract more varied crowds?

S: In Vancouver plays just don’t register as events the way they do in [Eastern] cities. This is a big music town. There are opportunities for people to see their favourite music genres every weekend, same with comedy, so why can’t that mentality be adopted to theatre? Theatre has a lot to compete with. 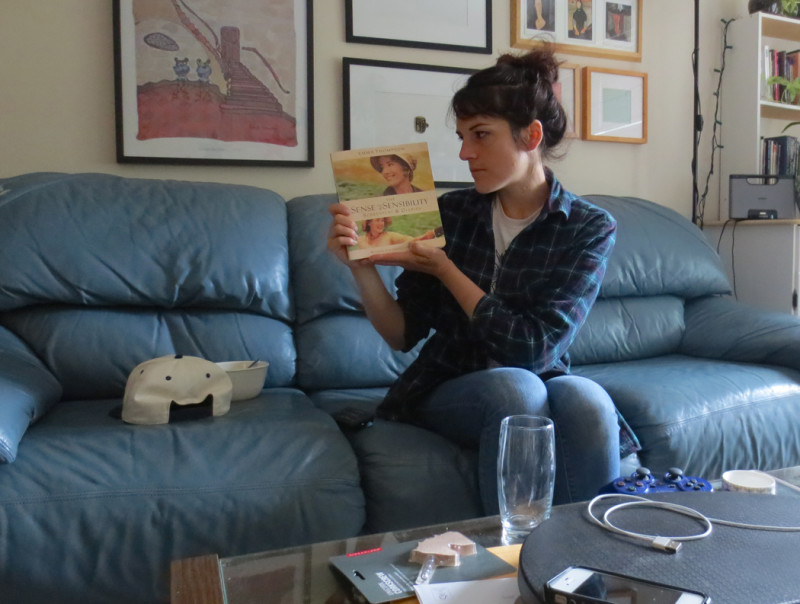 B: There is an instant gratification element there. People like comedy because jokes are over in a minute, and people like music because it changes every second. The busiest art openings lately have been installations of found-art objects that the viewers don’t necessarily have to engage with on a deeper level. Perhaps poor theatre attendance is a symptom of the way Vancouver consumes art?

C: It seems like people don’t really want to be challenged, which is ironically what I crave most from art.

S: I think that is a product of our time. We live in extremely demanding times, on our minds, bodies and attentions. It is understandable to want to shut our minds off and escape into something easy.

B: If Scratch is as complex as you say and we suspect Vancouverites want something easy, then what is the motivation to attend your performances?

C: You can’t sit down and watch Scratch on Netflix.

S: Scratch makes beautiful use of the mechanism of theatre. A script like this only works live. A lot of traditional theatre you can think, “why am I not watching a sexier version of this on tv?” Not Scratch. 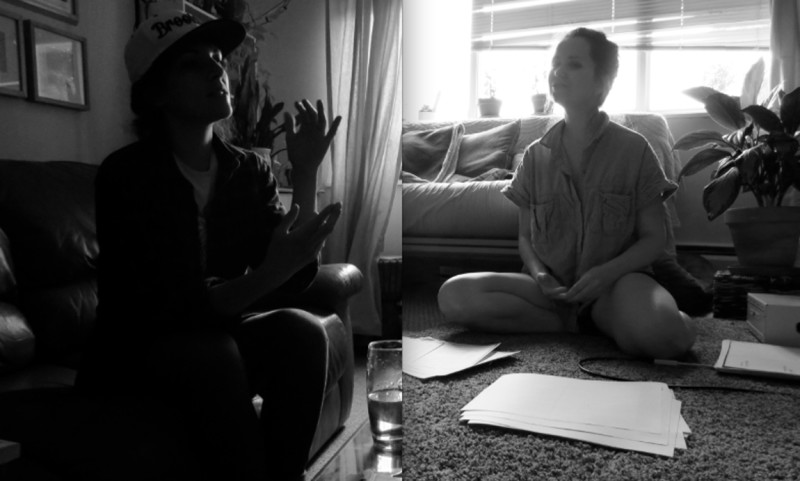 Scratch runs from June 4-13 at the Havana Theatre on Commercial Drive, 8pm/2pm matinees. Tickets are $18, available at brownpapertickets.com. Scratch is presented by Theatre Plexus in partnership with The Living Through Loss Counselling Society of BC. The results of their Indiegogo campaign can be seen here.