Last month Western Front, grunt gallery, Arts Factory, VIVO and C-Space were awarded a combined $4.5 million in the form of CACs, or Community Amenities Contributions. This money was part of $6 million donated to the City of Vancouver by Rize Alliance Properties in exchange for zoning permits for their development on the corner of Broadway and Kingsway.

The amenities contributions will help fund new programming and development for these established arts organizations in Mount Pleasant. The CAC has been met with mixed responses, however. While $4.5million is a substantial chunk of money to the average person, certain organizations argue that it is not enough money to kickstart a cultural revival against the gentrification that is occurring in the neighbourhood, especially with the inflating costs of living and operations.

VANDOCUMENT will be interviewing representatives from each arts organization awarded CAC to hear their individual perspectives on arts funding and urban development. We previously published an interview with Elia Kirby, and this week we talk to Glenn Alteen of grunt gallery.

Until the mid 90’s, Mount Pleasant was a low-income area of Vancouver. The affordability of live/work spaces attracted artist-runs operating on minimal funding. Organizations such as grunt gallery acted as drop-in centres for the neighbourhood. These galleries helped establish community identity by providing exhibition space to emerging and established artists alike. 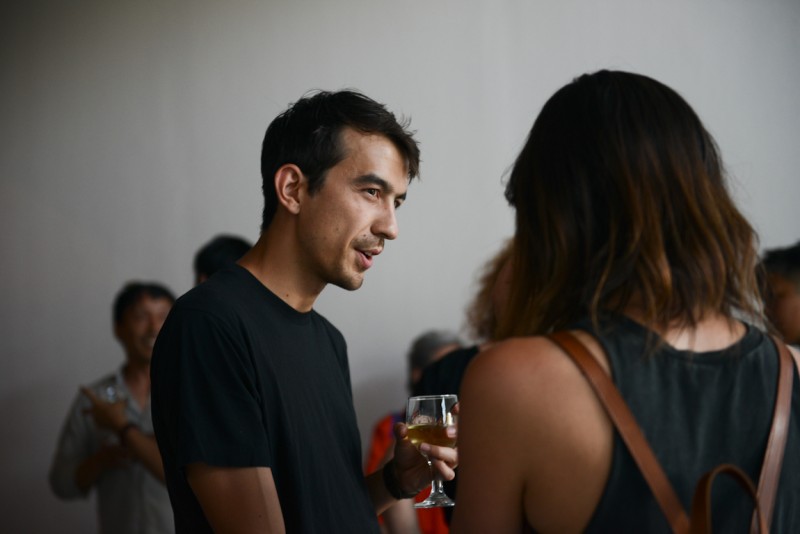 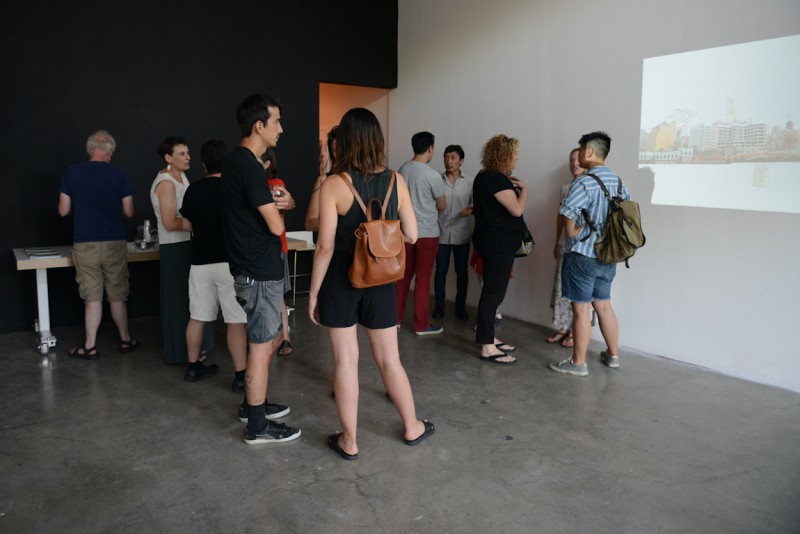 grunt gallery opened in 1984 in a storefront now occupied by The Whip on East 6th Ave. Back then, its programming focused on promoting local artists and ‘outsider art.’ grunt has expanded its reach since then. Its mandate is to provide artists with resources to further their practices, with an emphasis on community engagement. Glenn Alteen was one of the founding members of grunt. Since 1990, he has acted as Director. 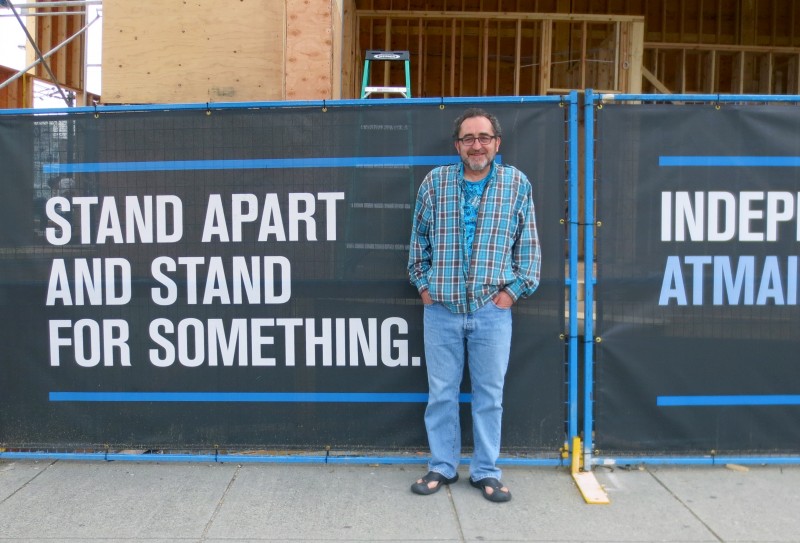 Glenn Alteen in front of the construction of the Rize presentation building, photograph by Brit Bachmann

Glenn and I met at Kafka’s, ironically situated directly across from the construction site of the Rize presentation building at the corner of Main and Broadway. The sounds of active construction and concrete trucks were deafening, forcing Glenn and I to yell at each other across the table and use hand gestures to communicate our frustrations. The sun was hot and our table was sticky. The whole scene was a perfect metaphor for the dominating topics of our conversation: the inflating costs of live/work spaces, the intrusion of urban developers, and the subsequent migration of artists.

Because of dramatically increasing property values, the social demographics of Mount Pleasant are shifting more radically than ever. For example, property values in industrial Mount Pleasant have increased approximately 30% over the past year. Glenn points out, “the unaffordability of Vancouver is really affecting our board membership. On the other hand, we now have a significant membership in the live/work buildings, which were considered the first wave of gentrification in this area.” 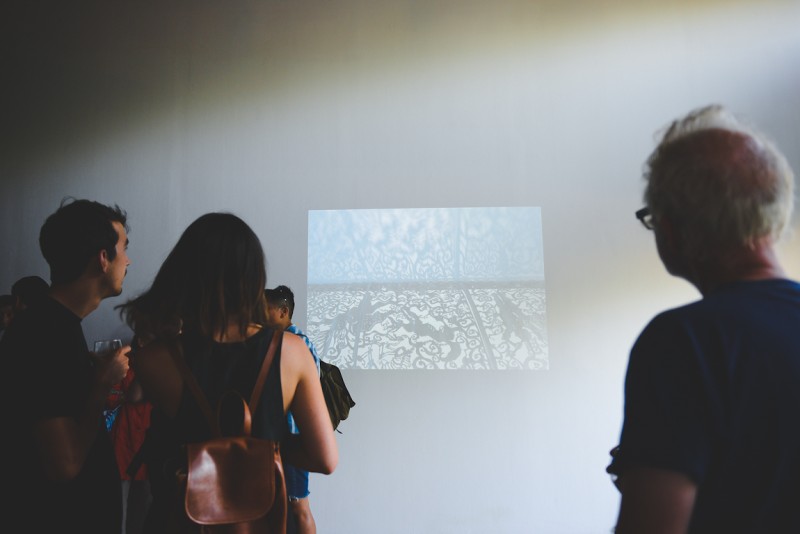 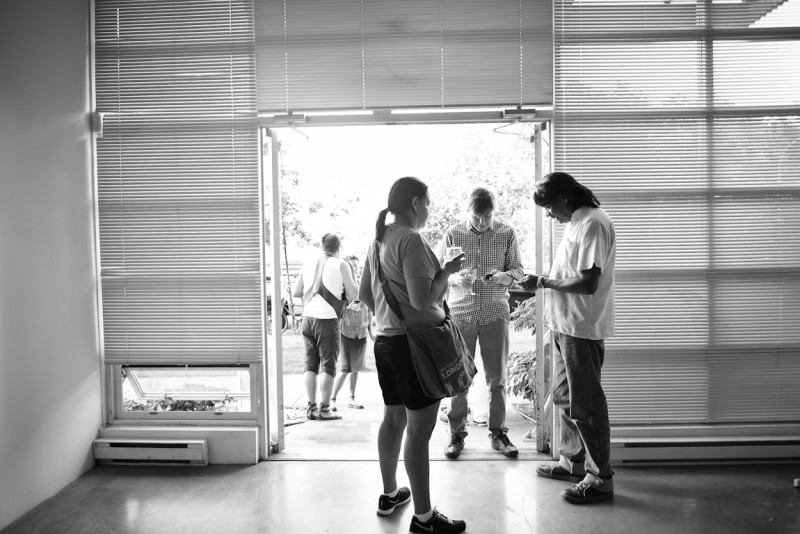 Of the organizations that opposed Rize, grunt is the only one with a history of cooperating directly with a developer. In 1994, the real estate team of Mainspace approached grunt with a marketing deal. In exchange for use of grunt’s logo, they received a small sum towards the purchase their current location at the base of Mainspace, #116-350 East 2nd Avenue. Glenn sees grunt’s previous cooperation with Mainspace as a situation that gave the gallery invaluable insight into healthy versus unhealthy forms of urban development. It is this experience that strengthens the validity of grunt’s opposition to developments such as Rize.

Regarding CACs and bonusing, Glenn says, “We have always been the Wild West Coast with these things. I don’t know of any other city that does [CAC] the way Vancouver does.”

Despite mixed feelings, grunt is benefiting from their recent CAC. With the $400,000 allocation, grunt will pay off the mortgage of their space. Over the next few years, the gallery will be looking into expansion and remodelling. Glenn admits that “[delivering] the CAC’s to organizations rather than giving real estate is perhaps the most progressive thing Vision Vancouver has done.” 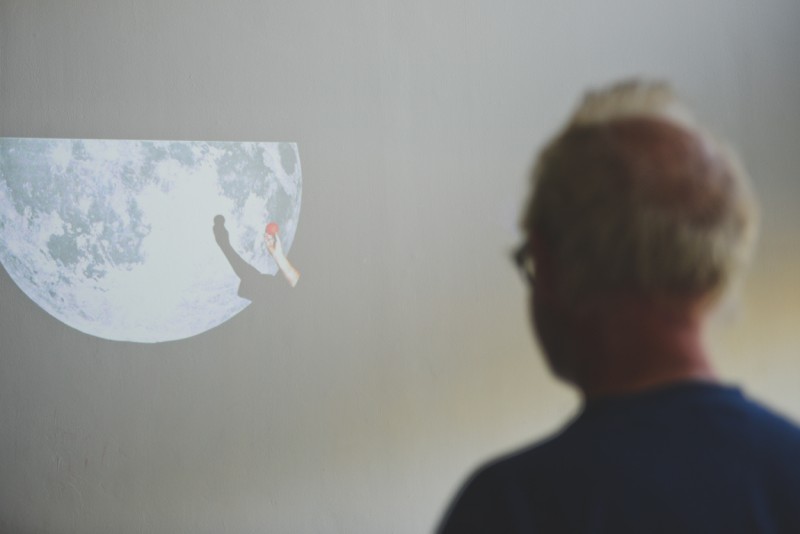 Glenn acknowledges that more Rize-like developments in Mount Pleasant may provide a unique opportunity for art collaboration between organizations and developers. He suggests that grunt would be interested in doing a project that brings in participants from different perspectives, pointing out that “nobody sits artists down with developers. That might be interesting.” 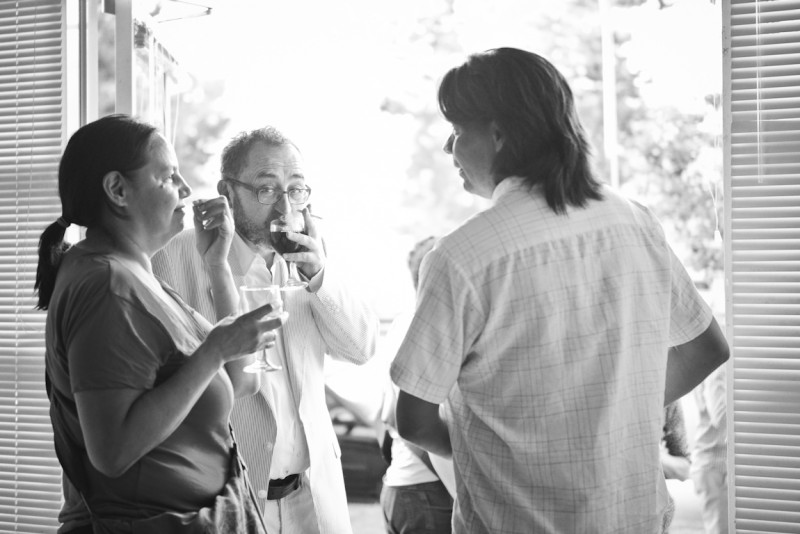 I was told that Glenn is a ‘fire-starter’ when it comes to social issues. When I mentioned this to Glenn, he laughed, “In Vancouver there are a lot of people who don’t say anything. There is a lot of fear. There are no consequences for shooting your mouth off, but people don’t like to do it. I realize that one of my roles is the say stuff. I try to not be too cranky. Sometimes you have to hold your tongue. Sometimes you have to let ‘er rip!“