Thursday, May 4th, is the launch of the 16th annual DOXA Documentary Film Festival, bringing 11 days & nights of international film, forums, and education to Vancouver.

This year, VANDOCUMENT is a proud Media Partner of DOXA 2017.

VANDOC’s involvement in Vancouver’s creative scenes is a dual role: support & advocacy. This is why we are directly involved in Industry Day, Saturday May 6th at the Goldcorp Centre for the Arts. This is the day in which DOXA pays focused attention to newly emergent film culture.

Teasers: at this day, you will experience “Reality Virtually” – everyone is talking about VR, but very few truly seem understand it (hint: VR is not the same as 360 video), as well as “Documentary & Performance” with Marie Clements on the panel (her film The Road Forward is this year’s DOXA Opening Gala film).

This panel will discuss the opportunities & complexities of working with arts organizations and disciplines. VANDOC’s approach is usually to not force creative vision upon the subjects of our documentation, rather, to capture as true a representation as possible. But this is done through our eyes, which are searching for aesthetically pleasing / interesting framing, so are we truly being true to our subjects? We look forward to the discussion.

Here are some we’ve selected from the programming, which fit our mandate due to geography, creator, or both.

Not only is locally based filmmaker Marie Clements’ film The Road Forward the opening gala film of the festival, it is also part of Rated Y for Youth, DOXA’s programming to involve high school students and youth to view thought-provoking films about Indigenous and environmental activism, anti-bullying and body positivity, and beyond.

In the Spotlights on Troublemakers (& Rated Y for Youth), The Caretakers focuses on the activists, ranging from new Canadians to First Nations people, who ascended Burnaby Mountain in 2014 to make a camp on the future route of the proposed pipeline.

The topic/trauma of Vancouver’s housing crisis is tackled in No Fixed Address by Charles Wilkinson.

Although far from an emerging artist, accomplished Emily Carr graduate and Vancouver based Carmen Pollard’s newest film, For Dear Life “is an intimate portrait of (her) cousin James Pollard as he sets out to turn his death into a lasting final project,” and looks like a must-see.

There’s some very close-to-home subject matter in Transmissions: Expanded Cinema, short films “at the crossroads of cinema, video, and sound art,” from a transgender woman teaching piano in the West End, to 12 minutes with the Drive’s loved Carnival Band (both also in the City Voices program) 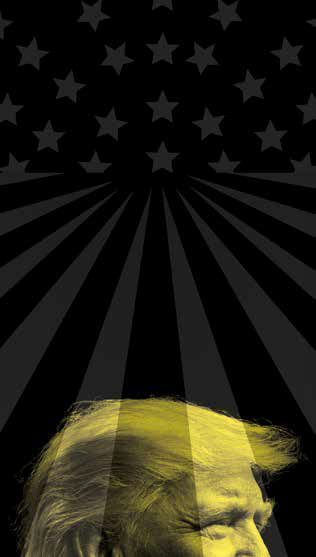 Founding editor of The Tyee and adjunct professor at the UBC Graduate School of Journalism, David Beers, is guest curator for a collection of ferocious fire-breathing films under the banner Trumped! Now What?

With lines such as “Trump might keep up his populist charade as long as his Rasputin Bannon churns out conspiracy theories and wedge issues,” Beers’ short essay to introduce the films is worth 5 minutes of your time.

DOXA is a registered charity, and your donation helps this fantastic local organization continue to bring the most artistic, thought-provoking and extraordinary documentaries, to Vancouver, for all people of all ages. www.doxafestival.ca/donate

Closing: Why VANDOC is involved

We do not claim to be documentary film makers, per se (but then that brings up the question: what defines documentary filmmaking? It obviously does not have to be feature length, as short documentaries are in film fests all the time), as the longest we’ve made is our 17 min recap of Paul Wong’s Thru The Trapdoor group exhibition, a 12 min retelling of movement and sewing at Mine Agente at Merge, and most others in the 5-6min range.

VANDOCUMENT exists to support artists based in Vancouver who are in the emerging stage of creating work. Our team of photographers, videographers, and writers document these artists’ work, helping to tell their stories, whether it is capturing an exhibition opening or live performance, or interviewing them about their process.

We love storytelling. And we couldn’t be more excited to see the stories that creators, both locally and abroad, are being brought to Vancouver this month. Big love to DOXA’s team for making this all possible.

Looking Deeper Into A Transitioning Chinatown