Failing Street debuts their EP at an all-ages show 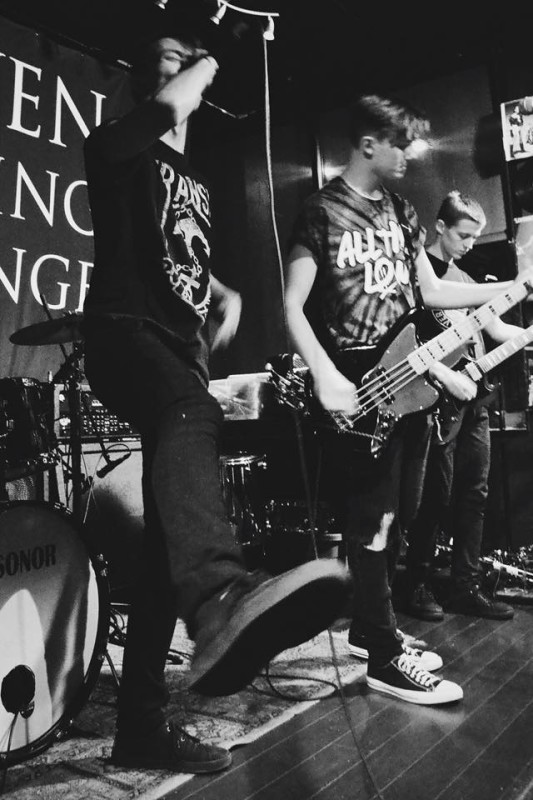 On November 5th, a young crowd floods Seven Dining Lounge. They’re here to see five musical acts perform: solo artists Joel Stibbs and Bryan Michael, followed by Harper Youth, One And The Same, and the headliners, Failing Street. The show is Failing Street’s debut of their EP, Silver Tongues and Silver Globes, so a large majority of the audience is their following. The other acts that perform alongside them are mostly friends and other bands from the suburbs, and the crowd is equally amicable. The floor is lined with a few long tables where huge groups of friends talk, laugh, and eat. Every so often, someone yells out a bandmate’s name and an incomprehensible inside joke, setting off fits of high-pitched giggles. There’s obviously a pre-established community at the show, and although they aren’t necessarily rude, it makes it difficult to feel comfortable as an outsider.

Another setback to the evening is that everyone remains sitting until the headliners perform. The lack of motion makes more sense when Stibbs and Michael are on, seeing as they’re one-man acoustic artists. That also means that they make for decent opening acts; people can talk over their playing quietly like one would at a coffee shop and it won’t bother anybody. In regards to sound, both Stibbs and Michael sing stripped-down versions of pop punk songs with accompaniment from their acoustic guitars. It’s difficult to distinguish between the two, although one thing does stick: Bryan is doubling as the sound technician for the night. After he steps off stage and puts his instrument away, he comes right back on to help Harper Youth set up for their performance.

Harper Youth, another pop punk act, is the first of three full bands to play. Comprised of two guitarists (one of which is the frontman) and a drummer, they bring a needed burst of energy to the evening. Each member is constantly dancing, shaking, and jumping around stage, which is an appreciated distraction from the unmoving crowd. The frontman, Kevin Harper, has unique and raspy vocals but loses traction when he refuses to stop second-guessing himself. “This is going to be hard,” and “I’m kind of sick right now,” are two phrases that come up more than once. He might as well have said, “Brace yourselves for us to suck,” which isn’t exactly the most compelling statement to hear before launching into a song. Despite his insecurities, the band does sound consistently clean and their songs are catchy enough to be hummed on the way home. Plus, the bassist (Ben Marshall) and drummer (Emerseon Marshall) are twins, and they’re both admirably talented instrumentalists. It’s hard not to be at least a little bit impressed by that. 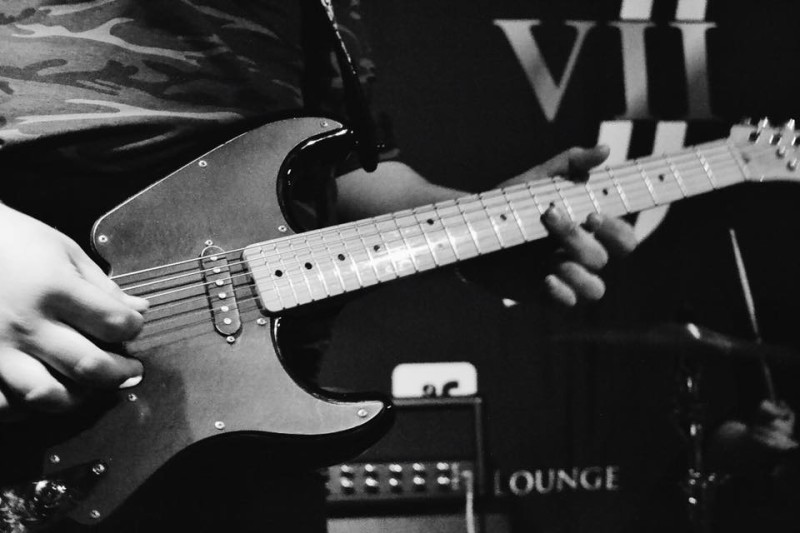 One and the Same comes onstage after Harper Youth clears out, and they completely change the mood. While the first three acts are clearly defined as pop punk, it’s hard to put one label on this four-piece. Their song structure is much more eclectic and interesting to listen to than those before them, likely because they generally avoid restricting themselves to one genre. Sometimes vocalist Colin Ferreira sings, then he screams, and then he talks (or rants, rather). Bassist Conor Naylor throws in some satisfactorily out-of-place funk bass lines, drummer Corey Buchan hits a cowbell sporadically throughout the performance, and they even include a cover of “Should I Stay or Should I Go?” which, albeit overdone, isn’t as bad as it could’ve been. If anything, it resuscitates the half-dead crowd. The Clash wakes them enough to sing along, but that’s about as energetic as they get for the set. Maybe the pop punk crowd just isn’t feeling One and the Same’s eclectic style, which could explain why Naylor walks out for a cigarette before the last song is even finished. Then again, it could just be an homage to the punk rock attitude.

When Failing Street finally comes on, the audience huddles around the stage. The enthusiasm levels go from zero to a hundred once they start playing; almost everyone in the crowd sings along to both their original songs and covers. People dance with friends and a little pit even opens up towards the end. It’s a miraculous transformation of audience morale, and it makes the last near-hour of the evening far more enjoyable. The band itself sounds good, but not incredible. There are moments of instrumental sloppiness but the clean vocals stay fairly consistent in quality, and each song is recognizable from the recorded version. The true quality of their songwriting shines through when the rest of the band hangs back to cuddle while frontman Nik Pang plays an acoustic original. It’s easier to hear the chords and words, of course, and it establishes intimacy with the audience. When the set ends, everyone hoots, hollers, and then quickly files out.

The night at Seven Dining Lounge was all good, clean fun. Each act delivered a listenable set and there was a sense of general camaraderie in the room. However, it would’ve been better off as a show with more standing room, particularly for the bands with a more high-tempo, aggressive sound. If the point of the event was to perform Failing Street’s EP to a receptive audience, then it was accomplished. The other bands, on the other hand, may have suffered from a lack of crowd participation.