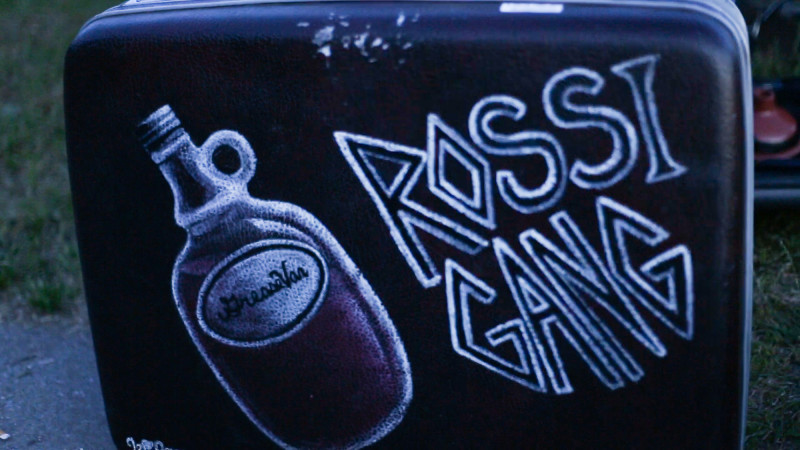 With the sun low on the horizon over Bowen Island and the tankers floating in English Bay, the Carlo Rossi Gang ease into their musical emanations. They fill the evening air with upbeat, New Orleans-inspired jazz tunes. It’s the evening of June 19 and the group is starting their performance at English Bay Beach on a patch of grass between a concrete pathway and the ocean.

Joggers stop for a listen and couples stroll slowly by with arms around each other, swaying gently. A hundred listeners take a seat on the grassy embankment which slopes up away from the musicians. Some are having supper. Others enjoy a beverage on the sly. The tunes get richer as the sun sinks lower. 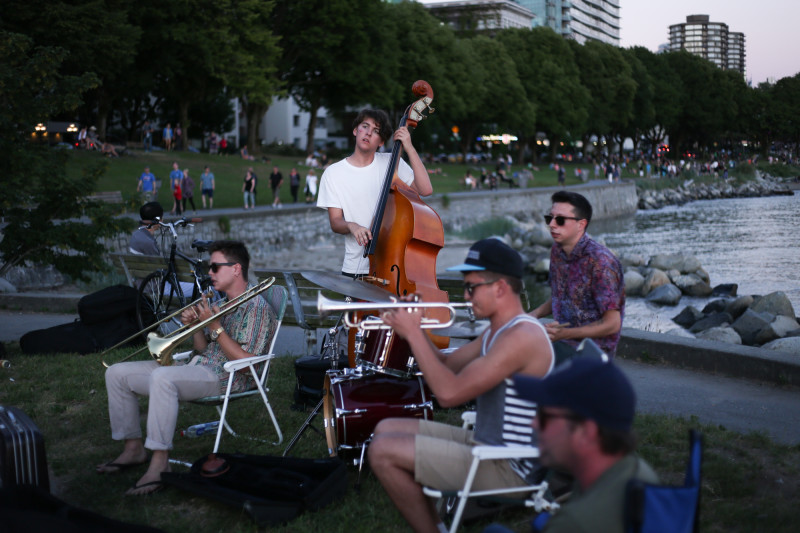 This writer overhears one pretty young lady say, “I just want to put on a gold dress and go up there to the front and dance.” Some appreciators do get up and have a dance, though sadly, they are without golden dresses. 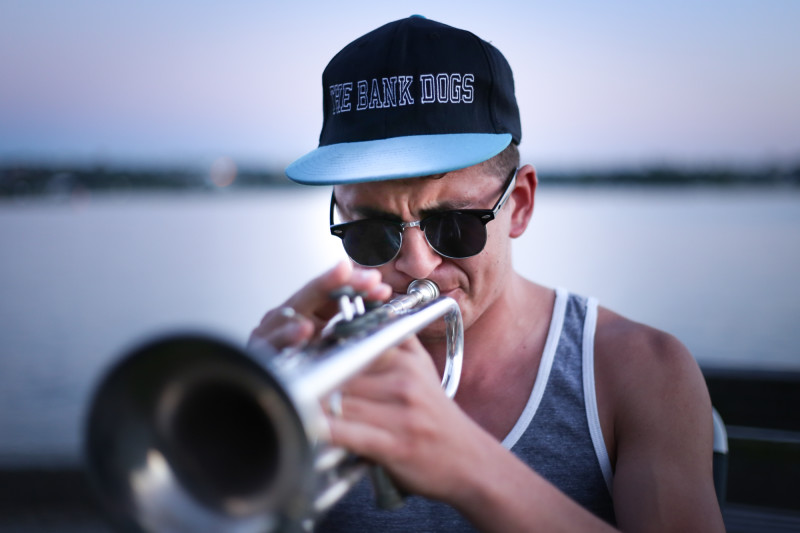 This evening, four members of the group perform: Aaron Levinson on drums, Noah Gotfrit on bass, Sky Lambourne on trombone and Zak Youssef on trumpet.The Rossi Gang play a few classics like, “The Bucket’s Got a Hole in it,” written by Lee Blevins and Victor Sells, and “Bourbon Street Parade,” by Paul Barbarin. 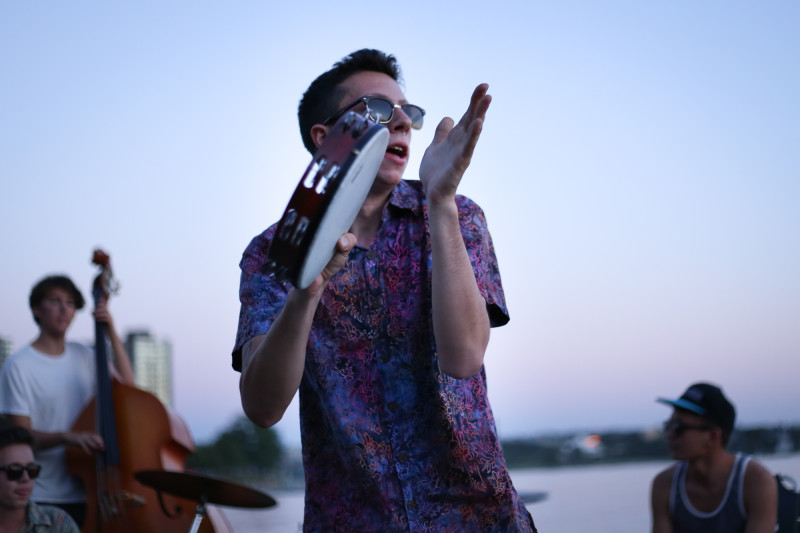 The Rossi Gang started playing in bands together as teenagers and have taken lengthy journeys to New Orleans to seek out inspiration and discover the roots of their jazz tunes. 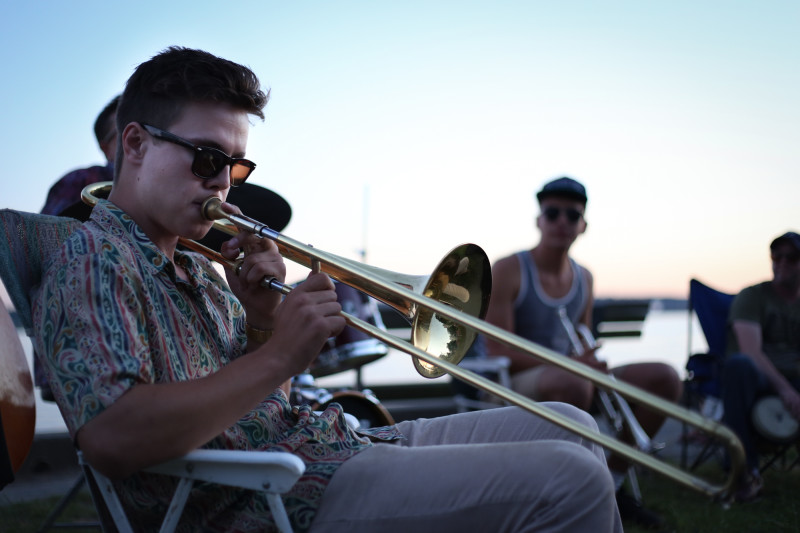 During a short break in their performance, Noah Gotfrit takes a few moments to speak about the Rossi Gang.

VANDOC: Who is Carlo Rossi?

Gotfrit: It’s a kind of wine. With this band we started when we were 15, we used to drink this real cheap red wine. We used to get jugs of these things and just jam and play jazz.

How did the group get its start?

We were all sort of in the same circle of friends. Because we were all into playing music, we gravitated to one another and started playing together. I met Sky when I was about 14. These two older guys and Sky and myself started playing together in this band. We were trying to play jazz, though I had no idea what I was doing on the instrument at that point. They wanted a drummer and I said, hey, I know this guy Arron. Arron and I met playing rock and roll, way back when. We went over to his house to jam—some classic teenage Grunge band rock. So we got him in our band, with me and Sky. 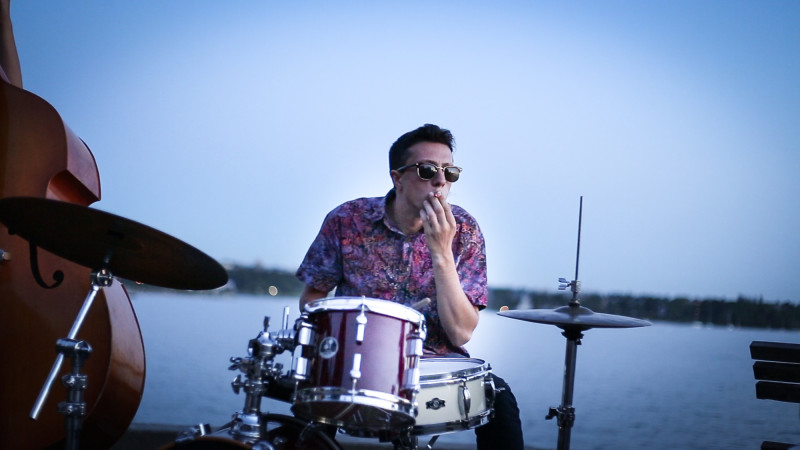 Care to say something on your New Orleans influence?

You grow up playing jazz, you know, you always hear of New Orleans being this place where it all came from. This crazy magical place. We’ve been there twice now. The first time was two years ago, when we were all 18, 19. I turned 19 on that trip, a bunch of us did. We drove down in Sky’s 1977 Oldsmobile with the bass strapped to the roof. We took about a month to get down and spent about a month down there. We were out every night at the clubs, hearing music. We just loved it so much, but only got a little taste of it. We decided, you know next year, we’re going go down there for a longer period of time. Last year, we went down for about six months. We got really serious about trying to study the music and learn the traditional style, you know.

Now, we’re back here, trying to spread the good word of the New Orleans music and find our own sound. Myself and Arron are heading back down to New Orleans in the fall; Joseph and Sky are staying up here for a little longer and then they’re coming down as well. 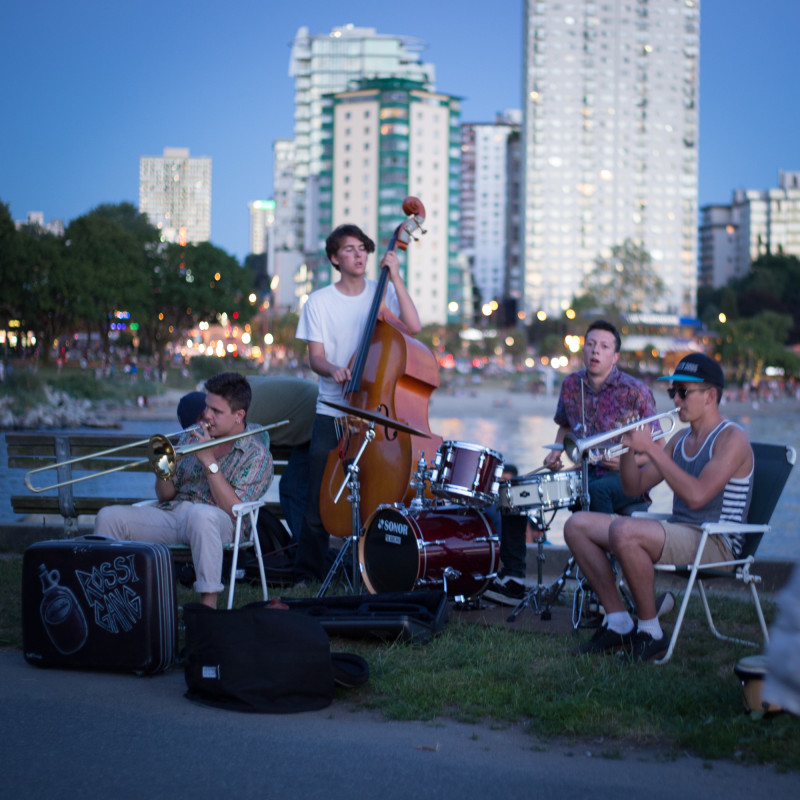 What are some of the differences in the music scene between Vancouver and New Orleans?

It’s really different because our living in New Orleans was being made completely by playing in the clubs. Up here, your living is made entirely busking and then playing private events. You go out busking, give out business cards and somebody says, “Hey, I’m getting married next month,” and then hires you.

Here, you gotta go out and play on the street and hustle these private gigs and play these weddings and corporate events and stuff. It’s a different kind of thing. It would be nice if there were more places to play in Vancouver. There’s a couple of places that do jazz, like Pat’s Pub at the Patricia Hotel, Tangent Cafe on Commercial Drive. It’s a decent living; you do alright. It’s just a really different way of going about things. 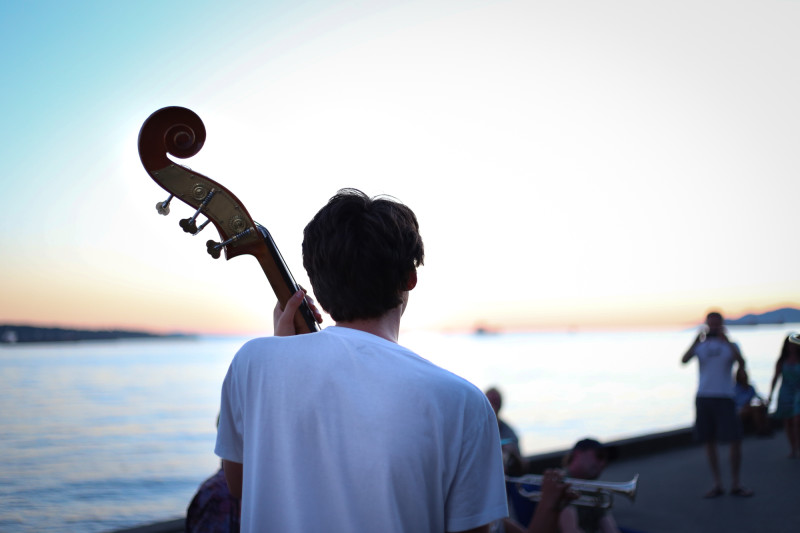 It’s time for the tunes to resume and Noah returns to his bass. Overhead, as the sky takes a darker shade, herons, gulls and cormorants fly on their separate ways. The soulful music of the Rossi Gang rises up of the grassy knoll onto Beach Avenue and beyond.