Brett Barmby’s show “7343” opened at Avenue Gallery on December 4, 2014. Practiced in the style of the Dutch masters, Barmby’s portfolio includes his humorous take on their classic still-life vanitas (mimicked with food from his own lifestyle: pizza, slurpies and pizza pockets). Recent works focus on the buffs painted — often in wildly mismatched colours — by city workers over graffiti on public property. The title of the show refers to the bylaw making this cleanup mandatory. 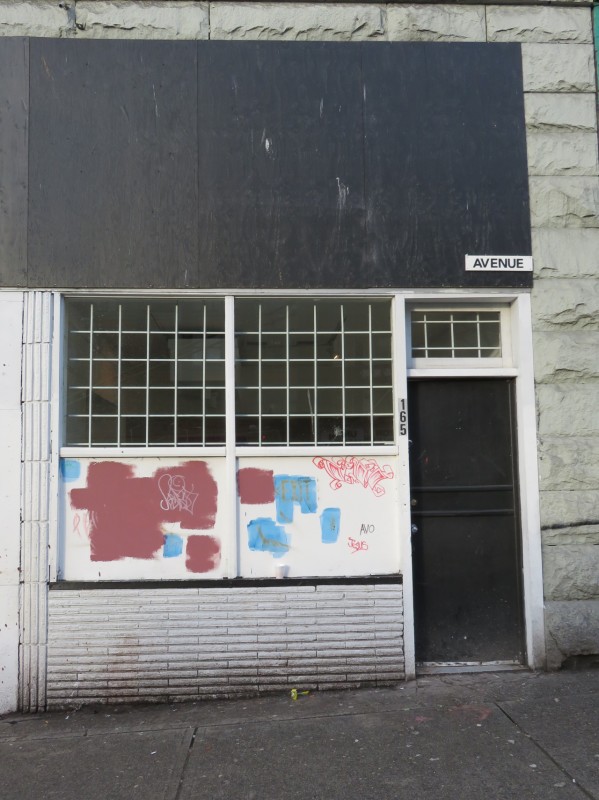 7343 solo exhibition of works by Brett Barmby at Avenue Gallery Dec 2014. Photo provided by the artist.

Avenue Gallery is located near the corner of Hastings and Main. I get off the bus, on the edge of Chinatown, and continue past a line-up of people waiting for shelter. I feel like I am trying to jump the line while walking past them to the front, turning before I reach it to face Avenue. Outside the gallery doors, the building exterior has buffs painted over a white wall in dusty rose and deep cornflower blue. Barmby reveals that tags were put on the building just before the opening — he used the opportunity to cover the marks with his own buffs. The artist represents this scene in a small oil painting (its still wet surface glistens), displayed on a long bulky ledge below eye level. Barmby says that covering the tags only incites those who put them up to attack the clean surface again. And soon after, his buffs outside Avenue have been covered with graffiti. 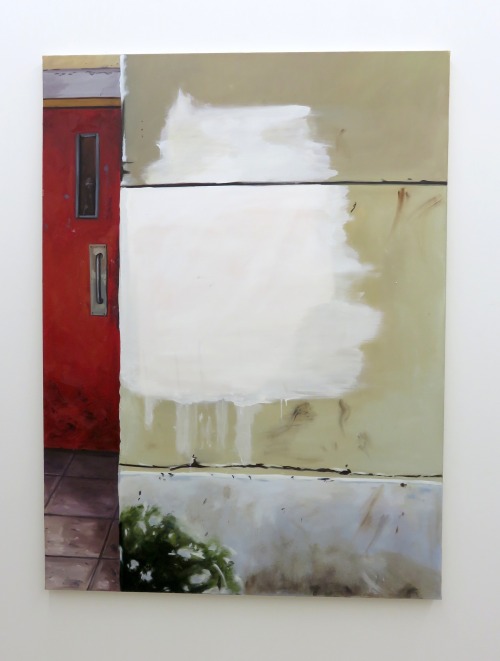 Incidental Composition #4 by Brett Barmby. Photo provided by the artist.

Working as a bike courier, Barmby has intimate knowledge of the city and its less traveled routes. In this way, he collects thousands of photos of buffs, documenting changes in street culture and cityscape in the process. The paintings question our relationships to the city through its strictures and structures. Painted on salvaged canvases, the previous images lost underneath, Barmby’s works create potential dialogues around property, identity and visibility. The buffs are magnified as sites of contact between the lawful and unlawful. 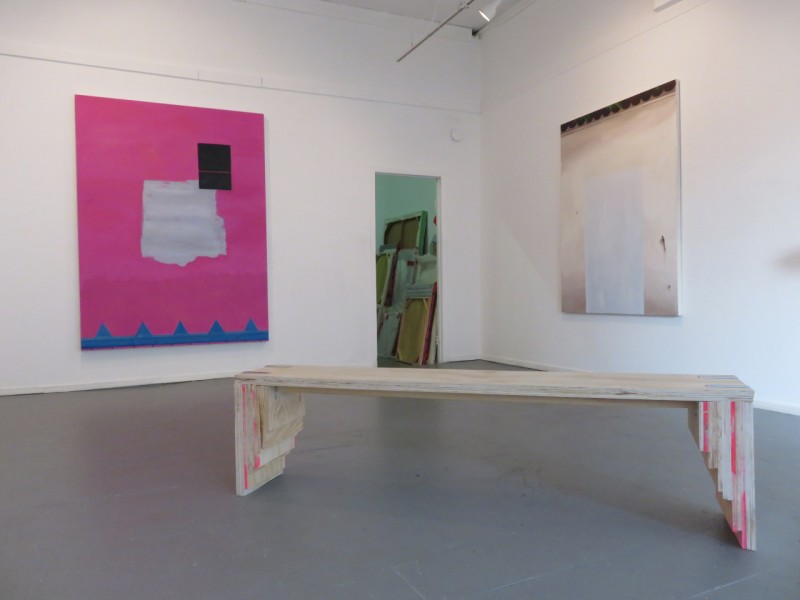 7343 solo exhibition of works by Brett Barmby at Avenue Gallery Dec 2014. Photo provided by the artist.

Barmby recently graduated from the visual arts program at Emily Carr University, a school with obvious bias against representational painting. One teacher (an abstract painter) suggested that he “stop painting” and “try something else” after seeing his realistic renderings of 7-11 stores en masse. While he never stopped painting, could such statements have been the impetus for his flirtation with abstraction? 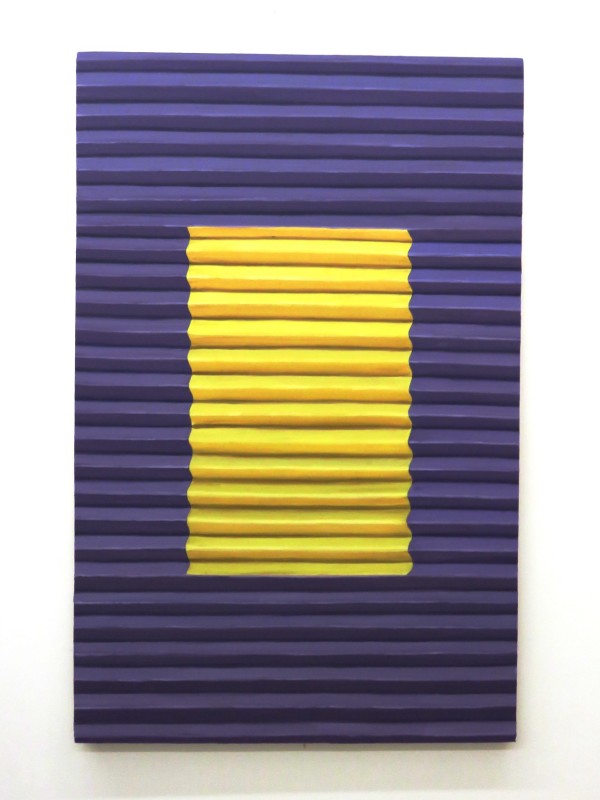 Incidental Composition #3 by Brett Barmby. Photo provided by the artist.

The conglomerate of 80s-nostalgic-design-aesthetic grids, squares and squiggles remains a trend in town and Barmby seems eager to join the conversation. He paints his own ‘squiggle’ —a representation of a buff on a corrugated metal door. A meticulous painter, he finds a hack in realism for painting images that look abstract. He does so by shifting his approach while painting through this series. Beginning with a scene in which rich colours are utilized to convey a red door, next to a stained wall with a buff above, Barmby remains comfortably in line with his previous work. It isn’t until he begins to crop out more specific information that the paintings take on some mystery. Eliminating  information, with each successive painting, he finishes with a black and white buff, its edges softened with spray paint. It has the look of an abstract work but is painted directly from life. 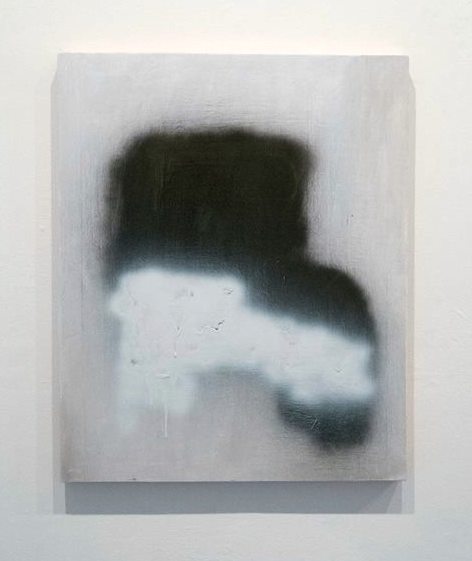 Incidental Composition #7 by Brett Barmby. Photo provided by the artist.

Barmby’s work is always rooted in his own time and place — he may take techniques from past art movements but his themes are in the here and now. From his 7-11 high school hangouts to the buffs that he passes daily, he paints what is familiar but often overlooked.

Note- an unrefined version of this article by the same name first appeared in Issue Magazine 4:3 Winter 14/15. The review published here is the actual.