A preview of VIVO's On the Move installation July 26-31

The crisis consists precisely in the fact that the old is dying and the new cannot be born; in this interregnum a great variety of morbid symptoms appear.

Last year VIVO placed an open call for On the Move, a final artist residency in their space at 1965 Main Street. VIVO is vacating this building after 20+ years of tenancy. As with so many other properties in the Lower Main Street area, their building has been sold to a developer.

Vancouver-based artists Kristen Roos and Ross Birdwise answered the call, proposing an installation that “will be a spectral presence in an empty space once teeming with activity.” Their residency exhibition will be open July 26-31, with a closing reception Thursday, July 31st. It will be the last event VIVO hosts at 1965 Main Street, meaning the last chance for VIVO-lovers to reminisce before the building is permanently sealed off to the public.

I met with Roos, Birdwise and the residency curator, Elisa Ferrari after we had all worked long days. As if slowed by molasses, we dragged creaky chairs into a tight circle surrounding a recording device in the centre of VIVO’s main space. 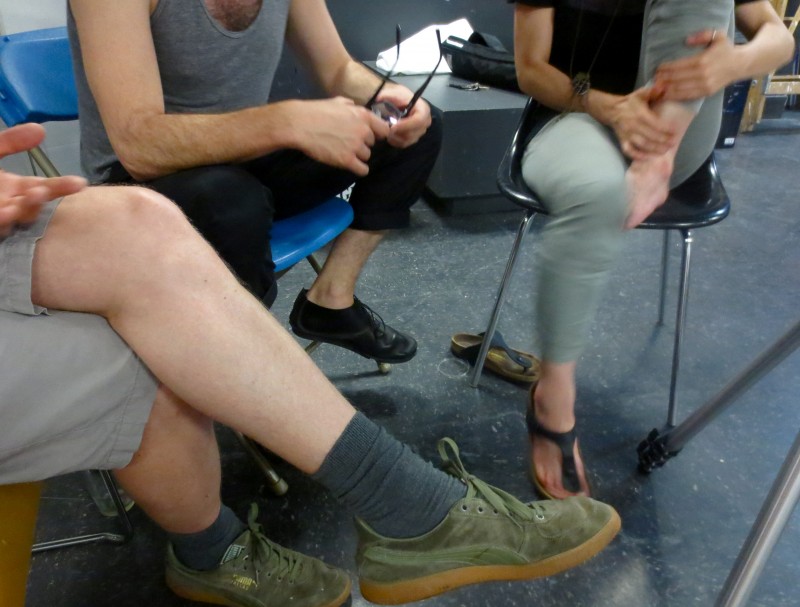 Looking around, I realized that the space was just as exhausted as we were. Electronics were scattered miscellaneously against walls and pillars. Loose paper littered the floor, juxtaposed by a ceiling speckled with missing tiles. The only inkling of organization came from a collection of carefully piled televisions in a corner, radiating The Ghost of Video-Art Past. 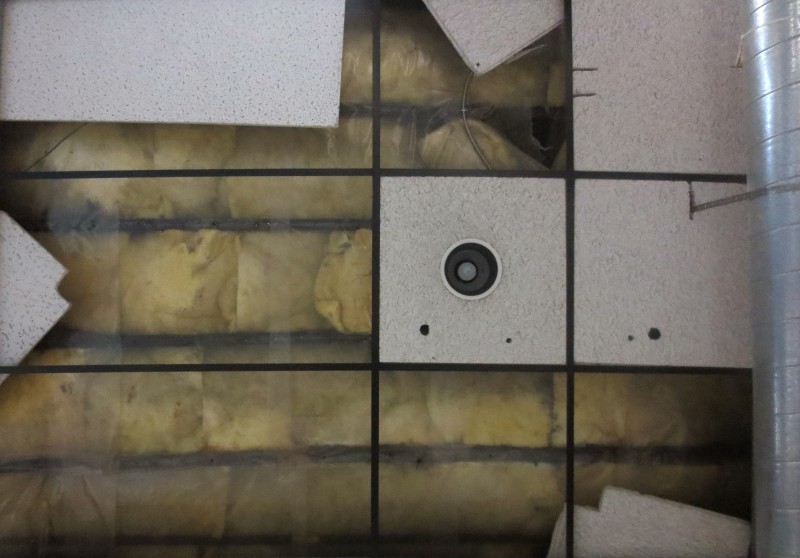 My first question was, “What have you been doing?” The answer was complex.

Over the last few months, Roos and Birdwise have been researching material in The Crista Dahl Media Library & Archive, quietly observing and recording VIVO’s migrating process, and conducting interviews with people associated with VIVO’s past and present. All the while hoarding piles of discarded VIVO legacy for an installation. 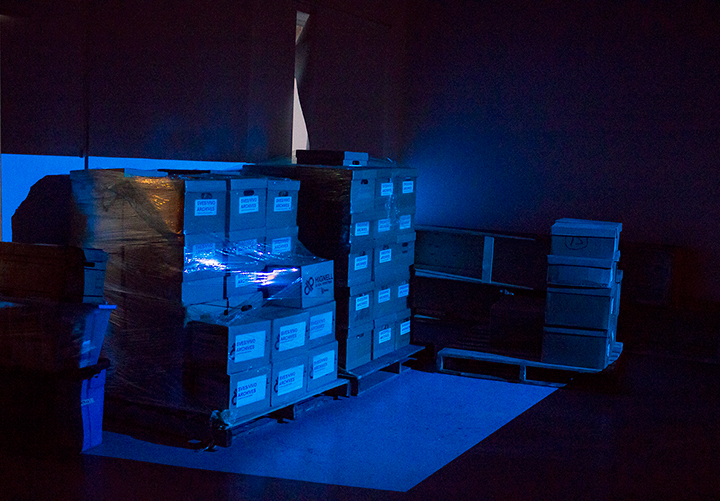 Thematically, Roos and Birdwise have woven contemporary socioeconomic conditions in Mount Pleasant, VIVO’s contribution to Vancouver’s art history, the personalities that have shaped VIVO over time, and the laborious process of moving. Roos points out, “a lot of it will be stuff we can submit to the archive.” Aesthetically, their installation will be a combination of found objects strategically placed, found objects left where they were found, and sound and video components.

Regarding the range of their residency perimeters, Birdwise says “We are still trying to figure out which [ideas] to implement and which ones to discard. Everything has been so fluxy and precarious in the space itself, that it has bled into our project… It is a project, but also self-reflective and documentary.” 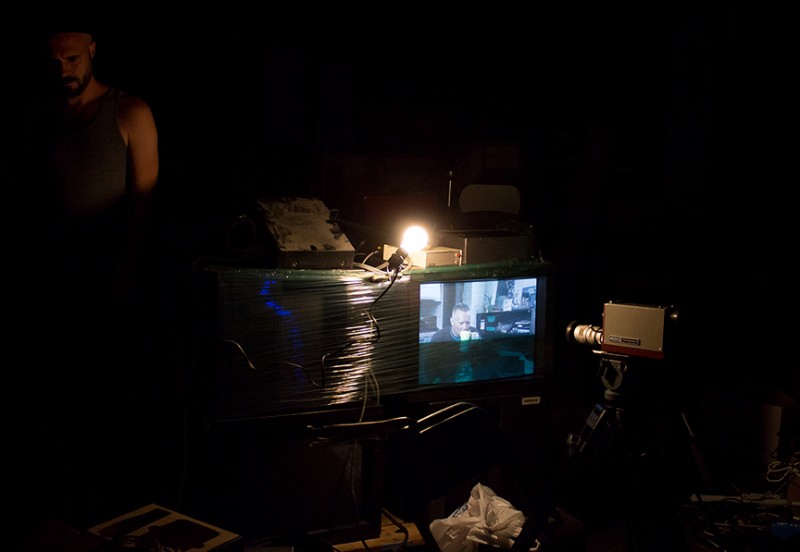 Although the approach to their residency seems scattered, it is a direct reflection of the uncertainty around VIVO’s relocation. Until a couple weeks ago VIVO had not found a space to move into, but had already begun packing up. Their new location has just been confirmed at  2625 Kaslo Street, opening in September.

Roos and Birdwise were chosen to respond to VIVO’s move. More than that, they were chosen to create something that could be submitted to VIVO’s archive. Ferrari points out that “there is no objective archive [and] no objective documentation, but only ‘documentary uncertainty,’ to use an expression by Hito Steyerl.” She adds, “the call was not for ‘objective documentation’ [but rather] to produce a work that would reflect on some of these problematic conditions in a moment of transition.”

Both artists have a personal relationship to the themes of On the Move. For Roos, VIVO’s move relates to his personal experiences with gentrification and eviction as a child, leaving his family home. Roos states, “This VIVO situation has allowed me to look at the reality of people getting pushed out of spaces and what that means… If families are going to get pushed out of this neighbourhood by developers, that is something I can relate to.”

Birdwise relates the VIVO move to anxiety that he has experienced in his own life. During the open call for submissions to On the Move, he was reading literature about anxiety and precarity, influencing his proposal. Birdwise’s research has led him to accepting that “some of the anxiety and daunting nature [of the project] is just a feature of the process.” 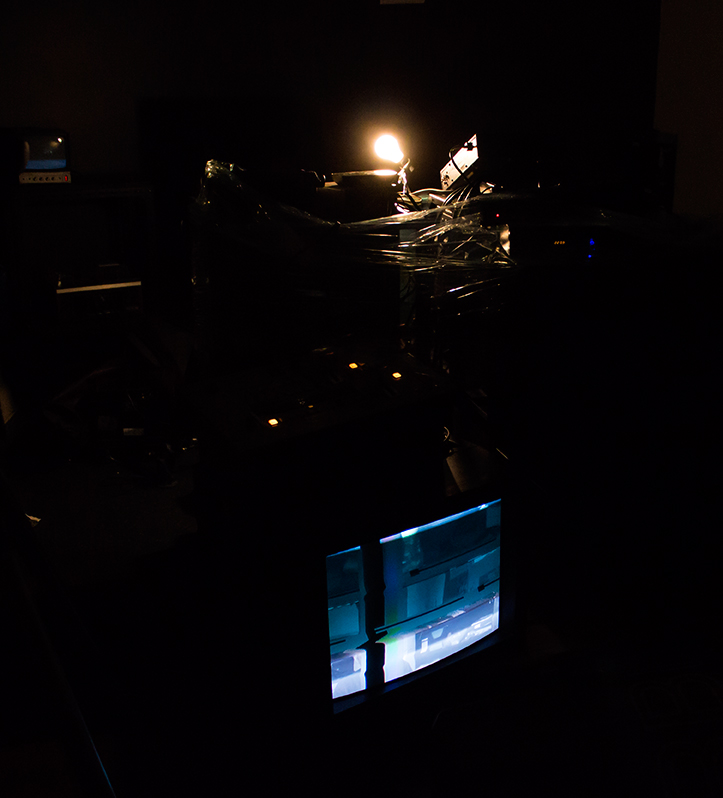 The quote by Gramsci which prefaces this article has been an undercurrent of Roos and Birdwise’s residency, a phrase that the artists and Ferrari have meditated on. While the context is heavy (the quote is an excerpt of a text Gramsci wrote while in prison), the content reflects the uncertainty of VIVO’s situation and on a grander scale, the threat of gentrification in neighbourhoods such as Mount Pleasant. As Birdwise puts it, “[The quote] has been a guiding theme, influencing our idea of creating a haunted space.“

The residency exhibition will be on display July 26-31 daily between 4-10pm. It is free and open to the public. There will be a closing reception Thursday, July 31st at 7pm. This will be the last event at 1965 Main Street, and the last chance for the public to see the space. For more information and an artists statement, visit here.