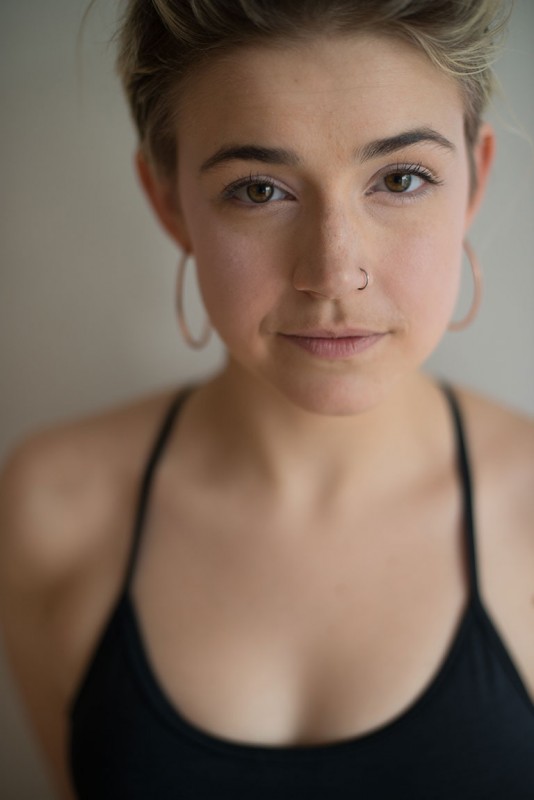 Anyone who hasn’t watched a “loop artist” at work is missing out. “Looping is basically a form of live DJing,” summarises local singer-songwriter Chersea, whose unique technique of manipulating live music through electronic equipment won her the BOSS Loop Station Championship last year. “So you take an instrument, or you take a signal from a piece of digital or analogue equipment, or whatever it is; you run it through the loop station, you record it, and as soon as you hit the pedal again, it plays back to you.” But trying to explain its complexities doesn’t do justice to the elegant simplicity of looping when seen on stage. A performance by Chersea is practically sleight of hand. It is almost impossible to see the subtle ways she controls sounds through her loop station; they build layer by layer as if attuned to her thoughts, and then all of a sudden, they amass into an immersive, hypnotic harmony of spellbinding music. 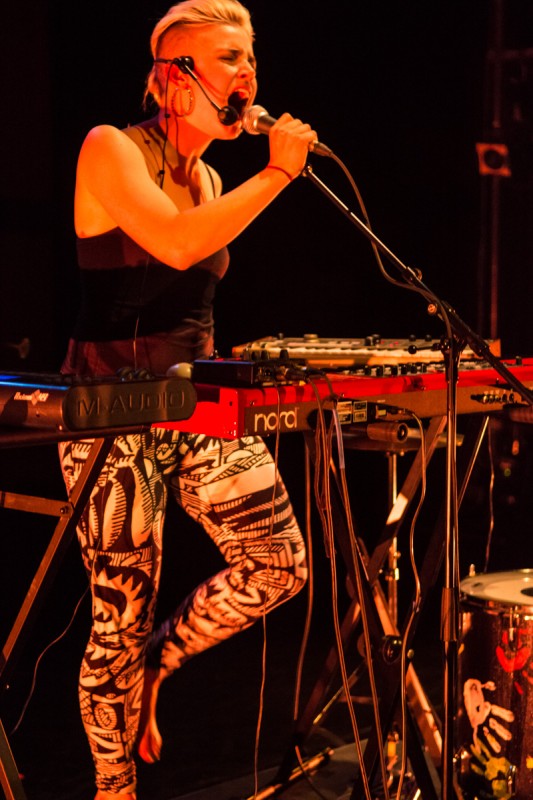 While playing a live show, Chersea records her own percussion, melodies, and vocals; she alters them, merges them, isolates them, halts them, and rearranges them in myriad combinations as a part of each song, effectively becoming a one-woman band. In the end, she epitomises the term “technical wizardry.” “I’ve always been inter-recording my own music; when I was ten, I won a composition award,” she recalls. “I was playing a digital piano with a floppy disc. So essentially, I recorded all of these nature sounds on this floppy; I put it in, and I’d be playing a live classical piece while pressing buttons and triggering these sounds.” Chersea laughs to herself. “It’s hilarious that that’s when this started — I mean, with completely different technology.” 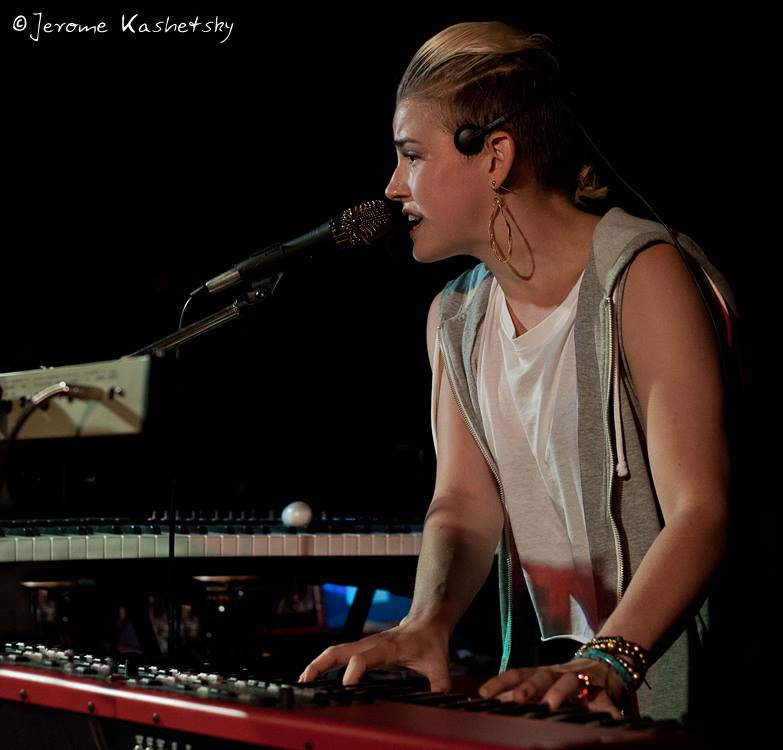 Chersea has been a multi-instrumentalist since childhood. She started tinkering the piano keys as a two-year-old, and began formal lessons around age five. In grade six, she picked up the trumpet and clarinet and played both until grade twelve; a rock band programme in her middle school also acquainted Chersea with the guitar, the bass, and the drums, though she did not take up guitar seriously until she was nineteen. “My parents played a lot of classical music, so I fell in love with classical music at a young age,” she says. “I’m classically trained in the sense that I started taking piano lessons from age five all the way until I was about fifteen years old, and then I just quit because hockey took over my life, and I actually got a hockey scholarship to UBC.”

While rewarding, university was a taxing time for Chersea; playing varsity hockey, working three jobs, and taking enough courses to earn a double major was difficult, and distanced her from her musical passion. “The third year of university, I had a really great hockey season, and my coach was just like, ‘you got to choose between music and hockey;’ so then I chose music,” she explains. But shortly after making this critical choice — which Chersea commemorates as being the best decision she’s ever made — a series of health complications compelled her to drop out of school. “I was on all these medications, and my life had been completely flipped around,” she says. Finally, she quit the medication altogether in order to regain a sense of stability in her life; the gambit paid off, and after three months she completely collected herself and composed all the songs on her first EP within three weeks. “I know how to deal with all my situations now,” Chersea says with a smile. “So it’s good. And I mean, music’s just the best outlet for that, and I guess suppressing that also contributed to a whole bunch of issues.” 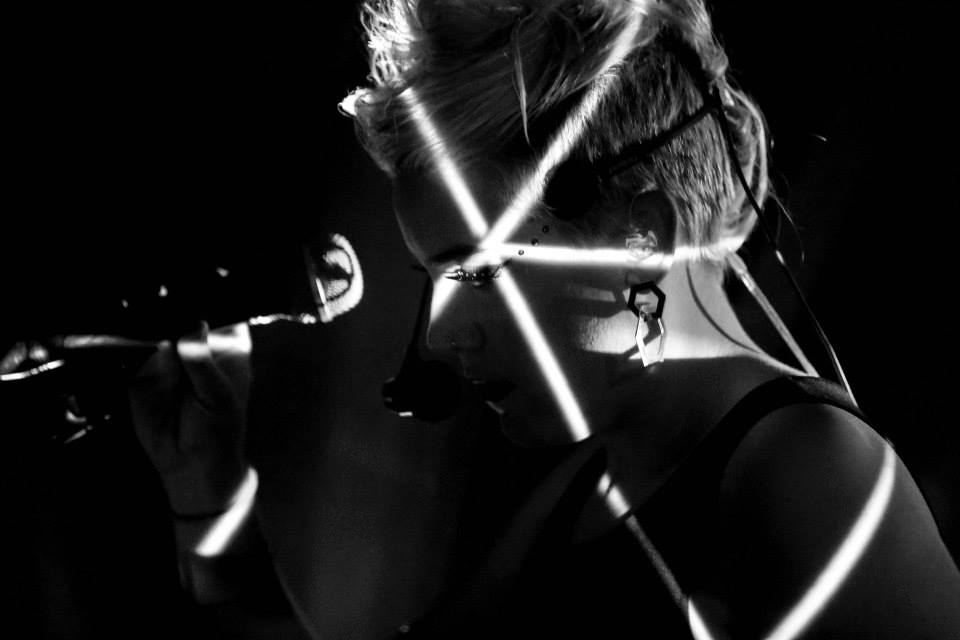 Regarding her music, Chersea says, “Some people describe it as experimental. Some people describe it as ambient. I tend to describe it as ambient, dark, world pop.” Her songs are profoundly personal reflections on past experiences, but the stories are told through metaphor and allegory, symbolism and romanticism, so that the audience can extrapolate their own subjective meanings from the words. “I’ve always loved poetry. I’ve always loved music. I’ve always read into lyrics. And music is just another form of storytelling,” she explains. “I write all of the music, and I get a vibe from the music. And honestly, I just write all these lyrics that I feel; it normally takes me five to ten minutes. I rarely change them because I like the lyrics to stay very true to how I was feeling that exact moment.” After she wrote her album’s worth of songs in January 2013, Chersea played gigs at several local venues using a simple loop station with her guitar; her semi-professional debut took place in May 2013, at Montreal’s One Man Band Festival.

Just after returning from Montreal, a friend told Chersea about the LAUNCH Festival and encouraged her to apply; although Chersea doubted that she had the experience or credentials sufficient to be accepted, she submitted an application and was surprised when the Festival approved her. “LAUNCH does exactly what the title suggests. It opened so many doors — a ridiculous amount of doors,” she says emphatically. A head producer for brand.LIVE saw Chersea’s performance of her original songs “I Could Lose It All” and “Mind Porn” at LAUNCH, and got her an opening slot the Khatsahlano music and art festival. “So this is me being brand new, already hopping into Khatsahlano,” Chersea remembers. “When she asked me to play for her I burst into tears. And this is the same day as LAUNCH, and I’m just crying my eyes out at the social. I was so blown away, I had goosebumps. Just from doing two songs.” 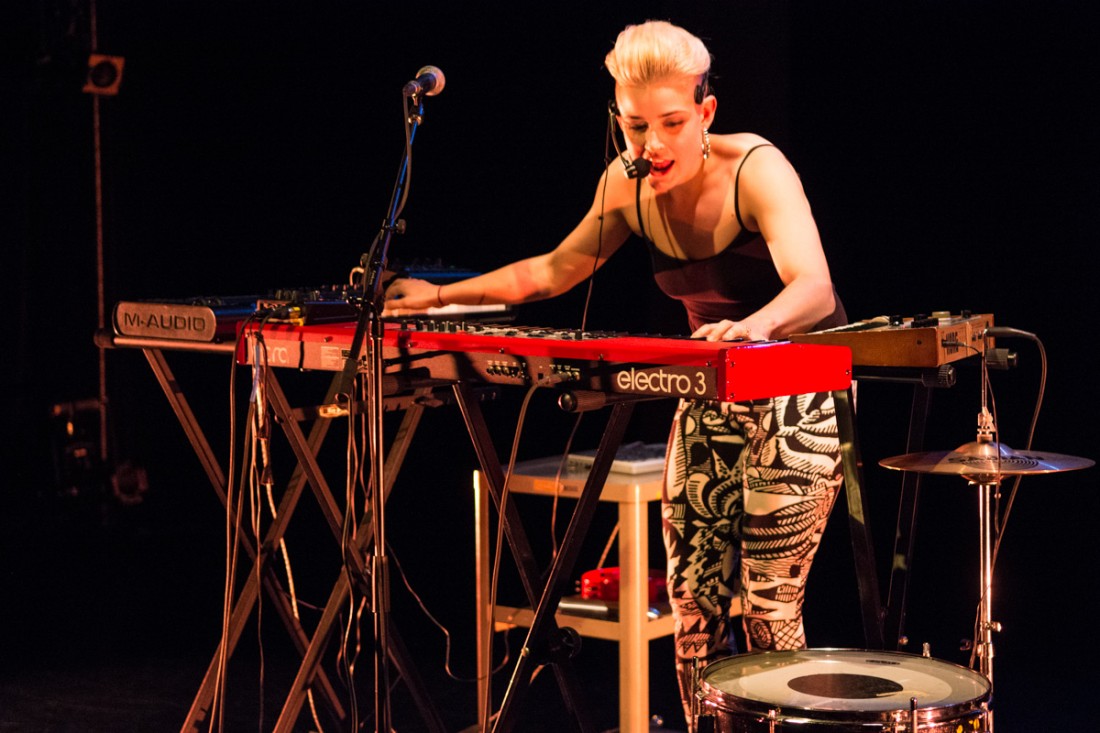 After Khatsahlano, Chersea had a lot more work, including being invited back by SFU to perform at their 2013 Public Square Community Summit and their Week of Welcome in Fall 2013. She got involved with Project Limelight, a cause that she is still committed to. And following the LAUNCH Festival, Chersea competed in the Canada-wide BOSS Loop Station contest, which she won nationally, and found a producer with whom she recorded her first full EP, “GREY MATTER,” released in April 2014. “After winning the Loop Station, I got sponsored by BOSS-Roland as one of their musicians,” she says, “and through the Roland sponsorship, they got me a job at Science World AMPED. There was a VIP party that I played for some of the biggest music professionals in BC. So that’s how I met the Bob D’Eith of Music BC, that’s how I met some festival coordinators, that’s how I met people from The Peak, that’s how I met some members from Hedley, that’s how I met Hey Ocean!, that’s how I met all these people.” The industry professionals from Music BC would later receive Chersea’s application for Canadian Music Week, which she was subsequently selected for. “I represented BC as one of six musicians that they sent to Canadian Music Week, which is the biggest festival of its kind in Canada. And I just came back from that.”

One of the best things about the LAUNCH Festival, according to Chersea, is the opportunity to make contacts and connections with other artists who are starting out. “Dancers look for paying gigs. Musicians look for paying gigs. Videographers look for paying gigs. Artists look for paying gigs. Everyone’s looking for the same thing, and because we’re starting out and we have no money, why not work together so our names all go together, and we push each other up?” suggests Chersea enthusiastically. “And I think that’s what LAUNCH is, I think it’s deeper than just ‘here’s a launching pad, you’re just going to get famous,’ because that’s not realistic; that’s not what happens. It allows you to network and delegate and help each other out.” As Chersea notes, “We need that base where we’re all interconnected and we all use each other, but in the best way; to self-promote and co-promote. So that’s what’s great about LAUNCH. It’s amazing.” 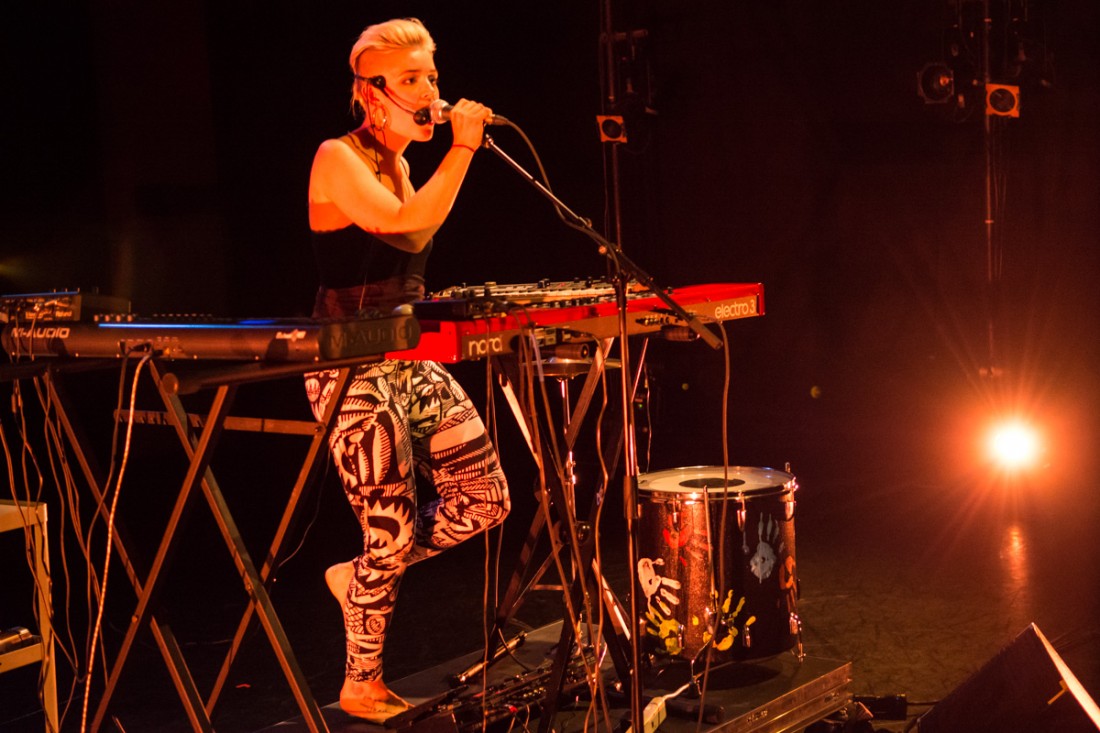 The other great thing about the LAUNCH Festival is the feedback. Chersea describes how music professionals were present during the workshop to provide her with constructive criticism. “They weren’t harsh by any means; they really wanted to give me boost. And so I took it and ran with it,” she says. “As soon as I did that, I started getting people who wanted to film me live, who wanted to shoot videos for me, who wanted to do all these things, because all of a sudden my set grew to all this digital pop ambient sound that I could make with my drum-pad.” The LAUNCH Festival is a chance for artists not just to prove themselves, but to improve as well. “You know how the cliché is ‘take it with a grain of salt?’ Don’t do that! Take this information, really really use it, and care about it,” advises Chersea to this year’s participants. “Take every moment you have available to you through this festival and go at it head-on. Because there’s going to be a sh*t-load of people in the audience that you had no idea existed. People that really matter.” Chersea laughs. “Don’t underestimate the ‘small’ second year of a festival. The first year was crazy. And I can only imagine it’s getting bigger and better.”