Words by Alicia McLean
Photos and video by Ash Tanasiychuk

“A process is a process is a process, it falls into itself,” explains Claire French, the organizer of Project CPR (Choreographic Practice and Research), which is a choreographic lab for movement research that is now in its fourth year. As French explains, choreographers need to practice too; she has created the space for ideas to be tested, examined, reworked, fleshed out and collaborated upon. It’s ethic, she says, is “learning process by exploration, not from a craft perspective, but with a focus on practice.” 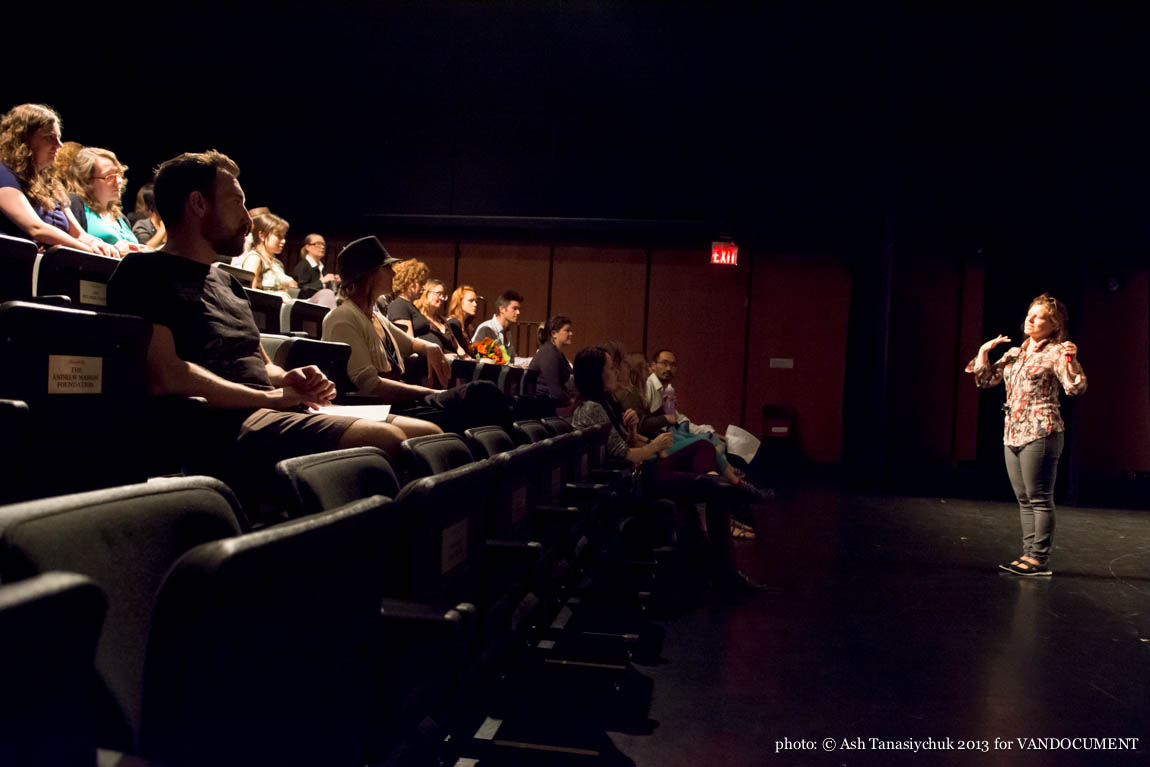 As an outsider of the dance world, I was introduced to the project by Hailey McCloskey. It is her work, titled “Re-wild”, that drew me in. Through witnessing McCloskey’s piece, alongside works by Lisa Hostman and Phillipa Myler, which evolved over two performance and feedback sessions, I came to find the overarching ethic of CPR equally important.

Hailey McCloskey is many things. Dancer, choreographer, VANDOCUMENT writer, all-around wonderwoman, a personal friend and fellow Anthropology graduate, which is perhaps why I found “Re-wild” so intriguing. The piece emerged, to me, as an exploration of structural and spatial relationships, driven by intense and emotional physicality. In her own words, McCloskey wanted to explore “the concept of the sensitive and earth-connected body and how it adapts to the structures, both tangible and intangible, of urban life.”

I experienced Stage One of CPR with no idea that I would be writing about it months later. McCloskey’s piece in the first stage was wildly explorative. Stage Two boiled down the most interesting movements and valuable concepts to a seventeen-minute performance, divided into two ‘acts’ by ten seconds of darkness.

The dancers for Re-wild in Phase Two were Carmel Amit, Lesley Kosinski, Kara Nolte, Siobhan Sloane-Seale, and Nathan Todd. During Phase One I witnessed an almost entirely different crew, save Kara Nolte, with Eloi Homier Bergeron, Sarah Gallos, Aryo Khakpour, Anna Kraulis, and Sean Marshall Jr. Yet the ideas developed discernibly and carried through with an amalgamated energy.

McCloskey sourced original music from Clinton Ackerman, a local talent who worked quickly to create a fitting soundscape for Re-wild. In the first ‘act’ the piece moves from echoing industrial to rhythmic percussion with a shift from hypnotic swaying, punctuated by shocking falls, and synchronized with a bang. The commitment of each dancer to their ultimate tipping point causes a drop in the stomach, an incredible experience of witnessing the body go voluntarily into shock. As the drums rise and two dancers sweep backwards offstage, three are left to express their wild bodies to a full extent. The two who return are stiff and calculated, beginning to draw a body box with their steps and closing in on the other three. Their contained, constrained movement forces the three wild movers into a writhing, limited cube. The structures that determine our movement in a city proliferate from architectural, to social, to economic, to legal, and the list goes on. McCloskey’s work has dared me to reexamine and question those structures. It has made me hungry for some re-wilding of my own stiff flesh.

Hailey described the second act as “a study in tracking.” In 2012 she collaborated, as a dancer, in a film called Accidental Tourists by Body Research. Dancing in wilderness settings along the American coast has clearly influenced her interest in the “wild body” and she has extended this line of questioning to explore how it can be activated “within culturally structured urban spaces.” For Project CPR, McCloskey’s research was achieved through suggestions of ”quality” over particular movements. For example, rather than instructing to move in a set way, she wanted to see how “building energy in the cells, with urgency to the sudden movement” would be actualized by each dancer’s body. The result was a thought-provoking and visually arresting scene of self-questioning embodiment, clad in pedestrian attire.

Between the three choreographers, the evening provided an eclectic range of style, diverse emotional and physical outputs. Phillipa Myer’s choreography “centers around the idea of “perfection”… [and] deconstructing the physical structures of ballet vocabulary because that holds so much meaning for my own personal quest for perfection.” The dance seemed like the night-terror of a ballet student. At times it was tense and unnerving as hanging arms jerked back and forth like the spastic pendulum of a grandfather clock while raging guitars squealed. 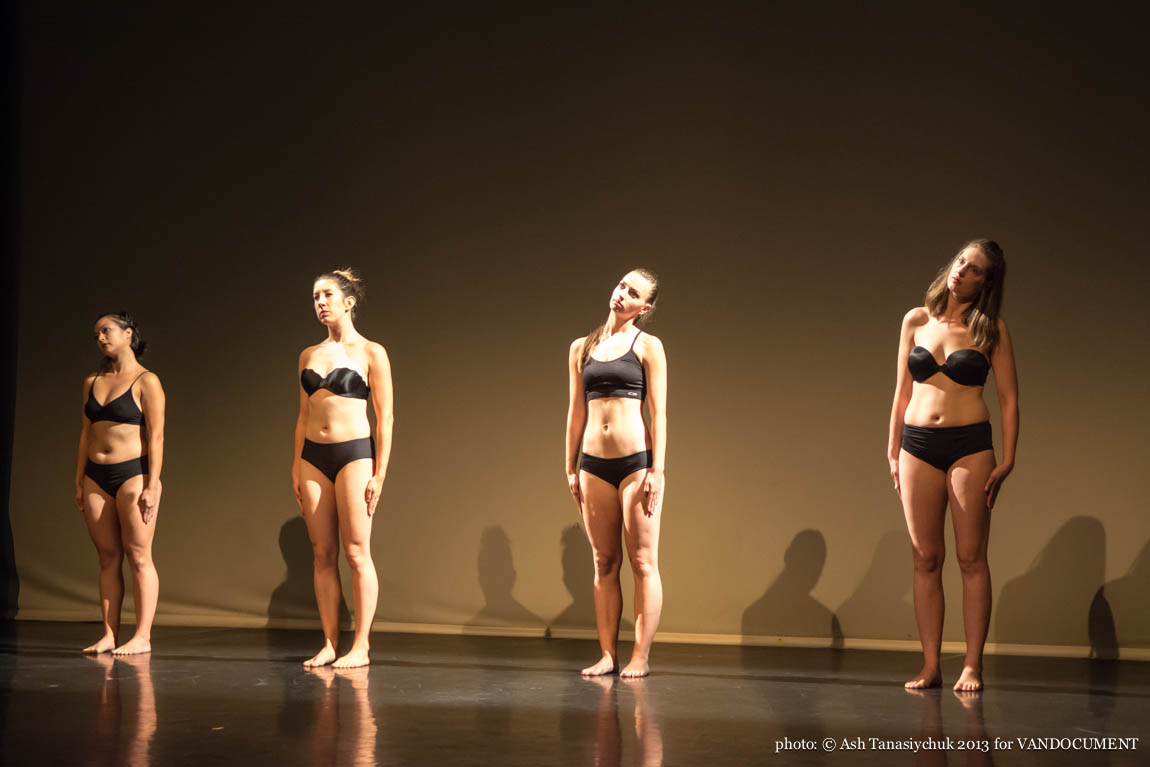 At other moments it became elegant and energetic, even humourous during a layering of verbal and physical instructions such as “point toe” and “present a teacup on your heel” were played out satirically behind the scene of student and instructor. I found the work to be intensely personal and even self-deprecating, yet pointedly poignant. 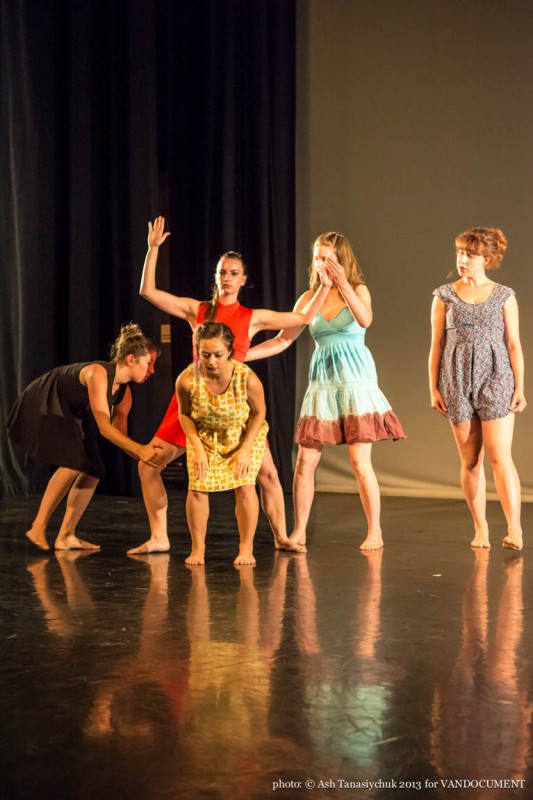 Lisa Hostman’s romantic body-blending duet, performed by Kara Nolte and Katherine Carlberg was a revival of an old work. Claire noted that the acronym CPR was not accidental: the process sometimes breathes new life into old work, as much as it explores fresh innovation. 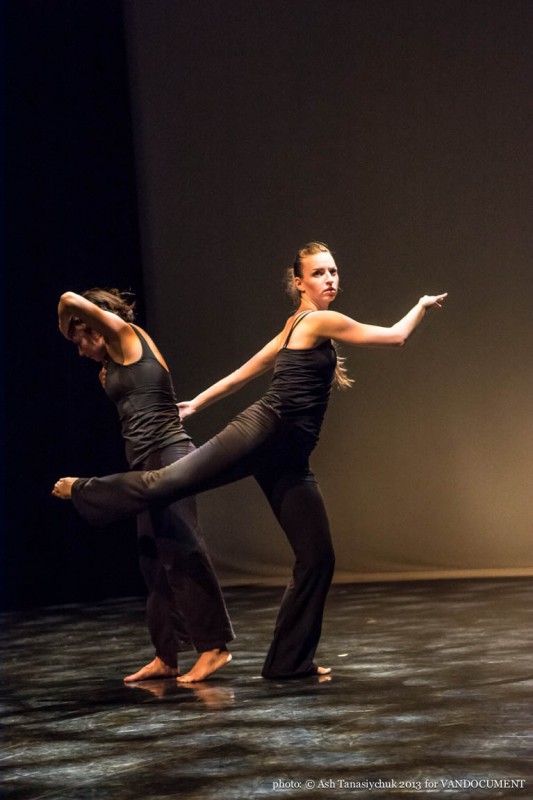 Kara performed the routine twice during Stage One of CPR, once with a male dancer Eloi Homier Bergeron, providing a compelling contrast. This time, the feminine duo explored tenderness and heart wrenching resistance – tension in tandem. 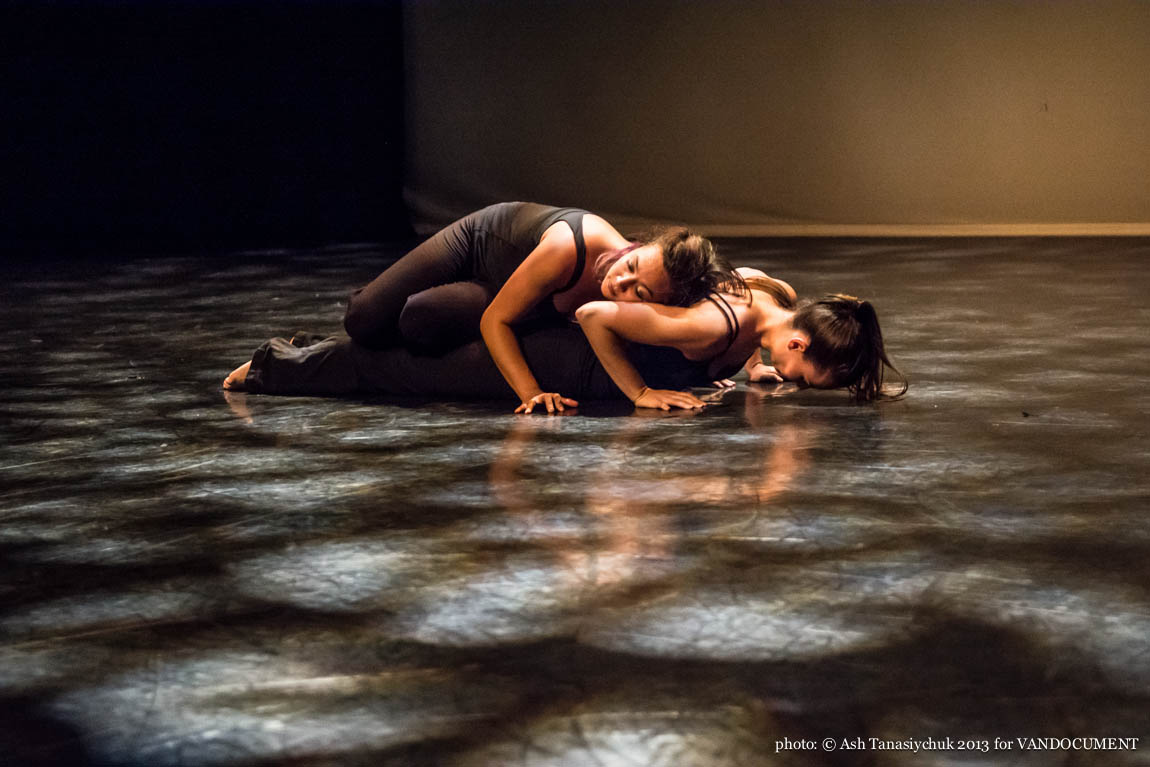 Project CPR 4.1 & 4.2 continues to support emerging choreographers and dancers, while allowing accessible engagement with processual dance research. The dynamism of choreographic research makes the emerging physical conversation all the more exciting, for viewer and collaborators alike. 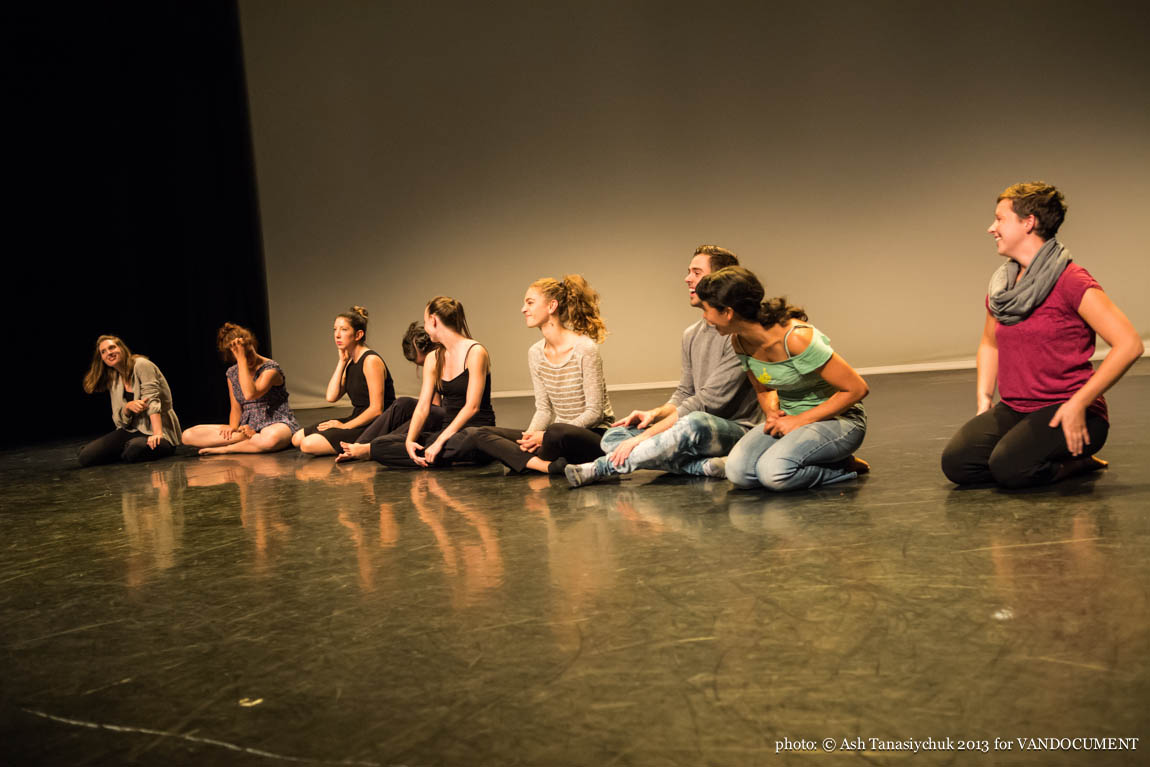