Words by Jack Garton
All images courtesy the artists 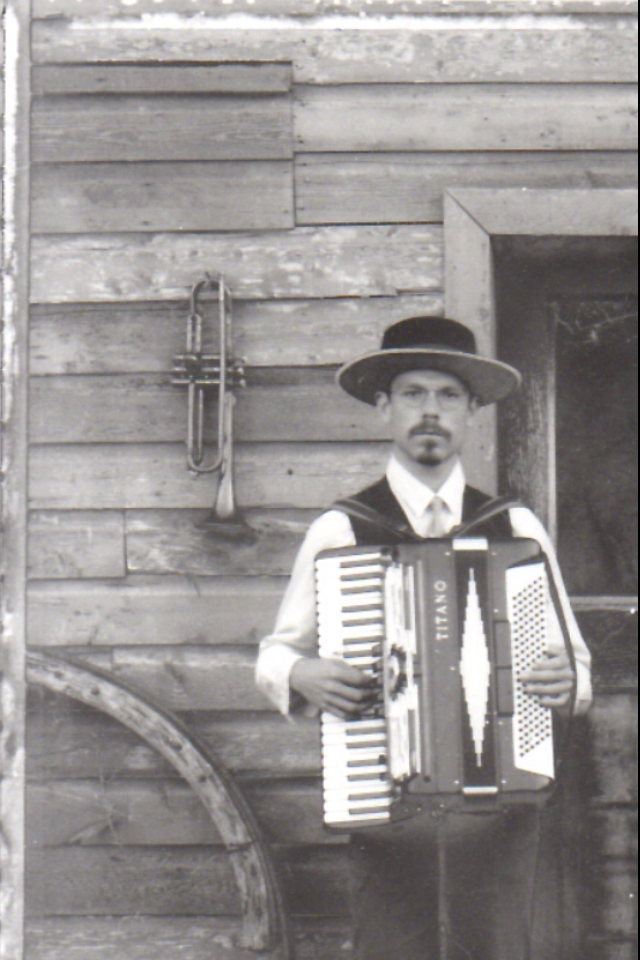 Maria In The Shower’s Jack Garton. Image courtesy the artist

Jack: First of all, as a young Vancouver accordion player – or anyone for that matter involved in music or other cultural activity – I feel like asking: is there any hope for Vancouver? As venues continuously shut down around the city (Richards on Richards, Sugar Refinery, Starfish Room, Marine Club, Cafe Montmartre, Red Gate, Waldorf, to name some) and others teeter precariously (Zoo Zhop, the Rio, Wise Hall, Prophouse), people involved in creating culture are clearly fighting an uphill battle against interests to turn the whole city into one big Investment Real Estate project. Should we continue fighting? Is there any hope? If so, what is our role as APWLWAB (Accordion Players Who Like Whiskey And Books)?

Geoff: Well, there’s hope. But it’s a bit elusive right now. Condo development seems to be squeezing out every other form of economic activity in Vancouver these days. People need to be aware that this is not “the market” or “the economy” doing this, but specific city policies. Most importantly, the practice of re-zoning land for condos pretty much for free, when developers ask nice. This is what’s bulldozing everything, and forcing the surviving venues to be less generous with musicians and artists, because the rent is so damn high. Our role is just to hang in there.

Jack: You’ve been involved in making music for a long time in Vancouver, as a member of the legendary band Terror of Tiny Town and then as a solo artist, Geoff Berner. What were the forces that inspired you to strike out on your own, and how did you feel your role changed as a solo artist?

Geoff: People could hear the words better when I went solo. And it cost less to tour. Things started to take off.

Jack: I want to call this question: Songwriting Potholes, Booby Traps and Desolate Dead Ends. In your opinion, what are the biggest mistakes a developing songwriter makes?

Geoff: Using that easy cliché. Try to write a song that hasn’t been written before. Reach into the details of your life to find that song. Like Orwell says about writing in general: if you find yourself writing a line that sounds kinda like something you heard in another song, throw that line out and try again. And never, ever talk about “angels,” or the “rain.” Please. 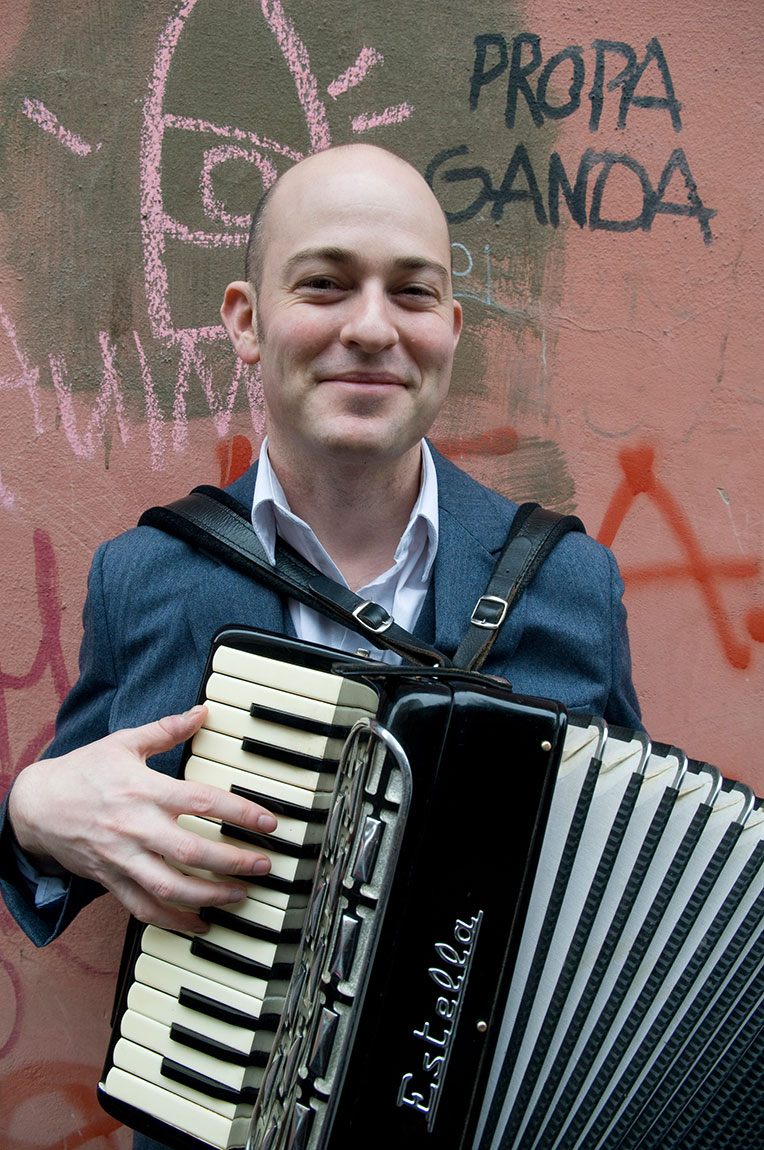 Geoff Berner, one of the founders of Vancouver’s Accordion Noir Festival, is currently in Norway in the Berner Industries Blimp assisting the Kaizers Orchestra in their triumphant farewell tour. He will be returning to Vancouver next month to launch his new novel Festival Man. Come to Pulp Fiction Books on Main St. for the official first reading, wine, cheese, and book signing on Oct 12. 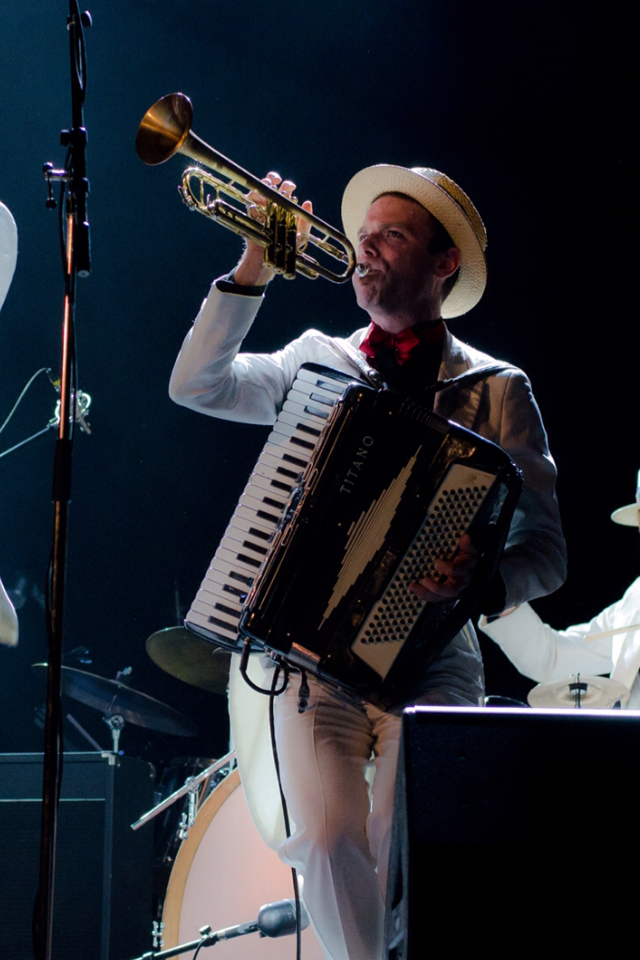 Jack Garton has been professionally roustabouting within Vancouver’s arts and music scene for many years, when not touring Northern and Western Canada and America, or perfecting the craft of the one-handed diaper change. You may have seen him perform with Maria in the Shower, or Blackberry Wood, or the Dusty Flowerpot Cabaret. He is unveiling a new act called Jack of Hearts at this year’s Accordion Noir Festival, Sat Sept 14 as part of a show called Rebel Bellows, with San Francisco’s Renee de la Prade, and Burcu Ozdemir‘s Something About Reptiles. 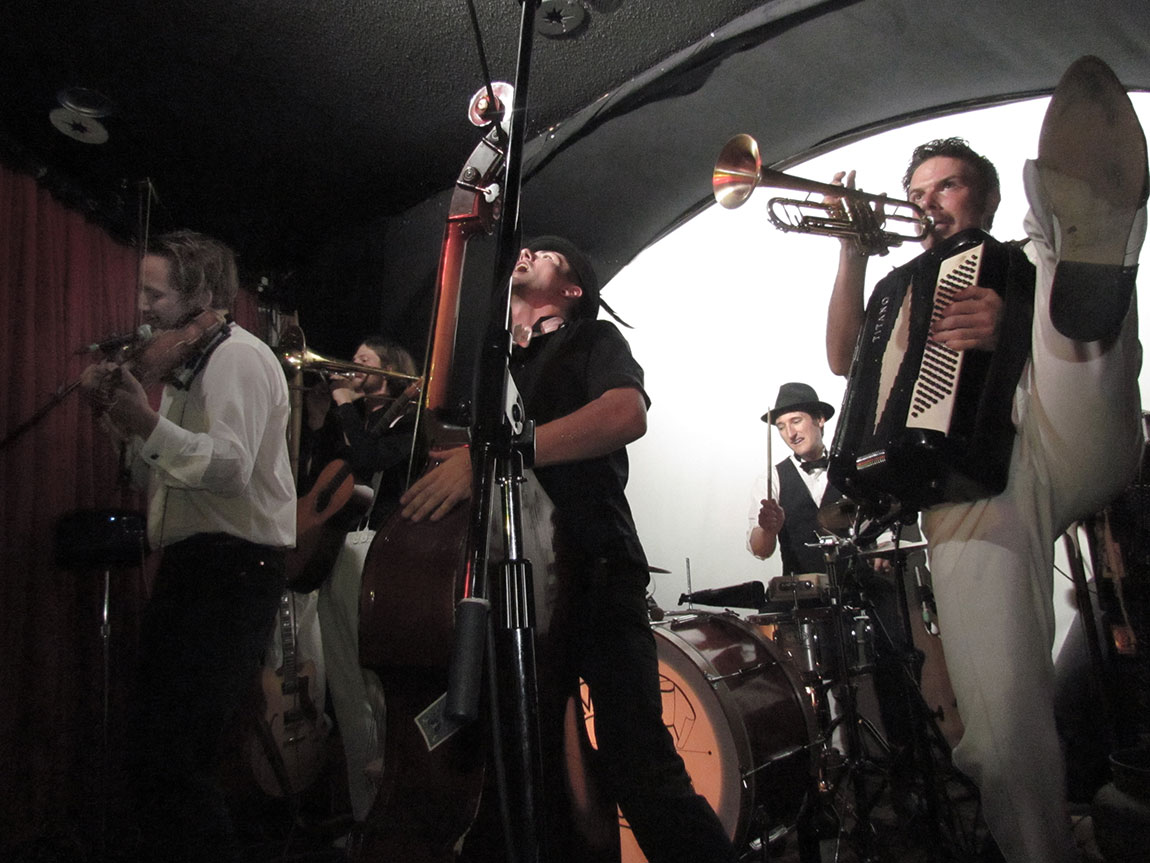 Clear Out The Garage! It’s Time For A House Concert