Whatever This Is It Won’t Last Long

Words and Photos by Risa Yamaguchi

I went to the new space for UNIT/PITT Projects, 236 East Pender street, in Chinatown. I didn’t know they had moved; luckily, the new gallery is only a few blocks farther on the East side.

Curated by Zebulon Zang, I was excited to see what was in store for Whatever This Is It Won’t Last Long, which featured Brad Allen, Scott Kemp and Gregory Ligen’s works. 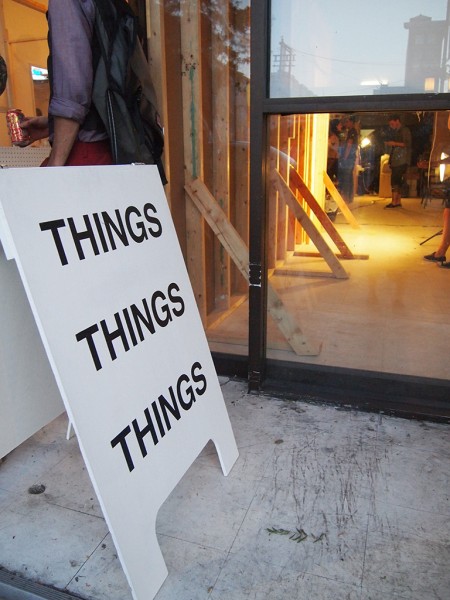 Once I arrived at the new space, there was a space within the space (a building within a building). In order to get into the building, spectators had no choice but to go through the space that looks like a miniature pop up shop. 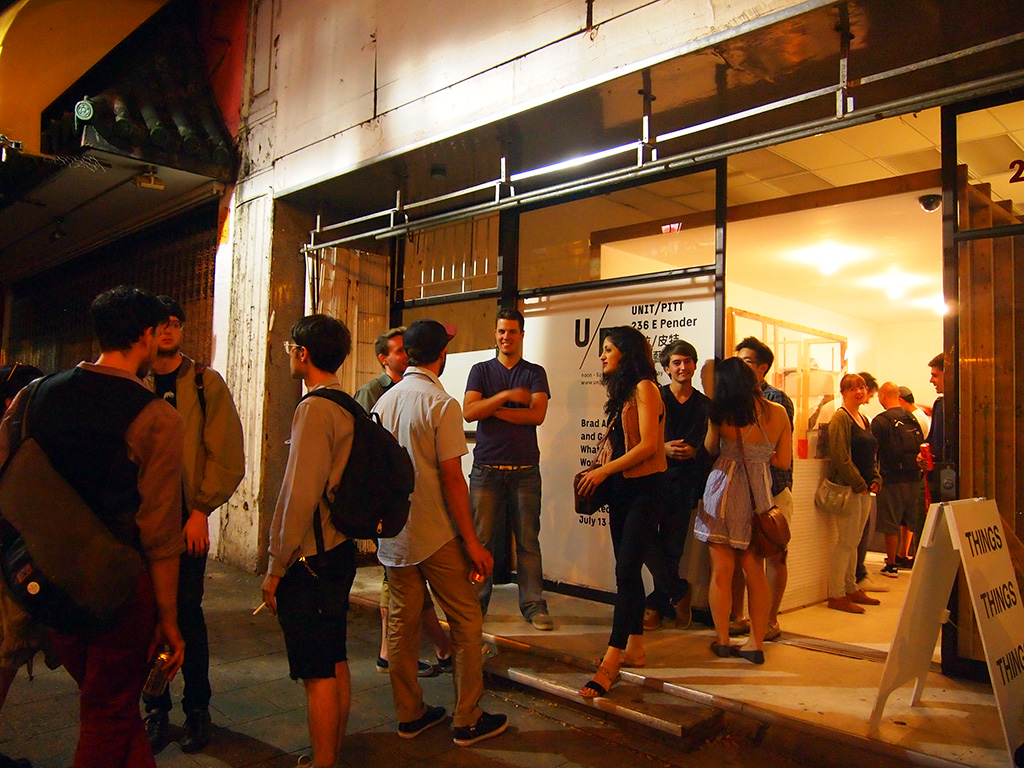 In the shop, there was a person inside the cashier booth, t-shirts printed with broken up form letters for sale, a small TV monitor hanging down from the ceiling, an ATM machine in the corner of space, a painting of toilet scrub leaning on the booth, and a wall installation. There were already so many things placed and happening in the tiny confines. 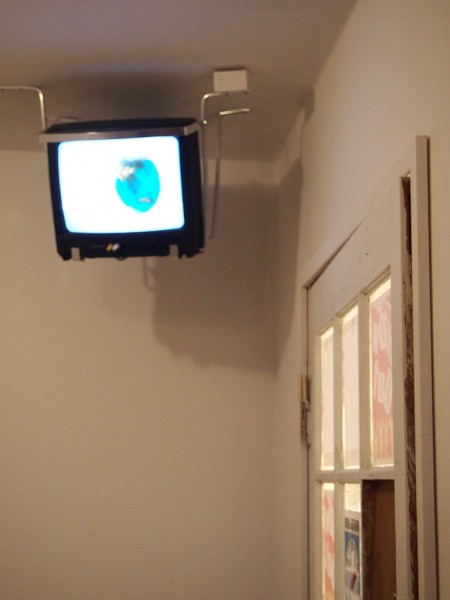 Looking again, I noticed there was a door where spectators could go inside UNIT/PITT Projects’ new establishment. The building used to be a two-leveled Chinese supermarket with a basement, so the space looks pretty amazing. Scott Kemp, one of the artists who is currently studying visual arts at Emily Carr University of Art and Design, seemed interested in providing new context to the space by using preexisting objects in the building. 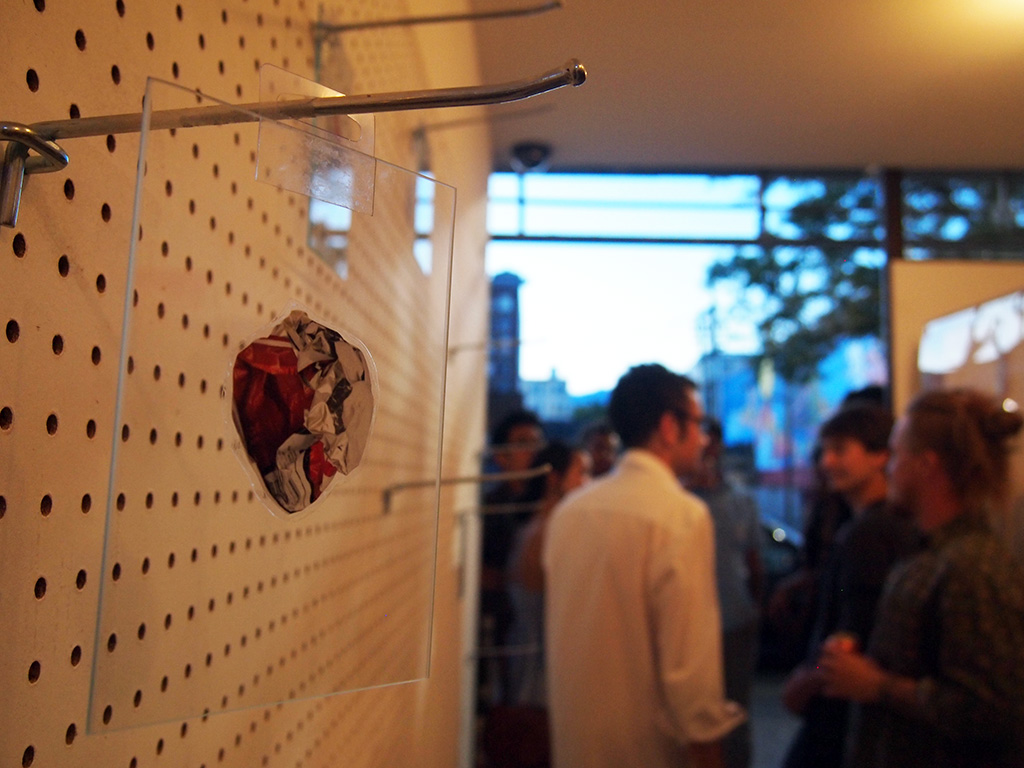 ‘Whatever This Is it Won’t Last Long’ is held till August 18th at UNIT/PITT projects.

Dancing and Advancing to the Edge