One week tech camp teaches youth filmmaking with a purpose

Sitting with the instructors of Video Revolution! in the trendy yellow chairs of VIVO Media Arts Centre, I admire the bright, sunlit classroom-to-be. Panoramic desktop iMacs: check. Compact DSLRs: check. Pair of enthusiastic and quirky teachers: check. So, what makes this week-long (Aug 5-9) workshop different than the others in Vancouver? 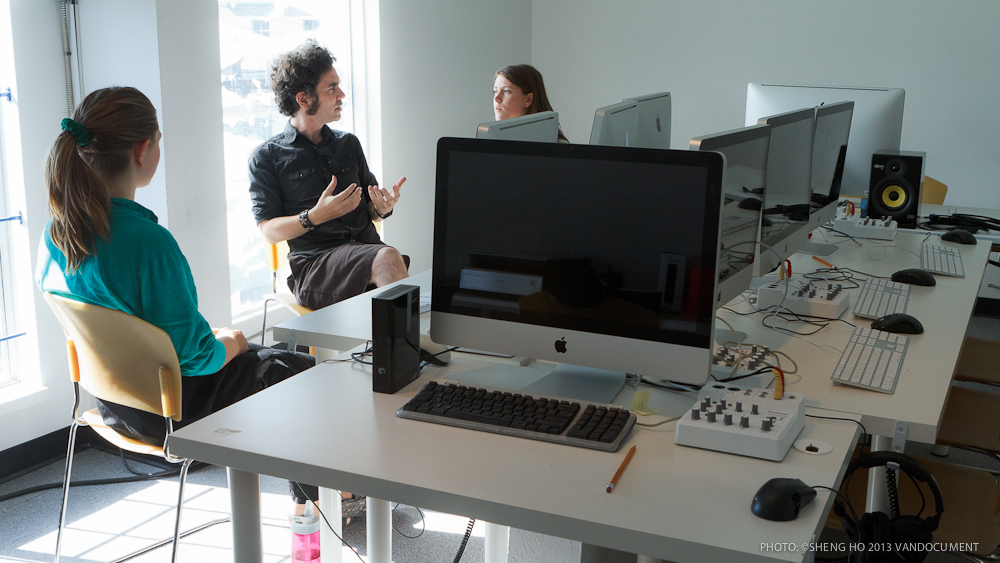 “I like the fact it has a social and political mission. While most facilities are only focused on the technical aspect, VIVO has an outside perspective, and it’s meant to be inclusive. All that is really important,” Flick Harrison explains, his excitable eyebrows shooting up to a tower of hair, reminiscent of mad scientist. Flick has an impressive portfolio of films. He describes his work as filmmaker, teacher, documenter of events and dance, and Arts Umbrella contributor – oh, and science fiction writer, if that wasn’t enough. 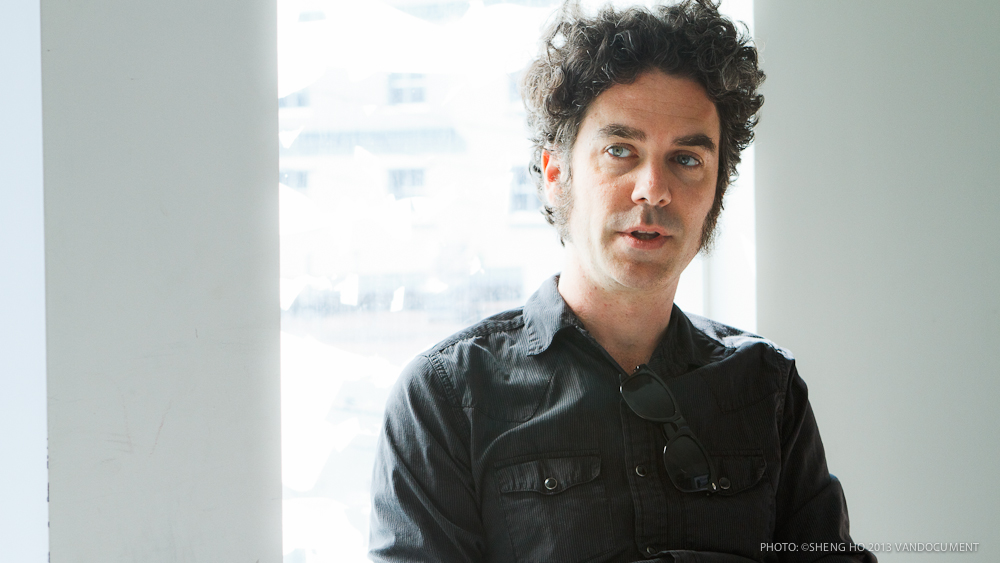 Frances Breden chimes in, “What I hope to see is teens feeling empowered, but also, having fun [by creatively responding to] the media that’s coming out at us everyday.” Frances spent many years volunteering at VIVO as a youth and is eager to pay it forward. With the laid-back air of experience, she emphasizes teaching media literacy to break down the messages that we absorb, almost subconsciously, everyday. When teens learn the trade of making visual media, they can recognize the illusions of media, lessen its automatic influence, and use that knowledge to disseminate a message they find important. 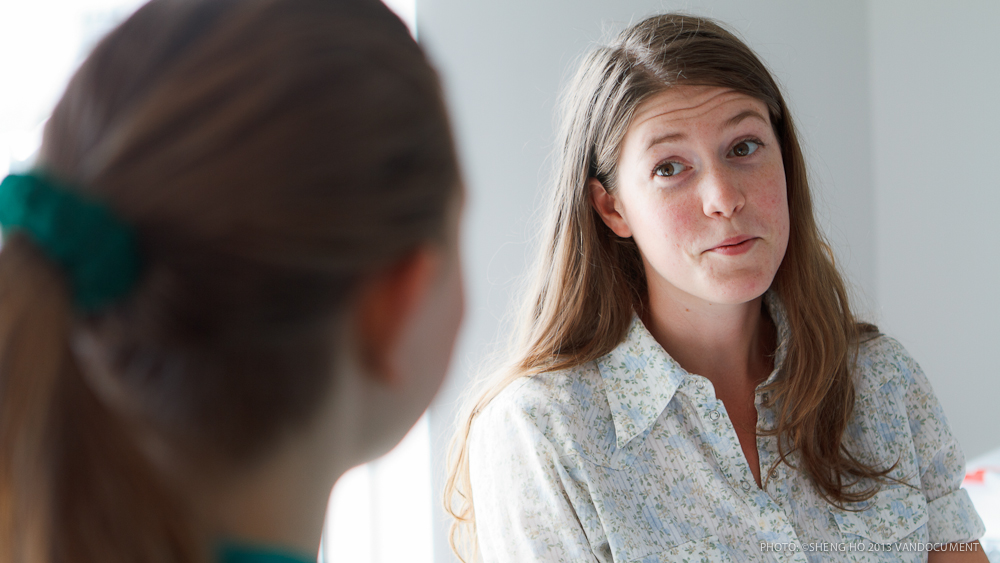 Plus, VIVO’s youth camps provide a smaller class size (the camp is limited to only 14 students) which will allow more individual attention. “Flexibility is the main advantage,” says Frances. “We get to work with all the kids and their ideas, unlike a camp with 40 spots. Whatever skills they want will emerge from the kids themselves.”

Youth will work with DSLR cameras because of their relative accessibility for highschool students, learn film editing on Adobe Premiere Pro and create two short films. The first, a 1-2 minute film, will involve taking a project from start to finish; to show the process of scriptwriting, filming, editing and creating a polished final product. The second, a 30-45 second film, will be more fluid and interactive, with experimental leeway, discussion forums and multiple edits. 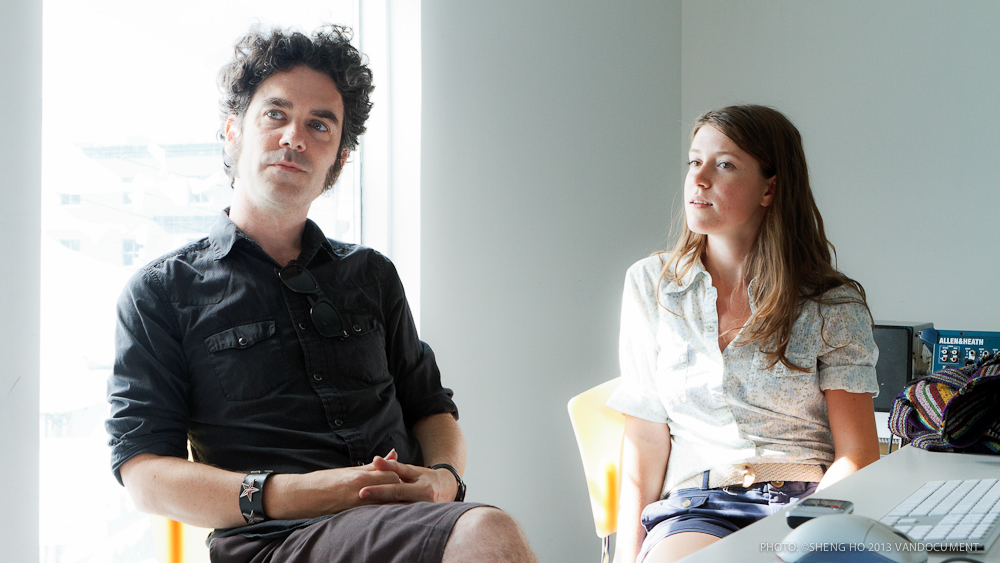 The students will also learn about distribution and promotion, with an emphasis on the directness of social media. Film festivals and youth contests are definite possibilities, but the immediate goal is to go viral. Flick explains, “Part of the point is making real world impact and being proud of what they are sharing.”

Now that filmmaking equipment and technology is more accessible, emphasis can shift toward teaching skills and critical thinking. Flick has watched the evolution of technical competency from his first workshops, when he was teaching people simply how to turn on a computer. In 2013, he says, “It’s much more like poetry or drawing, where they know how to do it and I’m just helping them do it better. It’s way more liberating now, and much more exciting.” His favourite moments are learning from the kids, “keeping up to them is a fun challenge.” 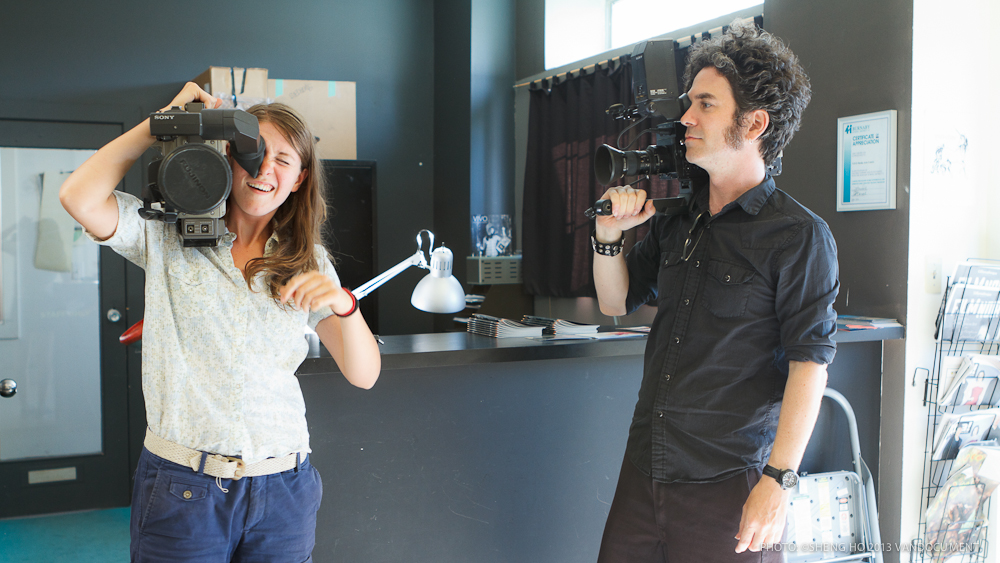 The possibilities are unlimited; comedy, futuristic science-fiction, mockumentary, PSA. Projects might be narrative, abstract, surrealist even. The point is to turn abstract and conceptual ideas into concrete and effective representation. Flick and Frances reference poignant satire as influences: Adbusters, Shitharperdid, the Juice Rap News, even Stephen Colbert and Jon Stewart. Fran reminds us, “VIVO is really special because it has a message-based way of thinking,” not just to look interesting, but to do so with purpose.

“I think it’s gonna rock,” Flick claps his hands together, “it’s gonna be rockin’. Its not a business-oriented film class. The point is to make a video you want to show your friends that isn’t cool because it has Justin Beiber in it, but because you’re making something hard hitting that’s really good.”

VIVO Media Arts hold workshops throughout the year. Video Revolution is the first of two held in August. It’s open to youth ages 13-18, teaching teens the creative and technical skills for increased media literacy and an understanding of techniques used to powerfully tell a story.

This program ends with an exhibition, where family and friends will have the opportunity to see what has been created during the week. This final exhibition and screening will take place Friday, August 9, 4:30-6 PM at VIVO, 1965 Main Street, Vancouver.

More information:
Flick Harrison flickharrison.com
Frances Breden vivomediaarts.com/education/people/fran-breden
VIVO Media Arts Centre vivomediaarts.com
VIVO has a 40-year history of supporting independent artist and activist film and video. This camp celebrates this legacy and passes these skills on to the next generation of creators and change makers. 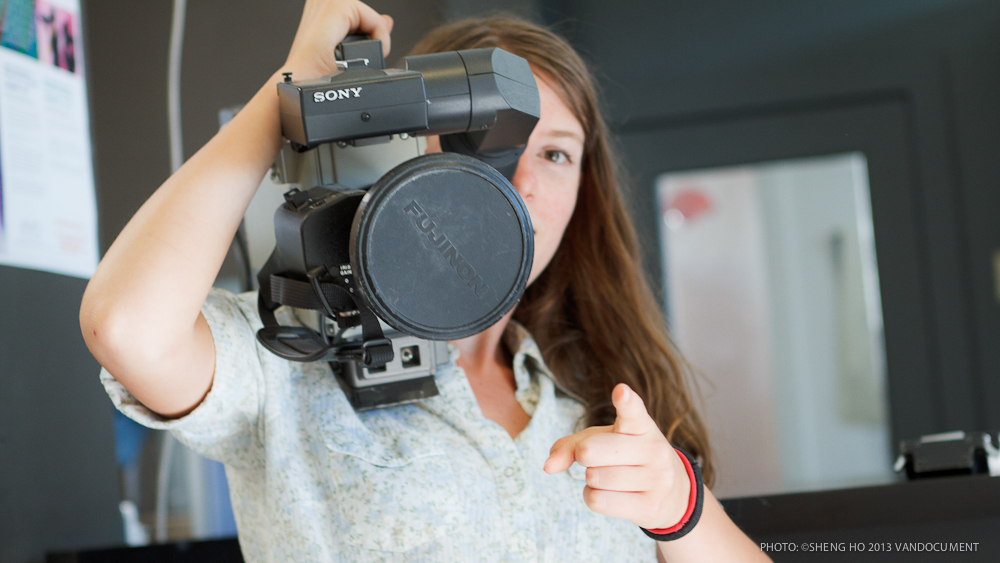 One Response to Video Revolution! Making Your Message @ VIVO