Words and photos by Yvonne Chew

On a Monday afternoon, while photographing a Music and Movement (improvisational music and dance) session organized by Ben Brown at the China Cloud Gallery, I noticed that the art work around the room was made from wood.

A large piece of art that sat on the wall behind the couch I was sitting on was curious: it seemed to have creatures in it! It felt as though they were part of the audience in the room. 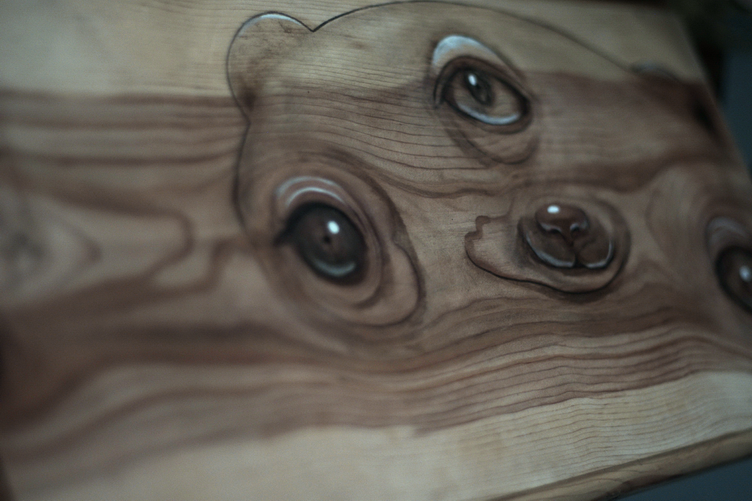 After the Music and Movement session, I asked one of the musicians, Colin Edward Cowan, if he knew who created the wood art. Colin said his name is Bradley Messer, and asked if I wanted to meet him because he was working at his studio which, conveniently, was in the Gallery. Colin told me Brad’s a really good guy and wouldn’t bite. 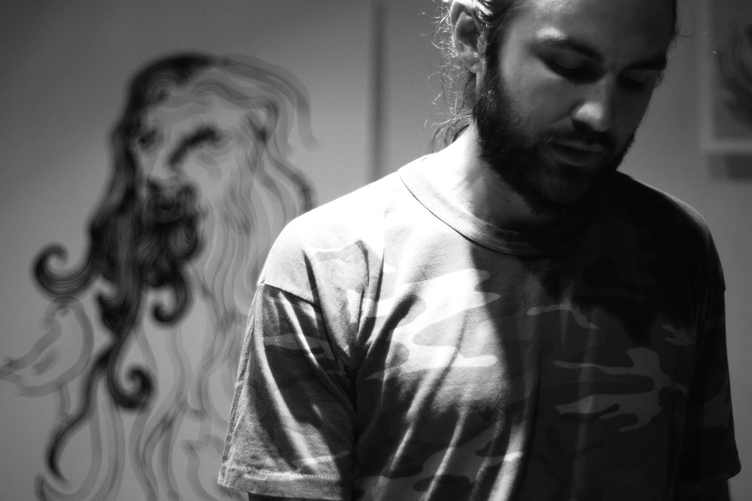 I ventured down the hall from the main gallery and into his studio: a room with a large table where a bearded man with his hair half swept and tied up was drawing on some wood pieces. He smiled and welcomed me into the room.

Bradley tells me that he feels the medium of wood has helped ground him as an artist, and like a tree, to his roots. He is a wood whisperer: he works with the knots to reveal creatures, characters and spirits that lay hidden in the wood grain. The language he has developed with wood creates a means by which he is able to continue conversations that he’s had with characters he has met through his life. 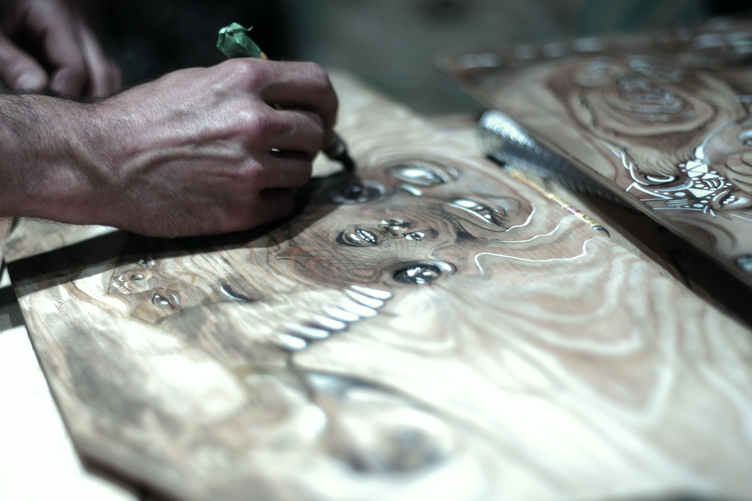 Some are morphed caricatures of people or animals he has met on the street. Many more come from his imagination. Ewoks show up occasionally too! He said the character-creation process is like looking for characters in the clouds. 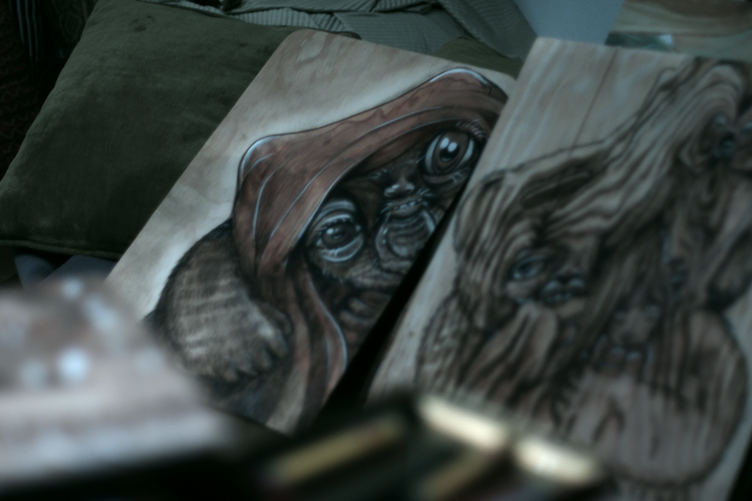 I loved watching him run his fingers through the wood, rubbing the marks he has made into the grooves, as the characters in the wood became visible to the viewer’s eyes. He showed me the rich beauty on the knotted wood he sanded and refurbished. These knots – which could be considered weak or depressed spots – came alive in his hands. 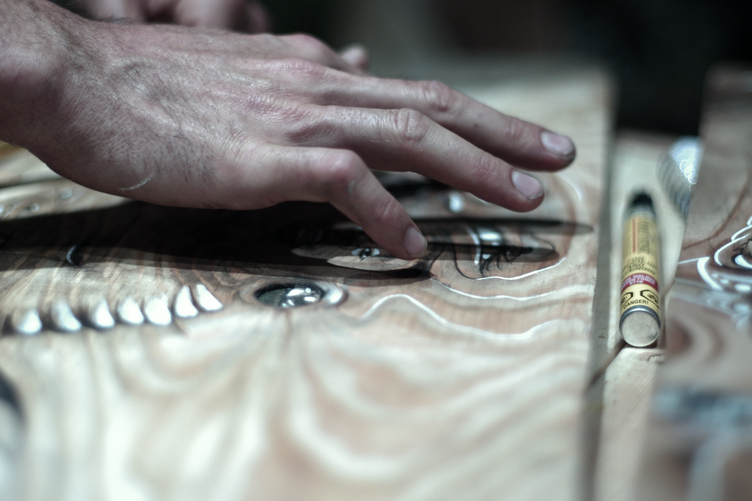 Bradley has worked with his art for seven to eight years and says that he feels ready to impart some of his process and knowledge to others who are interested as well.

He sells his artwork at the Vancouver Chinatown Night Market. This August, he is also showcasing his work at Bass Coast in Merritt. He loves the people at Bass Coast and will teach a workshop there on his process.

Thanks to Bradley Messer for letting me spend an afternoon in his studio. 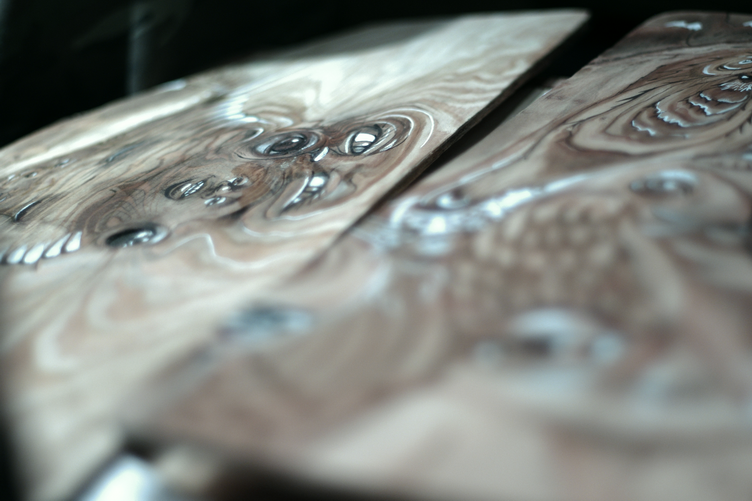 Check out these links for more info about the artists and events mentioned here! 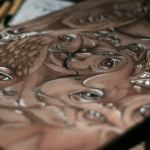 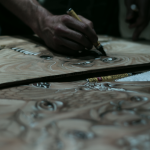 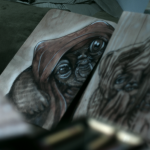 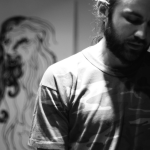 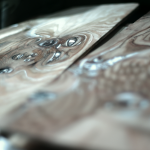 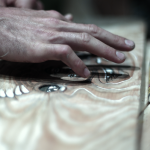 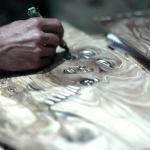 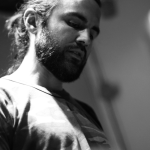 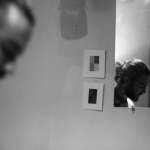 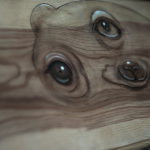