Revenge of the Art Show

Art inspired by movies released in 1984

Written and photos by Jen Kennedy

It sounded cool. I like cool. I like doing something social and out of the ordinary. So I go up the steps on this chilly Friday evening into the Hot Art Wet City Gallery. It’s warm; the walls are full of iconic imagery and rehashed impressions of films from 1984 only. 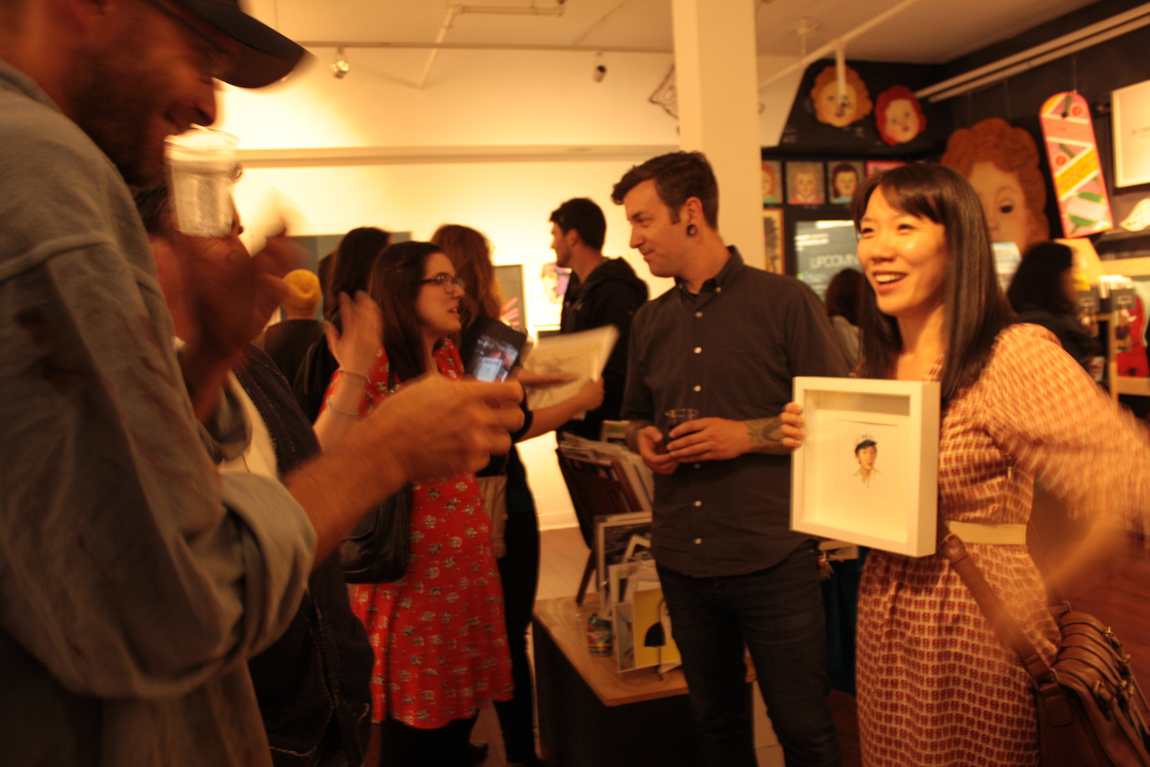 It’s amazing how many of them are famous. People are guessing which movie was this painting inspired by? Who was this character again? Did I even see this? Was I even walking by this year? Or born? 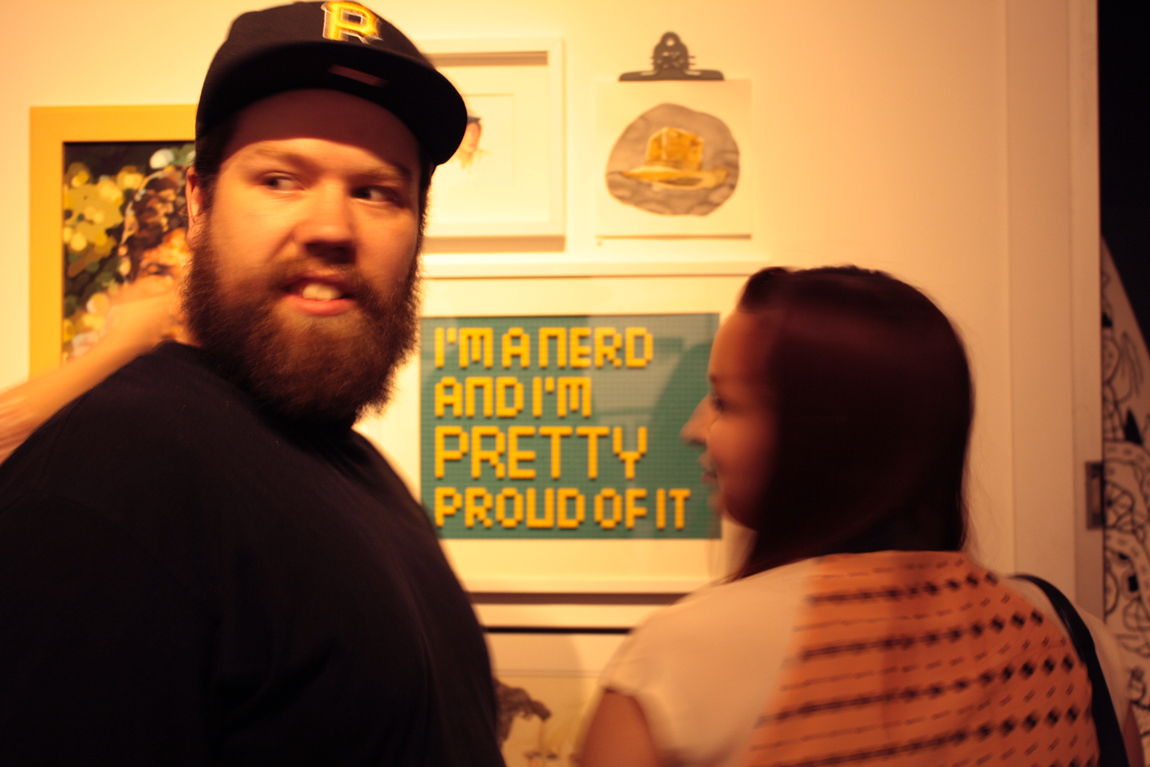 Whether you were or weren’t, it’s surprising how much of an impression these films have had on us. As all pop culture art does, it emulates and then defines and shapes us like a giant snowball plummeting forward gathering and dropping ‘stuff.’ Films from 1984 are definitely in the mix. 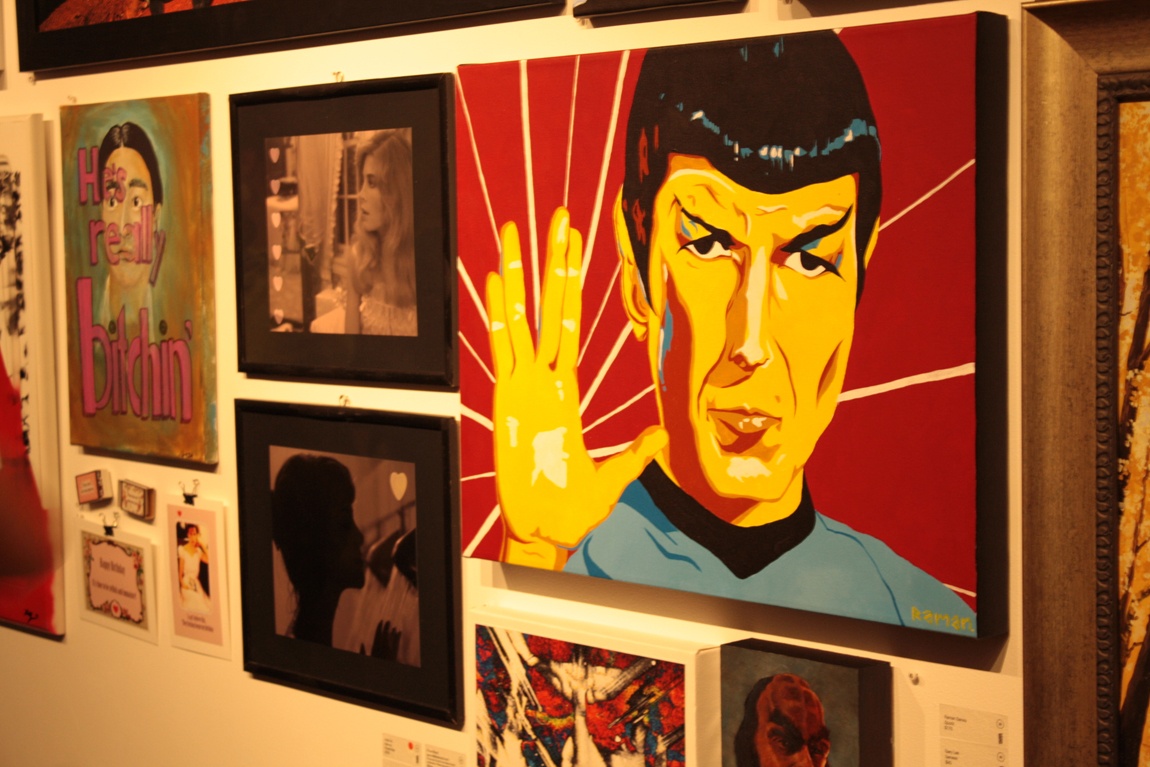 But it doesn’t really matter. “It’s for fun,” says Chris Bentzen, owner of Hot Art Wet City. And it is fun. The people are cool and everyone is giggling. There’s beer and wine and a projection of Revenge of the Nerds in the dark room. I’ve met some nice people and had a few laugh out loud moments. This is a great way to start a Friday night. 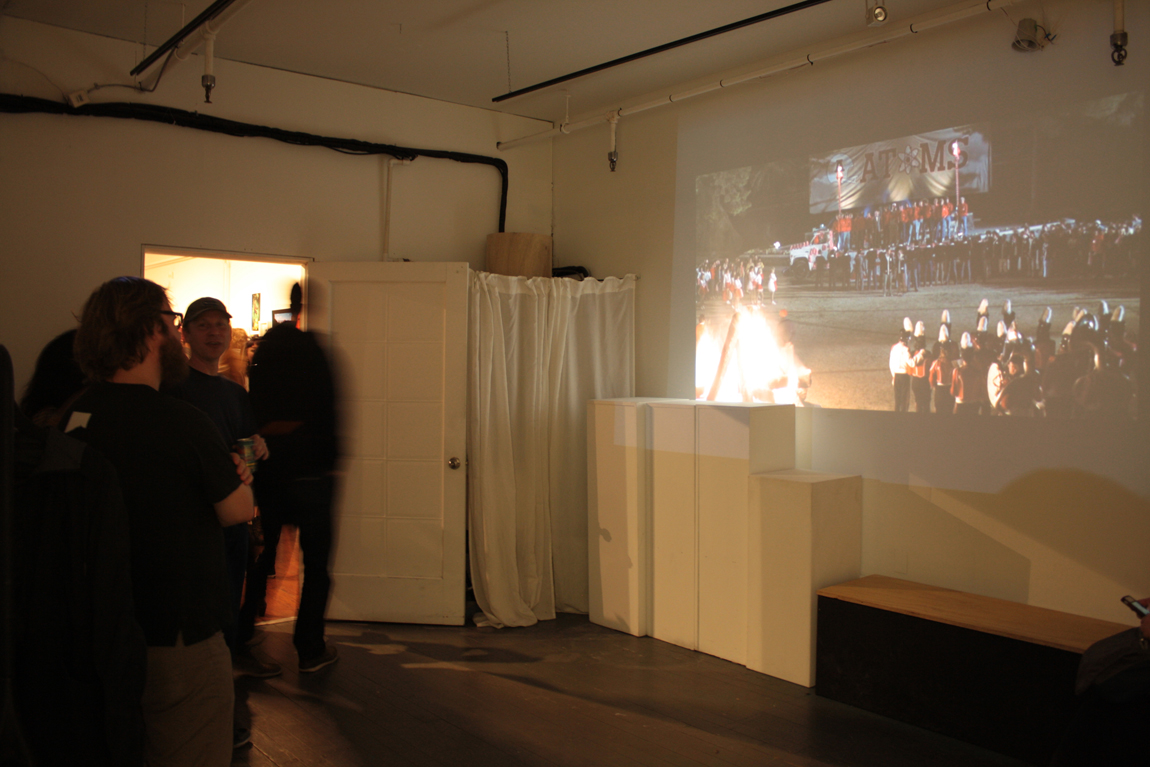 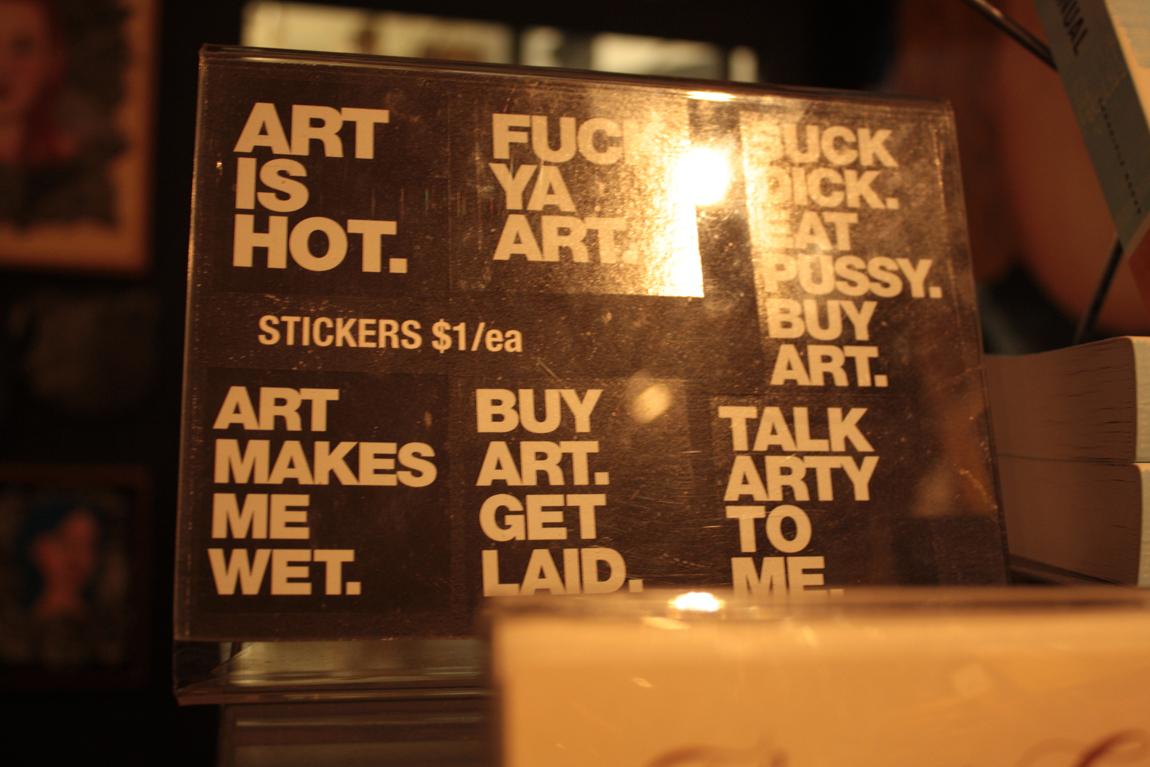